Creating the costumes for All Creatures Great and Small 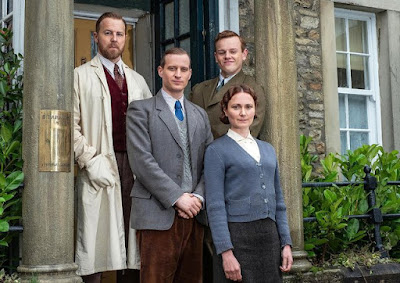 All Creatures Great and Small costume designer Ros Little talks to Stephanie Smith about creating the perfect 1930s wardrobe for the cast of the hit new Channel 5 TV drama series.

It is already an iconic TV moment. Newly qualified vet James Herriot is at Mrs Pumphrey’s house party, holding pampered Pekingese pooch Tricki Woo, when in walks farmer’s daughter Helen Alderson, wearing That Dress. It’s a peacock blue silk velvet gown and it’s a total wow, not least because, until this point, neither James nor the viewers have seen Helen wearing anything other than mud-spattered trousers and dungarees. 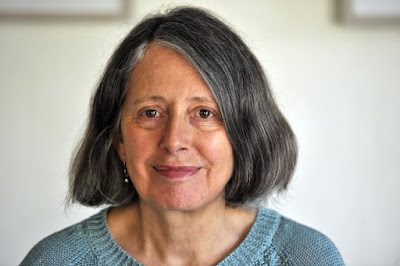 Ros Little, costume designer for the new Channel 5 adaptation of All Creatures Great and Small, had the blue dress made especially for that party scene, and for actor Rachel Shenton. “We wanted to have an astonishing change of mood,” Ros says. “I designed the whole look around her dress.”

No one else, cast or supporting artists, could wear the same shade. “There are a lot of reds, plums, browns, lovely rich colours of the period that work well with the house, Broughton Hall, where we filmed,” she says.

For her first appearance, Helen wears a pair of green corduroys. “She’s running the farm,” says Ros. “Women started to wear trousers in the ’20s. This is a strong woman in a man’s world.”

It was Ros’s childhood love of history, art and sewing that set her on her career path. Born in Fife, she trained in Costume Design at Edinburgh College of Art, then worked in Scottish theatres before moving to London in the 1980s to work on BBC dramas, including The Chronicles of Narnia. The BBC had a huge costume department at the time, although it closed around 20 years ago. 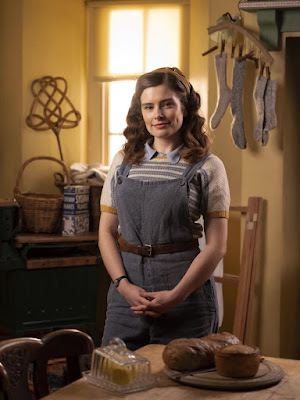 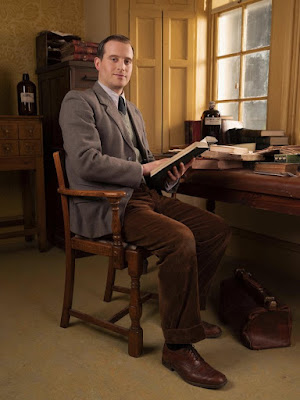 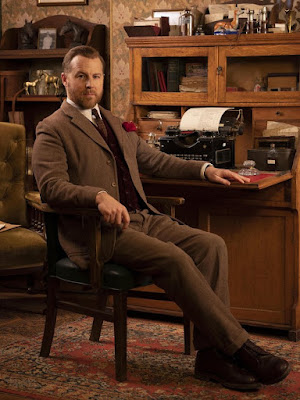 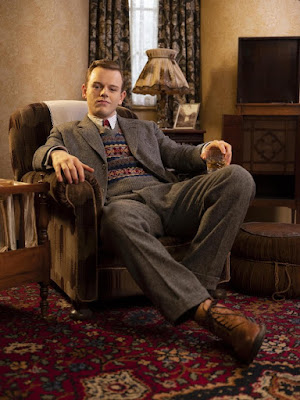 To date, Ros, who lives in London with her husband, theatre photographer Robbie Jack, has worked across the world on a stellar list of screen productions including The Last Kingdom, Poldark, Horrible Histories, The Thick of It, Hetty Feather and Inspector George Gently. “It’s very exciting to set up a series because you’re creating the look and it’s always a huge challenge,” she says.

For James Herriot’s look, Ros had an expert adviser on-hand in her brother, vet Dr Christopher Little, who had been a lecturer at the University of Glasgow School of Veterinary Medicine where Alf Wight, author of the novels, trained. The school gave Ros access to 1930s photographs including one of students with their professor, all formally dressed. 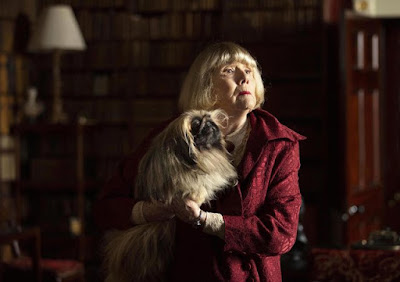 She also contacted the Veterinary History Society which put her in touch with some older vets, including one who had known Alf Wight. He wrote her a letter about his own experiences as a young vet in Yorkshire, giving valuable insight.

The first episode sees James, played by Nicholas Ralph, wearing a grey wool suit. It proves to be entirely impractical for farmyards when James slips in the mud (four copies were needed to film the scene). “He gradually moves into a more tweedy look and wears mostly corduroy trousers, which wouldn’t be what a professional man would wear but what farmers wore, something practical and washable,” says Ros.

Many of the clothes are hired from costume companies in London, particularly Cosprop, which the actors visit to get fitted and kitted. A vintage blouse might be copied and indeed many of the clothes are reproductions although suits, gowns and knitwear, which endure, might be originals. “I much prefer something that’s seen some life,” Ros says.

The overall looks were created in collaboration with director Brian Percival and individual cast members.

“Siegfried (Samuel West) is a very strong character. He’ll wear a lovely maroon waistcoat and a flamboyant tie and always has a brightly coloured handkerchief. We wanted those flashes of colour and that bit of individuality, a little bit dapper without being impractical.”

Tristan (Callum Woodhouse) often wears a natty sleeveless Fair Isle sweater. “Fair Isle knitting was very fashionable at the time and Tristan is a dandy, sitting on a haystack while giving a few words of advice, so he doesn’t get his hands dirty,” says Ros.

“Mrs Hall (Anna Madeley) is a woman on her own. She needs a live-in housekeeper role where there would be no suspicion that she was anything other than a professional woman, so she is always very plain and her clothes are sensible and well-used. The cardigan we see her wearing a lot, it’s darned and a little bit frayed, but it’s a practical garment she puts on every day. Occasionally, we see her wearing a print apron. That is based on photographs of women in Yorkshire. They wore the same things day in day out and had a couple of different pinnies that cheered things up a bit. And she has a lovely coat and hat but it’s backdated. We don’t really see her shape. We don’t want to draw attention to the fact that she’s a young, beautiful woman.”

Ros also dressed Doncaster-born Dame Diana Rigg, who sadly died two days after the second episode, featuring the famous house party, aired. To create the look for Mrs Pumphrey, together they experimented with different dresses, coats, turbans and jewels. “We tried on a few things until she said, ‘Right, darling, this is it’,” says Ros. “It was terribly sad. She was amazing. In the trailer, she just looked so wicked, and that was Diana.”

Filming started in Yorkshire last September and continued until January, with Ros and costume supervisor Joanna Beatty working on location with their costume team, staying in a cottage close to Grassington, which serves as Darrowby.

“I love the wild scenery,” Ros says. “If there is another series, which we hope there might be, it might film in warmer weather and we will see more original print dresses. It was a very good atmosphere. Everybody wanted to create something very special because the books are lovely, charming stories.”

All Creatures Great and Small continues on Tuesdays at 9pm on Channel 5. 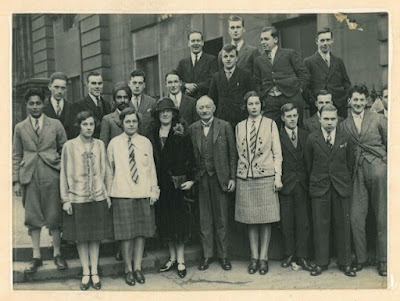 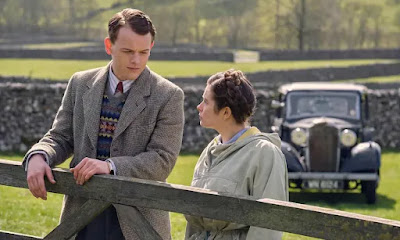 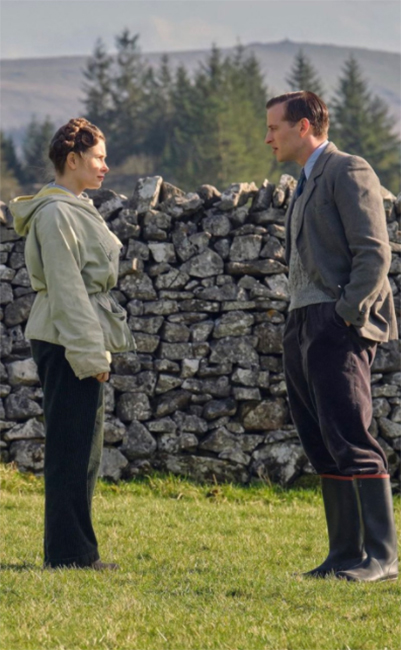 All Creatures Great and Small returned for its second series on Thursday evening and while viewers were thrilled with the first episode, many spotted a blunder with one of the star's costumes.

Helen, played by Rachel Shenton, could be seeing during the episode wearing a khaki coloured coat, however fans watching at home couldn't help but think it was out of the place for the show's 1930s time period.

One person wrote on Twitter: "Helen rocking the 'Leia on Endor' look there… #AllCreaturesGreatAndSmall", as another said: "I'm sure Helen's coat isn't from the 1930s."

A third echoed this thought, writing: "That jacket that Helen is wearing doesn’t seem fitting for the time period #allcreaturesgreatandsmall."

Many more couldn't resist poking fun at the wardrobe gaffe. "With that coat, Helen looks like she is off on a skiing holiday in Norway #AllCreaturesGreatandSmall," tweeted a fourth while a fifth fan quipped: "#allcreaturesgreatandsmall never knew hoodies were invented in the 1930's lol."

Despite the coat, audiences were overall delighted that the Channel 5 drama was back for more episodes. "Great to have @AllCreaturesTV back on our screens! Fantastic first episode of this new series! #ACGAS #allcreaturesgreatandsmall," wrote another fan, with many more agreeing.

Based on the immensely popular novels by Alf Wight (aka James Herriot), the series follows a 1930s veterinary practice in a sleepy Yorkshire village and stars Nicholas Ralph, Patricia Hodge and Harry Potter star Matthew Lewis.

Speaking ahead of season two, executive Producer Melissa Gallant and series writer Ben Vanstone revealed that they are hoping the series continues for many more seasons.

"We're very keen," Melissa told HELLO!. "I've been in television 20 years and this really has been the best job in the world. It's such a family behind the scenes and just the material is so joyful."

Ben added: "We're very keen! There's plenty more to come. We will see what all the stakeholders say."

Thanks for sharing this! I’m delighted with this information, where such important moments are captured. All the best!