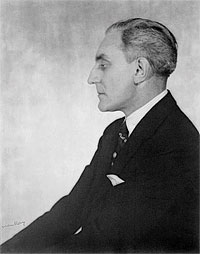 Comte Etienne de Beaumont (b Paris, 8 March 1883 – d Paris 1956), a leading figure in Parisian society, was famous for his elaborate and extravagant parties and masquerade balls. He hired many of the leading avant-garde artists to decorate his apartment and garden for these events, and designed many of the masquerade outfits himself. Entrances were orchestrated and music and dances were composed and choreographed specifically for each evening.

Beaumont was a generous patron and passionate about the arts. In 1918, he staged Paris’s first jazz performances using black American soldiers. In 1920, he assisted Jean Cocteau to stage Le Boeuf sur le toit, a theatrical event that incorporated circus elements. Before the First World War Beaumont and his wife Edith financed avant-garde films and ballets and later founded L’Association Franco-Américaine. In 1924, the writer Raymond Radiguet based the main character in his second novel, Le Bal du Comte d’Orgel (The ball of the Count d’Orgel), on Beaumont.

With the assistance of Cocteau and Léonide Massine, Beaumont presented the Soirées de Paris at the Théâtre de la Cigale in Montmartre, Paris. The season, from 17 May to 30 June 1924, combined ballet performances with poetry and theatre. Beaumont designed for one of these ballets, Le Beau Danube. Following this Beaumont went on to produce designs for Colonel de Basil’s ballet productions Scuola di Ballo (1934) and Les Imaginaires (1934), and for the re-staging of Le Beau Danube in 1940.
in National Gallery of Australia 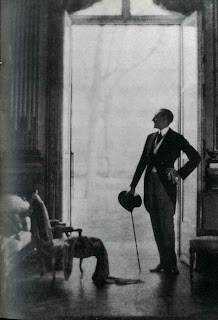 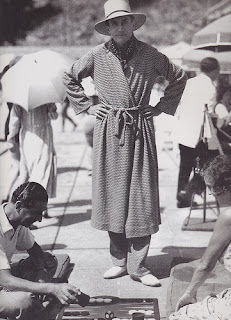