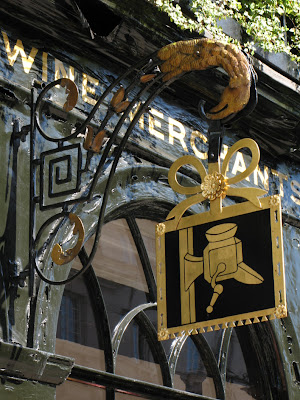 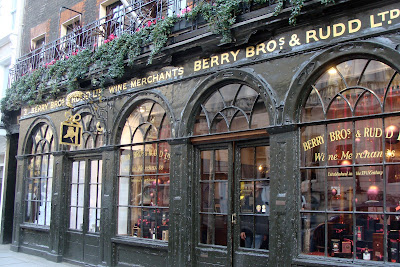 Berry Bros. & Rudd is one of Britain's oldest wine and spirit merchant: in 1698 it opened its doors for the first time at 3 St. James's Street, London, United Kingdom, and today it continues to trade from the same premises. The company also has a discounted store in Basingstoke, Hampshire and offices in Japan, Hong Kong and Shanghai.
Founded by the widow Bourne, the company has supplied the Royal Family since the reign of King George III. Berry Brothers & Rudd was his wine supplier then. First they sold coffee, and then coco, tea, snuff, spices, anything that was considered exotic and new, and became one of London's premier grocers. The proximity to St. James's Palace and the fashionable area they were in also helped.
A first Royal Warrant of Appointment was granted in 1903 by King Edward VII. Queen Elizabeth II granted her royal warrant in 1995, Charles, Prince of Wales granted his in 1998. Customers have included Lord Byron, William Pitt the Younger and the Aga Khan.
In 1923 it created the Cutty Sark Scot's whisky. The brand was sold to The Edrington Group in 2010. Under the deal, Berry Bros & Rudd acquired The Glenrothes single malt brand from Edrington. 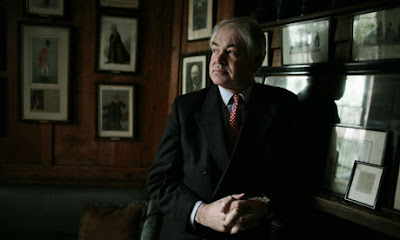 Simon Berry of Berry Bros & Rudd: 'We didn’t get something right in 1698 and cling to it. You have to adapt.' Photograph: Martin Godwin for the Observer

Berry Bros & Rudd: ready for new growth after maturing for 300 years
The Mayfair wine merchant, family run since 1698, is a venerable model for 'non-predatory' capitalism to follow.


Squint through the elegant arched windows of Berry Bros & Rudd's famous store in London and you half-expect to see sombre clerks using quills to scratch orders in the giant ledgers that fill its shelves.
But while the interior of the capital's oldest wine merchant, with its high panelled walls and cosy back parlour, has changed little since the shop opened more then 300 years ago in Mayfair, the family-owned business is preparing for a new era. The swollen ranks of Berrys, Rudds and in many instances new branches of the clans called "something completely different" means the ownership structure will have to change.
"There are 50 in the next generation," says chairman Simon Berry, who is a scion of the seventh generation. "We are looking very seriously at how to cope with this and at the different models used by other family businesses."
Berry says the family motto is "never stop changing": "We didn't get something right in 1698 and cling to it. You have to adapt; that is what family businesses are good at."
The store, No 3 St James's Street, is a postcard from Georgian London with the worn, uneven floor testament to the passage of the years. The dark wood and high desks make it feel like a club you need to pass wine exams to enter.
"Some people think the shop might be intimidating and if they pronounce the name of the wine wrong we will say 'off you go to Oddbins'," jokes Berry.
The price range of the thousands of wines on sale spans "supermarket top shelf" to "sharp intake of breath": two selections at random from the burgundy list might be a "zippy and lip-smackingly fresh" Maison Roche de Bellene that would give you change from a £20 note, or a £118 bottle from premier-league appellation Charmes-Chambertin.
The political debate about "predator" capitalism has seen alternative ownership models such as employee-owned John Lewis attract renewed respect – not least as a growing number of private-equity-backed firms sink under the weight of their debts. Dr Ajay Bhalla at Cass Business School in London says family businesses typically "don't grow very fast" but their willingness to invest over the long term means there is less "boom and bust". He highlights success stories such as Merck, the German pharmaceutical giant, and Warburtons the bakers. It is important that the next generation of owners is apprenticed in the business, rather than arriving out of the blue with an MBA, says Bhalla.
Fifty-year-old Berry, who started visiting the shop when he was five, became chairman after 30 years' service, in addition to several years working for wine producers such as Moët & Chandon and Mouton-Rothschild. "Family businesses don't exist to give jobs to unemployed members," says Berry firmly.
This commitment is perhaps one reason why the company has been able to weather both the South Sea bubble and the credit crunch. The walls of the parlour at the back of the store offer a walk through history, with framed prints of Spy caricatures from Vanity Fair lampooning the politicians and aristocrats of days gone by – ranging from a prelapsarian Duke of Windsor to the Aga Khan – who were also its monied clientele. There is also a gallery of Berrys and, later, Rudds, including Berry's great-great-great grandfather George, who boasts formidable sideburns.
"For a family business to survive you have to be very professional and go out and recruit the best non-family executives," says Berry, reeling off a list of outsiders including managing director Hugh Sturges and former Allied Domecq chief executive Philip Bowman. And ideas on how to integrate future family members into the business include forbidding those who don't work for Berry Bros, which last year had sales of £215.8m, from owning shares, or drawing up a code setting out stiff conditions to be met when applying for a post.
Last year's decision to sell Cutty Sark, the whisky brand it created in 1923, was "family led", says Berry, explaining: "We sold Cutty Sark while it was still profitable. We don't have the advertising budget to support an international brand so it was likely to be squeezed out."
Now it is concentrating on a diverse portfolio of luxury brands that includes The Glenrothes single malt, "No 3" London gin, liqueur The King's Ginger and its most recent addition, Pink Pigeon: an "ultra-premium" vanilla rum from Mauritius aimed at nightclub-goers.
"In a drinks portfolio you have to spread your bets," Berry says. "We were interested to see if the team we had could create something sexier."
Berry Bros, which is predominantly a mail-order business, tends to have regarded new technology as an opportunity. In 1994 it became the first wine merchant to launch a website and over the years has embraced blogging, social networking (sales director Simon Staples, "@BigSiTheWineGuy", has 3,700 Twitter followers) and launched the Berrys' Broking Exchange, an "eBay for fine wine" that lets customers sell and buy wines stored privately in temperature-controlled cellars in Basingstoke.
The web, says Berry has made wine "more democratic". "It offered customers who were fearful of seeming ignorant grateful anonymity. They can ask their questions to a computer screen."
Bhalla says strong "family governance" is key to successful founder-run companies: "How does a family view its role in the business? Is it there to spend or be a guardian of the wealth?"
Whatever the difficulties Berry Bros may face in the future, a family schism of that type is unlikely to be a problem. "We have disagreements but tend not to have rows," Berry says. "We have never had a vote: we reach a consensus."

1698 Established at 3 St James's Street, initially as a grocer.

1765 Weighing customers on the shop's giant coffee scales begins, with Pitt the Younger, Beau Brummell and Lord Byron among those taking advantage of the free service.

1903 Although the shop has supplied royalty since George III's reign, it is Edward VII that awards its first royal warrant. It creates a ginger brandy later renamed "The King's Ginger Liqueur" after the royal doctor requests something to ward off the cold when the king is out in his "horseless carriage". 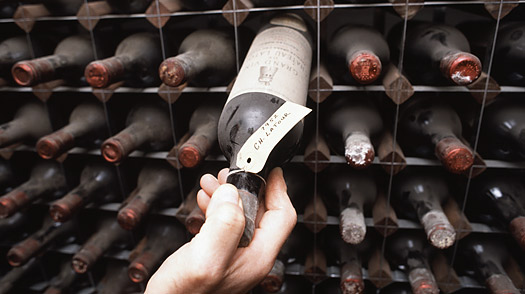 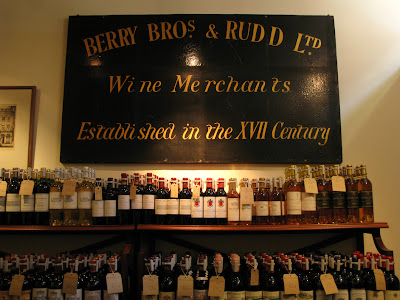 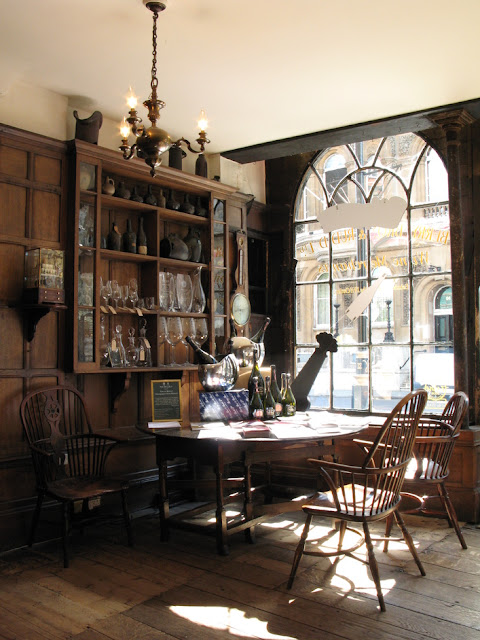 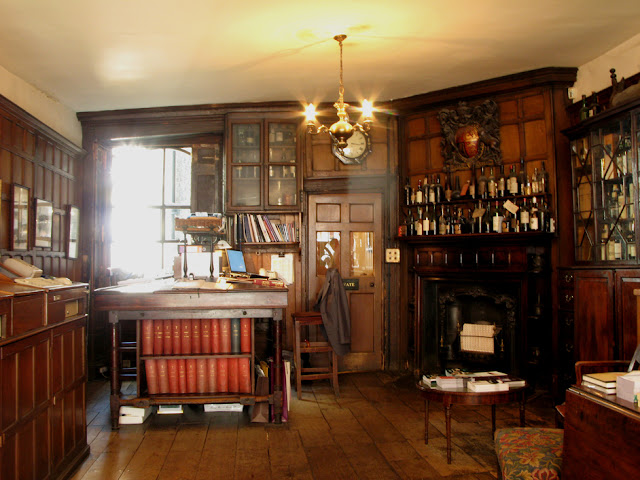 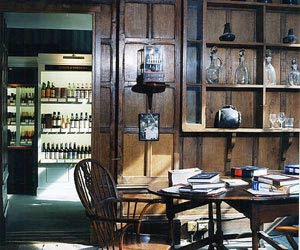 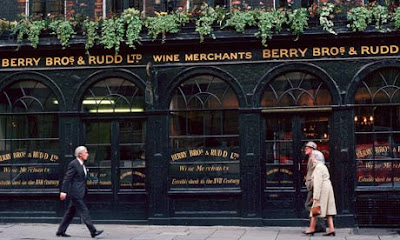 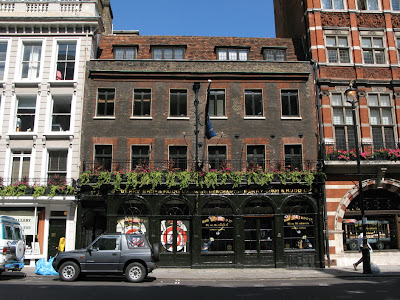