People often talk about the English language as if it is a thing to keep pretty – a petticoat that might be sullied by the spread of glottal stops, text-speak or slang. The latest to weigh in is the writer and critic Jonathan Meades, in a column mourning the decline of received pronunciation (RP). Meades argues that the accent – also known as the Queen’s English or BBC English – should be regarded as “a sort of glue, a force for uniting the country” and “celebrated as a tool of social mobility”.

The term RP has murky origins, but it is regarded as the accent of those with power, influence, money and a fine education – and was adopted as a standard by the BBC in 1922. Today, it is used by 2% of the population.

My own accent is slightly confusing. People are frequently surprised to learn that I come from Lancashire and went to my local comprehensive – save for the flat vowels of, say, “bath” and “laugh”, I don’t have much northernness. Often, people assume that I deliberately modified my accent when I went to Oxford, joined the Guardian or started presenting for the BBC, but these people were never party to my school years, where I was teased mercilessly for sounding “posh” and like a “snob”.

The truth is a little plainer: my mum was the esteemed winner of the elocution prize at her school in Wigan in the 1960s and when my brother and I were growing up she continually corrected our speech, spurred, I imagine, by the fear that unless we spoke “properly” we wouldn’t go anywhere.

The world has changed since then, and it’s a world I like better. The voices we hear on the radio and TV and in positions of power are slowly shifting and this gladdens me. I would be lying if I said that the RP tinges of my accent have not helped me move through the world, but also I know that my shades of Lancastrian have helped, too – at times, each has given me something to push against; at others, it is my support.

Perhaps these days we are seeing not so much a decline in RP as a growing accent fluidity. True social mobility should allow us to move in all directions; to know and welcome all people, to speak and listen to everyone. Surely that, Mr Meades, should be our glue; our force for uniting the country? 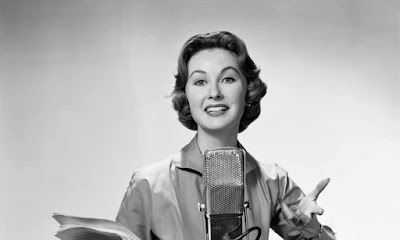 Received Pronunciation
Received Pronunciation (RP), commonly called BBC English in North America and Standard British pronunciation or Southern British pronunciation by North American scholars, is an accent of Standard English in the United Kingdom and is defined in the Concise Oxford English Dictionary as "the standard accent of English as spoken in the south of England", although it can be heard from native speakers throughout England and Wales. Peter Trudgill estimated in 1974 that 3 per cent of people in Britain were RP speakers, but this rough estimate has been questioned by the phonetician J. Windsor Lewis. Clive Upton notes higher estimates of 5% (Romaine, 2000) and 10% (Wells, 1982) but refers to all these as "guestimates" that are not based on robust research.

Formerly colloquially called "(the) King's English", RP enjoys high social prestige in Britain,[8] being thought of as the accent of those with power, money, and influence, though it may be perceived negatively by some as being associated with undeserved privilege. Since the 1960s, a greater permissiveness toward regional English varieties has taken hold in education.

The study of RP is concerned exclusively with pronunciation, whereas Standard English, the Queen's English, Oxford English, and BBC English are also concerned with matters such as grammar, vocabulary, and style.

History
The introduction of the term Received Pronunciation is usually credited to Daniel Jones. In the first edition of the English Pronouncing Dictionary (1917), he named the accent "Public School Pronunciation", but for the second edition in 1926, he wrote, "In what follows I call it Received Pronunciation, for want of a better term." However, the term had actually been used much earlier by P. S. Du Ponceau in 1818. A similar term, received standard, was coined by Henry C. K. Wyld in 1927. The early phonetician Alexander John Ellis used both terms interchangeably but with a much broader definition than Daniel Jones, having said "there is no such thing as a uniform eduction pron. of English, and rp. and rs. is a variable quantity differing from individual to individual, although all its varieties are 'received', understood and mainly unnoticed".

According to Fowler's Modern English Usage (1965), the correct term is "'the Received Pronunciation'. The word 'received' conveys its original meaning of 'accepted' or 'approved', as in 'received wisdom'."

RP is often believed to be based on the accents of southern England, but it actually has most in common with the Early Modern English dialects of the East Midlands.[citation needed] This was the most populated and most prosperous area of England during the 14th and 15th centuries. By the end of the 15th century, "Standard English" was established in the City of London.

Alternative names
Some linguists have used the term "RP" while expressing reservations about its suitability. The Cambridge-published English Pronouncing Dictionary (aimed at those learning English as a foreign language) uses the phrase "BBC Pronunciation" on the basis that the name "Received Pronunciation" is "archaic" and that BBC news presenters no longer suggest high social class and privilege to their listeners. Other writers have also used the name "BBC Pronunciation".

The phonetician Jack Windsor Lewis frequently criticises the name "Received Pronunciation" in his blog: he has called it "invidious", a "ridiculously archaic, parochial and question-begging term"and noted that American scholars find the term "quite curious". He used the term "General British" (to parallel "General American") in his 1970s publication of A Concise Pronouncing Dictionary of American and British English and in subsequent publications. Beverley Collins and Inger Mees use the term "Non-Regional Pronunciation" for what is often otherwise called RP, and reserve the term "Received Pronunciation" for the "upper-class speech of the twentieth century". Received Pronunciation has sometimes been called "Oxford English", as it used to be the accent of most members of the University of Oxford.[citation needed] The Handbook of the International Phonetic Association uses the name "Standard Southern British". Page 4 reads:

Standard Southern British (where 'Standard' should not be taken as implying a value judgment of 'correctness') is the modern equivalent of what has been called 'Received Pronunciation' ('RP'). It is an accent of the south east of England which operates as a prestige norm there and (to varying degrees) in other parts of the British Isles and beyond.

In her book Kipling's English History (1974) Marghanita Laski refers to this accent as "gentry". "What the Producer and I tried to do was to have each poem spoken in the dialect that was, so far as we could tell, ringing in Kipling's ears when he wrote it. Sometimes the dialect is most appropriately, Gentry. More often, it isn't."

Sub-varieties
Faced with the difficulty of defining RP, some researchers have tried to distinguish between different sub-varieties:

Gimson (1980) proposed Conservative, General, and Advanced; Conservative RP referred to a traditional accent associated with older speakers with certain social backgrounds; General RP was considered neutral regarding age, occupation or lifestyle of the speaker; and Advanced RP referred to speech of a younger generation of speakers. Later editions (e.g., Gimson 2008) use the terms General, Refined and Regional.
Wells (1982) refers to "mainstream RP" and "U-RP"; he suggests that Gimson's categories of Conservative and Advanced RP referred to the U-RP of the old and young respectively. However, Wells stated, "It is difficult to separate stereotype from reality" with U-RP. Writing on his blog in February 2013, Wells wrote, "If only a very small percentage of English people speak RP, as Trudgill et al claim, then the percentage speaking U-RP is vanishingly small" and "If I were redoing it today, I think I'd drop all mention of 'U-RP'".
Upton distinguishes between RP (which he equates with Wells's "mainstream RP"), Traditional RP (after Ramsaran 1990), and an even older version which he identifies with Cruttenden's "Refined RP".
An article on the website of the British Library refers to Conservative, Mainstream and Contemporary RP.
Usage
Teachers often promote the modern RP accent to non-native speakers learning British English.[36] Non-RP Britons abroad may modify their pronunciation to something closer to Received Pronunciation to allow better understanding by people unfamiliar with the diversity of British accents. They may also modify their vocabulary and grammar to approach those of Standard English for the same reason. RP serves as the standard for English in most books on general phonology and phonetics, and most dictionaries published in the United Kingdom use RP in their pronunciation schemes.[citation needed]

Status
Traditionally, Received Pronunciation was the "everyday speech in the families of Southern English persons whose men-folk [had] been educated at the great public boarding-schools" and which conveyed no information about that speaker's region of origin before attending the school.

It is the business of educated people to speak so that no-one may be able to tell in what county their childhood was passed.

— A. Burrell, Recitation. A Handbook for Teachers in Public Elementary School, 1891
In the 19th century, some British prime ministers still spoke with some regional features, such as William Ewart Gladstone. From the 1970s onwards, attitudes towards Received Pronunciation have been changing slowly. The BBC's use of Yorkshire-born Wilfred Pickles during the Second World War (to distinguish BBC broadcasts from German propaganda) is an earlier example of the use of non-RP accents, but even then Pickles modified his speech towards RP when reading the news.

Although admired in some circles, RP is disliked in others. It is common in parts of Britain to regard it as a south-eastern English accent rather than a non-regional one and as a symbol of the south-east's political power in Britain. A 2007 survey found that residents of Scotland and Northern Ireland tend to dislike RP. It is shunned by some with left-wing political views, who may be proud of having an accent more typical of the working classes.