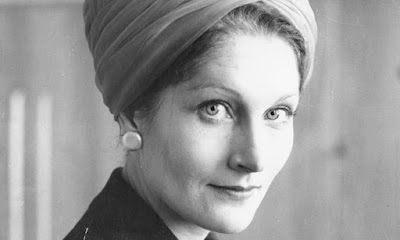 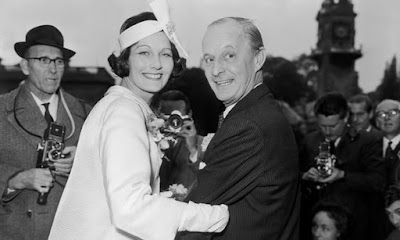 Model and chatelaine of Cliveden caught up in the Profumo affair of the 1960s who went on to become a psychotherapist
Bronwen Astor in 1963. She was regarded as one of the leading fashion models of the 1950s, acting as muse to the Parisian couturier Pierre Balmain.

Bronwen Astor, who has died aged 87, was the chatelaine of Cliveden, the estate where John Profumo met Christine Keeler, at the time of the scandal that rocked 1960s Britain. As a result, she found herself shunned by upper-class society and never quite shook off the stigma, despite reinventing herself as a psychotherapist and spiritual adviser.

When Bronwen Pugh, as she was, married into the Astor clan in 1960, she seemed to have the world at her feet. Her career had been one of public acclaim and professional success – as the most celebrated model of her generation, and as a BBC television presenter. She was muse to the Parisian couturier Pierre Balmain, who said she belonged, with Greta Garbo, Vivien Leigh and Marlene Dietrich, to the ultra-exclusive club of the world’s most beautiful women.

She retired from the catwalk after her marriage to Bill Astor – William Waldorf, the 3rd Viscount Astor – the millionaire son of Nancy Astor, the first woman to sit in parliament, to concentrate on her role at Cliveden, the family mansion on the Thames in Buckinghamshire. It seemed to her many admirers – and she was a household name at the time – a blessed life.

Yet within three years of her marriage, Bronwen’s world was turned upside down by the Profumo affair. Cliveden, it was alleged, was at the centre of an international web of sexual debauchery and espionage that ultimately brought down the prime minister, Harold Macmillan. Bill Astor was accused in court of being a playboy, and Bronwen was dragged into the scandal, which centred on the relationships of Christine Keeler and Mandy Rice-Davies, and their friend, the society osteopath Stephen Ward.

When the scandal exploded, Rice-Davies alleged in court that she had slept with Bill Astor. Challenged over his denial of the affair (and Bronwen was always adamant that she was lying), Rice-Davies uttered the immortal line: “He would, wouldn’t he?” It won her a place in the Oxford Dictionary of Quotations and consigned the Astors to the status of social pariahs.

Their friends deserted them in droves. Bill, who had been an MP until succeeding as viscount in 1952, and was co-founder of what became the British Refugee Council, was cold-shouldered in public, while Bronwen was accused by some of their erstwhile acquaintances, and even Astor family members, of having inhabited the same world as Ward, Keeler and Rice-Davies, and therefore as having brought the whole catastrophe down on Bill. She was, it was said, just another of the girls trained by Ward to capture rich husbands. The truth was that she had got to know Ward only after her marriage to Bill, and took an instant dislike to him.

Bill never recovered from the scandal and died in 1966 following a heart attack. For Bronwen it was the start of a long, lonely but always eventful widowhood, struggling privately to make sense of the reversal of fortune that had befallen her at the same time as bringing up her two daughters and carving out a professional life for herself. There were highs and lows. The collapse in 1974 of an ecumenical religious community that she had co-founded at her home after Cliveden, Tuesley Manor, in Godalming, Surrey, was a great disappointment, but she bounced back, qualifying as a psychotherapist in 1986, running a respected practice for more than 20 years and finding herself regarded as something of an authority on the link between religious experience and the mind by such august bodies as the Alister Hardy Religious Experience Research Centre at Oxford University, which she also chaired at one point. She had travelled a long way from her days on the catwalk.

The 1988 film Scandal, reviewing the fall of Profumo, caused her renewed pain by once again painting an unflattering portrait of her husband. She waited another 12 years, however, before finally telling her side of the story. Having refused any public comment for 37 years, she agreed to co-operate with my biography of her, giving access to papers and diaries, in an effort to set the record straight on her own past, that of her husband, and on the rather prim life they had lived at Clive- den. It convinced many to think again. After its publication, she moved back to London from her country retreat, saying she felt the question mark that had long hung over her reputation had been finally removed. But there remained, to her disappointment, a hard core who were determined to continue seeing the Astors in the blackest possible light in regard of the whole scandal.

Bronwen was born in London, the third daughter of a Welsh county court judge, Sir Alun Pugh, and his wife, Kathleen (nee Goodyear), and raised in Hampstead, north London. She attended Dr Williams’ school, Dolgellau, in north Wales, as a boarder, and then trained at the Central School of Speech and Drama as a teacher.

She and a fellow student, Erica Pickard, decided to try their hand at modelling, as an act of rebellion against becoming teachers. The death of Pickard in a freak accident in 1952 had the effect of redoubling Bronwen’s determination to make their dream a reality, and within a short space of time this tall, elegant woman was first a star of the London fashion scene, then, briefly, in 1954, a BBC announcer, filling in for Sylvia Peters when she was on maternity leave, and, finally, the toast of Paris.

One American critic, describing her as “that husky Welsh mannequin”, wrote that she “drags a coat down a runway as if she had just killed it and were taking it to her mate”. The British journalist Katharine Whitehorn dubbed Bronwen’s detached, almost scornful manner as a “dirt-beneath-my-feet style of modelling”. She represents, in the history of fashion photography, the transition point between such squeaky-clean early 1950s icons as Jean Dawnay and the emergence in the 60s of Twiggy and Jean Shrimpton. There was an understated sensuality about Bronwen’s style, but it was cloaked in an air of disdain.

Throughout her career on the catwalk and her marriage, she had been privately pursuing a spiritual search, after claiming to undergo a mystical experience of God in 1953, and became an admirer of the French Jesuit writer and mystic Teilhard de Chardin. It was her faith that sustained her after her husband’s death, she said. Bronwen became a Roman Catholic in 1970, and wrote and lectured on religion, cutting quite a figure in the often dowdy world of church organisations. She later ran a small retreat centre next to her Surrey home.

With her daughters happily married and grandchildren to look after, as well as professional satisfaction, she enjoyed the latter part of her life enormously. She had tremendous energy, heading off on fishing trips and wind-surfing expeditions into her 70s, working as a spiritual adviser at 78, and marking her 80th birthday with swimming lessons so as finally to master the crawl. She retained an appetite for fun, but the shadow of Profumo never wholly left her. Having been through what she regarded as a crucifixion-like experience in 1963, she was, she often used to remark, ever after in search of resurrection.

She is survived by her daughters, Janet and Pauline. 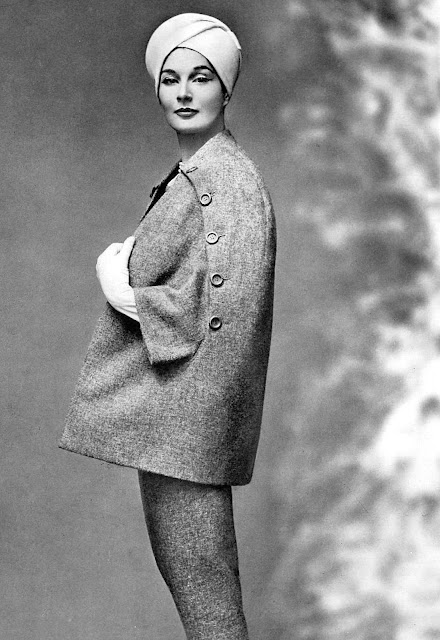 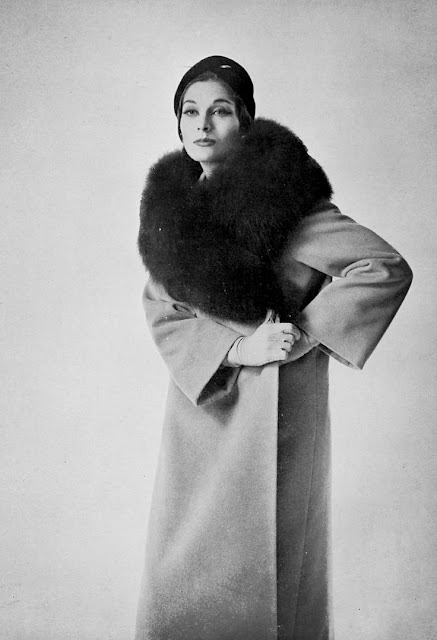 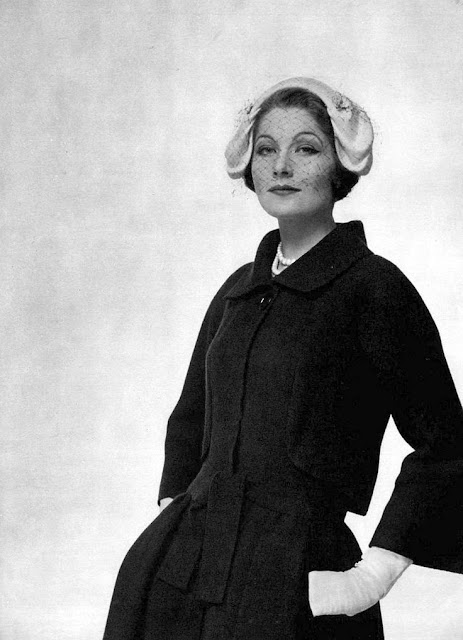 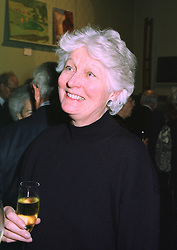 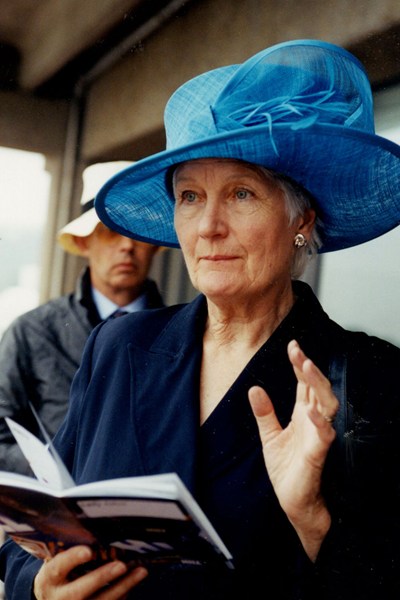 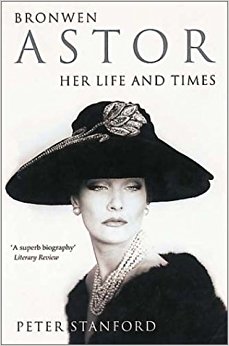