Mad World: Evelyn Waugh and the Secrets of Brideshead by Paula Byrne 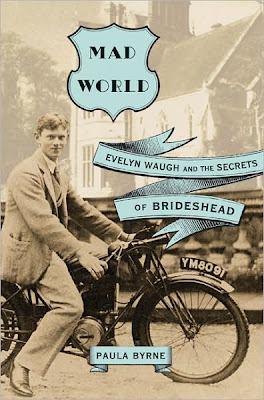 Mad World by Paula Byrne
Evelyn Waugh's fans will find much to admire in this account of the troubled family who inspired Brideshead Revisited, says Selina Hastings
Selina Hastings
The Observer, Sunday 16 August 2009
One of the first to see a copy of Evelyn Waugh's Brideshead Revisited was his old friend Nancy Mitford. "A great English classic in my humble opinion," she told him, a view now shared by millions of readers worldwide. Since its publication in 1945, a vast amount has been written about the novel and about the striking similarities between two families, the fictional Flytes and the real-life Lygons. The parallels seem almost infinite – between Lord Beauchamp and Lord Marchmain, Hugh Lygon and Sebastian, and the two great houses, magnificent Brideshead and Madresfield, the Lygons' moated manor house in Worcestershire.
Paula Byrne is the latest to explore the people and the story that inspired the book and she does so with acuity and panache. Her stated aim is to portray Waugh through his friendship with the Lygons, and in the process reveal some substantial new information about the high-society scandal that in 1931 electrified the country. The very grand Lord Beauchamp, Lord Lieutenant of Gloucestershire, Lord Steward of the Household, Lord President of the Council, Lord Warden of the Cinque Ports, and father of seven children, was outed as a practising homosexual and forced into exile abroad by his crazy brother-in-law, Bendor, Duke of Westminster. ("Dear Bugger-in-Law, You got what you deserved," wrote Westminster, triumphantly, after Beauchamp's disgrace.) Lady Beauchamp, horrified, fled the house never to return, leaving Madresfield, fully staffed, at the disposal of five of the children, with only a governess to keep an eye on them. And it was here one evening, shortly after their father's departure, that Evelyn Waugh arrived for the first time to stay.

Evelyn had been at Oxford with Hugh Lygon, the middle son, with whom, according to one not wholly reliable source, he had conducted an affair. Certainly, he had been bewitched by gentle, charming Hughie, many of whose characteristics – girlish beauty, floppy blond locks, the ubiquitous teddy bear – famously reappear in the portrayal of Sebastian, with whom Charles Ryder is so infatuated in the novel. Yet for all his charm, Hughie was rather a dull dog, and hopelessly alcoholic, and it was with Hugh's sisters that Waugh formed a far more fruitful friendship, especially with Lady Mary and Lady Dorothy, or Maimie and Coote as they were more informally known. His letters to the girls – comic, tender, playfully obscene – are some of the most delightful he ever wrote.

Byrne understands very well the powerful enchantment that Madresfield, or "Mad" as the girls called it, cast over Waugh. The beauty of the place, the limit-less freedom, the traditions of centuries juxtaposed with childish high spirits and silliness, all proved irresistible to the penniless young man from Golders Green. Byrne entertainingly summarises his career up to this point – the childhood, the schooldays, the melancholia and debauchery of Oxford, the schoolmastering and the first published works – and layers in with this the story of the Lygons, of Lord Beauchamp's early life, and of those of his wife and children. Inevitably, the grander family suffers by comparison; they are none of them half so fascinating as Waugh and it is only when the novelist walks on that the stage properly lights up. Byrne shows remarkable perception in her interpretation not only of Waugh's relationship with the Lygons, but of theirs with each other. The girls in particular remained fiercely loyal to their father, taking turns to accompany him on his eternal circuit of grand hotels, in Paris and Venice, in New York and in Australia, where in happier times he had presided as governor of New South Wales.

Most poignant is the story of Maimie, one of the most beautiful debutantes of her generation, once even considered as a future royal bride, who ended up drunk, lonely and fat after a miserable marriage to a penniless Russian prince. It is Waugh's friendship with Maimie that leads Byrne to one of her most interesting insights. Discussing Waugh's failure in depicting the sexual relationship between Charles Ryder and Julia Flyte, she says: "The irony is that the relationship between Charles and Julia would have been more successfully portrayed if it had been closer to that in real life between Evelyn and Maimie: a deep friendship, not a love affair. But Waugh's hand was forced … [by] the structure of the novel."

Essentially, what Mad World provides is a lively introduction to Waugh and to Brideshead, and to the rarefied social world in which much of the novel is set. To this is added a small amount of new material, to which, understandably, much emphasis is given. There is, too, a good deal of trumpeting of the superiority of the author's critical sensibilities to those of her predecessors, many a blithe dismissal of those poor old dinosaurs, authors of "biographical doorstoppers", which nobody wants to read nowadays.

As one of those dinosaurs, I have to concede that Byrne has a point: such big books are currently out of fashion, although I am delighted to see this has not prevented her from making copious use of their contents. Of her own discoveries, two are particularly intriguing: the information that Waugh was confirmed in Rome in 1932, and the physical details of what Lord Beauchamp actually did with all those handsome footmen behind the green baize door.

Much as I admire Mad World, I do have some reservations: source notes, disgracefully, are almost non-existent and the index is virtually useless. The author's assertion that Noël Coward was a Roman Catholic would have earned her a vigorous finger-wagging from "the Master" for claiming anything so "veddy, veddy silly". And she might like to know that Waugh's jokey habit of substituting the words "lascivious beast" for "priest" in his letters to the Lygons derives from the following limerick:

There was a young lady of Devon
Who was had in a garden by seven
Itinerant priests,
The lascivious beasts,
And of such is the Kingdom of Heaven.

• Selina Hastings' books include Evelyn Waugh: A Biography. Her new book, The Secret Lives of Somerset Maugham, is published by John Murray in September 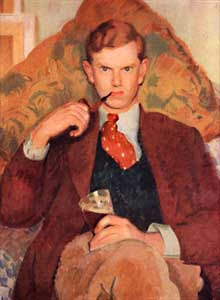 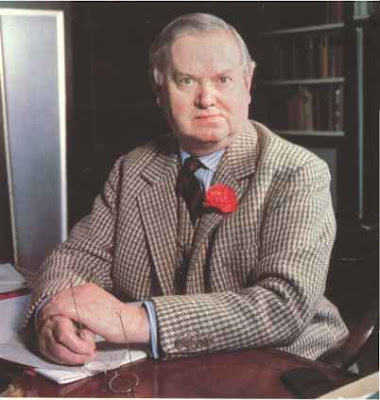 Evelyn Waugh's mad world
A warm study brings to life the real Brideshead family
By Philip Womack in The Telegraph
6:30AM BST 14 Aug 2009 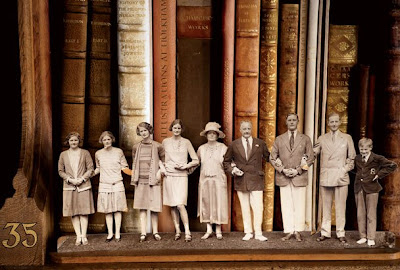