The return of the Cravat. 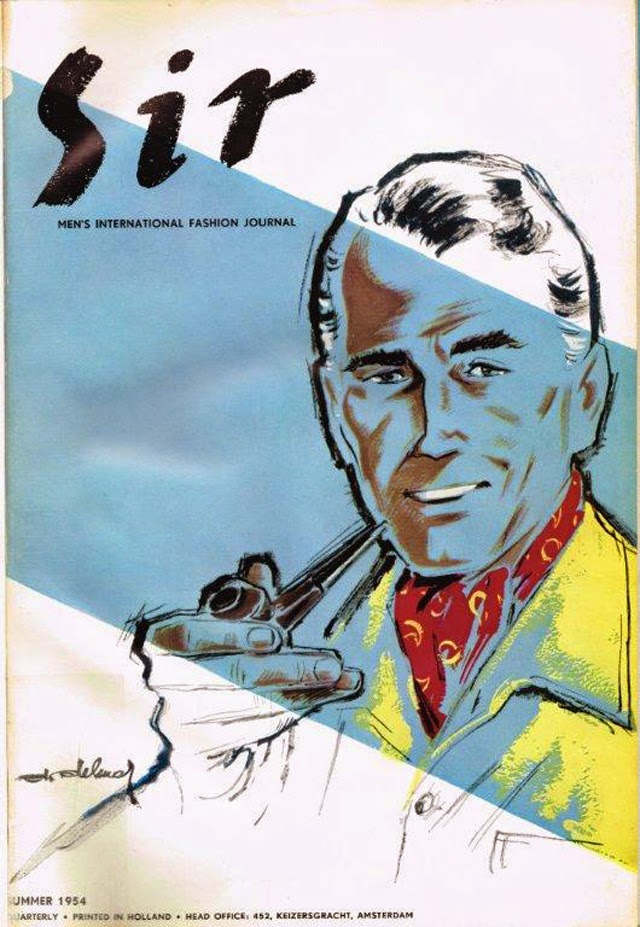 An ascot tie, or ascot, is a narrow neckband with wide pointed wings, traditionally made of pale grey patterned silk. This wide, formal tie is usually patterned, folded over, and fastened with a stickpin or tie tack. It is usually reserved for wear with morning dress for formal daytime weddings and worn with a cutaway morning coat and striped grey trousers. This type of dress cravat is made of a thicker, woven type of silk similar to a modern tie and is traditionally either grey or black.

The ascot is descended from the earlier type of cravat widespread in the early 19th century, most notably during the age of Beau Brummell, made of heavily starched linen and elaborately tied around the neck. Later in the 1880s, amongst the upper-middle-class in men began to wear a more loosely tied version for formal daytime events with daytime full dress in frock coats or with morning coats. It remains a feature of morning dress for weddings today. The Royal Ascot race meeting at the Ascot Racecourse gave the ascot its name, although such dress cravats were no longer worn with morning dress at the Royal Ascot races by the Edwardian era. The ascot was still commonly worn for business with morning dress in the late 19th and very early 20th centuries.

In British English the more casual form is referred to as a day cravat to distinguish it from the highly formal dress cravat. It is made from a thinner woven silk that is more comfortable when worn against the skin, often with ornate and colourful printed patterns.

Gentlemen, the cravat is back
The cravat will make you distinguished once more. Go on, pour yourself a stiff and give it a try
Henry Conway
theguardian.com, Wednesday 20 August 2014 / http://www.theguardian.com/commentisfree/2014/aug/20/gentlemen-cravat-back-nicholas-parsons

The BBC’s own stylish grandfather-in-residence, Nicholas Parsons, has a clarion call for all charming gentlemen – it’s time for real men to wear cravats again. The 90-year-old Just a Minute presenter told the book festival that he has recently rediscovered the joys of this natty alternative to a tie. In a push against “Call me Dave” Cameron’s open neck and suit policy, Parsons warns against baring too much – “I’ve seen people with beautifully tailored jackets on, with an open shirt, there with an awful Adam’s apple”. I quite agree, especially for anyone with Cameron’s schoolboy-soft features – look no further than anchoring that cherubic chin with a cravat.

The cravat has been languishing in sartorial purgatory for too long. It has a long and illustrious history – the forerunner to the modern tie, born in 17th century as a military scarf (“cravat” comes from the French Baroque slang for Croatian), making its way through the courts of , where eventually it was adopted into standard court dress. This was not the cravat we think of today – more a lacy neckpiece – but the macaronis and then Beau Brummell went a long way to convert it, as it was in their variations on tying the cravat that the “tie” was born and named as such.

At the beginning of the 20th century, the cravat went through another transformation – as the two-fold cravat, fastened with a pin, was replaced by the tie for morning dress at , it slipped inside the shirt collar to become a sports-casual favourite. These golden years are what you should replicate – the Duke of Windsor, Pablo Picasso stylishly combining a dark cravat with Breton top, Rex Harrison and David Niven in silk cravats with just the appropriate balance of charm and seduction. However, it is this velvet-smooth sporting of the cravat where things went wrong for the poor accessory.

During the 1960s and 1970s, it was everywhere – standard Brit-abroad uniform, matched with a brass-buttoned blazer and a glass of Campari. But instead of Cary Grant in To Catch a Thief, we turned to gropey screen idols like Terry Thomas as the archetypical cravat man, and then in the 1970s, the deliciously camp walking man-rug Jason King was master of the seductive neckpiece. Cravats went all shagpile carpet and slowly descended into hammy costume, only worn without irony by suburban golf captains.

Like all good menswear trends in the past few years though, the cravat is a saveable heritage item. Have you noticed how the humble pocket square has journeyed from to Topman? Or how the tweed three-piece suit is now not seen just as the preserve of the eccentric country squire? Hipsters have already reclaimed the pipe, the fixed-wheel bike and the moustache – it was only a matter of time before the cravat was next. Where they go, commercial fashion is never far behind.

My advice is to wear them knowingly – they are a statement. Think more Roger Moore than Alan Partridge, add a dash of Michael Caine and look to Edward Fox in Day of the Jackal, resplendent in burgundy polka dots while practising his rifle skills. Assassination never was so stylish. I started wearing them a while ago; they make great regency bow ties, but only attempt this if you’re playing the dandy. Whatever you do, do not be tempted to tie them like a regular tie. There’s no excuse for fat, shiny, vulgar monstrosities at your neck. Stick to a classic paisley or go bold on pattern, but keep it inside the shirt a la Jeremy Piven, a contemporary cravat hero.

Earlier in the summer, I attended the regatta, to which I wore one of my grandfather’s cravats (he loved them and they made him look slightly like Alan Whicker). Whilst everyone was sweltering in button and tie, my neck was cool as a cucumber, I passed all of ’s sartorial rules and got stopped twice for compliments.

Be it a rock-style Alexander McQueen skull scarf a la Jamie Hince, or worn properly with a silk dressing gown like Robert Downey Jr, the cravat will bring you back to being distinguished. Go on, pour yourself a stiff and give it a try. 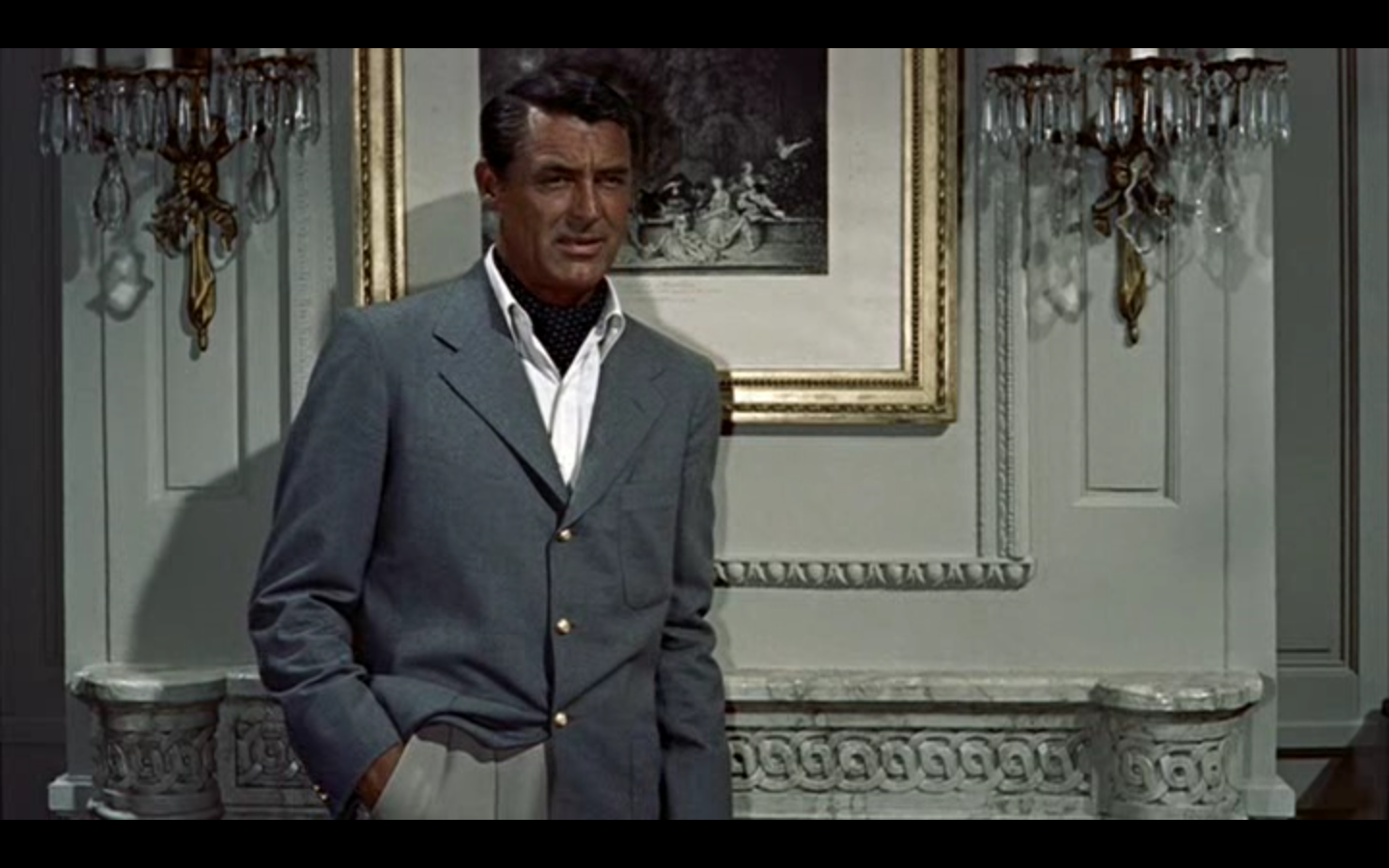 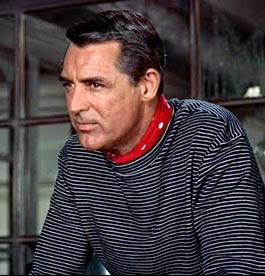 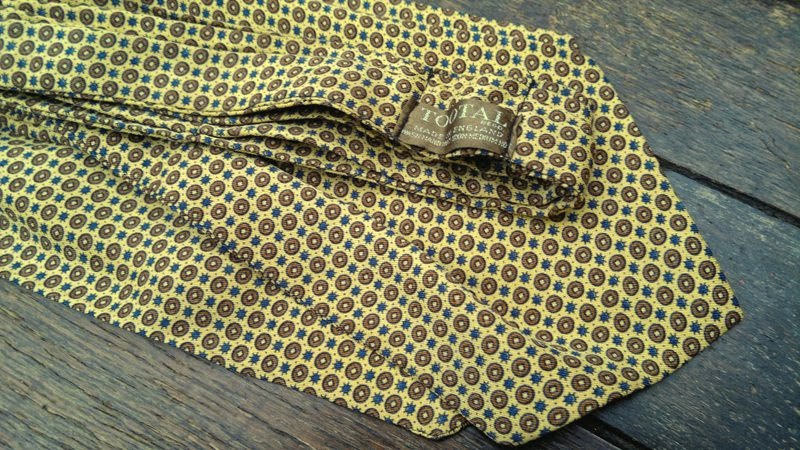 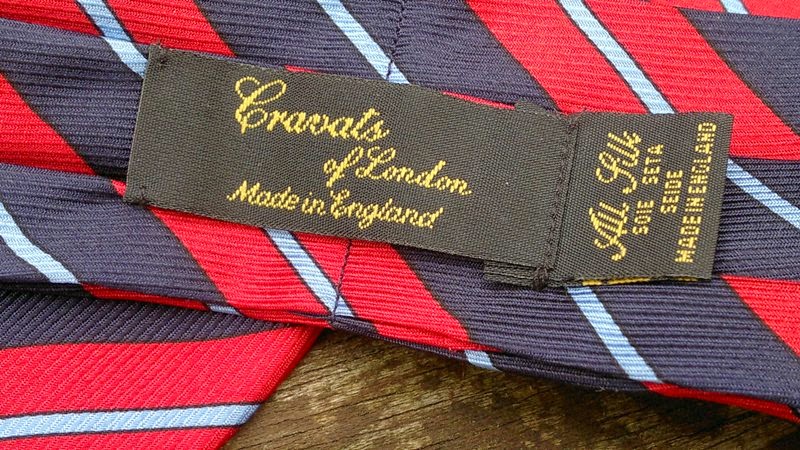 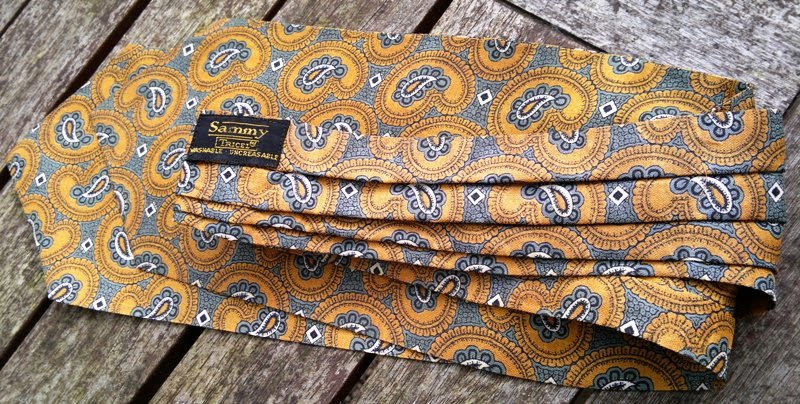 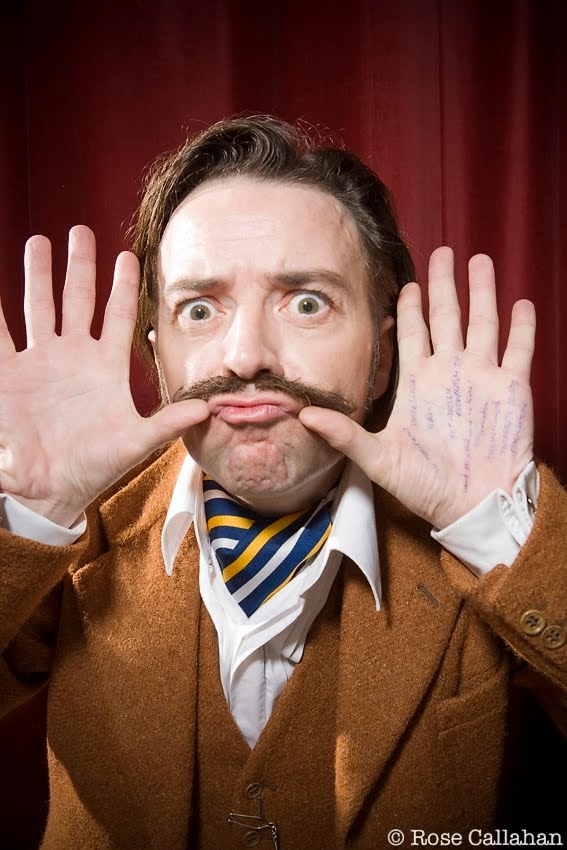