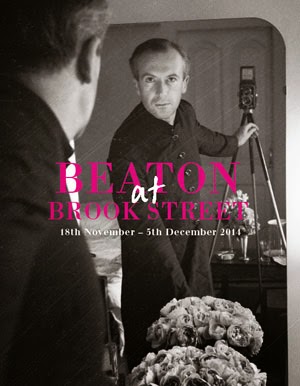 Celebrated photographer, award-winning theatre and costume designer, illustrator, diarist, dandy and intimate of royalty – interest in Cecil Beaton and his world is greater than ever. Andrew Ginger, who with his company Beaudesert, curated the highly acclaimed Cecil Beaton exhibition at this summer, has collaborated with Sibyl Colefax & John Fowler to create ‘BEATON at ’ at their historic premises.

CECIL BEATON AT HOME – TOWN & COUNTRY will be presented in The Yellow Room, contrasting Beaton’s London home, Pelham Place, with Ashcombe and Reddish, his Wiltshire country houses, through vivid room set recreations which reunite many of Beaton’s previously unseen photographs, artworks and possessions.

The exhibition also marks the launch of a new book, CECIL BEATON: PORTRAITS AND PROFILES, by Hugo Vickers, Beaton’s official biographer and literary executor. There will be a themed display throughout the showrooms of photographs from the book, together with other portraits and artworks from private lenders, which have never been exhibited before.

Many rare and unique photographs are included from The Cecil Beaton Studio Archive at Sotheby’s, who have generously supported this exhibition. 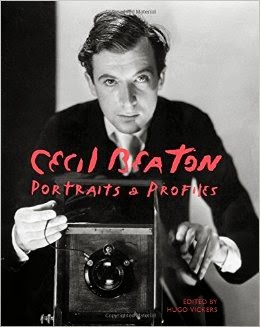 This beautiful collection of fabulous photographs and incisive pen portraits captures the world of Cecil Beaton, one of the most celebrated portrait photographers of the twentieth century.

Cecil Beaton: Portraits and Profiles combines Beaton’s photographic and pen portraits. Beaton’s portraits offer insight, beauty, witty observations and a fascinating glimpse into his world. His images often flattered but his diaries and journals didn’t necessarily follow suit and he was described by Jean Cocteau as ‘Malice in Wonderland’.

Included are stars of music, fashion, society, stage and screen. From Mick Jagger and Andy Warhol, Coco Chanel and Princess Grace through to Greta Garbo, Elizabeth Taylor and Pablo Picasso and Dali.

Of Audrey Hepburn, Beaton said ‘she is like a portrait by Modigliani where the various distortions are not only interesting in themselves but make a completely satisfying composite’.

Marilyn Monroe ‘romps, she squeals with delight, she leaps on the sofa. It is an artless, impromptu, high-spirited, infectiously gay performance. It will probably end in tears’.

Marlon Brando was ‘pallid as a mushroom, smooth-skinned and scarred, with curved feminine lips and silky hair, he seems as unhealthy as a lame duck. Yet his ram-like profile has the harsh strength of the gutter’

Cecil Beaton’s life spanned many worlds and these are captured here through his fabulous photographs and incisive observations.
http://www.amazon.co.uk/Cecil-Beaton-Portraits-Profiles/dp/0711235503

I always enjoy a visit to the Yellow Room whenever I am in London, so I regret that I will miss this exhibition. I would especially love to see the recreated bed.
_ The Devoted Classicist