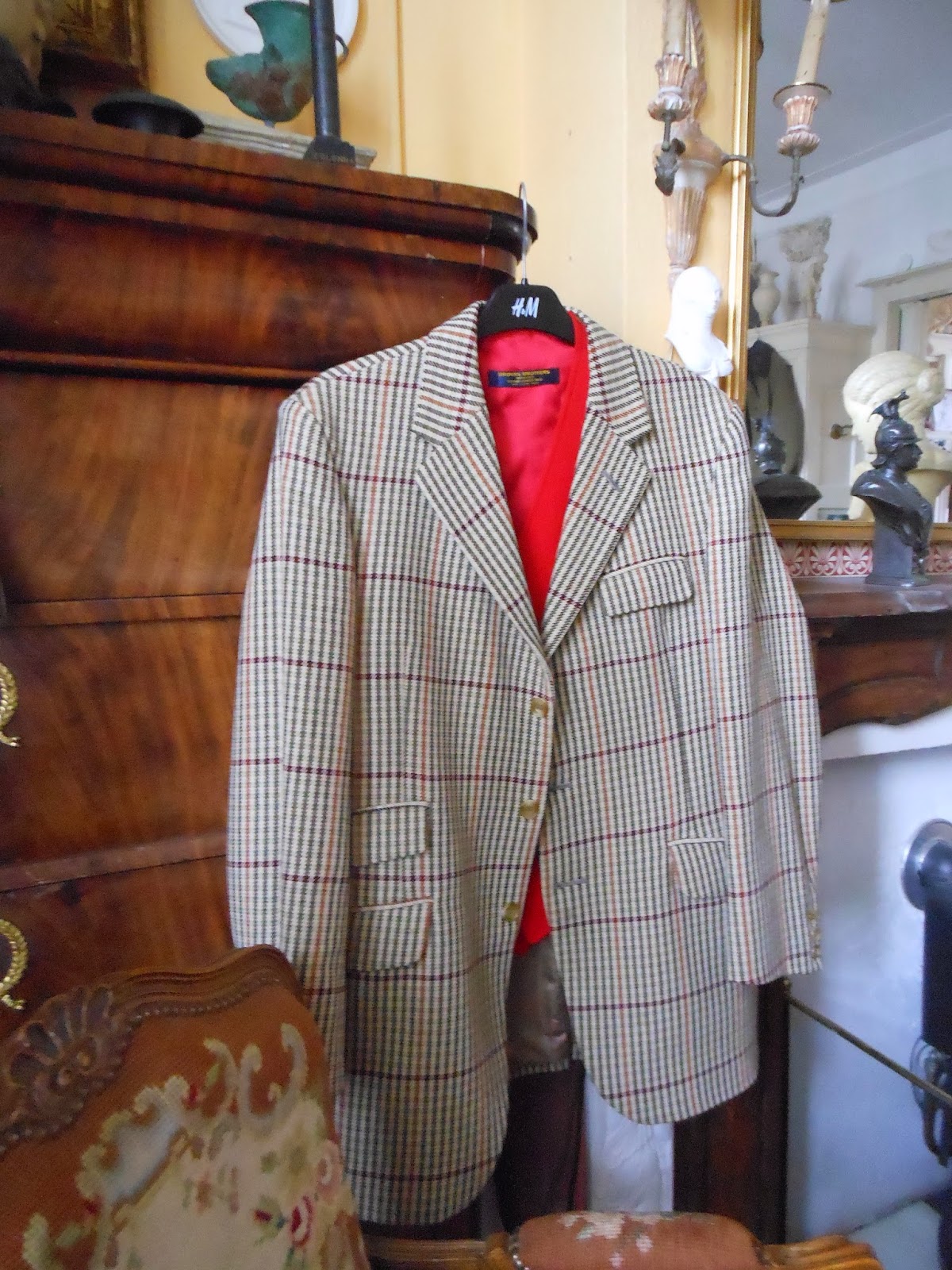 I found this superb true "HACKING JACKET" fit for any "tweedy" circumstance in a lost and forgotten place ... I heard his voice calling in the middle of the greatest chaos ... Oh sublime moment of encountering ... rescuing a true "aristocrat" from oblivion !
Yours JEEVES/ António Sérgio Rosa de Carvalho. 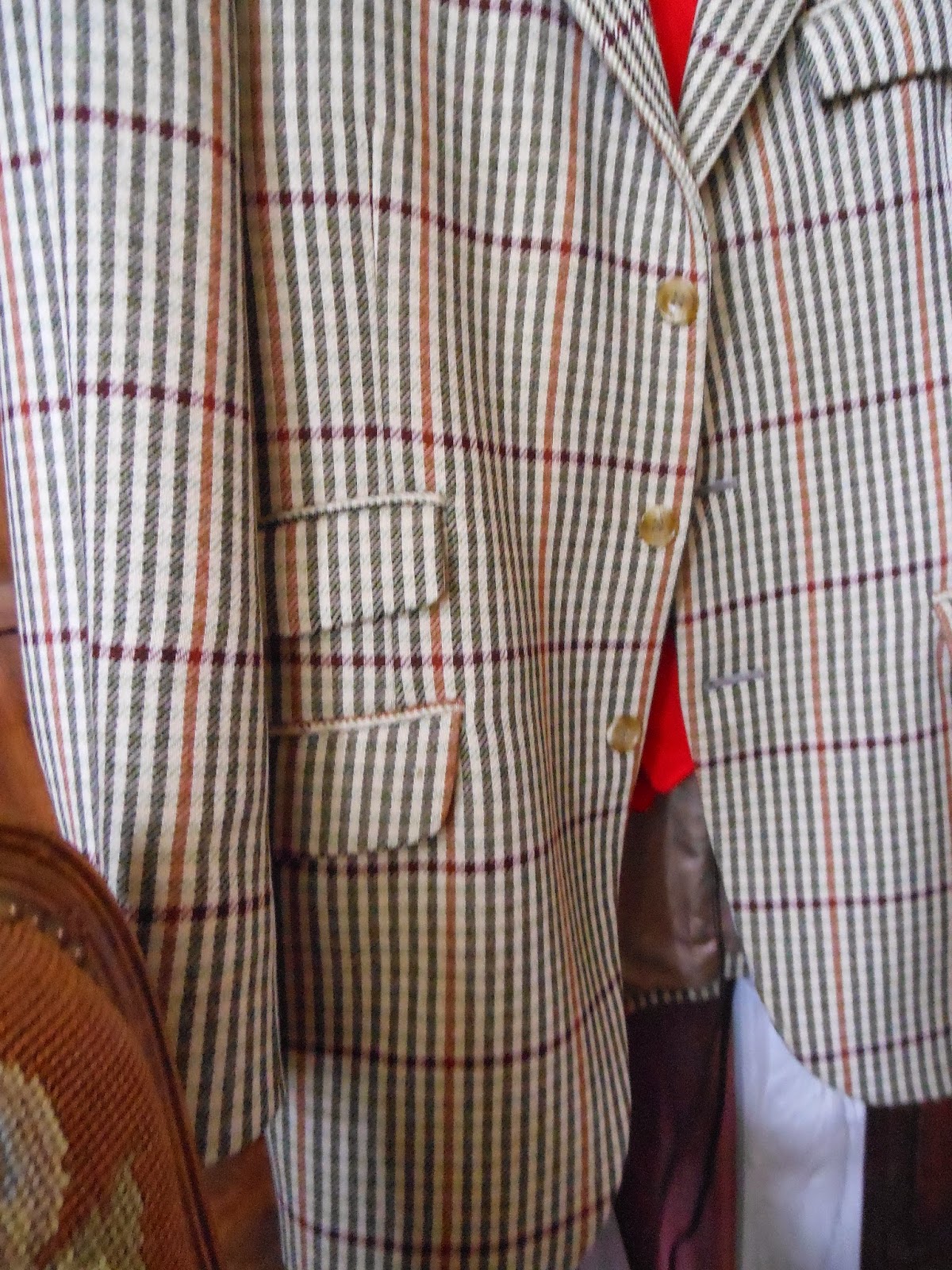 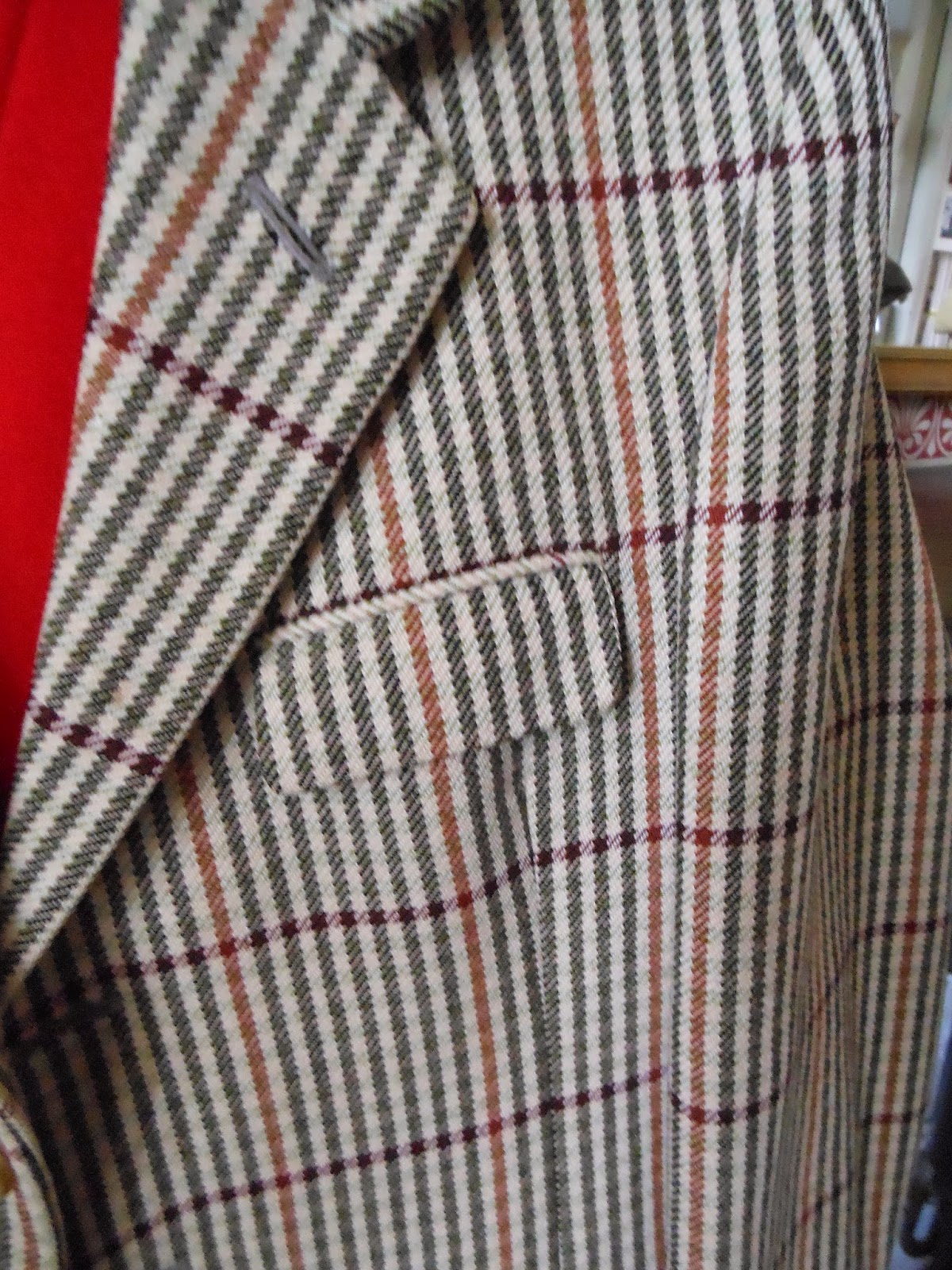 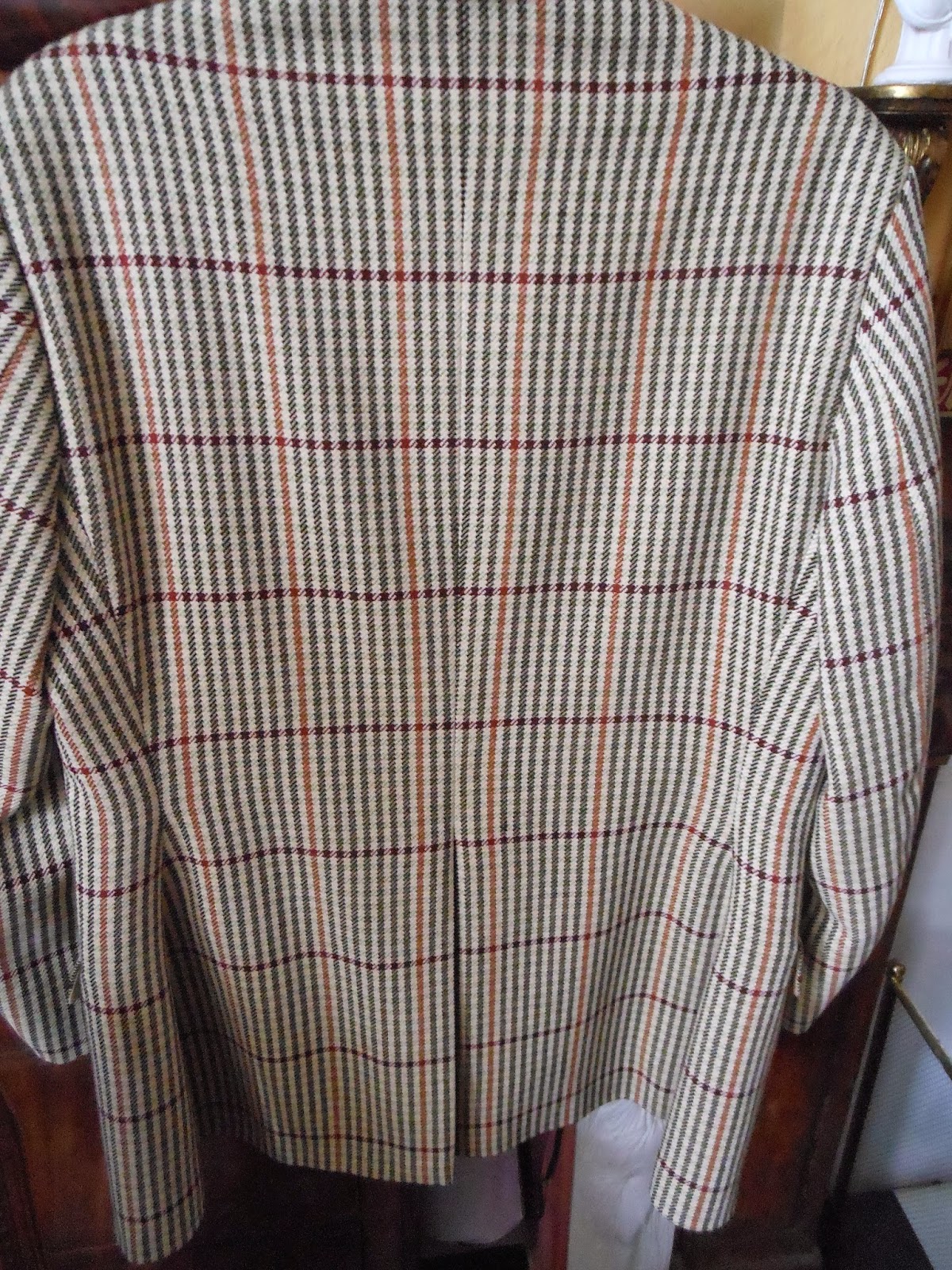 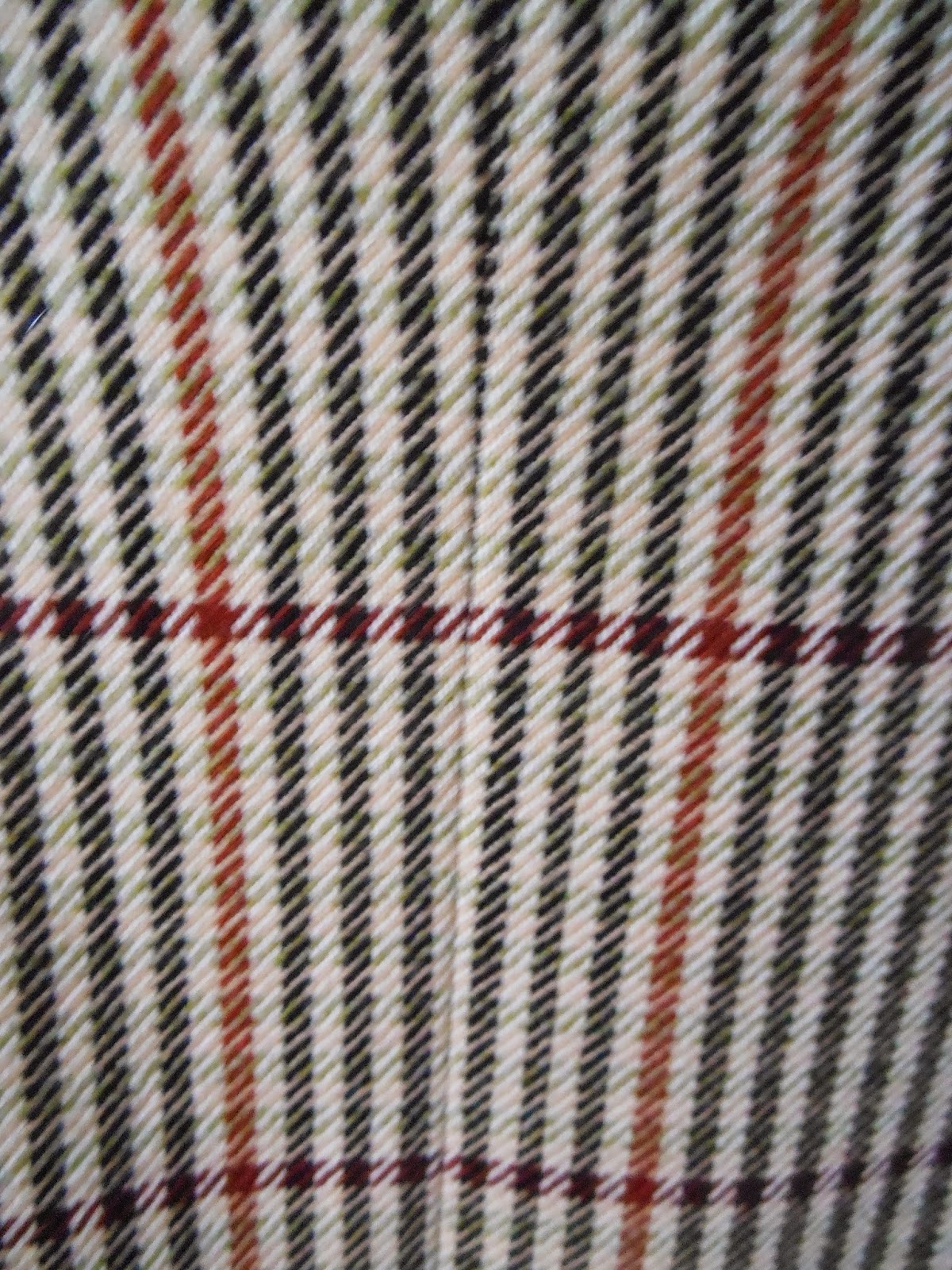 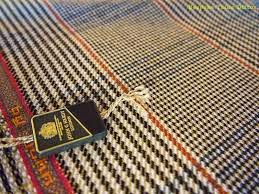 Almost 100 years ago John G Hardy founded the company which today holds the undisputed position of market leader for the supply of elegant country fabrics. The founder, being something of an eccentric gentleman, became well known for having collected his fabric samples, he would return to with them stacked under his top hat. He was on of the first cloth merchants to visit the and , accordingly acclaiming to have been responsible for the introduction of both Shetland and Harris Tweed cloths to the major markets of the world.

In 1829 the Duke of York, who was to become His Majesty King George VI, used a John G Hardy cloth for the regimental of the Brigade of Guards. He was the Colonel in Chief of the regiment and the cloth consisted of Black and White, with Royal Blue and Crimson colourations.

King Edward VIII when, as the Prince of , was known to acquire the distinct checked fabric that would later bear the name from John G Hardy. Today, the extensive fabric range still includes several Prince of Wales checks and the expression has become instantly definable.

The company is privileged to hold Royal Warrants granted in the mid 1930’s for the supply of Balmoral Tweed fabric to the Royal Household.

For the discerning purchaser John G Hardy offers a vast array of jacketings and trouserings for all occasions, including the famous Alsport Tweed. Based in Yorkshire, the heart of the textile industry, the company enjoys an enviable reputation as one of the worlds foremost cloth houses with its fabrics being sold in over 50 countries throughout the world. 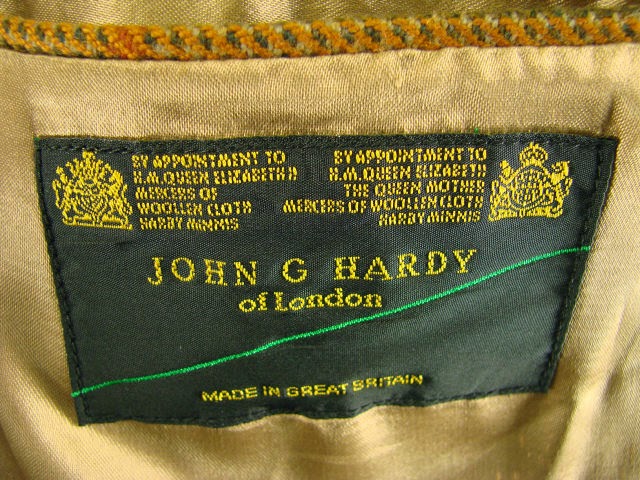