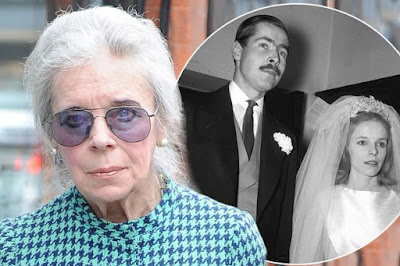 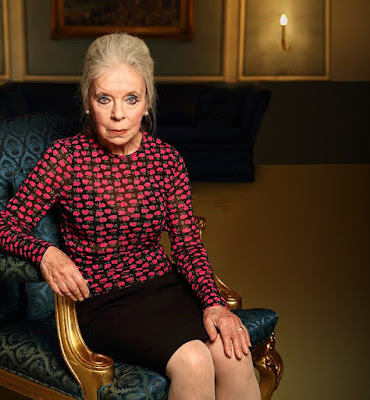 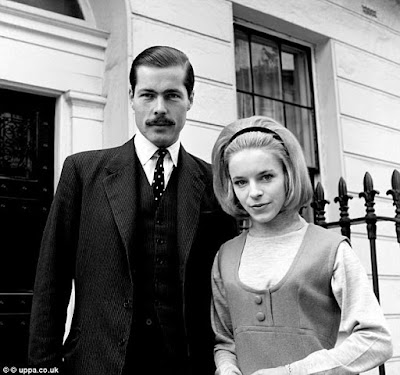 The reclusive widow of Lord Lucan is set to give her first in depth documentary interview since her husband's disappearance 43 years ago.

The Countess of Lucan is set to speak about how her husband tried to bludgeon her to death and murdered the family's nanny, in a documentary exploring the mysterious peer.

It's the first time the 79-year-old has ever agreed to take part in such a film and she is understood to be receiving a £56,000, according to the Sunday Express.

Lady Lucan has been seen in front of cameras at various London locations, including the church in Knightsbridge, where she first married the 7th Earl.

The widow has also allowed the cameras into her rented flat, near the house where she nearly died on 7 November 1974, after being repeatedly hit over the head with lead piping.

Lady Lucan had appeared at her local pub, covered in blood, crying for help and saying the family's nanny, Sandra Rivett, was dead. She told police her estranged husband had attacked her and 29-year-old Ms Rivett.

The Lucans had been locked in a custody dispute over their three children. Police concluded Lord "Lucky" Lucan, a professional gambler, had murdered Ms Rivett in the basement of the family's townhouse, after mistaking her for his wife.

The Lord had left a trail of debt and the mystery of his whereabouts led to decades of speculation. Police believed Lucan, a German speaker, had fled to Nambia, a former German colony.

But Lady Lucan, known as Veronica, believes he threw himself off a boat in the English Channel the morning after the murder.

The couple's children, George, Camilla and Frances, who were sleeping upstairs at the time of the murder, continued to live with their mother after the attack.

But when Veronica suffered a breakdown, custody of the children was passed to her sister Christina Shand Kydd. Lady Lucan has not spoken to any of her children since.

A death certificate was not issued for Lord Lucan until last year. It was only then that his son, George Bingham, 49, could inherit the family title.

A friend of Lady Lucan told the Sunday Express her decision to work with the filmmakers was partly motivated by money, but principally for "revenge against her son".

The friend told the paper: "She knows George will be angry when he sees the film."

In a 2013 ITV drama, Rory Kinnear portrayed the earl as a reckless gambler who was prepared to stop at nothing to get custody of his children.

Lady Lucan has said privately she has no wish for a reconciliation with her children and has not met her grandchildren. George is married to Anne-Sofie, the daughter of a Danish industrialist.

The couple had a daughter last year. The present Earl is unlikely to be happy about his mother's participation in the documentary.

He is said to have burned all his father's papers and photographs in a bid to get on with his life.

The wife of the late Lord Lucan has issued an extraordinary apology over the murder of the family’s nanny, saying she is “deeply sad” that her own marital problems caused her to die.

The Dowager Countess of Lucan, who was attacked on the same night as Sandra Rivett was bludgeoned to death, said she is “very sorry” about what happened, and works to compensate by ensuring she is not forgotten.

Lady Lucan is to be interviewed as part of an ITV documentary entitled “My Husband, the Truth”, which investigates what really happened on the now-notorious 1974 evening when both women were viciously beaten in the family home.

Mrs Rivett, nanny to the three Lucan children, was killed in the basement with a lead pipe. Lady Lucan was also attacked, running into a nearby pub covered in blood screaming for help.

Lord Lucan, the 7th Earl, disappeared and has never been seen since, with a formal death certificate allowing his son to inherit the title finally issued last year.

His wife, now 79, will be interviewed on screen about their dysfunctional relationship, bitter custody battle and her own depression.

“I am deeply sad that my marriage caused Mrs Sandra Rivett to die,” she said.

Michael Waldman, the programme’s director, told the Radio Times: “She feels that she does have an extraordinarily clear recollection of facts and feelings...she has given her truth unabashedly.”

Lady Lucan has been estranged from her children, aged between 46 and 52, for 35 years, admitting she “could have been better” as a mother.

Asked what happened to her husband following the attack, she said: “I would say he got on the ferry and jumped off in the middle of the Channel in the way of the propellers so that his remains wouldn’t be found – I think quite brave.”

In a bleak insight into their marriage, she claimed her husband would beat her with a cane when she became depressed, to get the “mad ideas out of your head”.

“He could have hit harder,” she told the programme. “They were measured blows. He must have got pleasure out of it because he had intercourse [with me] afterwards.”

Lord Lucan: My Husband, the Truth, will be broadcast on Monday, June 5

Lord Lucan: My Husband, The Truth

Lord Lucan's wife speaks on camera for the first time in 30 years and reveals intimate details of her marriage to the infamous aristocrat, in a brand new ITV documentary.

The wife of the Earl, whose disappearance in 1974 remains one of the most enduring and iconic mysteries in the public consciousness, offers a vivid account of what happened before his flight and her theory about what became of him.

The film, Lord Lucan: My Husband, The Truth which is produced by Brook Lapping, includes previously unseen family archive footage, showing Lucan with his family and friends, living the high life across Europe. It includes the earliest known moving footage of Lord Lucan.

Despite the couple's outwardly lavish lifestyle, Lady Lucan says their relationship was strained.

She says: “He talked to me more before our marriage than he ever did afterwards. He said, ‘That’s the point of being married, you don’t have to talk to the person.’”

Lady Lucan is interviewed in her mews house, close to the former family home where she describes how their nanny, Sandra Rivett, was brutally murdered in the basement by the Earl, having mistaken her for Lady Lucan.

She goes into detail about how Lucan’s gambling had led to heavy debts in the lead-up to the attack, their custody battle for their three children which the Earl lost, and his subsequent disappearance days later.

Lady Lucan also offers her own suggestion of what became of her husband, with no trace of him ever confirmed despite myth and speculation building up in the aftermath, and in the decades that followed, as claimed sightings of him were made and multiple theories about what happened to him were put forward.

Since Lucan’s disappearance, his wife has remained largely silent, but now she talks openly about their troubled and tempestuous marriage. Her vivid recollections and the archive footage offer a unique and previously unseen insight into one of the most notorious figures of the twentieth century.