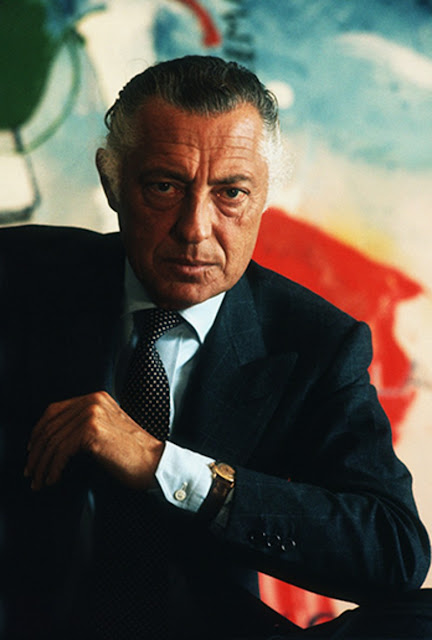 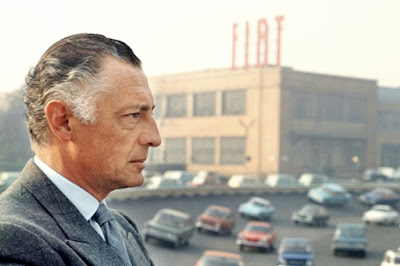 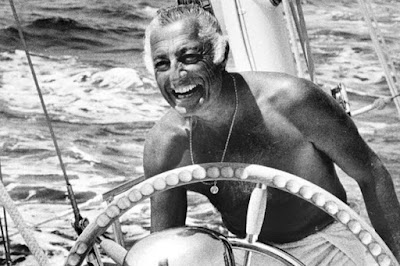 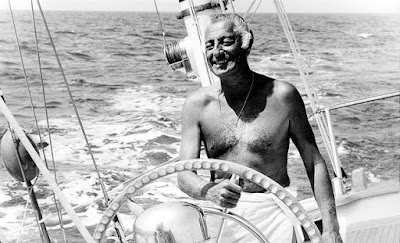 Giovanni "Gianni" Agnelli,  12 March 1921 – 24 January 2003), also known as L'Avvocato ("The Lawyer"), was an influential Italian industrialist and principal shareholder of Fiat. As the head of Fiat, he controlled 4.4% of Italy's GDP, 3.1% of its industrial workforce and 16.5% of its industrial investment in research. He was the richest man in modern Italian history.

As a public figure, Agnelli was also known worldwide for his impeccable, slightly eccentric fashion sense, which has influenced both Italian and international men's fashion.

Agnelli was awarded the decoration Knight Grand Cross of the Order of Merit of the Italian Republic in 1967 and the title Knight of Labour (Cavaliere del lavoro) in 1977. Following his death in 2003, control of the firm was gradually passed to his grandson and chosen heir, John Elkann.

Agnelli was born in Turin, but maintained strong ties with the village of Villar Perosa, near Turin in the Piedmont region. His father was the prominent Italian industrialist Edoardo Agnelli and his mother was Princess Virginia Bourbon del Monte, daughter of Carlo, 4th Prince of San Faustino, head of a noble family established in Perugia. Agnelli was named after his grandfather Giovanni Agnelli, the founder of the Italian car manufacturer Fiat. His maternal grandmother was American.

Gianni – as he was known to differentiate from his grandfather, with whom he shared his first name – inherited the command of Fiat and the Agnelli family assets in general in 1966, following a period in which Fiat was temporarily "ruled" by Vittorio Valletta while Gianni was learning how his family's company worked. Agnelli raised Fiat to become the most important company in Italy, and one of the major car-builders of Europe. He also developed the accessory business, with minor companies also operating in military industry. Agnelli and Fiat would come to share a common vision, Agnelli meaning Fiat and, more sensibly, Fiat meaning Agnelli.

Agnelli was educated at Pinerolo Cavalry Academy, and studied law at the University of Turin, although he never practiced law. He joined a tank regiment in June 1940 when Italy entered World War II on the side of the Axis powers. He fought on the Eastern Front, being wounded twice. He also served in a Fiat-built armoured-car division in North Africa, where he was shot in the arm by a German officer during a bar fight over a woman.[citation needed] After Italy surrendered, due to his fluency in English, Agnelli became a liaison officer with the occupying American troops. His grandfather, who had manufactured vehicles for the Axis powers during the war, was forced to retire from Fiat, but named Valletta to be his successor. Gianni's grandfather died, leaving Gianni head of the family but Valletta running the company. Fiat then began producing Italy's first inexpensive mass-produced car.

Prior to his marriage on 19 November 1953 to Donna Marella Caracciolo dei principi di Castagneto – a half-American, half-Neapolitan noblewoman who made a small but significant name as a fabric designer, and a bigger name as a tastemaker– Agnelli was a noted playboy whose mistresses included the socialite Pamela Harriman and even Jackie Kennedy. Though Agnelli continued to be involved with other women during his marriage, including the film star Anita Ekberg and the American fashion designer Jackie Rogers, the Agnellis remained married until his death of prostate cancer in 2003 at the age of 81. He was universally considered to be a man of exquisite taste. He left his extraordinary paintings to the city of Turin in 2002.

His only son, Edoardo Agnelli, was born seven months after the couple's wedding, in New York on 9 June 1954. Gianni gave up trying to groom him to take over Fiat, seeing how the boy was more interested in mysticism than making cars (he studied religion at Princeton University and took part in a world day of prayer in Assisi). Edoardo, who seemed burdened by the mantle of his surname, committed suicide on 15 November 2000 by jumping off a bridge near Turin; Gianni himself joined police at the scene. Edoardo never married, but he had one son (born out of wedlock in 1973) who was not recognized by Gianni Agnelli.The Agnellis had only one daughter, Countess Margherita Agnelli de Pahlen. She is the mother of John Elkann, Lapo Elkann and Ginevra Elkann. 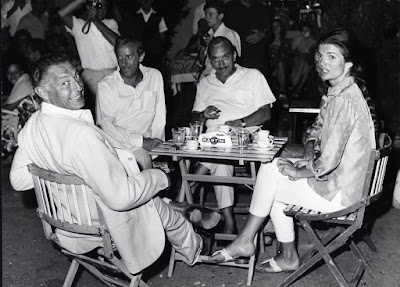 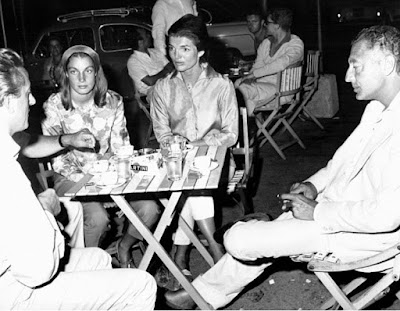 Agnelli became president of Fiat in 1966. He opened factories in many places, including Russia (at the time the Soviet Union) and South America, and started international alliances and joint-ventures (like Iveco), which marked a new industrial mentality. In the 1970s, during the international petrol crisis, he sold part of the company to Lafico, a Libyan company owned by Colonel Qaddhafi; Agnelli would later repurchase these shares, however.

His relationships with the Left, especially with Enrico Berlinguer's Communist Party, were the essence of the relationships between labour forces and Italian industry. The social conflicts related to Fiat's policies (some say politics) always saw Agnelli keeping the leading role; in the 1980s, during the last important trade union action, a dramatic situation in which a strike was blocking all of Fiat's production, he was able to organise the march of 40,000 workers who broke the pickets and re-entered the factories.[citation needed] This marked the demise of the power of trade unions, which to this day have not recovered their influence on Italy's politics and economy.[citation needed] In the 1970s, Fiat and its leaders were attacked, mostly by the Red Brigades, Prima Linea and NAP.[citation needed] Several people working for the group were killed, and trade unions were initially suspected of hiding some of the attackers in their organizations, though the same terrorists later targeted trade unionists like Guido Rossa. Agnelli's politics and the events at Fiat in the 1970s were the subject of Dario Fo's 1981 satirical play Trumpets and Raspberries.

Agnelli was named senator for life in 1991 and subscribed to the independent parliamentary group; he was later named a member of the senate's defence commission.

In the early 2000s, Agnelli made overtures to General Motors resulting in an agreement under which General Motors progressively became involved in Fiat. The recent serious crisis of Fiat found Agnelli already fighting against cancer, and he could take little part in these events.

Agnelli was also closely connected with Juventus, the most renowned Italian football club,[8] of which he was a fan and the direct owner. His phone calls, every morning at 6 am, from wherever he was, whatever was he doing, to the club's president Giampiero Boniperti, were legendary.

Nicknamed L'Avvocato ("The Lawyer") because he had a degree in law (though he was never admitted to the Order of Lawyers), Agnelli was the most important figure in Italian economy, the symbol of capitalism throughout the second half of 20th century, and regarded by many as the true "King of Italy". A cultivated man of keen intelligence and a peculiar sense of humour, he was perhaps the most famous Italian abroad, forming deep relationships with international bankers and politicians, largely through the Bilderberg Group, whose conferences he attended regularly since 1958. Some of the other Bilderberg regulars became close friends, among them Henry Kissinger. Another longtime associate was David Rockefeller (yet another Bilderberg regular), who appointed him to the International Advisory Committee (IAC) of Chase Manhattan Bank, of which Rockefeller was chairman; Agnelli sat on this committee for thirty years. He was also a member of a syndicate with Rockefeller that for a time in the 1980s owned Rockefeller Center.

Later life and death
Agnelli stepped down in 1996, but stayed on as honorary chairman until his death. Giovanni Alberto Agnelli, the son of Gianni's younger brother, Umberto Agnelli, died of a rare form of cancer in 1997 at age 33 while he was being groomed by his uncle to head the Fiat Group. John Elkann, the son of Gianni and Marella's daughter, Margherita, was expected to take over Fiat after Gianni's death. However, Umberto became chairman, taking over from Paolo Fresco. Fresco had diversified the Group's holdings, but Umberto refocused its activities on its auto and mechanics division. He then brought in Giuseppe Morchio to mastermind a rescue strategy for the company. Morchio was expected to continue to run the Fiat Group as it attempted to claw its way out of its latest financial crisis. However, upon Umberto's death, Ferrari chairman Luca Cordero di Montezemolo was named chairman, with Elkann as vice chairman; Morchio immediately offered his resignation. His successor Sergio Marchionne was an expert of reorganisation who between 2002 and 2004 led the Swiss certification company Societé Générale de Surveillance (SGS).

Gianni Agnelli died in 2003 of prostate cancer at age 81 in Turin.

Fiat-owned Scuderia Ferrari named their 2003 F1 contender the F2003-GA, in tribute to Agnelli. 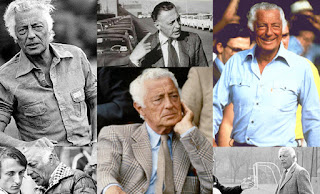