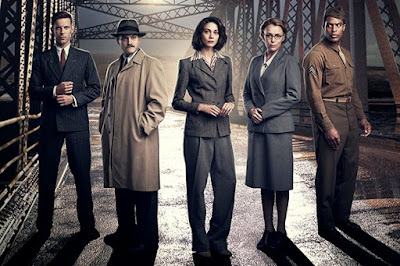 My heart sank rather when, within the first five minutes of Traitors, a big new Sunday-night Channel 4 offering, a chap in a government office in the last year of the second world war took a squirrelly call on a fat Bakelite phone and reluctantly agreed to meet his contact “one last time”. The venue: St James’s Park, the bench next to Horse Guards Parade, lunchtime. Can there have been any more bloody obvious specific venue in London, in western Europe, for spies to meet, then or in the cold war years? They must have been queuing up for a seat, fidgeting in lines, waiting behind those newspapers with cutaway panels for the eyes.
It did get better. Just not significantly so. It raised its game at the first appearance of the ever-magnetic Keeley Hawes, but dropped it at the first appearance of the cliched family and friends of posh young gal Feef (Emma Appleton): the harrumphing, tax-allergic Tory father (Owen Teale); the fresh-faced and idealistic vegetarian Labour MP (Luke Treadaway) ushered in on a wave of Attlee-love, dreams of a welfare state, hostility to Churchill’s more-of-the-same privileged status quo.
Much true, undoubtedly, but writer Bash Doran would appear to be setting out to redress imbalances with a hefty helping of 2019 hindsight. The leftist fifth-columnists and fellow travellers who betrayed their country to Russia after the war, somewhat filthily, do not yet get a look-in; instead, the Americans are cast as the boo-hiss. Those paranoid Yanks have appealed to Feef’s Tory instincts and convinced her to infiltrate Whitehall as their spy, somehow stupidly conflating the benign birth of the welfare state with Stalin’s malignant yearnings for domino-effect global communism. And so we get awkward but usefully expositional dinners between Feef and young soy-boy – but Churchill won the war! But you’re insanely privileged and care naught for horny-handed sons of toil! – and, also, Hawes leading a somewhat historically unlikely strike for women’s rights in the Cabinet Office.
I don’t usually mind this kind of revisionism; can appreciate, revel in its freshness, its new eyes, but this is in mild danger of being slathered on with a trowel. It’s always heartily good to keep an open mind. Maybe not so open that your brains fall out. 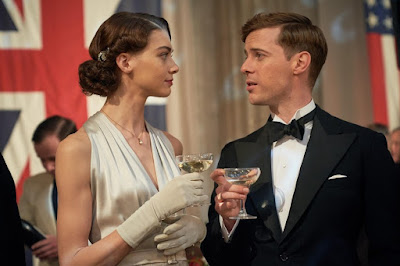 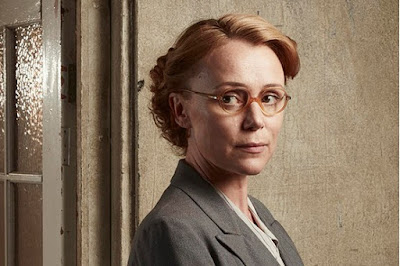 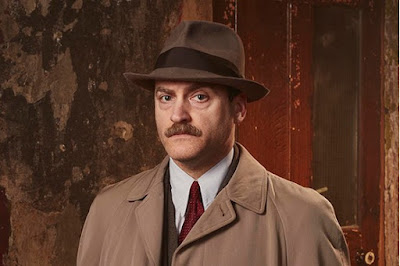 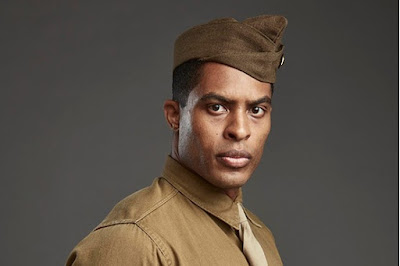 It’s 1945 and World War Two is nearly over. Somewhere in England, Fiona Symonds (“Feef” to her friends) is training to be a spy and be dropped behind enemy lines. Her training involves such amusements as being woken in the night by having a bucket of water chucked over her, then being interrogated by two fake German officers.
But the end of the war in Europe brings Feef’s dreams of covert derring-do to a sudden halt. Wrapped in the arms of her American lover Peter McCormick (Matt Lauria), she wistfully laments that she now won’t be able to parachute into Germany and blow up bridges. Perhaps her handlers omitted to mention that a vast percentage of British agents ended up betrayed, captured, tortured and shot.

However, the end of one war elides smoothly into a new one, the Cold War, though according to this version at least (Traitors is written by playwright Bash Doran), the British were slow to appreciate the dangers. It takes another American, a man known only as Rowe (Michael Stuhlbarg) who works for the Yanks’ OSS intelligence service, to point out that the British are feeble, politically, economically and psychologically. Stalin is targeting Britain, which hasn’t yet woken up to the infiltration of Communist agents into the heart of government.

Doran, a British writer who’s been working for years in the States, evidently saw this momentous historical moment as an opportunity to probe various aspects of the nature of Britishness, with its class divide, post-war identity crisis and political upheavals. Any vague echoes of Brexit are obviously deliberate. The ejection of Winston Churchill and the election of Attlee’s Labour government was a central event in this first episode, with Feef, from a solidly Conservative family, sparring briskly with Hugh Fenton (Luke Treadaway, pictured above), a newly-elected young Labour MP. There was nothing nuanced about any of this, though. Feef’s father St John Symonds (Owen Teale) is a weary pastiche of a harrumphing Sir Bufton Tufton from the Tory shires, waiting to take his seat in the Lords, while Fenton loves delivering self-righteous set-pieces about Tory crimes against the working classes.

Luckily the Americans are here to upset the apple cart. President Truman has given the order for the OSS agents to pack their bags and come home, but Rowe think he’s making a big mistake. He sees major potential in Feef, who has has landed herself a job with the housing department of the Civil Service, having convinced her interviewer Priscilla Garrick (Keeley Hawes) that she, as a Conservative, would have no problems working with a Labour government. “We are neutral,” declares Priscilla, primly (how times have changed). Rowe thinks Feef can be his perfect Commie-spotting mole in the innards of the British establishment (watch out, Guy Burgess).

We shall see. It may be an idea pregnant with possibilities, but this first instalment felt clunky and undercooked. Emma Appleton as Feef is brittle and not very interesting, and even the usually excellent Stuhlbarg (pictured above left) is struggling to wring much convincing life out of his character (though he’s undoubtedly cold-bloodedly ruthless). In its own more human and less schematic way, Foyle’s War did a much better job of covering similar territory. 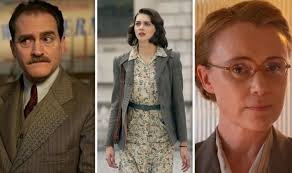 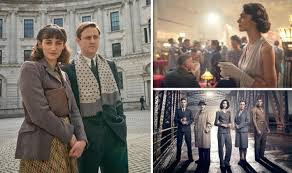