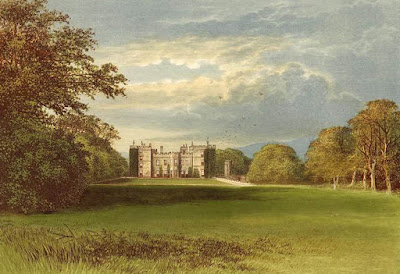 Its current owners market the castle as being the most haunted castle in Britain. It has been investigated on television, Most Haunted, I'm Famous and Frightened!, Scariest Places On Earth, Holiday Showdown, Alan Robson's Nightowls), The ParaPod, Ghost Hunters International, and A Blood Red Sky (2013). Some of these ghosts are referred to in a 1925 pamphlet by Leonora, Countess of Tankerville. Others, such as John Sage, are of more recent invention.


The most famous ghost of the castle is the "blue (or radiant) boy", who according to the owners used to haunt the Pink Room in the castle. Guests supposedly reported seeing blue flashes and a blue "halo" of light above their beds after a loud wail. It is claimed that the hauntings ceased after renovation work revealed a man and a young boy inside a 10-foot-thick (3.0-metre) wall. Documents dating back to the Spanish Armada were reportedly also found within the wall. 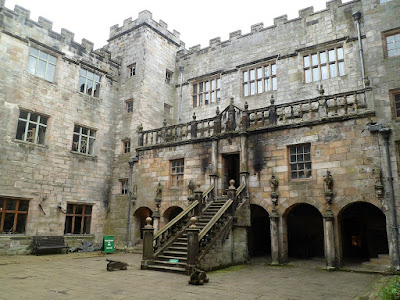 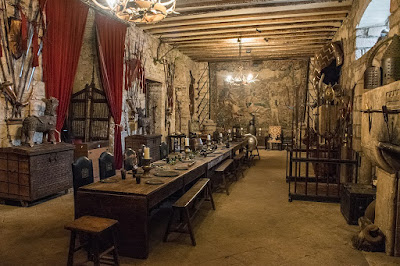 Chillingham Castle is a medieval castle in the village of Chillingham in the northern part of Northumberland, England. It was the seat of the Grey and Bennett families from the 15th century until the 1980s, when it became the home of Sir Edward Humphry Tyrrell Wakefield, 2nd Baronet, who is married to a member of the original Grey family.

A large enclosed park in the castle grounds is home to the Chillingham cattle, a rare breed, consisting of about 90 head of white cattle. The castle is a Grade I listed building.

The castle was originally a monastery in the late 12th century. In 1298, King Edward I stayed at the castle on his way to Scotland to battle a Scottish army led by William Wallace. A glazed window in a frame was specially installed for the king, a rarity in such buildings at the time.

The castle occupied a strategically important location in medieval times: it was located on the border between two feuding nations. It was used as a staging post for English armies entering Scotland, but was also repeatedly attacked and besieged by Scottish armies and raiding parties heading south. The site contained a moat, and in some locations the fortifications were 12 feet (3.7 metres) thick.

The building underwent a harsh series of enhancements, and in 1344 a Licence to crenellate was issued by King Edward III to allow battlements to be built, effectively upgrading the stronghold to a fully fortified castle, of quadrangular form. 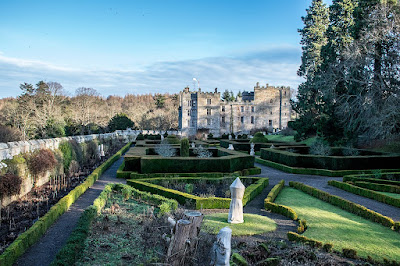 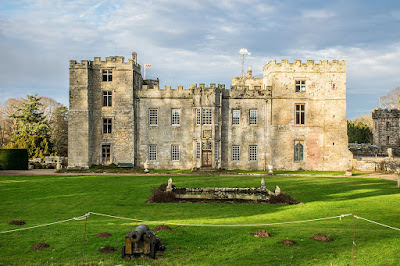 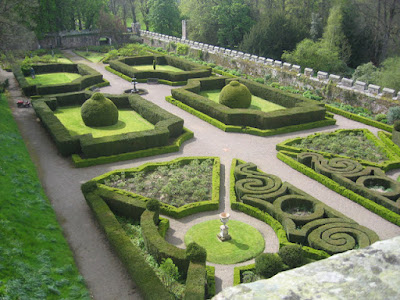 Anne of Denmark and her children stayed in the castle on their way to London on 6 June 1603. In 1617, James I, whose reign unified the crowns of England and Scotland (James I of England was also James VI of Scotland), stayed at the castle on a journey between his two kingdoms. As relations between the two countries became peaceful following the union of the crowns, the need for a military stronghold in the area declined. The castle was gradually transformed; the moat was filled, and battlements were converted into residential wings. A banquet hall and a library were built.

In the 18th and 19th centuries, the grounds underwent landscaping, including work carried out by Sir Jeffry Wyattville. The once extensive park is now under a separate ownership from the castle.

The Prince and Princess of Wales stayed at Chillingham Castle en route to Scotland, in 1872.

Great hall, used as a filming location for Elizabeth. The fireplaces are film props.
During the Second World War, the castle was used as an army barracks. During this time, much of the decorative wood is said to have been stripped out and burned by the soldiers billeted there. After the war, the castle began to fall into disrepair. Lead had been removed from the roof, resulting in extensive weather damage to large parts of the building.

In 1982, the castle was purchased by Sir Humphry Wakefield, 2nd Baronet, whose wife Catherine is descended from the Greys of Chillingham, and Wakefield set about a painstaking restoration of the castle.

In 1997, the castle was used as a filming location for Elizabeth, featuring as Leith Castle and as the hunting lodge.[6] The fibreglass fireplaces from the film remain in the great hall, covering 18th century white marble fireplaces from Wanstead House.

As of 2020, sections of the castle are open to the public including for late night ghost tours, and eight apartments within the castle and its outbuildings are available for holiday rentals.