A Famous "Ménage ä Trois": Emma, The Antiquarian and Volcanist Lord and The National Hero 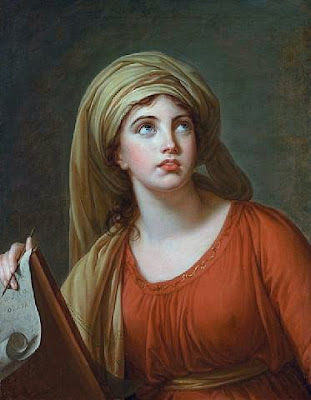 Details of Emma's early life are unclear, but at age 12, she was known to be working as a maid at the Hawarden home of Doctor Honoratus Leigh Thomas, a surgeon working in Chester 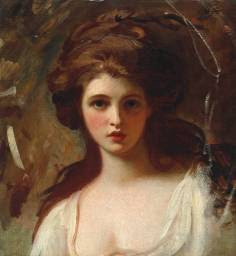 Still only fifteen years old, Emma met Sir Harry Featherstonhaugh who hired her for several months as hostess and entertainer at a lengthy stag party at Sir Harry's Uppark country estate in the South Downs. She is said to have entertained Harry and his friends by dancing naked on the dining room table.[1] Sir Harry took Emma there as mistress but frequently ignored her in favour of drinking and hunting with his friends. Emma soon formed a friendship with one of the guests, the dull but sincere Honourable Charles Francis Greville (1749–1809), second son of the first Earl of Warwick and a member of Parliament for Warwick. It was about this time (late June-early July 1781) that she conceived a child by Sir Harry.

Sir Harry was furious at the unwanted pregnancy but is thought to have accommodated Emma in one of his many houses in London. Emma gave up on Sir Harry: probably at this time she had formed a romantic attachment to Greville. He was closer to her in age, and she might have believed that he was able to marry her. Emma became Greville's mistress. When the child (Emma Carew) was born, she was removed to be raised by a Mr and Mrs Blackburn.[2] As a young woman, Emma's daughter saw her mother reasonably frequently, but later when Emma fell into debt, Miss Carew worked abroad as a companion or governess 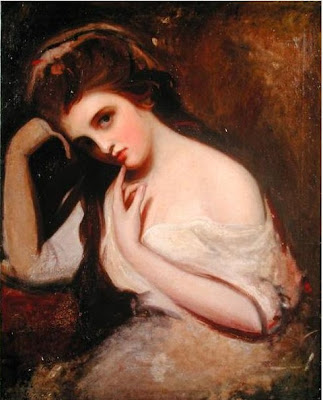 Emma was at Greville's mercy and acceded to his request to change her name to "Emma Hart". Greville kept Emma in a house at Edgeware Row, but he was in love with her and, wanting a painting of her, sent her to sit for his friend, the painter George Romney. Romney painted many of his most famous portraits of Emma at this time. Indeed, Romney maintained a lifelong obsession with her, sketching her nude and clothed in many poses that he used in paintings he made in her absence. Through the popularity of Romney's work and particularly of his striking-looking young model, Emma became well known in society circles, under the name of "Emma Hart". She learned quickly and was elegant, witty and intelligent. And, as paintings of her attest, Emma was also extremely beautiful.

George Romney was fascinated by her looks and ability to adapt to the ideals of the age. Romney and other artists painted her in many guises.

In 1783, Greville needed to find a rich wife to replenish his finances (in the form of eighteen-year-old heiress Henrietta Middleton). Emma would be a problem, as he disliked being known as her lover (this having become apparent to all through her fame in Romney's artworks), and his prospective wife would not accept him as a suitor if he lived openly with Emma Hart.

To be rid of Emma, Greville persuaded his uncle, Sir William Hamilton, British Envoy to Naples, to take her off his hands. Greville's marriage would be useful to Sir William, as it relieved him of having Greville as a poor relation. To promote his plan, Greville suggested to Sir William that Emma would make a very pleasing mistress, assuring him that, once married to Henrietta Middleton, he would come and fetch Emma back. Emma's famous beauty was by then well-known to Sir William, so much so that he even agreed to pay the expenses for her journey to ensure her speedy arrival. He was interested in her, as a great collector of antiquities and beautiful objects, and that was how he first viewed Emma. He had long been a happily married man, now in his mid-fifties, and he liked female companionship very much. His home in Naples was well known all over the world for hospitality and refinement. He needed a hostess for his salon, and from what he knew about Emma, she would be the perfect choice. 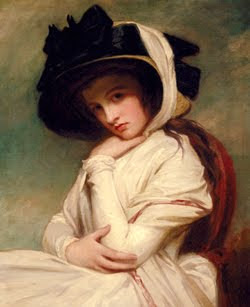 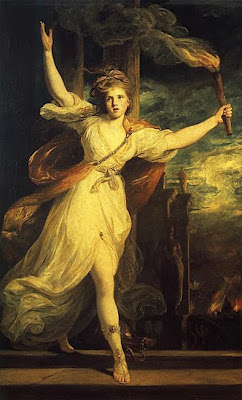 As Sir William's mistress, Emma developed what she called her "Attitudes", using Romney's idea of combining classical poses with modern allure as the basis for her act. This eventual cross between postures, dance, and acting, was first revealed in Spring 1787 by Sir William to a large group of European guests at his home in Naples, who quickly took to this new form of entertainment - guessing the names of the classical characters and scenes which Emma portrayed. 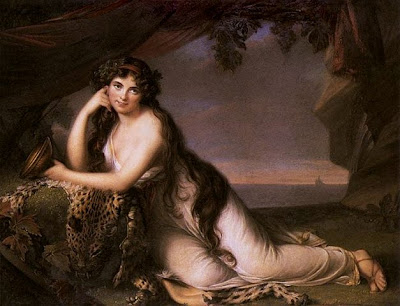 For her "Attitudes", Emma had her dressmaker make dresses modeled on those worn by peasant islanders in the Bay of Naples, and on loose-fitting garments such as she wore when modeling for Romney. The performance was a sensation across Europe. Using a few shawls, she posed as various classical figures from Medea to Queen Cleopatra, and her performances charmed aristocrats, artists such as Élisabeth-Louise Vigée-Le Brun, writers — including the great Johann Wolfgang von Goethe — and kings and queens alike, setting off new dance trends across Europe and starting a fashion for a draped Grecian style of dress. 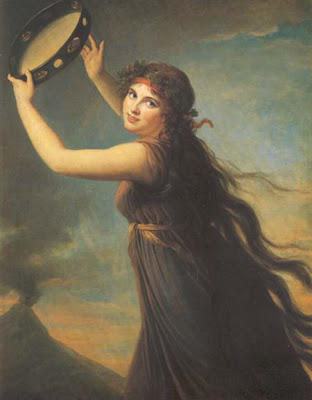 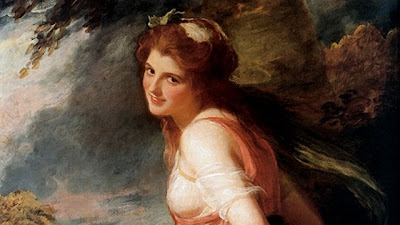 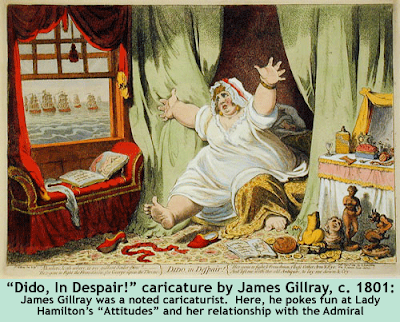 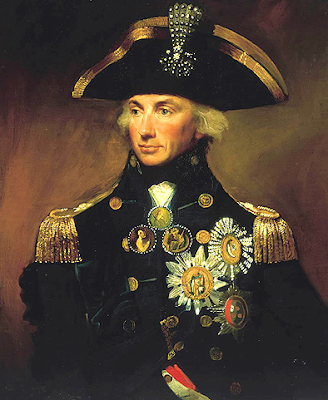 Nelson returned to Naples five years later, on 22 September 1798 (with stepson, Josiah, who was in his early twenties), a living legend, after his victory at the Battle of the Nile in Aboukir. However, Nelson's adventures had prematurely aged him: he had lost an arm and most of his teeth, and was afflicted by coughing spells. Emma reportedly flung herself upon him in admiration, calling out, "Oh God, is it possible?", as she fainted against him. Nelson wrote effusively of Emma to his increasingly estranged wife, Lady Fanny Nelson
Emma nursed Nelson under her husband's roof, and arranged a party with 1,800 guests to celebrate his 40th birthday. They soon fell in love and their affair seems to have been tolerated, and perhaps even encouraged, by the elderly Sir William, who showed nothing but admiration and respect for Nelson, and vice-versa. Emma Hamilton and Horatio Nelson were by now the two most famous Britons in the world. They were not only in love with each other, but admired each other to the point of adulation. They were, so to speak, also in love with both their own fame, and that of their lover. 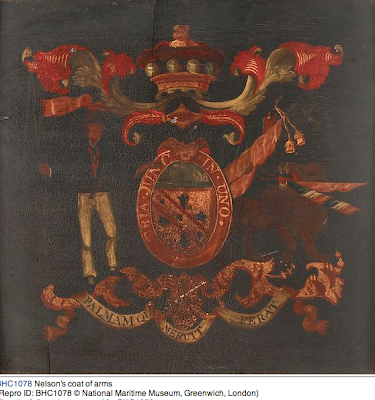 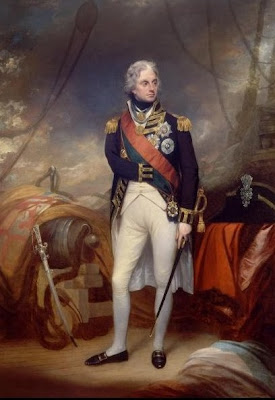 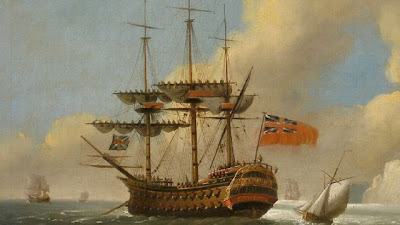 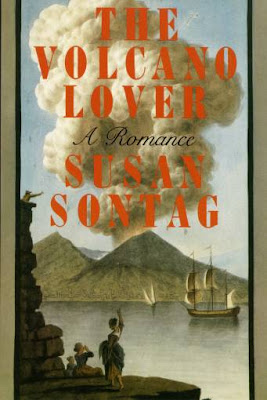 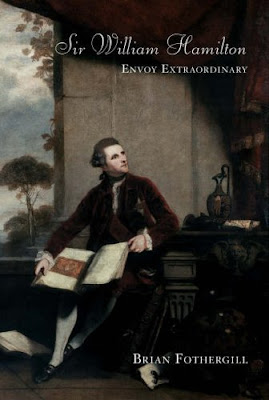 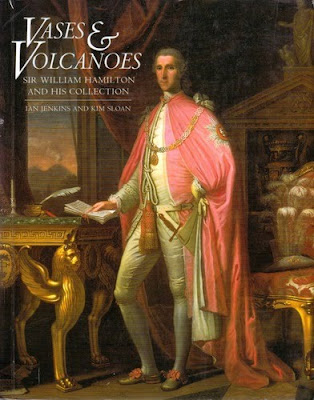 Sir William Hamilton was elected a Fellow of the Royal Society in 1766 and published his paper "Campi Phlegraei: Observations on the Volcanoes of the Two Sicilies" in the same year. He made more than 65 ascents of Mount Vesuvius and made a number of drawings before its eruption in 1767. The Royal Society awarded him the Copley Medal in 1770 for his paper, "An Account of a Journey to Mount Etna". 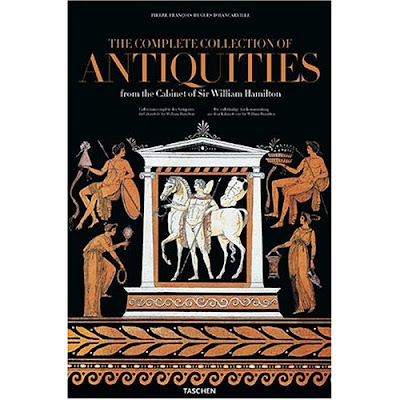 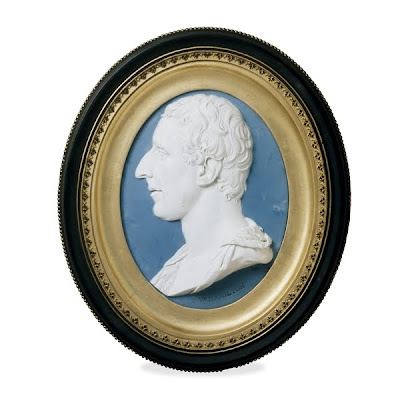 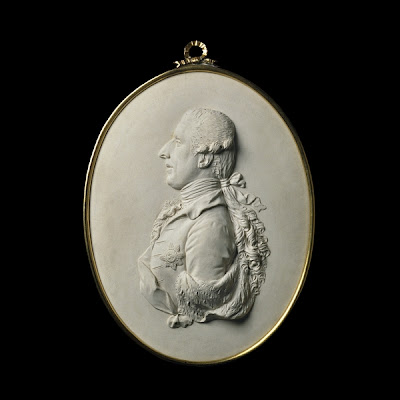 In 1786, a stunning young lady was sent to Sir William by his nephew, Charles Greville, in exchange for him settling Greville's debts. Like most of the men who wandered into her orbit, Sir William was smitten with Emma Lyon, who performed dances inspired by classical elements for himself and his guests, including Goethe, while wearing no undergarments. However, he made no advances until she was ready to accept him. They married on 6 September 1791 at St Marylebone Church, London. He was 60; she was 26. She later became the lover of Horatio Nelson, a man Sir William admired greatly, and whose liaison he reportedly encouraged. 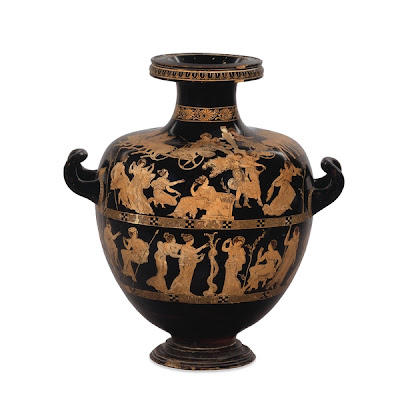 After serving as Member of Parliament for Midhurst from 1761, he left his seat to become Britain's ambassador to the court of Naples from 1764 to 1800. During this time he studied local volcanic activity and earthquakes, and wrote a book on the ancient Roman city of Pompeii. He collected Greek vases and other antiquities, selling part of his collection to the British Museum in 1772. A small part of his second collection went down with HMS Colossus while being transported to Britain in 1798. The surviving part of the second collection was catalogued for sale at auction at Christie's when at the eleventh hour Thomas Hope stepped in and purchased the remains of Hamilton's second collection of mostly South Italian vases 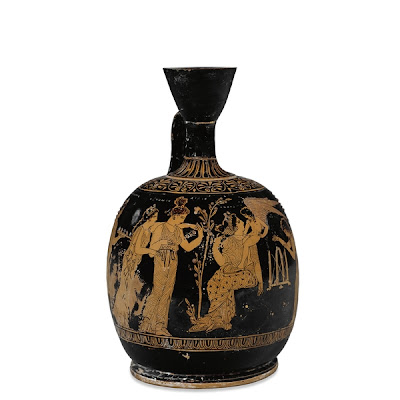