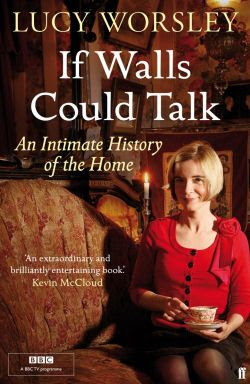 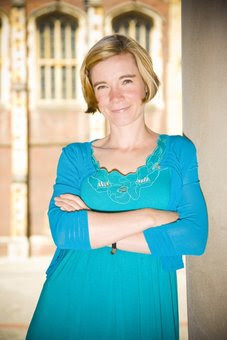 Dr. Lucy Worsley :
"When the BBC suggested that I temporarily leave my usual rather grand surroundings at Britain's Historic Royal Palaces, where I work as a curator, in order to present If Walls Could Talk: The History Of The Home, I was thrilled.
This BBC Four series explores the history of British homes at all levels in society, from peasant's cottage to palace.
The series started last week and its four episodes examine the living room, bathroom, bedroom and kitchen respectively.
We cover the whole period from the Normans to the present day, examining shifting attitudes to privacy, class, cleanliness and technology." 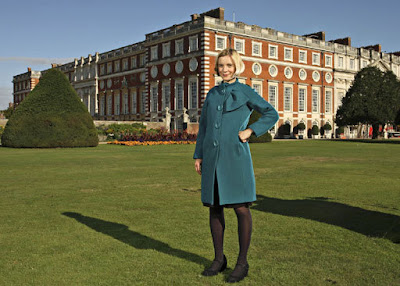 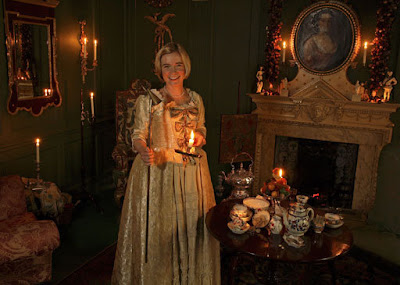 A racy exploration of how we’ve used the rooms in our houses over the centuries is all good fun, in a Horrible Histories way
Bee Wilson Sunday Times 10th April 2011
The book, If Walls Could Talk, accompanies a forthcoming BBC4 series on the history of the home. It takes us through the bedroom, bathroom, living room and kitchen, covering domestic topics such as oil lamps v candles, chair design, masturbation, wigs and cooking utensils. Almost every page contains some equally diverting nugget.
Almost every page contains some equally diverting nugget. Worsley is like a larky tour guide, whirling us round the seedier corridors of the royal palaces. She draws our attention to a pornographic piece of graffiti on a staircase at Hampton Court. It shows a lady with her legs apart, “naked except for a pair of very beautifully drawn shoes”. An early example of foot fetishism, perhaps. Then she moves on to knickers. Did we know that “16th, 17th and 18th-century female dress quite simply precluded wearing knickers…so ladies went commando”? Before we have had time to digest any of this, she hurries us on to the smallest room in the house. In the age of the chamber pot, lavatories were “everywhere and nowhere”. A “piss pot” is on display at Hampton Court, Worsley notes, containing traces of “genuine Tudor urine”. The lowliest servants in the palace did not have personal chamber pots but used the Common Jakes, a toilet capable of seating 14 at a time, discharged into a giant tank. Pity the poor “gong scourers whose job it was to clean it out”.
She has similar racy things to tell us about beauty creams (made from dog turds and arsenic), male corsetry, birthing chairs and the barbaric 18th-century practice of tooth transplantation, whereby a rich person would buy healthy teeth from a poor person and pay a surgeon to transplant them with the aid of pliers and alcohol. It’s all terrific fun, in a Horrible Histories kind of way. 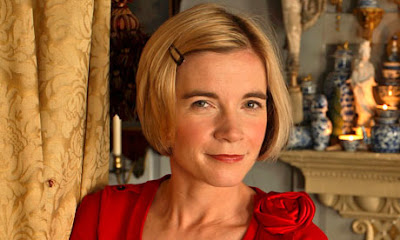 Sam Wollaston
guardian.co.uk, Wednesday 20 April 2011
Brilliant…Dr Lucy Worsley.
Television is aways looking for new ways of doing things, new tricks. I wasn't sure about the format for If Walls Could Talk: the History of the Home (BBC4) when it started last week. We're doing how houses have changed over time, room by room. And I thought it might get tedious to keep going back to medieval times or whenever and then working forward to today, four weeks in a row. I thought I might begin to feel like a human yo-yo in time.

So far that hasn't been a problem, though, because any problem with format is totally overshadowed by the presenter. Dr Lucy Worsley, who's chief curator of Historic Royal Palaces, is brilliant. Or wather, she's chief cuwator of Histowic Woyal Palaces, and she's bwilliant. I know it's wrong to mock people for the way they speak, but I'm not mocking, I'm celebrating. Dr Lucy's little issue with Rs suits her posh, no-nonsense, jolly hockey sticks personality like a silk glove. It's not a speech impediment; it's a speech enhancement. She just has to be careful – and it must be hard when she's dealing with social history – not to mention rank too much.
So we've got to the bathroom. Well, medieval people didn't have them, obviously, but they didn't stink either (it wasn't until Tudor times that it got really whiffy). They washed in bathhouses, and pooed from a great height into the river. And then they wiped their bottoms on bundles of straw called arse wisp. Or, if they were very posh, they used a sponge on a stick, the olden-days equivalent of scented, quilted, multi-ply loo paper. (The labrador hadn't been invented back then, so they used wolf cubs in the advertising.)
Dr Lucy isn't shy of any of this stuff. She tackles it all head on. And she gets involved. She tries out an 18th-century secret standing-up under-the-dress scoop-shaped chamber pot ("No one knows what I'm doing!"). She gets a man called Brian to pee into a jug, because urine was used as a stain remover for the laundry ("Go forth and do your duty!"). She goes without washing for a week ("I feel itchy and horrible all over!"). And she bathes in a very cold-looking sea wearing some ridiculous Georgian undergarments ("It's roused up my drowsy spirits and it's invigorated my stupid mind!").
Dr Lucy's mind isn't really stupid, of course – this is just a funny reference to what the silly Georgian doctors thought a sea swim could do for you. She's super-brainy, but not in a dry academic way. Get involved; gosh, this is rather fun; who cares if I look a bit ridiculous? – that's her attitude. And it's as infectious as the plague. Who knew that the history of sanitation could be such a hoot? 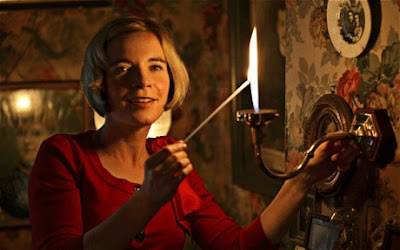 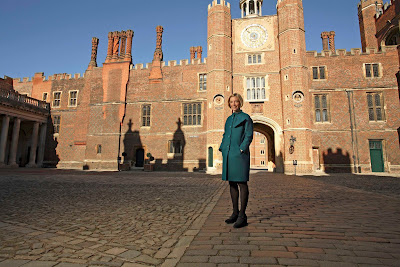 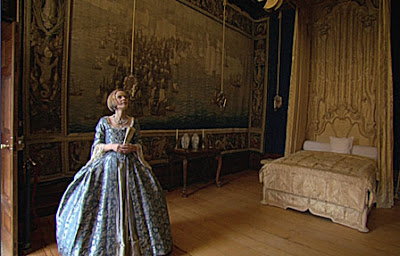 'i say, spiffing blog jeeves what!
hya, great piece on the brilliant lucy worsley..i have a thing for her i suppose but she is good at her work..have you done anything on jilly goolden?
i have to say, i would love to read something about tanya beckett,what a woman..nice one jeeves.