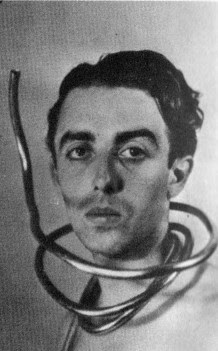 Brian Christian de Claiborne Howard (13 March 1905 – 15 January 1958) was an English poet, whose work belied a spectacularly precocious start in life; in the end he became more of a journalist, writing for the New Statesman.
He was born to American parents in Hascombe, Surrey, and brought up in London; his father Francis Gassaway Howard was an associate of James Whistler. He was educated at Eton College, where he was one of the Eton Arts Society group including Harold Acton, Oliver Messel, Anthony Powell and Henry Yorke. He entered Christ Church, Oxford in 1923, not without difficulty. He was prominent in the group later known as the Oxford Wits. He was one of the Hypocrites group that included Harold Acton, Lord David Cecil, L. P. Hartley and Evelyn Waugh. It has been suggested that Howard was Waugh's model for Anthony Blanche in Brideshead Revisited.
At this time he had already been published as a poet, in A. R. Orage's The New Age, and the final Sitwell Wheels anthology. He used the pseudonyms Jasper Proude and Charles Orange. His verse also was in Oxford Poetry 1924.
Subsequently he led a very active social life, tried to come to terms with his homosexuality, and published only one substantial poetry collection God Save the King (1930, Hours Press). He was active as a poet during the Spanish Civil War, but did not ultimately invest in his work with seriousness. He drank heavily and used drugs.
During World War II he was part of the little ships armada to Dunkirk and later worked for MI5 and had a low-level post in the Royal Air Force.
He suffered from bad health in the 1950s, and committed suicide after the accidental death of a lover. 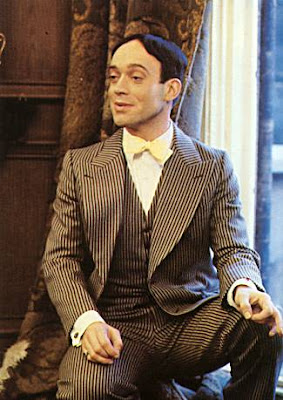 Howard, Brian (1905-1958)
As a flamboyant schoolboy aesthete, Brian Howard seemed destined to make his mark, if perhaps a dubious one, in the cultural world of Modernist Britain. But while Howard was most adept at creating personal facades, he failed to produce any lasting work, drifted aimlessly through life, and ended tragically.
As a result, he is notable for being a most extraordinary failure, remembered mostly as an interesting secondary figure among the "Brideshead Generation," the mostly homosexual "Bright Young Things" of Oxford in the 1920s.
Brian Christian de Claibourne Howard was born in Surrey, England, to American émigré parents. Although the truth is uncertain, Howard maintained that his father, Francis Gassaway Howard, was of Jewish origins, and thus Howard was himself frequently assumed to be Jewish, however mistakenly.
What is certain is that his father, an entrepreneur from Washington, D.C., was more absent than present in his son's life, and the boy was raised by his indulgent and socially pretentious mother, a "Southern belle" who had inherited a modest fortune.
The cherubic-looking Howard was sent to Eton, where he soon became known to his classmates as an artistic (if affected) innovator, and as a self-absorbed and precocious rebel to his schoolmasters. While there, he befriended a classmate, Harold Acton, a boy of similar disposition who would later eclipse him in artistic and literary endeavors.
The two founded the Eton Society of Arts, a group whose members included such future literary figures as Cyril Connolly, Anthony Powell, and Henry Greene. Howard also edited a literary magazine, the Eton Candle (1922), which included contributions from many of his contemporaries.
At this point in his life, Howard seemed destined for a brilliant career in the arts, and he planned to carry on his Eton activities on a grander scale with Acton at Oxford. Acton easily passed his entrance examinations, but Howard, an undisciplined student, did not. Although he passed (by cheating) the following year, by the time he arrived at Oxford's Christ Church in 1923, he had been overshadowed by his former protégé.
At Oxford, Howard was mostly known for his socializing and for flaunting his homosexuality. He was, for a time, a friend of Evelyn Waugh, who later based a number of his less attractive homosexual (and Jewish) characters on his erstwhile companion.
Howard left Oxford in 1927, after two attempts to pass his final examinations, and subsequently drifted from one London party to another for a few years. For most of the 1930s, he lived on his mother's money and traveled aimlessly through Europe with a German boyfriend identified only as "Toni" (as did Sebastian Flyte in Waugh's Brideshead Revisited), and he was on the fringes of the Christopher Isherwood-W. H. Auden circle in Berlin.
While his former classmates embarked on notable literary careers, Howard remained unpublished and unproductive. When Toni was detained as a hostile alien in France at the beginning of World War II, Howard returned to England where, amazingly, he was commissioned as an officer in MI5, the British counterintelligence agency. In 1943, he was dismissed from MI5 for numerous indiscretions, and he spent the rest of the war as a low-ranking aircraftsman in the Royal Air Force, frequently in trouble for such infractions as losing his uniform in a public lavatory.
At forty, Howard was a failed artist. Alcoholic, financially dependent on his mother, and in poor health, he had produced no poetry or fiction since his undergraduate years. After the war, he resumed his life of drifting, this time in the company of a muscular young Irishman.
In January 1958, his lover died of asphyxiation from a faulty gas heater. Howard, blaming himself for this accident, committed suicide with an overdose of the sedatives to which he had become addicted, thus bringing a life of unfulfilled promise to an end.
Howard has lived on, however ironically, as the inspiration for any number of grotesque minor characters ("aesthetic buggers," as Waugh put it) in works of the schoolmates who had once admired him.
Patricia Juliana Smith 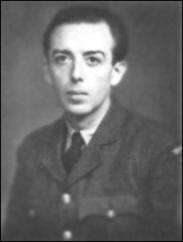 An Oxford spy in THE MORNING STAR

JOHN BRANSTON discovers that the man who inspired Evelyn Waugh's Anthony Blanche was an anti-nazi propagandist. 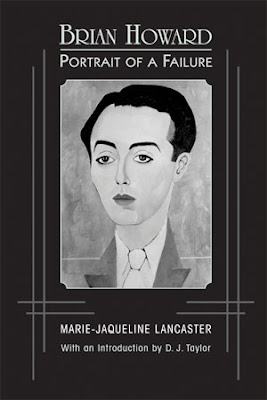 Mad, bad and dangerous to know’ is how Evelyn Waugh once described Brian Howard, but he was more complicated than that. He was incontestably the wittiest man of his generation. He could be cruel and compassionate by turn. He bulged with talent, but achieved very little. A paradox at every turn: he was an American at Eton, where he produced The Eton Candle and met Edith Sitwell, who encouraged him as a poet. At Oxford he was the leading light of the most extravagant social set and an aesthete who hunted. In the twenties he was the impresario of the wildest parties and pulled off the craziest practical jokes. Nevertheless, he became a passionate anti- Nazi in the thirties, after having been sent to Germany to be analysed, and later an inspired literary critic. In the Second World War he joined up and must have been the oddest aircraftman since T. E. Shaw.
After the War he became increasingly drunk, quarrelsome and dependent, and finally, after the death of his last lover, Sam, killed himself.
Throughout his life he was surrounded by the most brilliant men and women of the age, who envied his talents, who adored him and who were exasperated by him. Their names alone constitute an anthology of the most exciting people on the English scene between the two wars.
This biography is both an unusual document of that period and a study of its most brilliant failure. 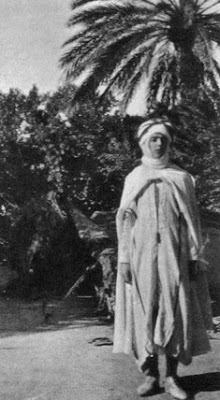