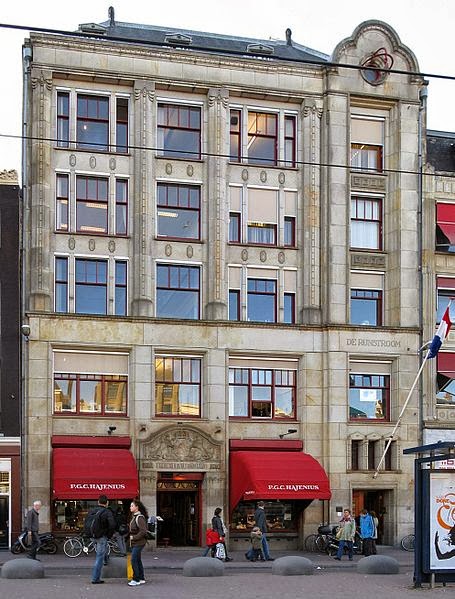 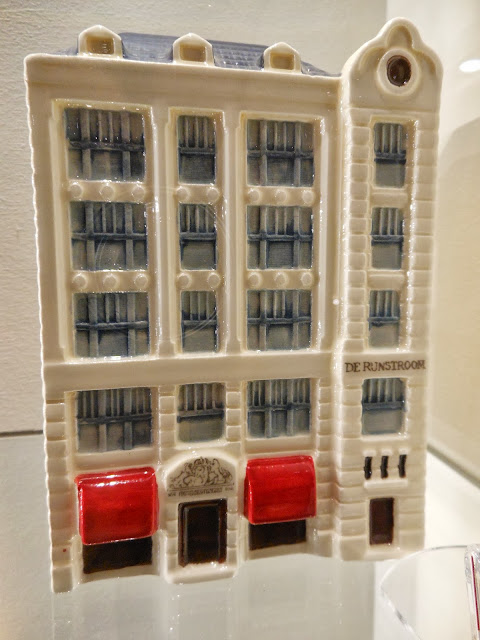 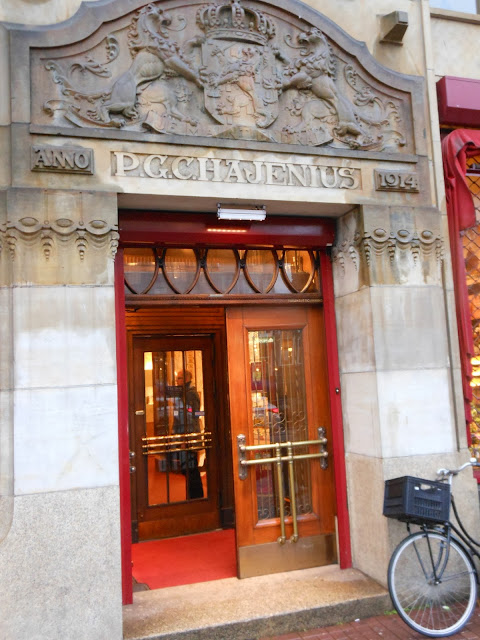 Since 1915 Amsterdam's Rokin boulevard has been the home of one of Europe's most famous cigar houses: the House of Hajenius.

The Van Gendt brothers' design incorporated familiar shapes and occasional references to 17th and 18th century architectural styles. The Hajenius building was constructed using a concrete skeleton structure that was particular innovative for the time. The facade was made up of two separate sections â€“ a wide left-hand portion mirroring the store entrance in the centre and a narrow right-hand portion with an entrance to the offices above. The facade was clad in the same expensive Oberkirchen sandstone as the Maison de Bonneterie. The lower wall beneath the storefront was made from granite. The building had a high storefront extending from the ground floor to the first floor that formed a plinth for the three pilastered upper storeys. A royal coat of arms was hewn into the sandstone above the store's regal entrance with the words 'P.G.C. Hajenius' and the year '1914'. The familiar name of the building, De Rijnstroom, was placed above the entrance to the upper storeys. 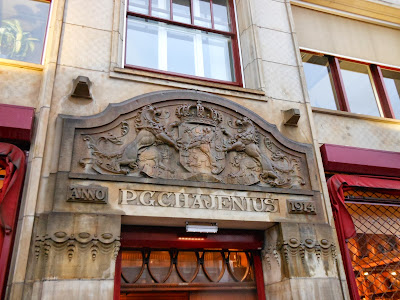 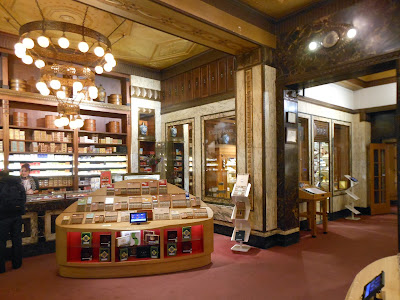 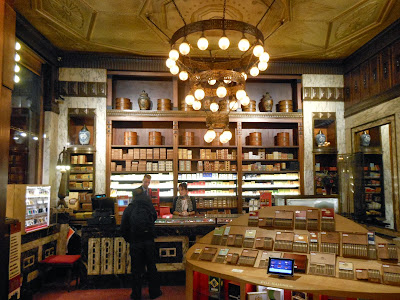 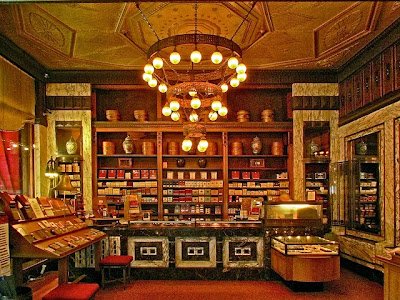 
The oak entranceway was fitted with heavy doors and copper hardware. This led into a large rectangular-shaped room with counters on both sides made of Italian marble. Two huge brass chandeliers that had been removed from the store on Dam Square were suspended from the ornately decorated coffered ceiling. The walls were clad in various types of marble and open mahogany cabinets displayed not only boxes of cigars, but also 19th-century, wooden pipe tobacco boxes and decorative delftware pots. Hardstone floors with mosaic patterning were later hidden away under carpeting due to wear and tear. The Van Gendt brothers used exclusively natural products for the interior such as wood, marble and hardwood. No paints or related products could be used inside this exclusive cigar store because cigars were particularly susceptible to absorbing odours from their surroundings. For quite some time, two traditionally crafted wooden cigar cases formed the showpieces in the centre of the store. The cases displayed a Corona and a figurado of the same make, the Corriente del Rhin, named after the three Hajenius buildings, De Rijnstroom. 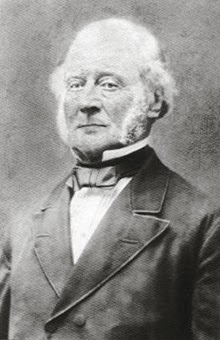 PGC Hajenius (1806-'89)
However the history of Hajenius begins in 1826, when the nineteen-year old Pantaleon Gerhard Coenraad Hajenius left the fortified town of Doesburg for Amsterdam. And Hajenius had a dream: to open a store that offered customers only the very best cigars. Young Hajenius was evidently a born businessman, since he established his new store in the Hotel Rijnstroom on the Vijgendam - and a location more suited to the achievement of his dream was virtually inconceivable.

His new store was located amongst a prosperous clientele, and just a stone's throw from the Tobacco Exchange - as well as some thirty small cigar factories, where he had the best cigar makers use the choicest tobaccos to make his Hajenius cigars for him. His store was an immediate success: leading citizens soon made their way to his store, rapidly joined by prominent industrialists - and even Royalty. The market for his cigars soon extended far beyond the national borders. His store rapidly became too small, and he moved to a new location on the Dam.

His fame continued to grow through the years; Hajenius acquired its reputation as a renowned cigar house, with a continually increasing number of customers. Once again, the store became too small, and a new location was required; a location possessing a status compatible with the prestige of the now universally-acclaimed House of Hajenius. The need for a new location resulted in the construction of an elegant store on the Rokin, built in German sandstone, which was once again christened 'Rijnstroom '. It has since transpired that this third relocation in 1915 was to be the last: the House of Hajenius is still located on the Rokin, in premises where nothing would seem to have changed. 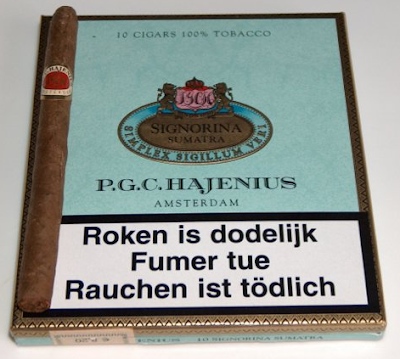 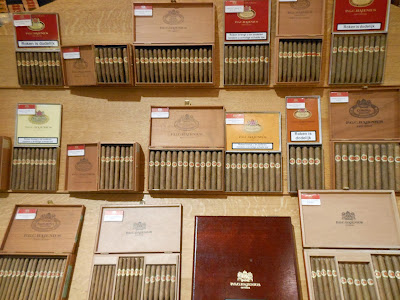 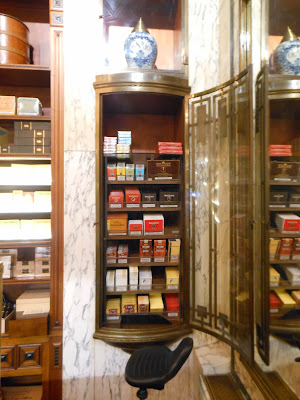 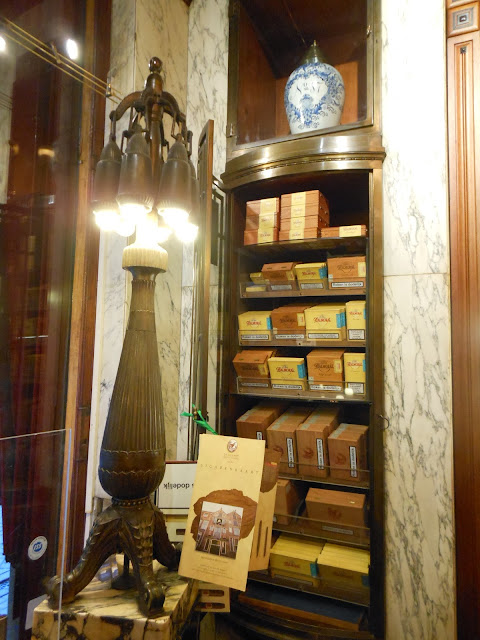 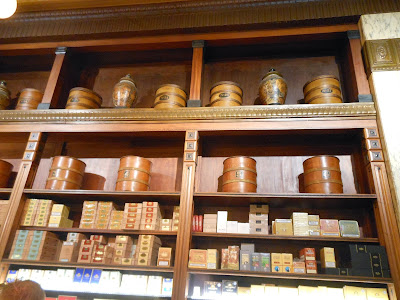 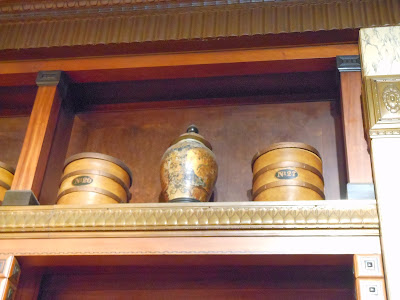 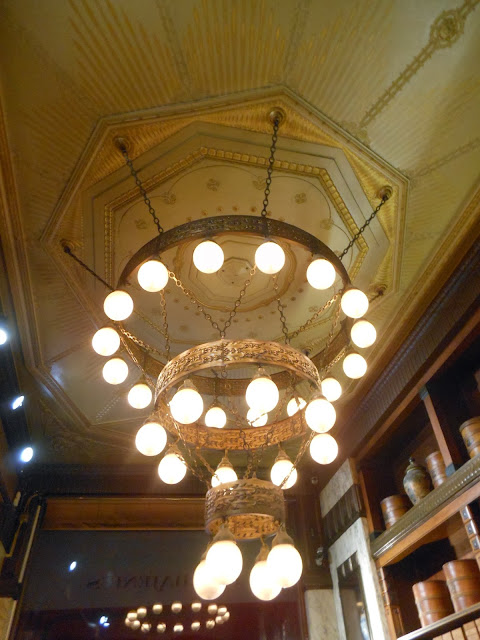 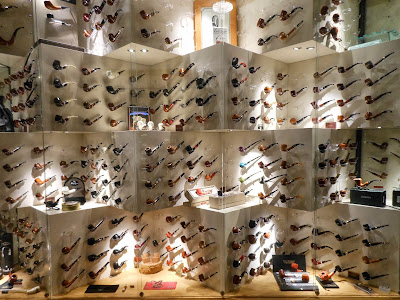 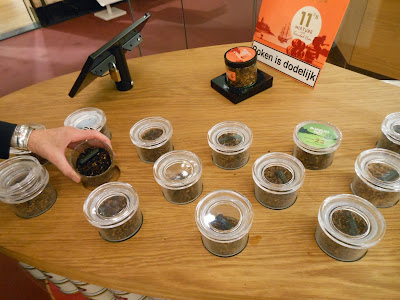 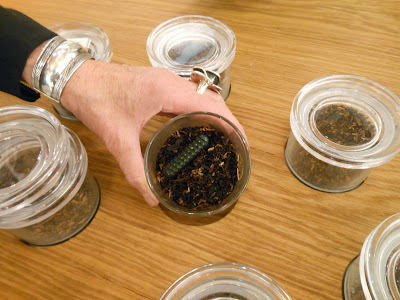 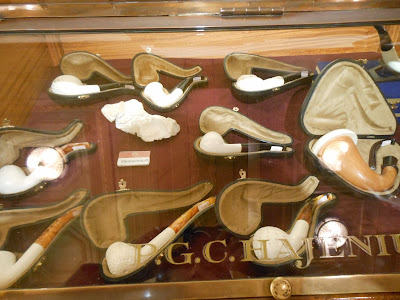 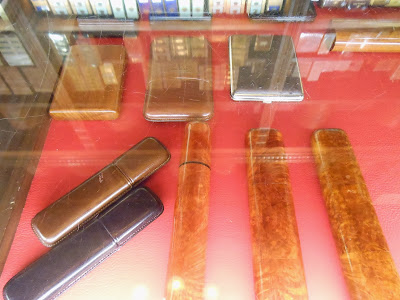 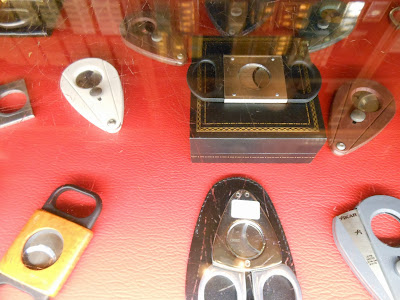 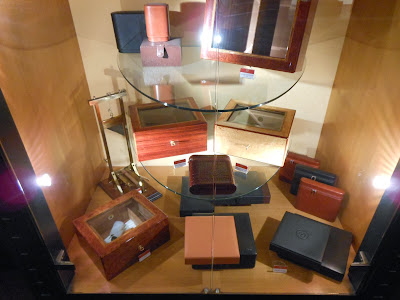 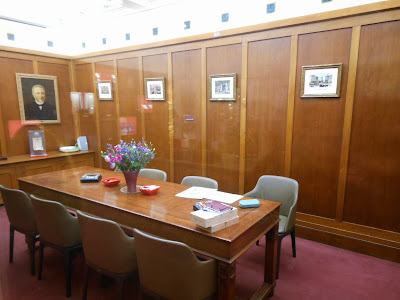 The De Heerenkamer, which translates as the Gentlemen's Room, was the area in which regular customers were welcomed to discuss their cigar orders for the year ahead. This room has retained much of its original to this day. Two portraits of Pantaleon Hajenius' successors, Hendrik Willem Nijman and son Neander Nijman, can be found here. Many a deep and meaningful discussion has been held at the antique meeting table. Courses are regularly held here about how to become an expert cigar smoker. 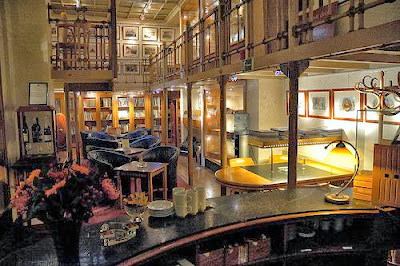 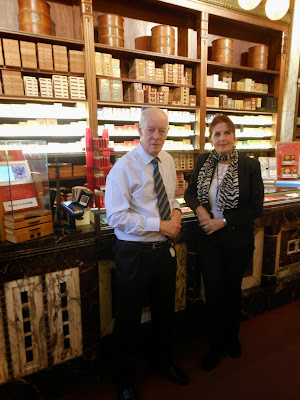 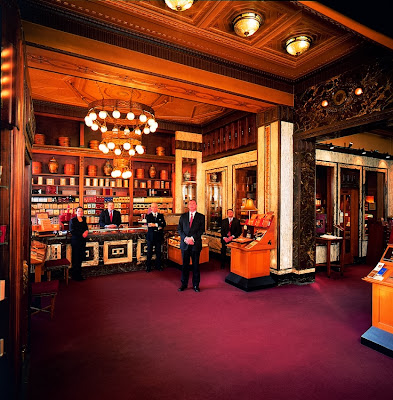 Pipes remind of my childhood, my Dad smoked one that had a faint woodsy/cherry scent! Wonderful post!
Karolyn