Adeline, Countess of Cardigan and Lancastre 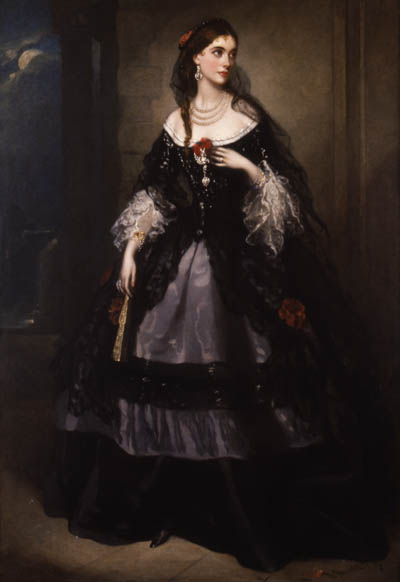 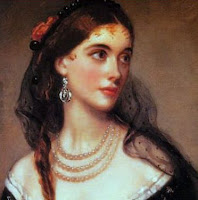 Adeline, Countess of Cardigan and Lancastre

Adeline Louisa Maria, Countess of Cardigan and Lancastre (December 24, 1824, to May 25, 1915), was the second wife of English peer James Brudenell, 7th Earl of Cardigan and later the wife of the Portuguese nobleman Don António Manuel de Saldanha e Lancastre, Conde de Lancastre. She was the author of scandalous memoirs, My Recollections, published in 1909, under the name Adeline Louisa Maria de Horsey Cardigan and Lancastre, though strictly speaking she was not allowed by the rules governing the British peerage to join her former and current titles together. Her book detailed events and people coupled with gossip concerning the establishment of Victorian England. After her marriage to the Earl of Cardigan in 1858, Queen Victoria had refused to have her at court because Cardigan had left his first wife.

Adeline was born near Berkeley Square, London, the first child and only daughter of Admiral Spencer Horsey Kilderbee and his wife, Lady Louisa Maria Judith (daughter of John Rous, 1st Earl of Stradbroke). From 1832, her father took the surname "de Horsey", after his mother's maiden name. Her younger brothers were Algernon Frederick Rous de Horsey and William Henry Beaumont de Horsey. She made her entry into society in 1842, and became engaged to Infante Carlos, Count of Montemolin, the Carlist claimant to the Spanish throne, in 1848.

Rumours spread after she was frequently seen riding without a chaperone in the company of seventh Earl of Cardigan, who famously led the Charge of the Light Brigade at the Battle of Balaclava in 1854, and was a friend of her father. The Earl was still married to the former Mrs. Elizabeth Tollemache Johnstone, whom Cardigan had married in 1826, after she was divorced by another army officer, Lt. Col. Christian Johnstone, although Cardigan was separated from his wife since 1837. Criticism from her father caused her to leave home in 1857. After a period in a hotel, she took a furnished house in Norfolk Street, Park Lane, and became the Earl of Cardigan's mistress. After the Earl's wife died in July, 1858, the couple sailed away together on the Earl's yacht and married in Gibraltar on September 28, 1858. She was shunned by polite society, but was an accomplished musician and horsewoman, and acknowledged as a leading courtesan. She was left a life interest in the Cardigan estates on her husband's death in March, 1868.

After she was widowed,the Countess of Cardigan received a number of marriage proposals, one of which came from Benjamin Disraeli, whom she had known all her life. She reported that although she liked him very well, he had one drawback - his bad breath. She decided not to marry Disraeli and shortly after, while holidaying in Paris met and became engaged to a Portuguese nobleman, Don Antonio Manuelo, Count de Lancastre, a descendant of John of Gaunt. They were married at the Roman Catholic Chapel, King Street, Portman Square on the 28th August 1873. Against usual custom, she merged her former title as an English dowager countess with her new title as wife of a Portuguese conde, and styled herself the Countess of Cardigan and Lancastre. When first married the couple lived in England however the Count, who suffered from chronic bronchitis was unable to tolerate the English fogs and winter weather. He was also bored by country life, preferring to live in Paris. In 1879 however the Countess realised she needed to return to England as her estates were suffering from her absence. The marriage lasted until the Count's death from bronchitis in 1898 and, although the Countess regularly travelled to the continent to visit her husband, they did not live together after 1879.

She became more eccentric in old age. As a widow, she scandalised society by wearing thick make-up and organizing steeplechases through the local graveyard "and became everyone's idea of a merry widow." She kept her coffin in the house, she would often lie in it, asking for opinions on her appearance. Eventually her profligate spending led to bankruptcy which forced the sale of many of her clothes, carriages and horses. She was often seen, locally, cycling clad in her first husband's regimental trousers. She smoked cigarettes in public at a time when it was considered improper for a lady to do so. She died at Deene Park and was buried near her first husband in the Deene parish church.


A character who may have been very loosely based on her was portrayed in the 1968 film, The Charge of the Light Brigade. 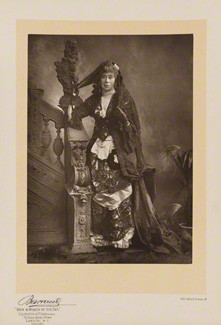 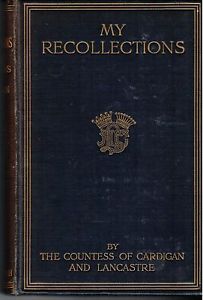 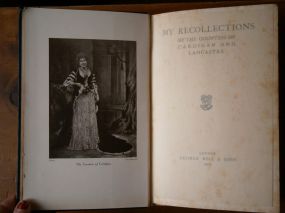