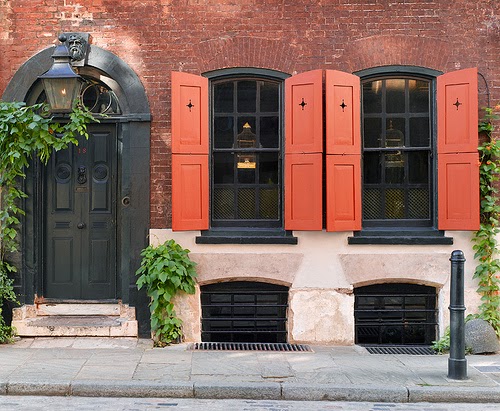 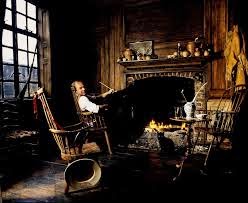 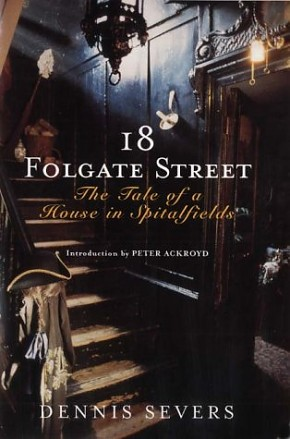 Dennis Severs' House in is a "still-life drama" created by the previous owner as an "historical imagination" of what life would have been like inside for a family of Huguenot silk weavers. It is a Grade II listed Georgian terraced house in Spitalfields, London, England. From 1979 to 1999 it was lived in by Dennis Severs, who gradually recreated the rooms as a time capsule in the style of former centuries. It is now open to the public.
The house is on the south side of , and dates from approximately 1724. It is one of a terrace of houses (Nos 6-18) built of brown brick with red brick dressings, over four storeys and with a basement. The listing for the house, compiled in 1950, describes No 18 as having a painted facade, and that the first floor [window] frames are enriched with a trellis pattern. 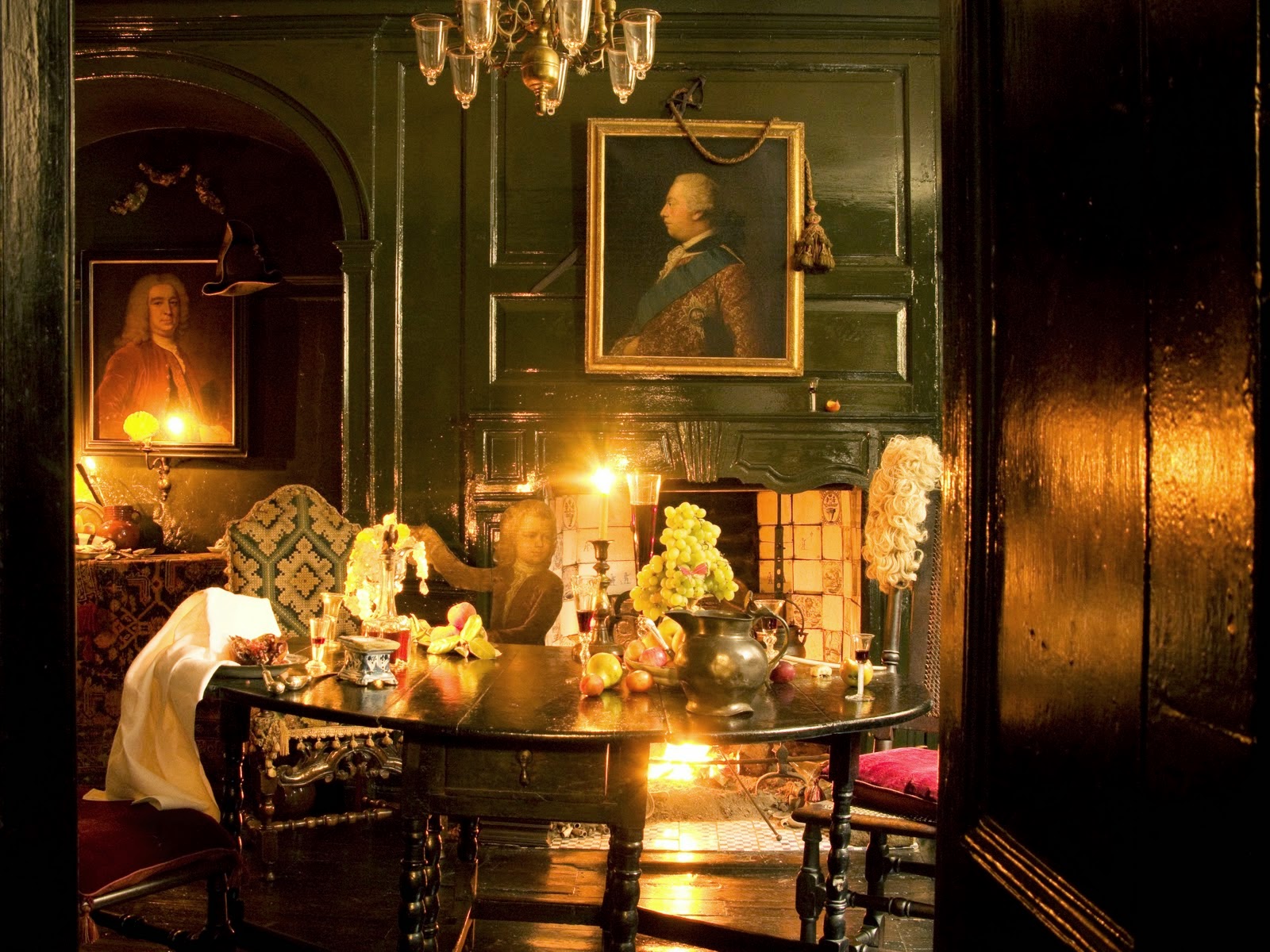 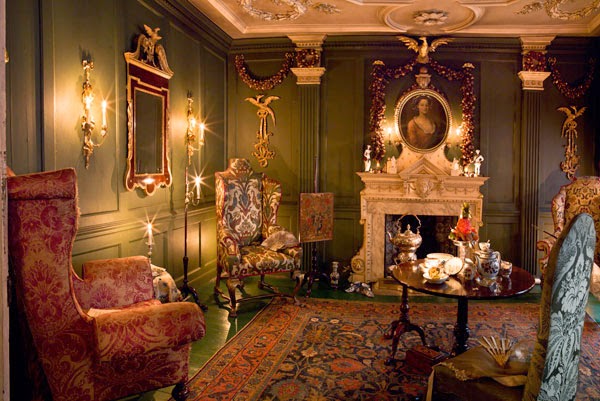 Dennis Severs (16 November 1948, , – 27 December 1999, ) was drawn to by what he called "English light", and made his home in the dilapidated property in in 1979. This area of the East End of London, next to Spitalfields Market, had become very run-down, and artists had started to move in. Bohemian visual artists Gilbert & George added to the flavour of the neighbourhood; resident there since the late 1960s, they also refurbished a similar house, as later did writer Jeanette Winterson. 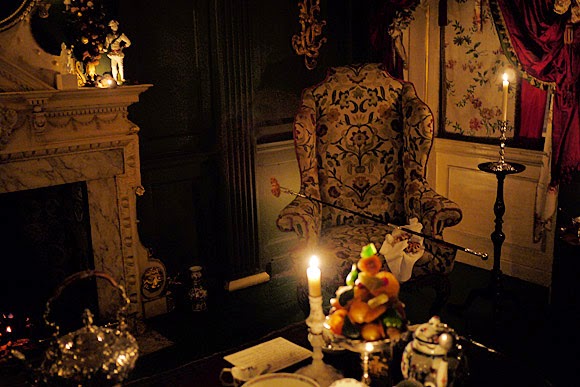 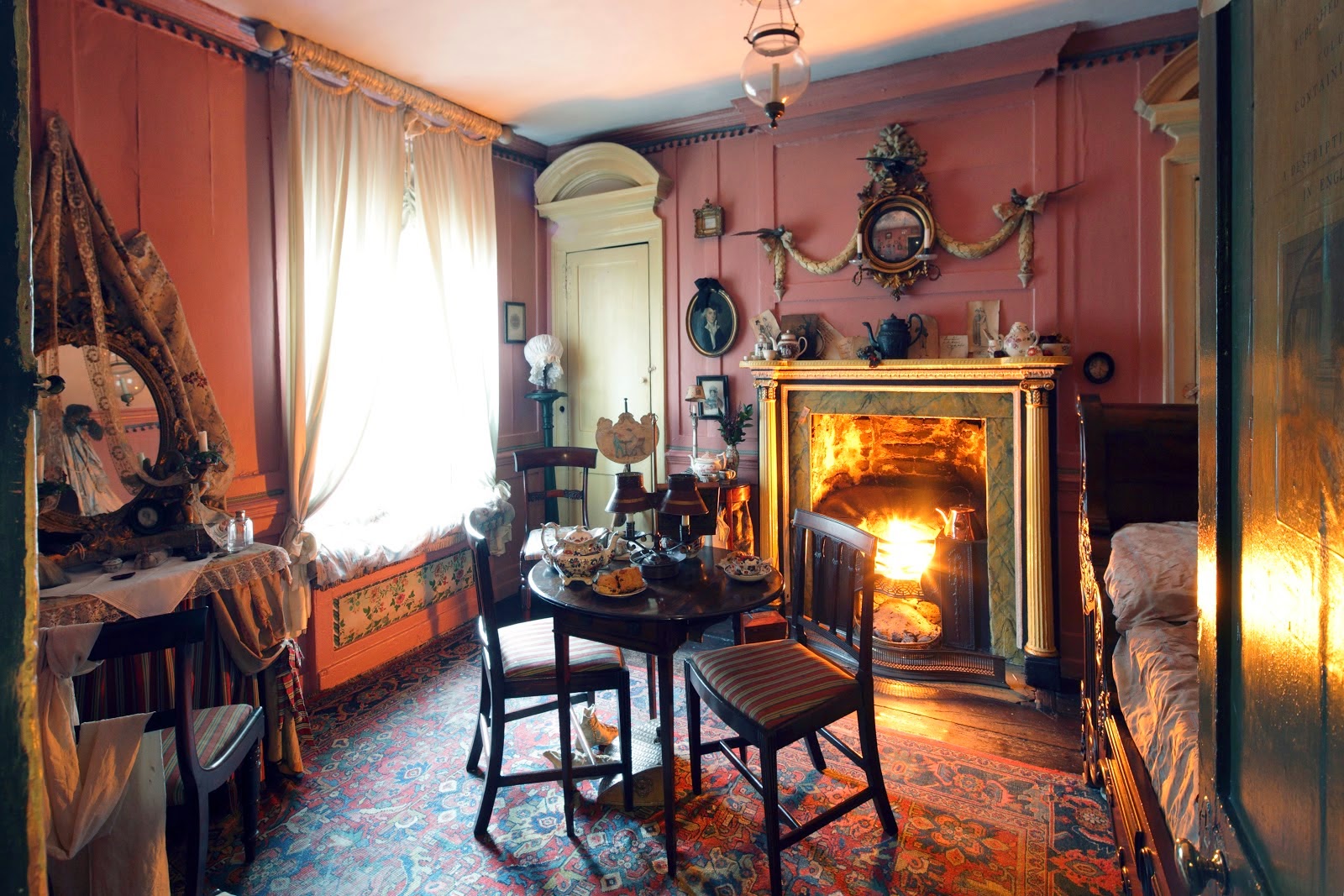 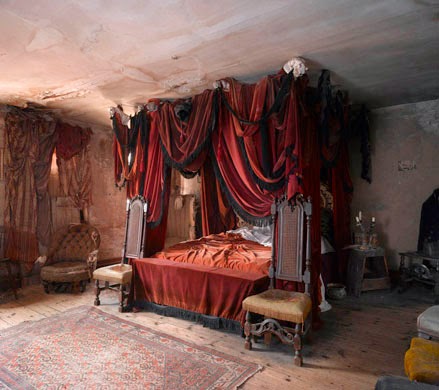 Severs started on a programme to refurbish the ten rooms of the house, each in a different historic style, mainly from the 18th and 19th centuries. The rooms are arranged as if they are in use and the occupants have only just left—the Marie Celeste approach. There are therefore displays of items such as half-eaten bread, and different smells and background sounds for each room. Severs called this "still life drama" and wrote:

“          I worked inside out to create what turned out to be a collection of atmospheres: moods that harbour the light and the spirit of various ages.            ”
Woven through the house is the story of the fictive Jervis family (a name anglicised from Gervais), originally Huguenot (French Protestant immigrants) silk weavers who lived at the house from 1725 to 1919. Each room evokes incidental moments in the lives of these imaginary inhabitants. Writer Peter Ackroyd, author of : the biography, wrote: 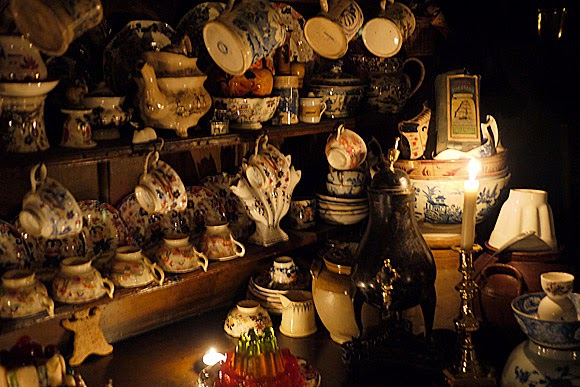 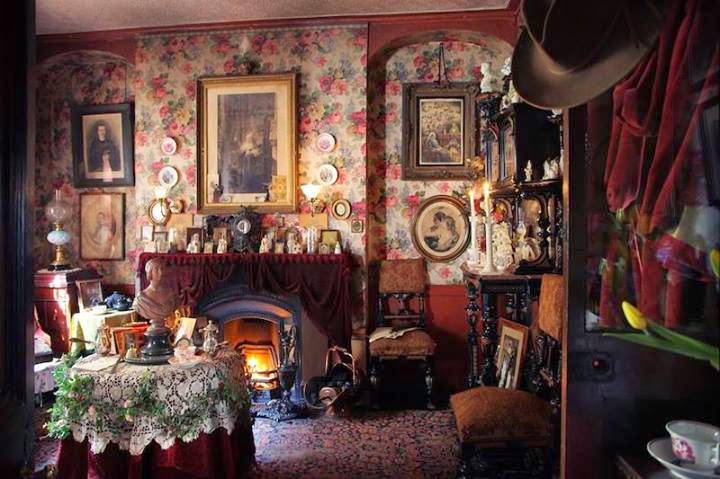 “
The journey through the house becomes a journey through time; with its small rooms and hidden corridors, its whispered asides and sudden revelations, it resembles a pilgrimage through life itself.[4]            ”
Jeanette Winterson, resident in the neighbourhood, observed, "Fashions come and go, but there are permanencies, vulnerable but not forgotten, that Dennis sought to communicate".[5] Painter David Hockney described the house as one of the world's greatest works of opera.

Severs bequeathed the house to the Spitalfields Trust shortly before his death. It is now open to the public, who are asked during their visit to respect the intent of the creator and participate in an imaginary journey to another time.

The motto of the house is Aut Visum Aut Non!: 'You either see it or you don't'.