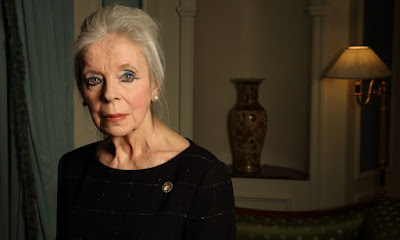 Lucan TV Reviews ."I suppose it's not 100% impossible that Lord Lucan is watching too" 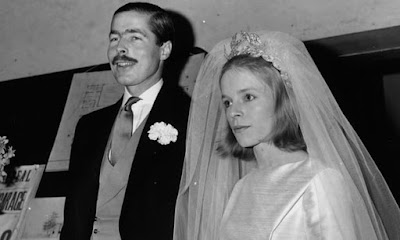 Lady Lucan, whose husband famously vanished more than four decades ago, has been found dead at her home.

Police forced entry to the 80-year-old’s property in Westminster on Tuesday afternoon after she was reported missing, and found her unresponsive.

A spokesman for the Metropolitan police said: “Police attended an address in Westminster ... following concerns for the welfare of an elderly occupant. Officers forced entry and found an 80-year-old woman unresponsive.

“Police and London ambulance service attended. Although we await formal identification, we are confident that the deceased is Lady Lucan.”

Police said her death is being treated as unexplained but is not believed to be suspicious.

Her son, George Bingham, the 8th Earl Lucan, told the Daily Mail: “She passed away yesterday [Monday] at home, alone and apparently peacefully. Police were alerted by a companion to a three-day absence and made entry today [Tuesday].”

Lady Lucan, formerly Veronica Duncan, was one of the last people to see her husband John Bingham, the 7th Earl of Lucan, alive before he disappeared.

He vanished after the murdered body of Sandra Rivett, nanny to his three children, was found at the family home in Lower Belgrave Street, central London, on 7 November 1974.

Even though he was officially declared dead by the high court in 1999, Lucan has reportedly been sighted in Australia, Ireland, South Africa and New Zealand, and there are even claims that he fled to India and lived life as a hippy called “Jungly Barry”.

The same night as his disappearance, the attacker also turned on Lady Lucan, beating her severely before she managed to escape and raise the alarm at a nearby pub, the Plumber’s Arms.

Lucan’s car was later found abandoned and soaked in blood in Newhaven, East Sussex, and an inquest jury declared the wealthy peer the killer a year later.

Roger Bray was the first journalist on Lord Lucan’s doorstep the morning after the dramatic events unfolded, and wrote one of the first newspaper reports about the mystery.

Derrick Whitehouse, head barman at the Plumber’s Arms, told Bray that Lady Lucan “staggered” in and said: “I think my neck has been broken. He tried to strangle me.”

The barman said Lady Lucan was “just in a delirious state” and added: “She just said ‘I’m dying.’

“She kept going on about the children. ‘My children, my children,’ she said. She came staggering in through the door and I gave her all the assistance I possibly could. I’ve only seen her in here once before.”

Whitehouse told Bray that Lady Lucan had “various head wounds” that were “quite severe”, adding: “She was covered in blood. She’d been bleeding profusely when she came in.”

Earlier this year, Lady Lucan, formally named Veronica, Dowager Countess of Lucan, gave a TV interview in which she said she believed Lord Lucan had made the “brave” decision to take his own life.

Ahead of the hour-long documentary interview called Lord Lucan: My Husband, the Truth, Radio Times magazine shared some of what she had told director Michael Waldman.

She said: “I would say he got on the ferry and jumped off in the middle of the Channel in the way of the propellers so that his remains wouldn’t be found – I think quite brave.”

During the ITV programme, she spoke of her own depression and her husband’s violent nature following their marriage in 1963.

Describing how he would beat her with a cane to get the “mad ideas out of your head”, she said: “He could have hit harder. They were measured blows.

“He must have got pleasure out of it because he had intercourse [with me] afterwards.”