Snowshill Manor
The property is located in Snowshill. It is a typical Cotswold manor house, made from local stone; the main part of the house dates from the 16th century. It is a Grade II* listed building, having been so designated since 4 July 1960. Also listed are the brewhouse, the dovecote, some of the garden buildings, the wall and gate-piers, and the group of four Manor Cottages.
Snowshill Manor was the property of Winchcombe Abbey from 821 until the Dissolution of the Monasteries in 1539[3] when the Abbey was confiscated by King Henry VIII, who presented it to his last queen, Catherine Parr. Between 1539 and 1919 it had a number of tenants and owners until it was purchased by Charles Paget Wade, an architect, artist-craftsman, collector, poet and heir to the family fortune. He restored the property, living in the small cottage in the garden and using the manor house as a home for his collection of objects. By the time of his death he had amassed over 22,000 objects. He gave the property and the contents of this collection to the National Trust in 1951.
The house contains an eclectic collection of thousands of objects, gathered over the years by Charles Paget Wade, whose motto was "Let nothing perish". The collection includes toys, Samurai armour, musical instruments, and clocks. Today, the main attraction of the house is perhaps the display of Wade's collection. From 1900 until 1951, when he gave the Manor to the National Trust, Wade amassed an enormous and eclectic collection of objects reflecting his interest in craftsmanship. The objects in the collection include 26 suits of Japanese samurai armour dating from the 17th and 19th centuries, bicycles, toys, musical instruments, and more.
Wade was an eccentric man and lived in the Priest's House while housing his collection in the manor. It is said to be haunted by a monk, and by the ghost of a young woman forced in 1604 to marry against her will in one of the upstairs rooms.


The garden at Snowshill was laid out by Wade, in collaboration with Arts and Crafts movement architect, M. H. Baillie Scott, between 1920 and 1923. Their elaborate layout resembles a series of outside rooms seen as an extension to the house. Features include terraces and ponds, and the gardens demonstrate Wade's fascination with colours and scents. As well as formal beds, the gardens include an ancient dovecote, a model village, kitchen garden, orchards and small fields with sheep. 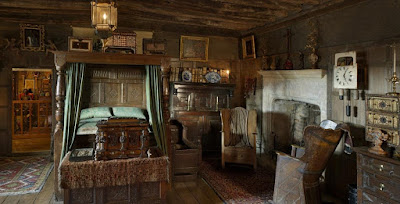 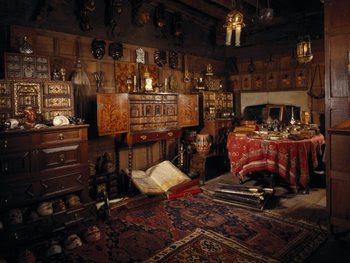 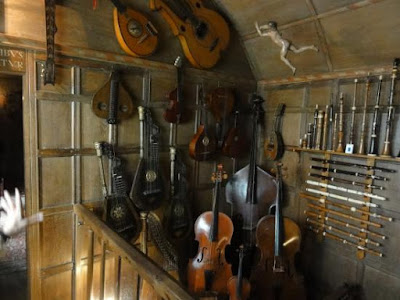 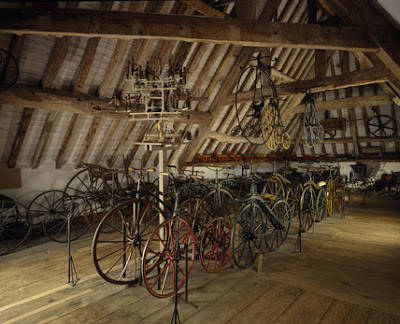 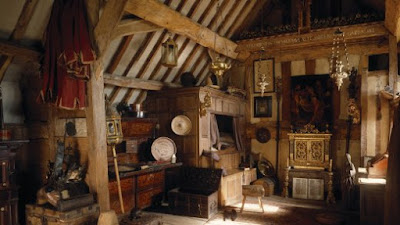 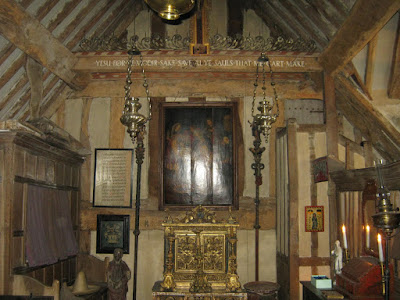 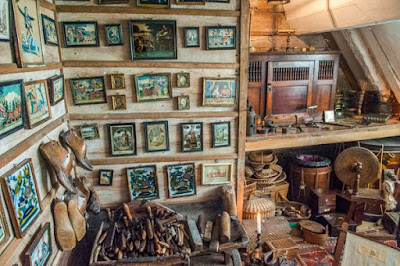 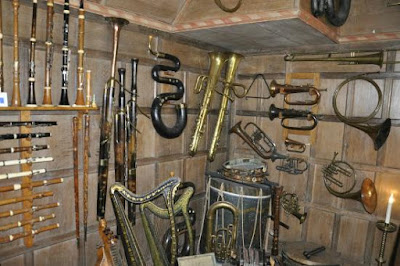 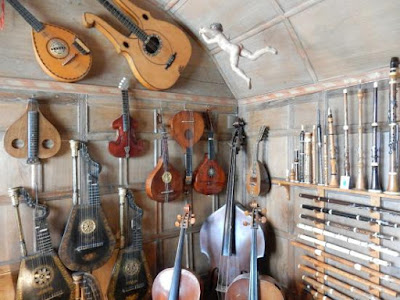 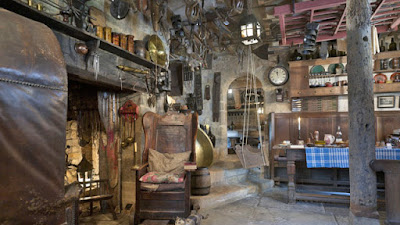 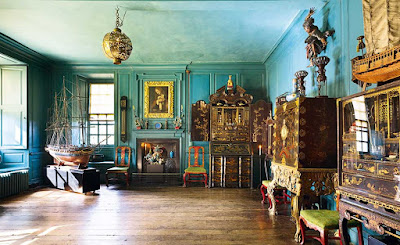 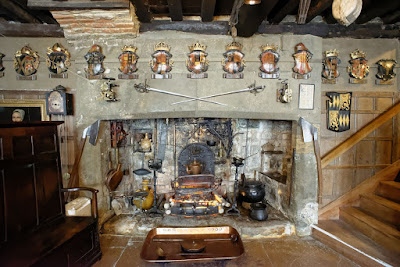