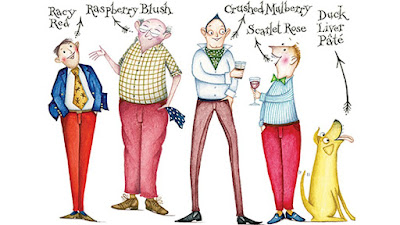 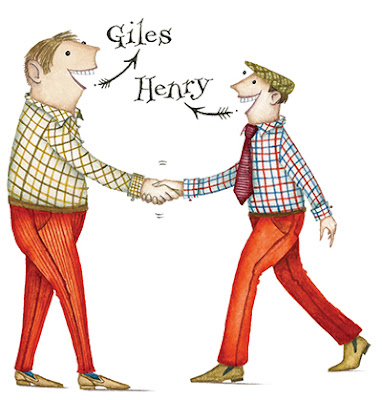 Red trousers are being killed off by hipsters and hooray Henrys, Country Life laments

They were once the hallmark of the well-heeled gentleman, perhaps enjoying a Pimms on the lawn of their Oxbridge alma mater or visiting a country show.

But the simple pleasure of a pair of red trousers could soon be a things of the past, after they became a victim of their own success.

Red trousers have become so “stigmatised”, experts say, that their association with hooray Henry-types has left owners too shy to wear them.

The issue has reached such a nadir that their cause has been taken up by Country Life magazine, which is campaigning to bring them back in all their unapologetic glory.

In a passionate plea issued in this week’s edition, it states: “It’s time to take back the red trouser, to reclaim and celebrate it.”

Tracking the problem, it suggests that “inverted snobbery” has been the root of the problem, compounded by a tongue-in-cheek blog poking fun at those who wear red trousers and – finally – their adoption by hipsters.

“I fear that red trousers have taken such a pounding they may be beyond repair.”

" It’s time to take back the red trouser, to reclaim and celebrate it"
Country Life

The demise of the red trouser may not be a surprise to followers of fashion.

In 2013, a poll by YouGov found they were already struggling in the popularity stakes, with just 12 per cent of people associating them with a positive response.

Instead, the survey found the words most commonly springing to mind including “toff”, “hipsters” and “yuk”.

A robust in this week’s Country Life argues they should now be brought back in the fold.

Arguing they are still worn by “decent, upstanding chaps with names such as Henry or Giles”, it added fans of the red trouser should not allow their reputation to deter them.

“Our terracotta warriors must raise the scarlet standard high,” it said.

“Our menfolk will wear them on the beaches (yes, ever in 32C heat). They will wear them in the fields, in the streets of Fulham and Putney and in the hills.

“May they never surrender them.” 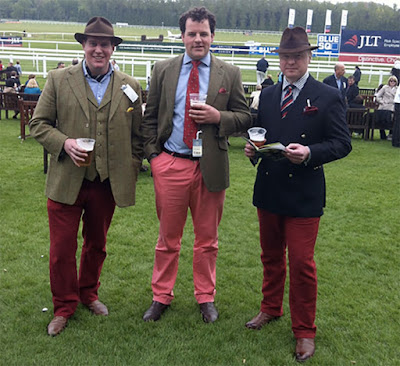 In defence of red trousers

Love them or loathe them, red trousers are a peculiarly British sartorial obsession says Flora Watkins.

At Conservative headquarters, there’s only one image guaranteed to send press officers into a tailspin and it has nothing to do with that picture of the Prime Minister hunting with the Heythrop or Lord Ashcroft’s smuttier allegations. No, the real smoking gun would show David Cameron ‘chillaxing’ in raspberry red trousers. But it doesn’t exist. We know this because, in a BBC radio interview before the election, the Prime Minister felt compelled to confirm that he doesn’t own a pair.

In this, Mr Cameron may well be unique among the Chipping Norton set. Red trousers have become standard wear for the country gentleman—the type who drives up in a superannuated Land Rover Defender, two flatulent labradors fogging up the windows— both at home and in town. They are seen in the London SW postcodes along the District Line, on dear old things at Lord’s and at Cheltenham, in Stewards’ at Henley, at High Mass in Brompton Oratory and the debentures’ seating at Twickenham (although it’s always ‘Twickers’).

They’re beloved by Sir George Young, the bicycling baronet, and Ed Stourton, erstwhile presenter of the Today programme (indeed, they may have been a factor in why this Old Amplefordian was pushed out). They’re seen around the grander Oxbridge colleges during interview season and in the bar of the Royal Agricultural University in Cirencester.

They’re worn by decent, upstanding chaps with names such as Giles or Henry, the sort whose heads are hard-wired to leap to their feet when a lady enters the room. Among these heralds of the red dawn is Atty Beor-Roberts, a partner at Knight Frank, who has even worn his red trousers on holiday in Corfu and ‘also likes pink and yellow’ trews. Then there’s cricketing legend Henry Blofeld, who declares: ‘I love coloured trousers and have a huge number. I wear them in the Test Match Special box and it’s become a sort of joke. People half expect it, so why not?’  Blowers credits his Italian wife, Valeria, with livening up his ‘rather boring’ khaki wardrobe. For her, red trousers are the mark of ‘a certain English eccentricity, a man who is comfortable in his own skin’. That’s a view echoed by the better halves of many a man who flies the red flag.
image: https://keyassets.timeincuk.net/inspirewp/live/wp-content/uploads/sites/8/2016/03/red-trousers-bicycle.jpg

‘They’re trustworthy and they have to be confident, especially since there’s been a bit of a backlash,’ asserts Victoria Thirlwell, who’s engaged to Nick Jenner, who farms near Cirencester. ‘Nick hadn’t actually worn jeans as an adult until relatively recently and his holiday “shorts” are a pair of cut-off yellow cords.’ Another girlfriend, with a husband of impeccable pedigree (Eton, Sandhurst, Scots Guards), concurs: ‘A naturalborn sporter of le pantalon rouge wears them as he does his deeply ingrained good manners—lightly.’ How is it, then, that this most jovial and jolly of fashions came to be so maligned? They’ve been gently mocked for years by a cheekily named blog, the name of which isn’t fit to repeat in a quality publication.

And a survey by pollster YouGov found that 46% disliked red trousers, with 24% not approving ‘at all’. It’s unfair, contends Peter York, author of The Official Sloane Ranger Handbook, as the typical red-trouser wearer is ‘fun-loving, often very refreshed; blokes who might think of themselves as a bit rebellious and aren’t at all’. But he’s quick to add that he doesn’t have a pair, admitting instead to owning some amethyst-coloured cords that he ‘bought for Jeremy Clarkson’s New Year party’.

Inverted snobbery is certainly the root of much of the hostility towards what has become the default mufti for the officer class. ‘Sloane’ fashion often has a military origin, explains Mr York, viz the crimson trousers that are the mess dress of the King’s Royal Hussars. And red trousers are the obvious option for the many men who won’t wear denim— understandable when you consider that the Scots Guards rulebook states jeans must not be worn in town. Ultimately, adds Mr York, it’s an extension of the Sloane fashion of wearing country clothes in town and it’s due to the internet that the ‘country-kitchen-suppers life of red trousers has gone global’.

Overexposure has done for the red trouser, harrumphs the royal historian and commentator Rafe Heydel-Mankoo (six pairs), over drinks at the Carlton Club. Since both hipsters and social climbers— ‘akin to the Sebastian Flyte wannabes of the 1980s, carrying teddy bears around Oxford’—have appropriated them, he’s put his red trousers at the back of the wardrobe ‘until they become unfashionable again’. Mr Heydel-Mankoo now looks for a flash of red sock to discern whether a chap is clubbable and prefers his trousers in a bright cornflower blue.

Indeed, on a field trip to Jermyn Street to research this article, a number of gentlemen’s outfitters confirmed that sales of red trousers are in decline. Red trousers are now laden with so much baggage that Blowers’ tailor, Adrian Holdsworth of Volpe, admits he ‘struggles to sell them’ and Richard Harvie of Harvie & Hudson says cornflower blue ‘has taken over from red’ and is ‘selling fantastically’.

Cornflower, it seems, is the new red. But enough! It’s time to take back the red trouser, to reclaim and celebrate it before it becomes as debased as the Burberry check once was. Let’s hear it for the ruddy-trousered—and faced—farmers and retired High Court judges. Let’s hear it for raspberry jumbo cords at Badminton worn with Dubarry boots and a Schoffel fleece.

Let’s hear it for officer cadets dressed down with gaucho belts and brown shoes. Let’s hear it for the elderly gentleman in the Panama at Lord’s, who nods off after lunch, is woken by the applause for Alastair Cook’s century and leaps to his feet spluttering ‘What the…?!’, sloshing Pouilly-Fumé over his mulberry moleskins. Our terracotta warriors must raise the scarlet standard high. Our menfolk will wear them on the beaches (yes, even in 32˚C heat). They will wear them in the fields, in the streets of Fulham and Putney and in the hills. May they never surrender them! 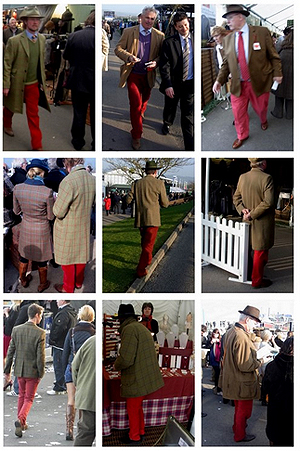 The dark burgundy slacks still look very smart.
The pale pink does not.