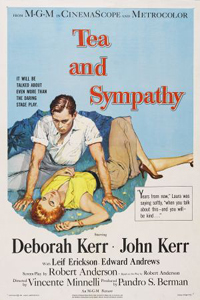 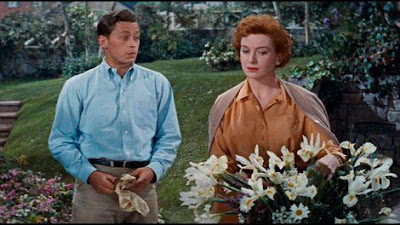 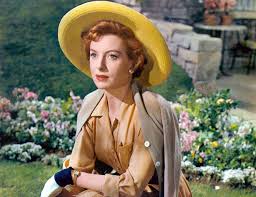 Tea and Sympathy is a 1956 American drama film and an adaptation of Robert Anderson's 1953 stage play of the same name directed by Vincente Minnelli and produced by Pandro S. Berman for MGM in Metrocolor

Seventeen-year-old Tom Robinson Lee (John Kerr), a new senior at a boy's prep school, finds himself at odds with the machismo culture of his class in which the other boys love sports, roughhouse, fantasize about girls, and worship their coach, Bill Reynolds (Leif Erickson). Tom prefers classical music, reads Candida, goes to the theater, and generally seems to be more at ease in the company of women.

The other boys torment Tom for his "unmanly" qualities and call him "sister boy," and he is treated unfeelingly by his father, Herb Lee (Edward Andrews), who believes a man should be manly and that his son should fit in with the other boys. Only Al (Darryl Hickman), his roommate, treats Tom with any decency, perceiving that being different is not the same as being unmasculine. This growing tension is observed by Laura Reynolds (Deborah Kerr), wife of the coach. The Reynoldses are also Tom's and Al's house master and mistress. Laura tries to build a connection with the young man, often inviting him alone to tea, and eventually falls in love with him, in part because of his many similarities to her first husband John, who was killed in World War II.

The situation escalates when Tom is goaded into visiting the local prostitute Ellie (Norma Crane) to dispel suspicions about his sexuality, but things go badly. His failure to lose his virginity causes him to attempt suicide in the woman's kitchen. His father arrives from the city to meet with the dean about Tom's impending expulsion, having been alerted to Tom's raffish intentions by a classmate. Assuming his son's success, he boasts of his son's sexual triumph and time-honored leap into manhood until the Reynoldses inform him otherwise. Laura goes in search of Tom and finds him where he often goes to ruminate, near the golf course's sixth tee. She tries to comfort him, counseling that he'll have a wife and family some day, but he's inconsolable. She starts to leave, then returns and takes his hand, they kiss, and she says, "Years from now, when you talk about this, and you will, be kind."

Ten years into the future the adult Tom, now a successful writer and married, returns to his prep school. The final scene shows Tom visiting his old coach and house master to ask after Laura. Bill tells him that, last he's heard, she's out west somewhere but he has a note from her to him, which she enclosed in her last letter to her ex-husband. Tom opens it outside and learns that she wrote it after reading his published novel, derived from his time at the school and their relationship. After their moment of passion, she tells him, she had no choice but to leave her husband, as Tom wrote in his book, "the wife always kept her affection for the boy." 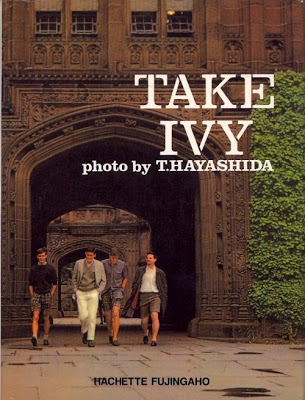 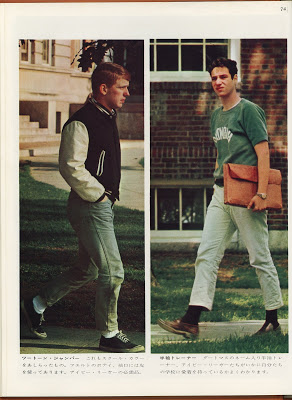 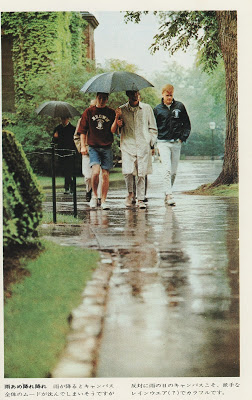 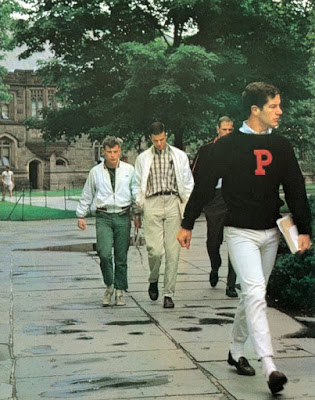 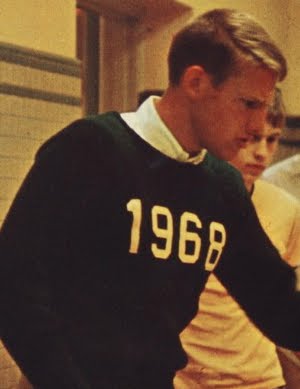 Take Ivy is a fashion photography book which documents the attire of Ivy League students. The New York Times described it as “a treasure of fashion insiders”. Take Ivy has been the Ivy League bible for Japanese baby boomers, among whom the Ivy League look is very popular, though original copies are very rare in the West, garnering auction prices as high as $2000.

Take Ivy was authored by four Japanese sartorial style enthusiasts and is a collection of candid photographs shot on the campuses of America’s elite Ivy League universities. The series focuses on college-aged men and their clothes, capturing the unique fashion of the student population of that time. Whether getting a meal on campus, lounging in the quad, riding bikes, studying in the library, in class, or at the boathouse, the subjects of this photographic compendium are impeccably and distinctively dressed in some of the finest American-made garments of the time.

Authors
Teruyoshi Hayashida was born and raised in the fashionable Aoyama District of Tokyo. He began shooting cover images for Men’s Club magazine right after the title’s launch. His style was considered to be highly sophisticated and he was thought of as a connoisseur of gourmet food, known for his homemade, soy-sauce-marinated Japanese pepper (sansho), and his love of gunnel tempura and Riesling wine.

Shosuke Ishizu, the director of Ishizu Office, born in Okayama Prefecture, worked in the editorial division at Men’s Club until 1960 after graduating from Kuwasawa Design School. He established Ishizu Office in 1983, and now produces several clothing brands including Niblick.

Toshiyuki Kurosu joined VAN Jacket Inc. in 1961, where he was responsible for the development of merchandise and sales promotion. Leaving the company in 1970 he started his own business, Cross and Simon. After the brand stopped doing business, Toshiyuki began appearing on the legendary variety show Asayan as a regular gaining him high popularity among the public. Toshiyuki is also an active writer and intellectual.

Hajime (Paul) Hasegawa is from Hyogo Prefecture. After finishing his studies in the U.S. in 1963, Hasegawa returned to Japan to join VAN Jacket Inc. There he was responsible for advertising and public relations. Hasegawa was the main coordinator and interpreter for the production of Take Ivy. He has since held various managerial positions in Japan and abroad and is currently serving as the executive director for Cosmo Public Relations Corporation.