Vienna was the capital of the Habsburg dynasty and home to the Holy Roman Emperors. From here, they dominated middle Europe for nearly 1,000 years. In this series, historian Simon Sebag Montefiore describes how the Habsburgs transformed Vienna into a multi-national city of music, culture and ideas. Napoleon, Hitler, Mozart, Strauss, Freud, Stalin and Klimt all played their part.

1-The Habsburgs Rise to Power
We follow the Habsburgs' rise to power and discover how Vienna marked Europe's front line in the struggle to defend both Christendom from the Ottomans and the Catholic Church from the Protestant revolutionaries that plotted to destroy it.
2-Vienna Triumphant
After the Ottoman threat receded at the end of the 17th century. The city was rebuilt. No longer an outpost defending the West from Islamic invaders, the Habsburgs vowed their empire and imperial capital would become the most glittering in the world. The Habsburg emperors transformed the city from a fortress into a great cultural capital. Vienna became a city that would define the arts; a magnet for musicians including Mozart, Haydn and Beethoven.
3-Habsburg Extinction
From his struggles with Napoleon III and Bismarck and the suicide of his son Rudolf, to the assassination of his beautiful wife Sisi, Emperor Franz Josef's empire and his family proved impossible to control. But while the Habsburgs headed for extinction, Vienna blossomed. As the theories of Freud and the sensuality of the secession artists like Klimt and Schiele ushered in the modern age, Hitler and Stalin stalked her streets. It was here that World War I was sparked; it was here World War II was dreamed. 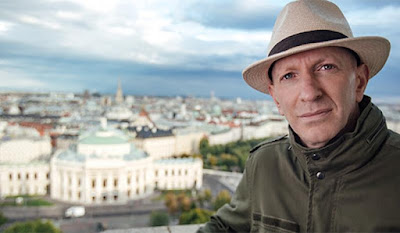 Vienna: Empire, Dynasty and Dream (BBC Four) is one of those bombastic titles which fretful TV executives thrust upon programmes they fear may be too brainy for mere mortals. Simon Sebag Montefiore’s documentary (the first of three) did not start promisingly – he gurned his way through a concision of the programme’s themes (essentially how the Austrian capital has consistently been the locus of power politics, religion and culture) and drummed up some pointless alliteration that would make Kelvin MacKenzie squirm (“from Peru to Poland, from Netherlands to Naples” – which, if you think about it, makes no sense when trying to convey the scale of the Habsburg Empire).

However, Sebag Montefiore has a mischievous eye for blood and gore. Flagellation, decapitation and that schoolboy favourite, defenestration, featured heavily. Albert I of Germany, who had a gaping hole where an eye should have been, was murdered by an enraged nephew and his children sought revenge, beheading 63 of his relatives. “As blood spurted out of them,” said Sebag Montefiore with more than a little theatrical flourish, “Albert’s daughter cried out in ecstasy: ‘This is like being bathed in May dew.’”

Yet even Sebag Montefiore’s vivid descriptions couldn’t disguise the meagre budget or the lack of imagery to accompany his storytelling. Lucy Worsley would have dressed up in a hooped skirt and pantables to fill in the gaps. Here, there were a lot of shots of the lofty Sebag Montefiore walking through cobbled streets and over ancient bridges, swooping on historical nuggets like a sort of erudite stork.

Indeed, he is a smart interpreter of historical fact and was able to convey the whims and wheeler-dealings of a deeply divided Habsburg dynasty and set it within a context of general pan-European uncertainty, constantly under threat from the Ottoman Empire which lurked in the shadows.

“What do you make of a Holy Roman Emperor who wants to see himself as a fruit salad?” pondered Sebag Montefiore as he examined a hideous portrait of Rudolf II done up as Vertumnus, the Roman god of the seasons. Some answers will forever be consigned to history.