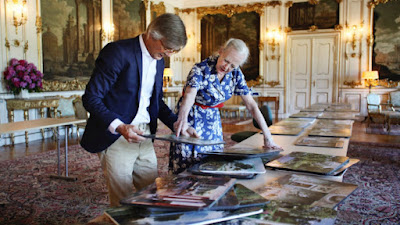 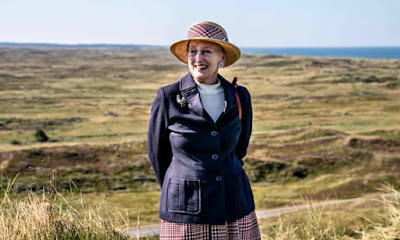 Queen Margrethe II, reigning monarch of Denmark, is to design the sets for a forthcoming Netflix film adapted from a novel by Karen Blixen, it has been announced.

A romantic fantasy set in the fairytale kingdom of Babenhausen, Ehrengard will be directed by Bille August, the veteran Danish director of Pelle the Conqueror (which won both the Palme d’Or and Oscar for best foreign language film in 1988) and The Best Intentions (which won August a second Palme d’Or).

Margrethe, who ascended to the Danish throne in 1972 and is commander-in-chief of the country’s defence forces, has also had a long career as an artist, including drawing the illustrations for Danish editions of Lord of the Rings, and exhibitions at galleries including the Arken Museum of Modern Art in Ishoj near Copenhagen. She also has screen credits as a production designer on the 2009 fantasy fairy tale The Wild Swans, and a short film adaptation of Hans Christian Andersen’s The Snow Queen in 2000.

In a statement, Margrethe said: “Karen Blixen’s stories have always fascinated me, with their aesthetic tales, their imagination and their, to me, image-creating worlds – and I’m very happy to be part of this project. I have tried to interpret Blixen’s fantastic universe in the creation of the decoupages and costumes and I’m looking forward to seeing the tale of Ehrengard come to life in this film.”

August added: “The Queen has created the most fantastic decoupages for the occasion, and they will be the dominant feature of the film’s overall scenographic expression. ‘Fantastic’ (in the most literal sense) is our starting point for the film; we wish to use humour and elegance to create a devil-may-care, burlesque, fabulous and autonomous visual universe.”

Ehrengard is due for release in 2023.