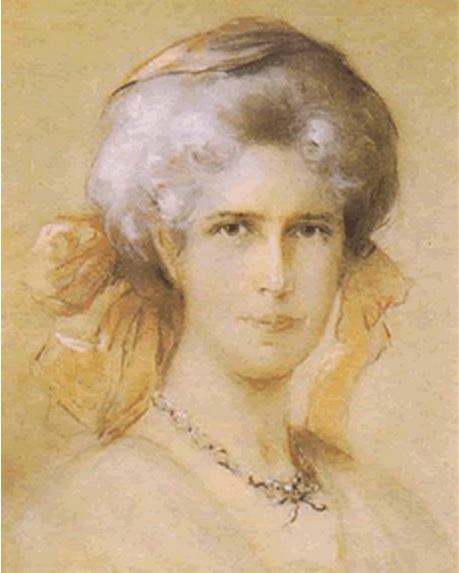 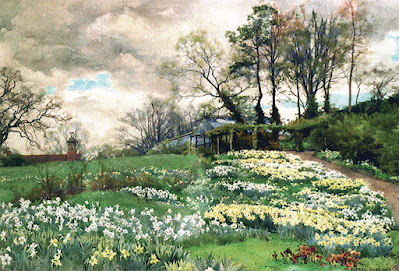 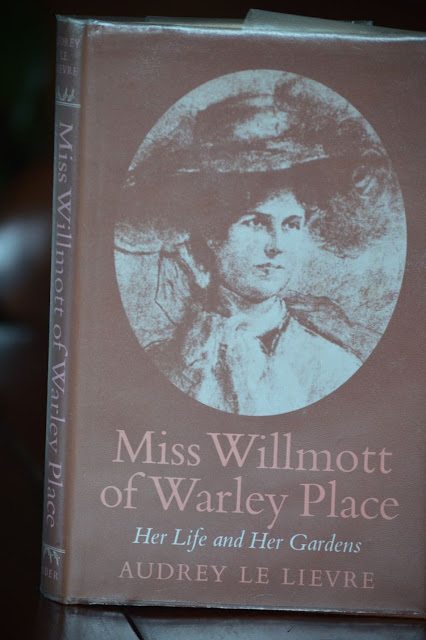 Ellen Ann Willmott FLS VMH (19 August 1858 – 27 September 1934) was an English horticulturist. She was an influential member of the Royal Horticultural Society, and a recipient of the first Victoria Medal of Honour, awarded to British horticulturists living in the UK by the society, in 1897. Willmott was said to have cultivated more than 100,000 species and cultivars of plants and sponsored expeditions to discover new species. Inherited wealth allowed Willmott to buy large gardens in France and Italy to add to the garden at her home, Warley Place in Essex. More than 60 plants have been named after her or her home, Warley Place.

Ellen Willmott was born in Heston, Middlesex, the eldest of three daughters of Frederick Willmott (1825–1892), a solicitor, and Ellen Willmott (née Fell) (d. 1898). She and her sisters attended the exclusive Catholic convent school Gumley House for several years. In 1875, the family moved to Warley Place at Great Warley, Essex, which had 33 acres (130,000 m2) of grounds; this was to be Ellen’s lifelong home. The family were keen gardeners and developed Warley Place’s gardens together. One of the most ambitious developments was an alpine garden, including a gorge and rockery (pictured), which Ellen's father gave her permission to create on her 21st birthday.

Willmott received a substantial inheritance when her godmother, Helen Tasker, died. This enabled her to buy her first property near Aix-les-Bains, France, in 1890.

Willmott inherited Warley Place on her father’s death and continued to develop the gardens, indulging her passion for collecting and cultivating plants. She is thought to have cultivated more than 100,000 different plant species and cultivars. The garden included a conservatory, glasshouses, an irrigation system, a rock garden partly designed as an alpine gorge, a boating lake and a glass-covered cave for filmy ferns and she had tens of thousands of bulbs planted to form naturalistic drifts of blossom when they flowered.

Willmott employed up to 104 gardeners, and was known for being a demanding employer; she would reputedly sack any gardener who allowed a weed to grow among her flowers. She only employed men in her garden; she was once quoted as saying "women would be a disaster in the border".

She was also known for being a prodigious spender. In 1905 she bought a third estate in Ventimiglia, Italy. Willmott used her wealth to fund plant-hunting expeditions to China and the Middle East, and species discovered on these excursions would often be named after her. The expeditions she sponsored included those of Ernest Henry Wilson, who named Ceratostigma willmottianum, Rosa willmottiae and Corylopsis willmottiae after her. Over fifty plant species or varieties were named for her and her gardens.[6] Willmott joined the Royal Horticultural Society in 1894 and became a prominent member, elected to the narcissus and tulip committee in 1896,[6] as well as floral (group B) and lily committees. She helped to persuade Sir Thomas Hanbury, her neighbour at Ventimiglia, to purchase the site at Wisley which became the RHS Garden, Wisley and donate it to the society,[8] and was appointed a trustee of the RHS Gardens in 1903.

Willmott was one of only two women, alongside Gertrude Jekyll, to receive the Victoria Medal of Honour in 1897 (newly instituted that year for Queen Victoria’s Diamond Jubilee). In 1904 she became one of the first women to be elected a fellow of the Linnean Society of London. She also received the grande médaille Geoffroi St Hilaire from the Société d’acclimatation de France in 1912, and the Dean Hole medal from the Royal National Rose Society in 1914.

She published two books; Warley Garden in Spring and Summer in 1909 and The Genus Rosa, published in two volumes between 1910 and 1914.[4] This includes 132 watercolours of roses painted by Alfred Parsons between 1890 and 1908, which are now held by the Lindley Library in London (Cory Bequest). It only sold 260 copies, leaving her with a debt.[6] Willmott also commissioned Parsons to paint her three gardens. Queen Mary, Queen Alexandra, to whom The Genus Rosa was dedicated, and Princess Victoria are known to have visited her at Warley Place. In 1914 she initiated a bitter public spat with the horticulturalist E.A. Bowles about some observations on rock gardens made by Reginald Farrer in his foreword to one of Bowles' books.

In addition to her career in horticulture, Willmott also had other, lesser known accomplishments in particular photography and ornamental turning. In 1932, Willmost presented her Holtzapffel lathe, some examples of her ornamental turning work, and a number of photographs and slides of horticultural subjects to the History of Science Museum, Oxford.

Willmott’s prodigious spending during her lifetime caused financial difficulties in later life, forcing her to sell her French and Italian properties, and eventually her personal possessions. She became increasingly eccentric and paranoid: she booby-trapped her estate to deter thieves; secretly sowed seeds of the giant prickly thistle Eryngium giganteum in other people's gardens, leading to it to be colloquially known as Miss Willmott's Ghost; and carried a revolver in her handbag.Willmott was arrested on suspicion of shoplifting in 1928, although later acquitted.

Willmott died of atheroma and embolus of the coronary artery in 1934, aged 76.[1] Warley Place, which had greatly deteriorated,[17] was sold to pay her debts[7] and the house was demolished in 1939, although plans to develop a housing estate on the site were rejected.[12] It was later designated as a green belt and 6.5 hectacres became a nature reserve overseen by the Essex Wildlife Trust. The remainder is in the care of the Warley Place Management Committee and maintained as an abandoned garden. 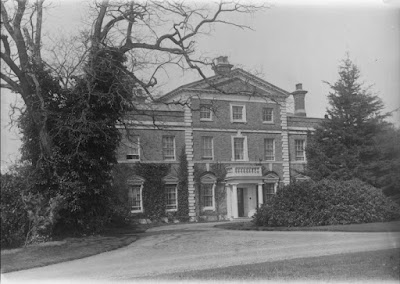 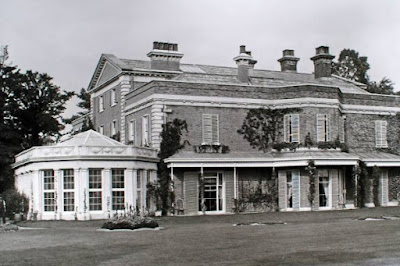 A short history of Warley Place

The Willmott family, comprising Frederick Willmott, his wife Ellen and his two daughters Ellen Ann and Rose, moved to Warley Place in 1875. The three women were all keen gardeners, but it was Ellen Ann who really transformed the grounds into one of the most celebrated gardens in the country. Her father died in 1892 and her mother in 1898, her sister Rose having married into the Berkeley family in 1891 and moving to Spetchley Park, near Worcester, in 1897.

As well as developing the gardens in general, in 1882 the daughter Ellen, at 24 years of age, started on her new alpine garden. It was a major undertaking, involving building a ravine with a stream running along it and a special cave for her filmy ferns. The ravine and the massive rocks exist to this day, but sadly there is no sign of the original plants.

In 1894 Ellen acquired the services of a gardener from Switzerland to oversee the alpine garden. Jacob Maurer proved to be brilliant at his job and a real gentleman, and stayed there until she died forty years later. The cottage in which he lived, with his wife and nine children, was South Lodge which still stands by the entrance to Warley Place.

Ellen Willmott soon made a name for herself in horticulture, and helped to finance expeditions to acquire new plants. Queen Mary, Queen Alexandra and Princess Victoria visited her, and her garden became famous throughout Britain and beyond. She was one of two women awarded the RHS Medal of Honour in Queen Victoria’s Jubilee Year, 1897. The other was Gertrude Jekyll.

Sadly in some ways she spent all her money on the garden and her musical and other interests and died, in 1934, almost penniless. Many of the rarer plants were removed to Spetchley Park to be cared for by the Berkeley family, but some of the trees and shrubs exist to this day.

The house was sold and permission sought to turn it into a luxury housing estate. This was not to be and the house was demolished in 1939, the garden reverting to a wilderness. It was leased from the grandson of the 1939 purchaser to the Essex Naturalists’ Trust (later Essex Wildlife Trust) in 1977 and has gradually been brought up to its present standard as a nature reserve, but still retaining as many as possible of the features of the original garden.