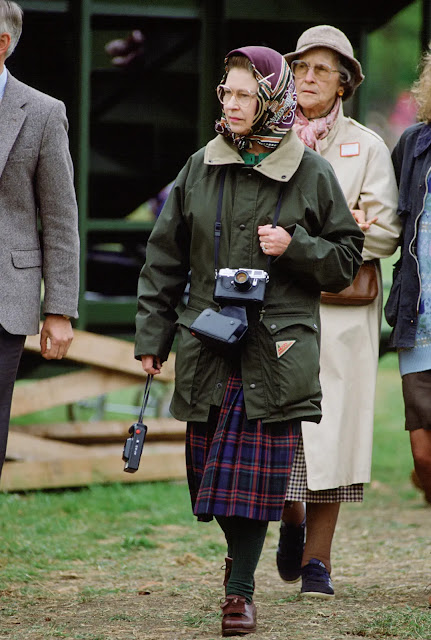 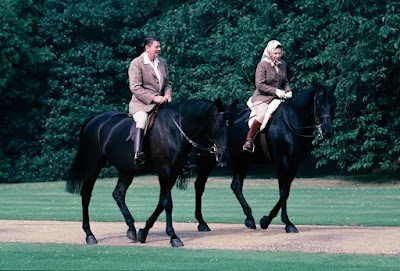 The outpouring of tributes from designers, from Stella McCartney to Paul Smith, reflected the impact the late Queen Elizabeth II had on the British fashion community throughout her reign. From the way London legend Alexander McQueen consistently referenced royal iconography, to Erdem Moralıoğlu’s reimagining of the Queen’s stories for his own narratives, Her Majesty has, as Sarah Burton put it, “been a constant source of stability.” But beyond the explicit references—the headscarves, loafers, and ladylike handbags—there are other, quieter ways in which the passionate advocate for quality helped to raise the bar for the making of our clothes.

Announcing Richard Quinn as the inaugural recipient of the Queen Elizabeth II Award for British Design in 2018, Her Majesty touched on the talent at the heart of the country she represented: “From the tweed of the Hebrides, Nottingham lace, and of course Carnaby Street, our fashion industry has been renowned for outstanding craftsmanship for many years, and continues to produce world-class textiles and cutting-edge practical designs.” This excellence—the very foundation of British fashion—is echoed in the Royal Warrant system, which V&A senior fashion curator Sonnet Stanfill classifies as a “mark of distinction that suggests legacy and tradition.” For a brand to be welcomed into the royal household (warrant holders must have supplied goods or services to the Queen or the former Prince of Wales, now King Charles III, for a minimum of five years), is a true signifier of the best of British—not the loud, showy kind, but quiet, classic fashion built to last.

“As a Royal Warrant holder, we adhere to the highest ethical and environmental standards,” says Jo Smith, grantee of the warrants at tailoring specialist Daks, which was given its first royal nod by Her Majesty 60 years ago, and enjoyed visits from the Queen at its Larkhall factory in Scotland. “Our procedures and standards are therefore rigorous—from procurement of raw materials for our fabrics, through to the treatment of staff in factories and excellence in the finished products and service.”

The V&A, which was born in 1852 as a “schoolroom for everyone,” frequently fields requests from designers to inspect garments that uphold this level of craftsmanship. Originally forged out of Prince Albert’s mission to improve the standards of British industry by educating designers, manufacturers, and consumers in art and science, the institution’s Clothworkers’ Centre is still an educational hub where anyone can learn more about how and why things are made. The nuts and bolts of design are what Her Majesty had such exacting standards for—the reason why she wore the same handmade Anello & Davide shoes for 50 years. Ditto her polished top-handle Launer London bags. The legacy she leaves behind is to cherish slow, considered fashion (the lifespan of her personal outfits was around 25 years), that has no shelf life and can be passed on to future generations.

At the heart of this is the British couture the Queen championed. While her sister Princess Margaret was swayed by French fancies such as Christian Dior, Elizabeth was steadfast in her commitment to homegrown brands, specifically court dressers Hardy Amies and Norman Hartnell, who famously made her Botticelli-inspired wedding gown from duchesse satin purchased with ration vouchers (further evidence of how she was keenly attuned to the times). Her “Flowers Of The Field Of France” dress, made by Hartnell and now housed in the V&A’s permanent collection, is emblematic of her eye for detail and the symbolism at the heart of her wardrobe. (“I despise simplicity; it is the negation of all that is beautiful,” Hartnell said once.) Worn on a state visit to Paris in the summer of 1957, the evening look featured tiny bees (the emblem of Napoleon), and the wildflowers of her host nation in faceted glass, gold beads, pearls, and gold petals. “The embellishment rose up out of the dress like sculpture,” notes Stanfill of the highly ornate diplomatic tool designed to flatter France while simultaneously drawing attention to the Queen – and how the UK’s meticulously made garments could rival those from any Parisian atelier.

From state visits in star couture to Barbour waterproofs in Balmoral, the flip side to the Queen’s public-facing wardrobe was her easy country attire, which though weather-beaten, was no less cherished than her ornate gowns. (Dame Margaret Barbour once revealed the Queen preferred to have her fail-safe jacket re-waxed, rather than accepting a new one.) “Over the decades, she adopted a uniform or a kit of parts, because she knew her clothes needed to fulfill a function,” asserts Stanfill, whose favorite image of Her Majesty finds the royal giving Ronald Reagan a tour of the Windsor Castle grounds on horseback in 1982. “She dressed to inspire trust in a way that was always appropriate.”

Indeed her life of dedication, to her subjects and the values of the sovereign, was laid out in her Coronation Day speech in 1953. “Throughout all my life and with all my heart I shall strive to be worthy of your trust,” she said. Her personal wardrobe—and the skilled craftsmanship behind it—was the most visible symbol of her devotion. And from the factory tours to her front row appearances, there can be no doubt she did it all with heart.