The American Obsession with “Frenchness” 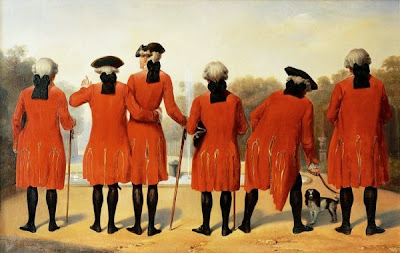 Since the diplomatic “missions” of Benjamin Franklin, Thomas Jefferson and John Adams to the court of Louis XVI, Lafayette … and the Marshall Plan, the cultural attraction of the U.S. for France has been continuous …
Lilian Williams appears in this tradition but connected with the Ancien Régime – Rococo – Marie Antoinette revival that pictures as “Les Liaisons Dangereuses” and “Marie Antoinette” helped increase …
Her Chateau de Morsan in Normandy , her New York apartment and her House in Provence deserved the attention of different issues of The World of Interiors. ( Setember 1990; June 1992 and April 1994 )
Voilá … Yours Jeeves .


AMERICAN ESPRIT
A fresh vision and a love for French culture inspired Lillian and Ted Williams, classicists and home restorers, to return an abandoned folie in Normandy, France, to the condition that made the structure a "jewel in a wheat field" during the halcyon days before the French Revolution. The Chateau de Morson, built in 1750 for the Marquis de Morson, is one of the few remaining folies in France. The gentlemen’s getaways were frequently a target for revolutionaries seeking to destroy any lingering symbols of the aristocracy. The folies not ruined by political action have been ravaged by the elements, Lillian Williams notes: "This house was not built to survive 200 years, it was built as a whim." The Chateau de Morson is unusual not only for its survival in the face of adversity, but also for its location in the Normandy countryside–most folies were found on the outskirts of Paris and Bordeaux, perfect locations for city-dwelling gentlemen to escape for an afternoon’s dangerous liaison.
When the Williamses entered the abandoned dwelling in Normandy for the first time, they saw a dramatic parlor with 14-foot ceilings and graceful glass doors overlooking fields of wheat. Struck by the beauty, they instantly decided to purchase the nobleman’s playhouse. "It took us 20 seconds to buy and 10 years to restore it. If we hadn’t bought it, it would have fallen down," Lillian says.
As Americans in France, the Williamses join the ranks of legendary interior designer Elsie de Wolfe and novelist Edith Wharton as Francophile owners of folies. What is taken for granted as a French ruin by many natives is rediscovered as a treasure with the fresh, appreciative eyes of Americans, Lillian observes. "I think the Americans have made their impact," she says. In the American style, the couple also brings the do-it-yourself ethic to the Continent. "We used more of our imagination and less of others’," Lillian explains. The walls are hand-painted and fabrics are selected based on her studies of ceramics and extensive knowledge of 18th-century art and textiles, which she uses to design fabric and wallpaper for the likes of Manuel Canovas. A large amount of the repair and refurbishment work on the manor was completed by Ted Williams.
Following the original intent of the frolicsome folie, Williams has decorated with a collection of game tables.
Other items include hunting horns and dueling swords. "I’m opposed to dueling, but I like to think these were used to protect the honor of a lady" she says. The game tables serve many purposes today, just as they did in the home’s first heyday The cabriole-leg pieces serve as dining and recreation areas for the Williamses throughout the house in 18th-century style. "Living in this house is like living in the 18th century," Lillian notes.( in Homes and gardens: design, architecture, style ) 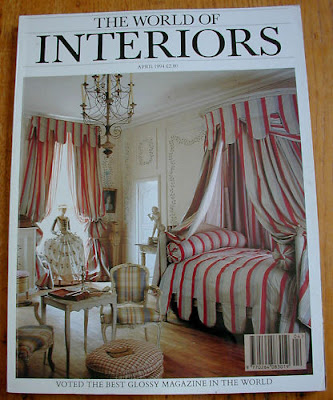 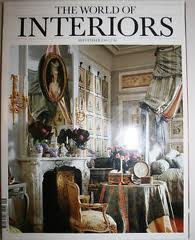 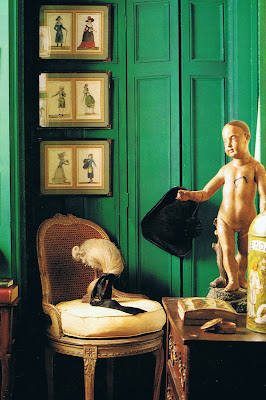 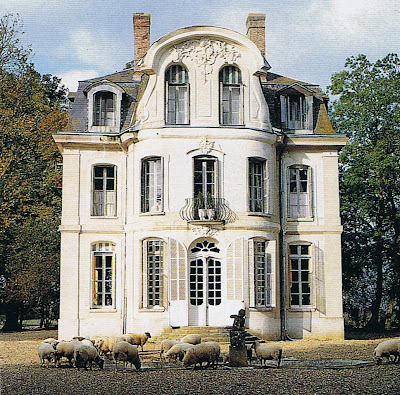 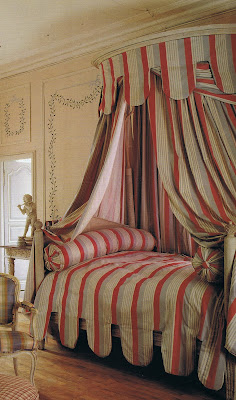 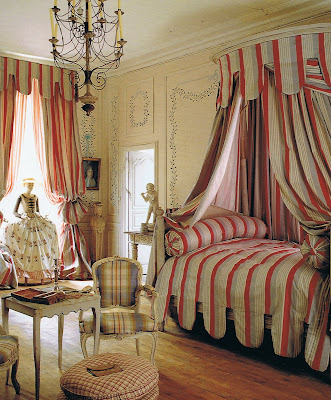 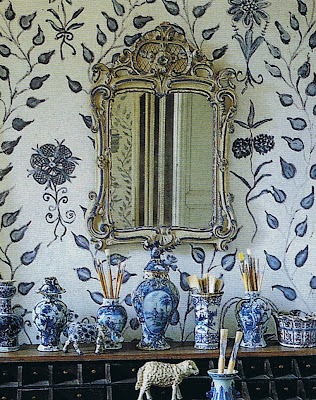 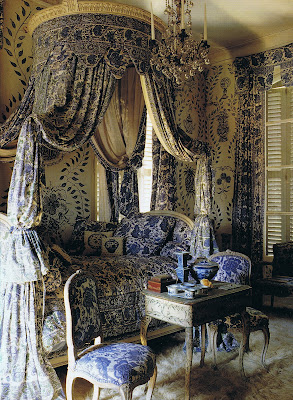 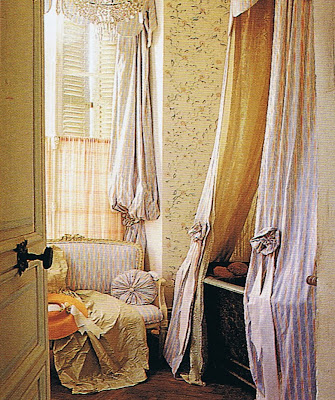 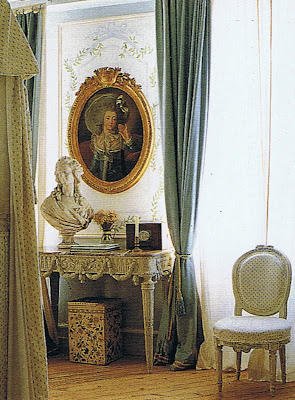 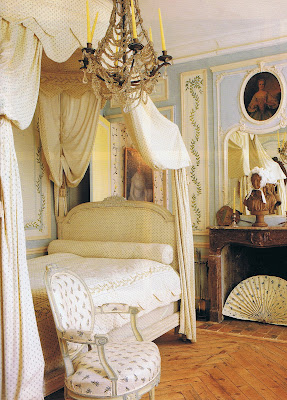 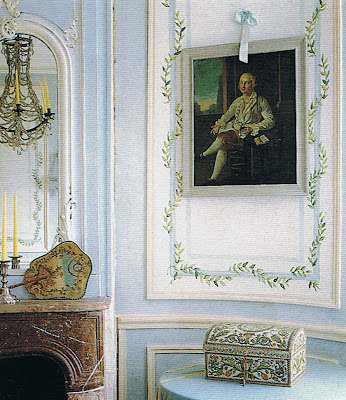 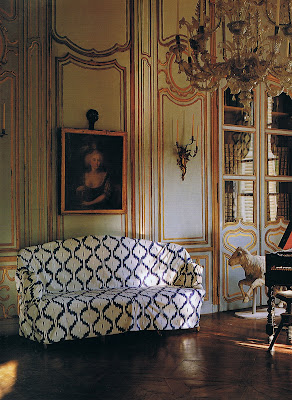 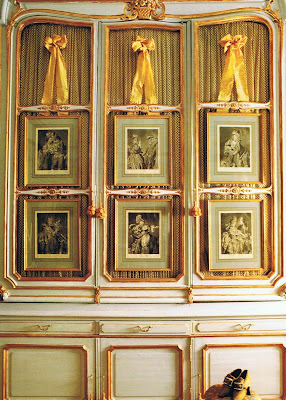 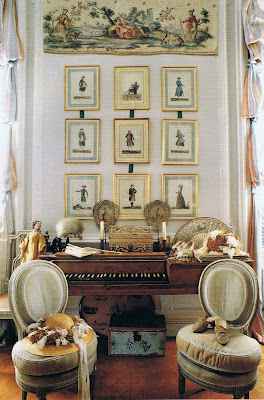 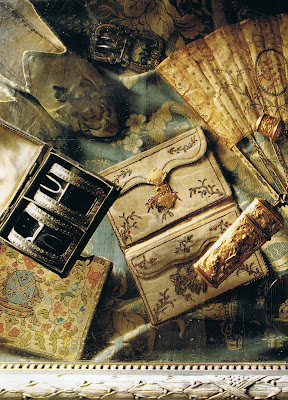 The house of my dreams. Lovely.