Harry & Meghan review – so sickening I almost brought up my breakfast

Although there are sweet moments alongside the vomit-inducing, the overriding message of this royal documentary is: the late Queen was right to keep stumm

Well, it’s Christmas for Netflix all right. The first gobbet of “educational or entertainment” material that the Duke and Duchess of Sussex are contracted to create as part of their £112m deal with the streaming platform has been delivered. Six episodes of Harry & Meghan, an up-close-and-personal documentary of their life together have been made. Divided into two “volumes” of three, the first volume has now dropped. Like a turd into a stocking, may be the royal family’s feeling – but for the rest of us it is entertainment, and indeed an education of sorts. Mainly in how right the late Queen was to keep stumm for her entire 70-year reign.

The Sussexes have clearly suffered, in ways most of us will not experience. Whether they have suffered quite as much as they think is another question. At one point, Harry says in wonder that his wife first sacrificed everything for him – by leaving her life in the US and joining him and the royal family in England – and then he in turn sacrificed everything for her by leaving the royal family and joining her in the US. Which is entirely true and yet not at all true at the same time. A feeling that persists throughout the three hours of insight/non-insight we have been gifted so far.

There are lots of private photos from the couple’s early courtship, and that they were, and remain, deeply in love is – unless both of them are Oscar-winning actors – beyond dispute. There is lots of archive footage of “my mum” – Diana, Princess of Wales – being hounded by mobs of photographers. There is lots of time spent interviewing the Sussexes being charming and funny together (“Maybe they were surprised a ginger could land such a beautiful woman,” Harry says, recalling the Windsors’ first meeting with Meghan). There is a little time spent interviewing Harry’s friends and more spent on Meghan’s, who are effusive in their praise of her acting, her empathy, her activism. “She’s fed through service,” says one, which took me a moment to understand and then another moment to suppress my rising breakfast.

The first episode concentrates on Harry’s childhood, the blissful secret courtship and ends with the story of their relationship breaking. The second covers Meghan’s childhood, the indubitably racist coverage of the engagement – one of the earliest headlines describes “Harry’s Girl” as “(almost) straight outta Compton” – and absolutely overt bigotry of much of the commentary on social media. The third comprises a potted history of British slavery and the monarchy’s central role in it, Harry’s work on his “unconscious bias”, his happy years in the army and the fracturing of Meghan’s family in the run-up to the wedding, courtesy of what seems to have been her father and half-sister’s willingness to talk to the tabloids desperate for any negative story they could get.

But in the end – what are we left with? Exactly the same story we always knew, told in the way we would expect to hear it from the people who are telling it. Those who don’t care won’t watch. Those who do care – which is to say are voyeuristically invested in the real-life soap opera – will still read into it anything they want to and doubtless confirm all their previous ideas. There is plenty here to start another round of tabloid frenzy, particularly in Harry’s mention of members of the royal family who consider the pressure placed on anyone “marrying in” a rite of passage and resist allowing anyone else to avoid what their own spouses went through, and who bow to internal pressure to choose a wife who “fits the mould”. Which is to say – it is hard to see who, beyond the media, the villains of the piece, will really gain from this? A period of silence should be welcomed. 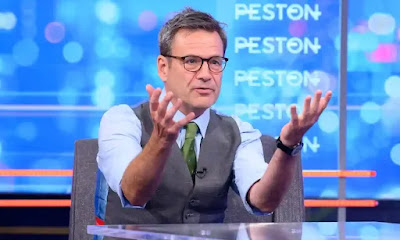 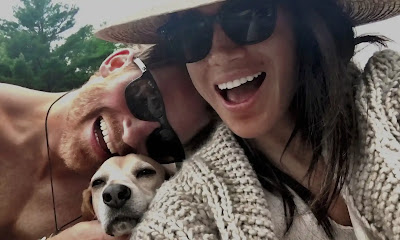 A Conservative MP has said he is planning to bring forward legislation in an attempt to strip the Duke and Duchess of Sussex of their royal titles. Bob Seely told the PA news agency he could propose the short private member’s bill early next year in an attempt to amend the 1917 Titles Deprivation Act.

If passed, it would see MPs vote on a resolution that could give the privy council the power to downgrade Harry and Meghan’s royal status.

“There is a political issue,” he said. “As well as trashing his family and monetising his misery for public consumption, he is also attacking some important institutions in this country.”

However, bills put forward by individual MPs that lack government support rarely secure the votes needed to pass through parliament.

Seely is planning to put forward an amendment to the act, which stripped royal titles from those who supported Germany in the first world war, in early 2023. The Tory MP asked why Harry continues to use the titles while “at the same time trashes the institution of monarchy and his family”.

He is understood to have been considering his private member’s bill even before the recent controversy over the couple’s Netflix documentary.

Labour MP Rachael Maskell already has a bill going through parliament that would give the monarch new powers to remove titles or a committee of parliament to determine that a title should be taken away. She previously said that her constituents made it clear to her that they wanted the Duke of York’s title to be removed.

Meanwhile, the employment minister, Guy Opperman, used an appearance on the BBC’s Question Time to tell everyone to boycott Netflix.

“I don’t think it has a fundamental impact on the royal family. I certainly won’t be watching it. I would urge everyone to boycott Netflix and make sure that we actually focus on the things that matter,” he said.

In the series, released on Thursday, the Duke and Duchess accused the media of “destroying” them before they left the UK, and said the royal family failed to understand that Harry’s future bride required protection.