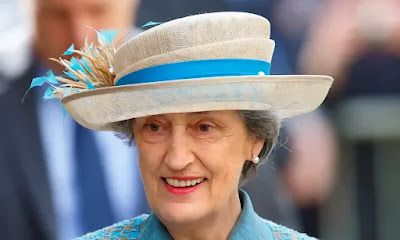 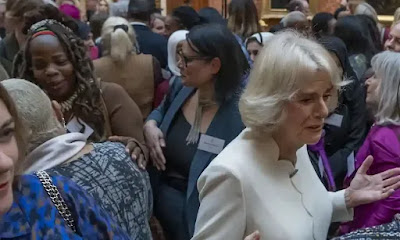 The resignation of Lady Susan Hussey after making “unacceptable and deeply regrettable comments” to a black female guest at a Buckingham Palace reception will undoubtedly cast a gloomy shadow over the beginning of the king’s reign.

No matter that Lady Hussey, 83, who served six long loyal decades as lady-in-waiting to the late Queen – and who was nicknamed “No 1 Head Girl” by royal staff – is not a key aide in the king’s private office. She is a close friend of Charles, who made her a godmother to his eldest son, William.

Her new job title, announced only last week, was as one of three Ladies-of-the-Household, there to assist at palace functions and the like. Nevertheless, it is a public-facing, honorary role.

For a royal family still bruised by allegations aired on TV by the Duchess of Sussex regarding matters of race, which have been vehemently denied, any whiff of controversy on the subject will be greeted with abject horror.

More especially, this is already an acutely sensitive time for the House of Windsor. The long-awaited Netflix documentary on Harry and Meghan is, reportedly, finally due to air next week.

If the couple’s interview with US TV host Oprah Winfrey – in which they claimed an unnamed member of the royal family speculated on the skin tone of their first-born, Archie – is any yardstick, Buckingham Palace is right to be braced. And they remain so for the publication of Harry’s candid memoir, Spare, in the new year.

There will be huge disappointment at this latest controversy. The reception at which Ngozi Fulani, chief executive of the charity Sistah Space, was subjected to interrogation over where she was “really from” was a key event in the new Queen Consort’s diary. It had been billed as a “new high-water mark” in Camilla’s violence against women and girls (VAWG) work, and a platform from which she would deliver her first major speech in her new position.

Coverage of the event has been overtaken by headlines on the fallout from Hussey’s comments and her resignation.

The incident also threatens to overshadow the first day of the Prince and Princess of Wales’s visit to Boston to promote William’s Earthshot environment prize, due to culminate in an award ceremony and a possible meeting with the US president, Joe Biden.

It is just two weeks since the king welcomed the South African president, Cyril Ramaphosa, to Buckingham Palace with a state banquet during which he spoke of “acknowledging the wrongs” that shaped the pasts of the two nations.

South Africa is part of the Commonwealth, of which Charles is head. One can only imagine how many Commonwealth countries must view headlines such as that generated by what allegedly passes for small talk by a trusted aide at a palace reception. 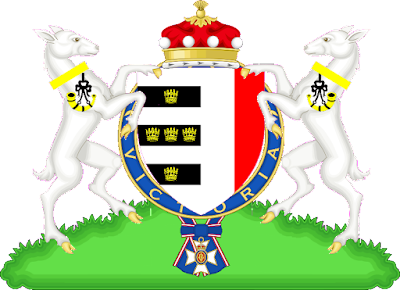 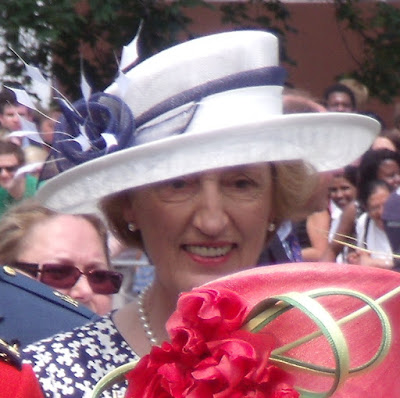 Susan Katharine Hussey, Baroness Hussey of North Bradley, GCVO (née Waldegrave; born 1 May 1939) known as Lady Susan Hussey until her husband was raised to the peerage in 1996, is a British noblewoman who served as a Woman of the Bedchamber to Queen Elizabeth II and as a Lady of the Household from September to November 2022 under King Charles III.

Hussey is the fifth and youngest daughter of the 12th Earl Waldegrave, and Mary Hermione Grenfell (1909–1995). She is the sister of the 13th Earl Waldegrave and the Conservative politician William Waldegrave. Her aunt, Dame Frances Campbell-Preston, was lady-in-waiting to Queen Elizabeth The Queen Mother.

On 25 April 1959 she married Marmaduke Hussey (later Chairman of the Board of Governors of the BBC) and had two children: James Arthur (b. 1961) and Katharine Elizabeth (b. 1964). Her daughter Katharine married Sir Francis Brooke and followed her mother into royal service, as one of the official companions to Queen Camilla.

Hussey joined the royal household in 1960, initially helping with royal correspondence, before being promoted to the position of Woman of the Bedchamber, owing to her knowledge of the inner workings of the household. She was a close friend of the Queen, and often spent time with her at Balmoral Castle.

She is a godmother of William, Prince of Wales,[1] and was chosen to accompany Queen Elizabeth II at the funeral of Prince Philip.

With other members of the royal household, Hussey attended the state funeral of Queen Elizabeth II on 19 September 2022. Following Elizabeth II's death, she was made a Lady of the Household, along with the late Queen's other ladies-in-waiting, responsible for helping with events at Buckingham Palace.

On 30 November 2022, Hussey resigned from the royal household. This followed an account of a conversation between her and the chief executive of the charity Sistah Space, Ngozi Fulani. At a Buckingham Palace reception on gender-based violence the previous day, hosted by Camilla, Queen Consort, Fulani said that Hussey had questioned her origins by repeatedly asking where she was "really" from.Buckingham Palace said that "unacceptable and deeply regrettable comments" had been made, and that "the individual concerned would like to express her profound apologies for the hurt caused and has stepped aside". Commenting on the incident, her godson, Prince William's spokesperson said "racism has no place in our society".

In September 2015, she received the Sash of Special Category of the Order of the Aztec Eagle.

Hussey is portrayed by Haydn Gwynne in season 5 of The Crown.