Clarissa Eden: A Witness to History 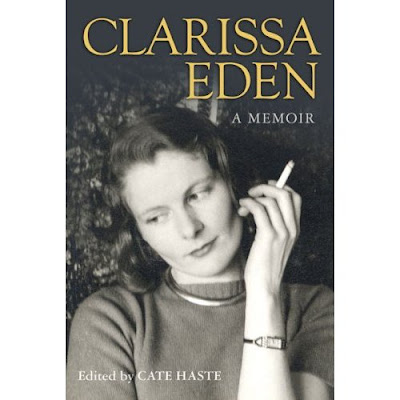 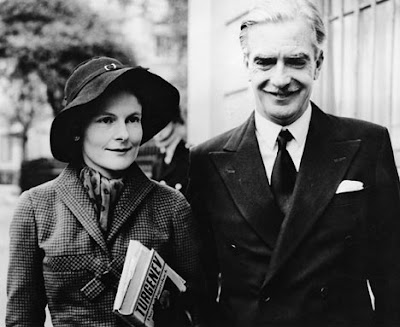 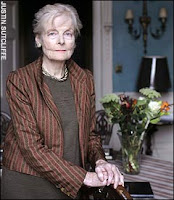 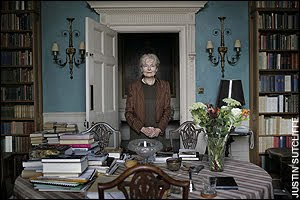 Exclusive extracts from the memoirs of Clarissa Eden

Towards the end of the meal Anthony turned to me and muttered, “Perhaps we could have dinner sometime?” Intrigued and amused, I accepted.
When we got to know each other better it became apparent that we were, on the face of it, a surprising couple, as people hastened to point out. Most of my friends were writers or critics or painters. Most of his were politicians, but we shared a love of art and books.
He had had knocks at every phase of his personal life and, like many Englishmen, hadn’t known intimacy. He was happy when it came to him later. Although he was older than me we had both led single lives. The announcement of our engagement in the papers was met with consternation and astonishment by friends on both sides. His colleagues, while happy that he would no longer be alone, were wary of his choice. My Aunt Clemmie [Clementine Churchill, wife of Winston] thought me too independent and totally unsuitable, and my own friends were dismayed, or, at best, doubtful. My aunt being away on holiday, we went down to Chartwell to break the news to my Uncle Winston. He congratulated us with his usual magnanimity.
After marriage
Back from honeymoon, I was thrown into a world of which I had had no inkling [Anthony Eden was Foreign Secretary at the time]. Politics had never played a part in my life, though at lunches at my uncle’s before the [Second World] war I had heard a lot of it, including the prediction that war was inevitable.
My desire was to make everything as easy and pleasant as possible for my husband. I had had no conception of what his life would be like – the hours he worked, the triumphs and setbacks, the constant crises.
Anthony had grown accustomed to being surrounded by staff and private secretaries who were there to do his bidding. I tried to adapt to this new life in a flat surrounded by someone else’s possessions and two resentful old retainers. I was not used to someone coming home every day for lunch and expecting a fish or meat four-course meal each time.
My first visitor at Carlton Gardens was the wife of the then head of the Foreign Office, Lady Strang, who came to tea. Though I did wonder what I had got myself into when her opening remark was ‘I hope you are not going to denationalise steel – it is doing so well.’ I had previously had no views about steel.
Anthony’s illness
After we had returned to England [from a trip to the United States in 1953], suddenly there was an unexpected personal bombshell, which changed everything.

Peter Thorneycroft said Anthony should go, and say he was going to unite the country and the world.
Selwyn had said no then changed his mind when the majority said yes.
It never seemed to me that health was affecting any of Anthony’s judgements and this was the opinion of those working for him. I do not remember him being dependent on daily stimulants and I was there with him every day and night. Horace Evans may have prescribed them, but Anthony was not a person who wished to jeopardise his judgement – he even refused to take Sparine, the tranquilliser prescribed, though I made use of them. Later, before and after our return from Jamaica, he was taking the prescribed dose of Drinamyl.
Anthony Eden’s resignation On New Year’s Day
Anthony was feeling terribly tired and having pains again. Then, and only then, were the doctors back once more. To our astonishment we now found Horace Evans adamant. He said Anthony would eventually kill himself, but before that he would collapse, possibly in about six weeks, certainly by Easter. We were dumbfounded and rather shocked.
Clarissa’s diary, January 7 1957
A weekend of tossing and turning. Anthony’s pains came back on top of everything else, or perhaps because of everything else.
Clarissa’s diary, January 9
Anthony goes to the Palace to give up his seals of office. The Queen says that she has been fortunate in having Anthony. She thanks him for always being so helpful and making it so nice for her. Anthony refuses an earldom.
After Harold [Macmillan] became Prime Minister we stayed briefly at Chequers. I went up to London, dodging the press at all the main gates at Chequers, and spent an awful day packing up. It was the longest weekend I’ve ever spent. Dorothy Macmillan came to see me on Saturday. None of the servants wanted to stay. Mrs Skitt gave me a cooking lesson on Sunday morning and cried into the eggs.
After the resignation
We decided on a trip to New Zealand and eventually on to the Pacific Islands. The RMS Rangitata was sailing for Auckland, so we arranged to sail on her.
As we went down the Thames all the ships were dressed overall and sending messages of good luck. The boys on the Worcester training ship lined the rails to give three cheers and a submarine raced along beside us. Anthony was very unhappy.
On our arrival at Auckland there was a fantastic reception. We had been lent a house at Otekai on the Bay of Islands. Our bay had downs and combes, with groves of pohutukawa trees running right down to the beaches, with deserted sand and rocks covered with oysters – the garden full of hibiscus, bananas, peaches and figs and a magnolia grandiflora as large as an English elm. It was a revelation and a breathtaking combination of everything we liked most in scenery and climate. For several mad days we determined to stay there for ever.
Then Anthony’s sudden high fevers returned. After some weeks it became clear an emergency operation was inevitable and our dream of the South Pacific, Samoa and Tahiti was over. So back to Boston and the New England Baptist Hospital for Anthony, and the Ritz Carlton Hotel for me.

Later life
Anthony was sixty-one when he retired from politics. He survived for nearly another twenty years and remained energetic, playing tennis, travelling, writing, farming. I was pleased to leave politics, and that we could have a marriage without all the tensions, plottings and shenanigans of political life.
Anthony, with his family roots in County Durham, always said the people in the North were quicker witted and nicer but he could not stand the climate, so it had to be the South. As it turned out, this was a wise decision because we did go to London from time to time and he eventually took up his earldom [what Clement Attlee had called the “rate for the job”] so that he could speak on foreign affairs in the Lords.
On the excuse that Anthony should avoid colds and flu, we took to going to the West Indies each winter. Thus we visited Mustique, which had just been bought by my friend Colin Tennant. From there we saw on an adjacent island a white spot poised above a deserted long white beach flanked by a coconut grove. We rushed over and bought the small gingerbread house on the island of Bequia – then with no hotel, no roads, no electricity, no water, no telephone and no airstrip. It was paradise. We were the only non-Caribbeans, except a young American who was said to have figured this was the safest place to be if there was an atomic war. Friends could only visit us unannounced from their yachts – including my Uncle Winston on Onassis’s boat. We had halcyon winters there and were able to master huge works of literature not possible elsewhere.
In spite of two further operations, twenty years passed easily and pleasantly. By 1976 his strength was failing. As I wrote to Mrs Thatcher, “His health was gradually robbing him of his zest for life.” During the last two years of his life we spent the winter months at Averell and Pamela Harriman’s house in Florida. It was there that the end began, Jim Callaghan arranging for him to be flown back to England so that he could die at home. He was a few months short of his eightieth birthday.
He was buried not in County Durham, where his forebears have lain for centuries, but in the churchyard at Alvediston, his last home.
I asked Reynolds Stone to design his tomb in Portland stone and inscribed it with all the offices he held during more than thirty years of service to his country. 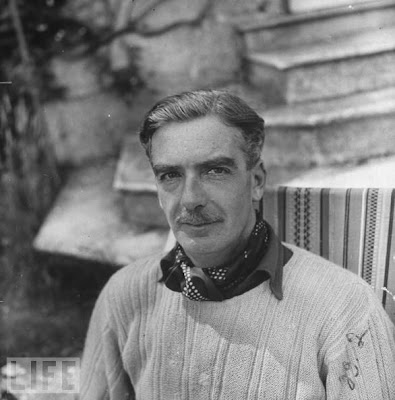 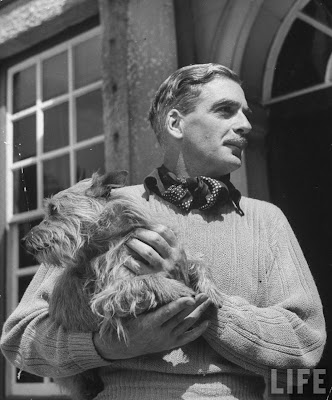 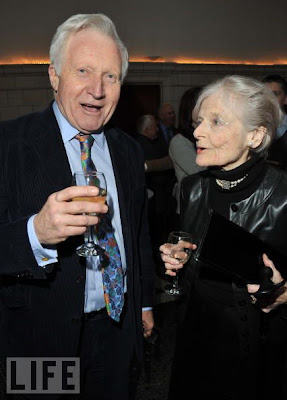 Splendid! And most helpful, a dog-eared word of no great repute by now, in our Ambienazon world; I use in the sense of the pre-voting days.