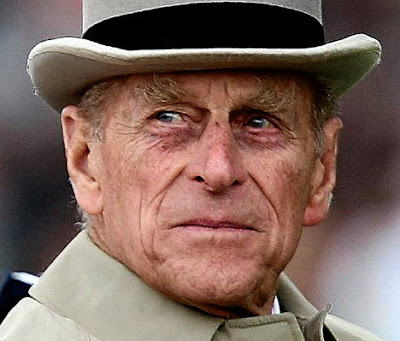 A timeline of the life of Prince Philip, Duke of Edinburgh, who is celebrating his 90th birthday.

1921: Prince Philip of Greece, the fifth child of Prince Andrew of Greece and Princess Alice of Battenberg, is born on 10 June in Corfu.
1922: After a coup d'etat, Prince Philip's father is banished from Greece and the family relocates to Paris.
1928: Prince Philip goes to live with his Mountbatten relatives in England and attends school in Surrey.
1933: Prince Philip is sent to Schule Schloss Salem in Germany, run by educational pioneer Kurt Hahn.
Hahn is forced to flee Nazi persecution and founds Gordonstoun School in Scotland, to which Philip transfers.
1939: As World War II looms, Prince Philip leaves Gordonstoun to become a cadet at the Royal Naval College, Dartmouth.
While there he escorts the young princesses Elizabeth and Margaret during a royal tour of the college.
1940: Prince Philip passes out at the top of his class in January and sees action for the first time in the Indian Ocean.
1941: Prince Philip transfers to the battleship HMS Valiant in the Mediterranean Fleet.
He is mentioned in despatches for his part in the Battle of Cape Matapan.

Prince Charles, Prince Philip, Princess Anne and the Queen in 1951
1948: The Duke of Edinburgh and Princess Elizabeth have their first child, Prince Charles.
1950: Princess Anne is born.
1952: Philip is promoted to the rank of commander but has to give up his command to begin a tour of the Commonwealth with Princess Elizabeth.
Word comes through in February that the King has died and the Duke of Edinburgh has to tell his wife she is now Queen.
1953: A royal warrant proclaims Philip will have precedence after the Queen on all occasions, but he will never have any constitutional position.
1956: Philip tours the Commonwealth on the royal yacht Britannia, without the Queen.
He founds the Duke of Edinburgh award scheme.
1957: The Queen makes her husband a prince of the United Kingdom. He will be known as Prince Philip, Duke of Edinburgh.
Prince Philip becomes involved in television, presenting The Restless Sphere: The Story of the International Geophysical Year.
1960: Prince Andrew is born.
1961: Prince Philip is appointed first president of the World Wide Fund for Nature - a position he holds until 1982.
The same year, his shooting of a tiger while in India causes a furore.

A silver wedding anniversary photo of the Duke of Edinburgh and the Queen, in 1972
1964: Prince Edward is born.
1986: On a state visit to China, Prince Philip makes what he thought was a private remark about "slitty eyes".
1995: Prince Philip marches past the Queen in the Mall to mark the anniversary of VJ Day, with other World War II veterans.
2002: Prince Philip bewilders guests at the Murugan Temple in London by asking priests if they are Tamil guerrillas.
In Australia, the prince asks an Aborigine if "you still throw spears at each other".
2002: Letters between Prince Philip and Princess Diana are published in an attempt to refute suggestions that he had been hostile to his daughter-in-law.
2009: The Duke of Edinburgh becomes the longest-serving royal consort in British history.
2010: It is announced Prince Philip will step down as president or patron of more than a dozen organisations when he turns 90.
2011: The prince celebrates his 90th birthday.
Publicada por Jeeves em 00:33