Watching boxing with Picasso and a ménage-à-trois at home: my life with the surrealist elite. Enfance, j’écris ton nom. Entretien avec Cécile Eluard

Watching boxing with Picasso and a ménage-à-trois at home: my life with the surrealist elite
As a book by her poet father Paul Eluard is due to be published for the first time in English, Cécile Eluard, 95, recalls her youth among such geniuses as Max Ernst, Salvador Dalí and Marcel Duchamp
Agnès Poirier in
The Observer, Sunday 13 April 2014 / http://www.theguardian.com/artanddesign/2014/apr/13/cecile-eluard-childhood-pablo-picasso

As befits the daughter of one of the 20th century's most famous surrealists, Paul Eluard, the childhood of Cécile Eluard was never less than extraordinary. As she grew up in the family home of Eaubonne, north of Paris, in the late 1920s, the German dadaist Max Ernst was painting frescoes on the walls as well as sleeping with her mother.

"Ernst had painted on the walls of almost every room of our house," she recalls now at the age of 95. "There was a duck on wheels just above my bed." In a dining room corner, Ernst had painted a big naked woman, whose body was sliced off. "You could see her innards. That terrified me." There was also a red room in which another naked woman clasped her enormous breast. "That frightened me beyond belief." Meanwhile, in her parents' room Ernst painted aardvarks eating ants and big human hands around the windows. "Sexual connotations, I think," she says shyly.

Ernst , the German painter, became Paul Eluard's best friend at the age of 30 as well as the lover of her mother, Gala. "We lived there, all together, quite naturally, for a few years. I don't remember finding it odd."

Having grown up surrounded by some of the most colourful, eccentric and brilliant artists of the century, Eluard has a treasure trove of such memories. But she has been reticent when it comes to sharing them.

Though legions of art lovers and art historians remain fascinated by the surrealist movement that captivated between the world wars , Eluard has given only three interviews in her lifetime and, until now, none in English.

But the occasion of a new edition of the only children's book her poet father wrote, Grain-d'Aile (1951), has inspired her to open up. The book will be re-released in with new illustrations by the artist Chloé Poizat and is soon to be published for the first time in English, which might generate a new audience for Eluard's work on the English side of the Channel. His daughter's reminiscences open the door to a lost radical and vibrant world in which conventions, whether artistic or moral, were there to be flouted.

Some of Eluard's fondest memories are of Picasso, a close friend, who used to take her to boxing matches. "He never got old. I never felt the 40-odd years between us. We would go and have a swim in Vallauris, I would come and visit him whenever I liked in his studio in rue des Grands Augustins in . He would show me his little sculptures made of bric-à-brac. He was so alive, so earthy, so absolutely not abstract!"

Did his mistresses resent the friendship? "Dora Maar didn't like me, I remember it well, she told me so! But then, she didn't like women, she was only interested in men. I liked the next one better, Françoise Gilot, she was bright, and kind."

Cécile Eluard was destined to find her loves and friendships among the luminaries of the avant-garde. Her parents, Paul Eluard and Gala, born Elena Ivanovna Diakonova, met in at a sanatorium in 1913. He was 18, she 19. They fell in love, punch-drunk on poetry and Russian literature, and married in year later Cécile Eluard was born, the only daughter of the very young couple. Cécile was barely speaking when her parents met the then struggling artist Ernst in 1921.

The frescoes painted by him in the 1920s were almost lost. When Eluard told her husband about them decades later, they drove to the old house, which was still inhabited by the artisan jewellers who bought it from Eluard in the late 1920s. "My husband, a writer and shrewd businessman, rented the house from them for three months and hired a well-known restorer to peel off the wallpaper and retrieve Ernst's frescoes."

One evening, the day before the restorer was due to pack and leave, some plaster fell off the ceiling and another painting by Max Ernst appeared. "I had totally forgotten about that one. These were naked ballerinas on a boat. We called Ernst. We wanted him to sign his work. I wasn't sure how he'd react. In fact, he was very happy to see all those long-forgotten décors."

Ernst duly signed the frescos, for a fee. And Cécile then auctioned them off. "The shah's wife, Farah Diba, bought the biggest panels. You can see them today at 's modern art museum." As for the artisan-jewellers, they couldn't care less about Max Ernst. "All they wanted was to get their wallpaper back on time for Christmas."

Wouldn't she have preferred to hold on to such treasures?

"I was never very wealthy," she says. Or at least not as wealthy as she should have been. Now that everyone involved is dead, Eluard can reveal how her father's third wife, who married him a few months before his death in November 1952, made her waive her inheritance (under French law, children automatically inherit from their parents). Cécile and her children consequently spent decades trying to buy back pieces of the family art collection at different auctions. Of his huge collection of African art, she has retained a couple of little statuettes which she uses as bookends.

Paul Eluard was an avid art and book collector. Well-known pictures taken by the photographer Brassaï show him at home surrounded by oil canvases by Picasso, Braque, Max Ernst, Chirico, Chagall and Dalí. Eluard liked to discover new talents, and had a flair for the art market. "Poets were not rich. His passion for art, and his avant-garde taste, meant he could support himself by buying and selling art."

At the time of his death, Eluard also had a collection of thousands of rare poetry books, dating back to the Renaissance. They all carried his Ex Libris designed by Max Ernst with the motto: "Après moi, le sommeil" (After me, only sleep). His widow sold off the collection – and the poet's private correspondence – bit by bit, living comfortably off the Eluard estate.

What about her mother Gala, who left Eluard to marry Salvador Dalí and was also a muse to such figures as Louis Aragon and André Breton?

"After she met Dalí in 1929, she was not interested in me any more." Cécile was only 11 when Gala abandoned both husband and daughter.

"She was never very warm, even before. She was very mysterious, very secretive. I never got to meet my Russian family. I didn't even know when exactly she was born."

After Gala left, Cécile went to live with her paternal grandmother in , seeing her father very regularly, and her mother only once or twice a year. For Gala, Cécile didn't really exist any more.

One day in June 1940, as the Wehrmacht was marching down from Flanders towards and beyond, Cécile, then 22, was told by her employer, the Wheat Office, that she and the entire ministry had to leave the capital at once by their own means. Cécile remembered that her mother had rented a villa in the resort of Arcachon for the summer.

"A handsome young truck driver drove me there. The journey took two days. Millions of French people were on the roads, going south, fleeing the German army.

"I arrived at the villa and asked to see my mother. The maid said that Gala didn't have any daughter and that I was a liar. Gala wasn't in and I had nowhere else to go. I kept talking with the maid who finally and defiantly said: 'Marcel Duchamp and Man Ray arrived this morning. We'll see if they know you.' She opened the door, Duchamp and Man Ray were playing chess. They knew me well, of course, so I was safe."

It has been a turbulent ride through the decades, but it has never been dull. Looking back on her rich life and four marriages, Cécile Eluard says: "I married and divorced easily. There was no drama, we met and parted amicably. My father was the same, and each time we had a party.

"Ah, parents! I may not have had much of a mother, but at least I had a nice papa." 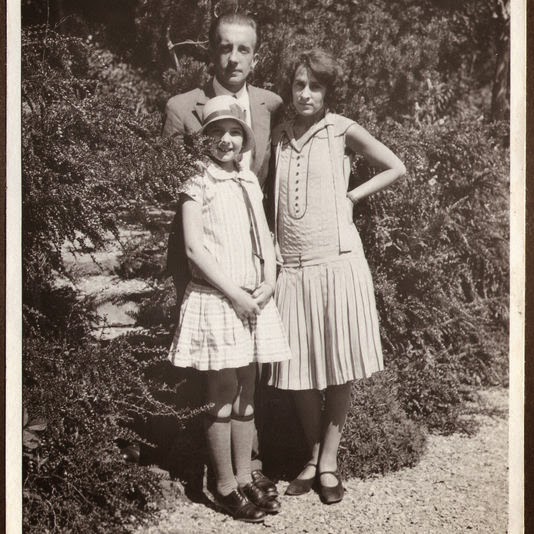 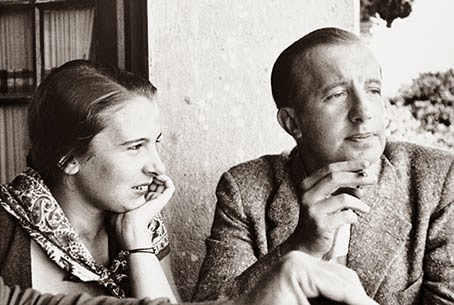 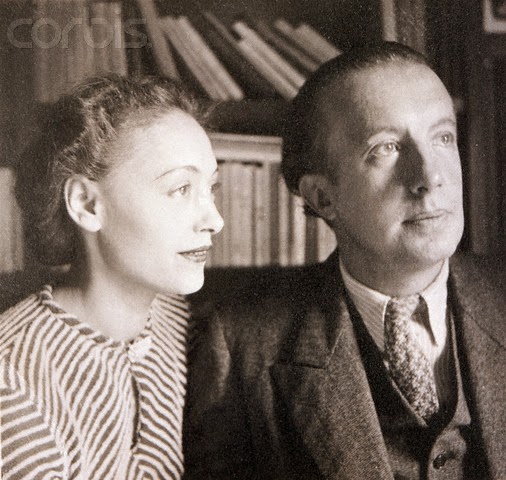