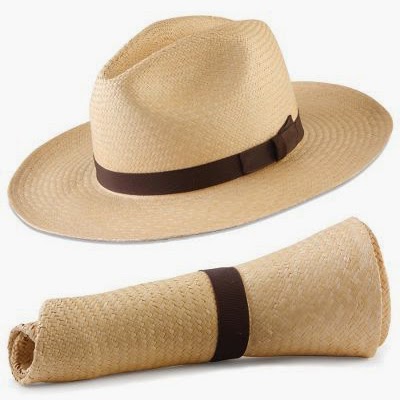 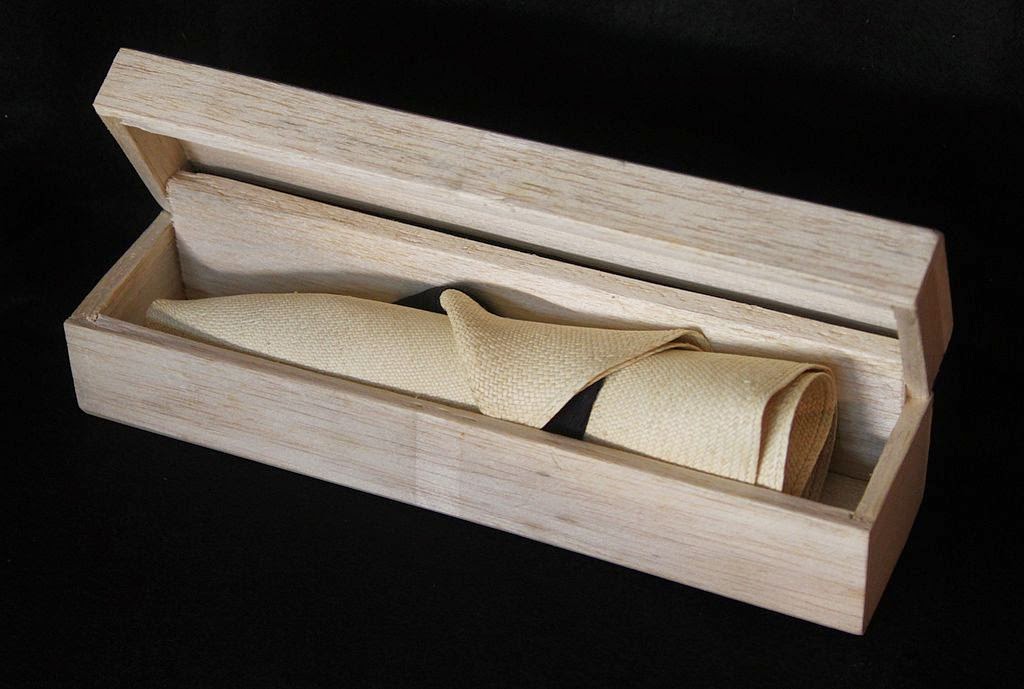 A Panama hat (toquilla straw hat) is a traditional brimmed straw hat of Ecuadorian origin. Traditionally, hats were made from the plaited leaves of the Carludovica palmata plant, known locally as the toquilla palm or jipijapa palm, although it is a palm-like plant rather than a true palm.

hats are light-colored, lightweight, and breathable, and often worn as accessories to summer-weight suits, such as those made of linen or silk. Beginning around the turn of the 20th century, panamas began to be associated with the seaside and tropical locales.

The art of weaving the traditional Ecuadorian toquilla hat was added to the UNESCO Intangible Cultural Heritage Lists on 6 December 2012. Panama hat is an Intangible Cultural Heritage, a term used to define practices, traditions, knowledge and skills communities pass down from generation to generation as part of their cultural heritage.
Beginning in the early to mid-1600’s hat weaving evolved as a cottage industry all along the Ecuadorian coast. Hat weaving and wearing grew steadily in through the 17th and 18th centuries. Even then, the best quality hats were being made in what is now the . The finest was presented to the great French dandy, Napoleon III. From that time on, the "toquilla" has reigned supreme over the crowed heads of . Straw hats woven in Ecuador, like many other 19th and early 20th century South American goods, were shipped first to the Isthmus of Panama before sailing for their destinations in Asia, the rest of the Americas and Europe, subsequently acquiring a name that reflected their point of international sale, "Panama hats", rather than their place of domestic origin. The term was being used by at least 1834.

The popularity of the hats was increased in the mid-nineteenth century by the miners of the California Gold Rush, who frequently traveled to via the .
In 1904, President Theodore Roosevelt of the visited the construction site of the , and was photographed wearing a Panama hat, which further increased the hats' popularity. The hats were later worn by many early-twentieth century film stars during films.

The two main processes in the creation of a Panama hat are weaving and blocking. Hats are commercially graded with numeric degrees to indicate quality, but these vary by seller. The rarest and most expensive hats can have as many as 1600–2500 weaves per square inch. These hats are known as Montecristis, after the town of Montecristi, where they are produced. The Montecristi Foundation has established a grading system based on a figure called the Montecristi Cuenta, calculated by measuring the horizontal and vertical rows of weave per inch.

A "superfino" Panama hat can, according to popular rumor, hold water, and when rolled for storage, pass through a wedding ring.

Although the Panama hat continues to provide a livelihood for thousands of Ecuadorians, fewer than a dozen weavers capable of making the finest "Montecristi superfinos" remain. Production in is dwindling, due to economic problems in and competition from Chinese hat producers. 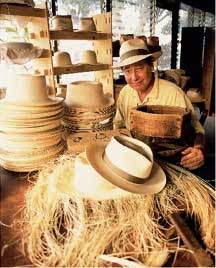 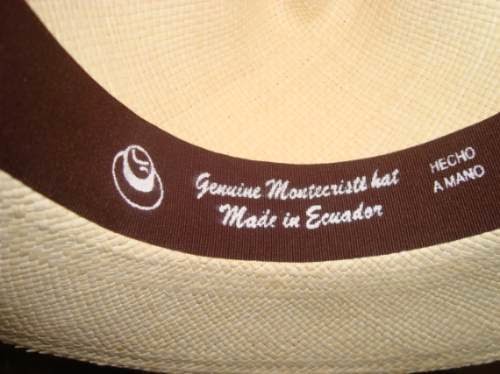 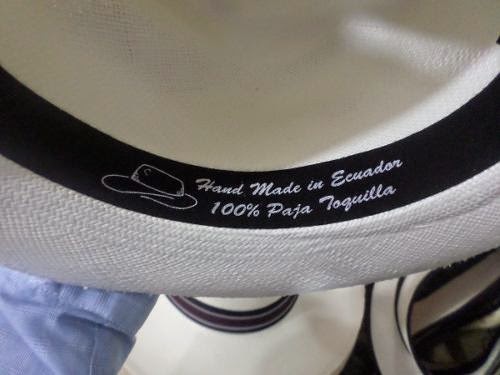 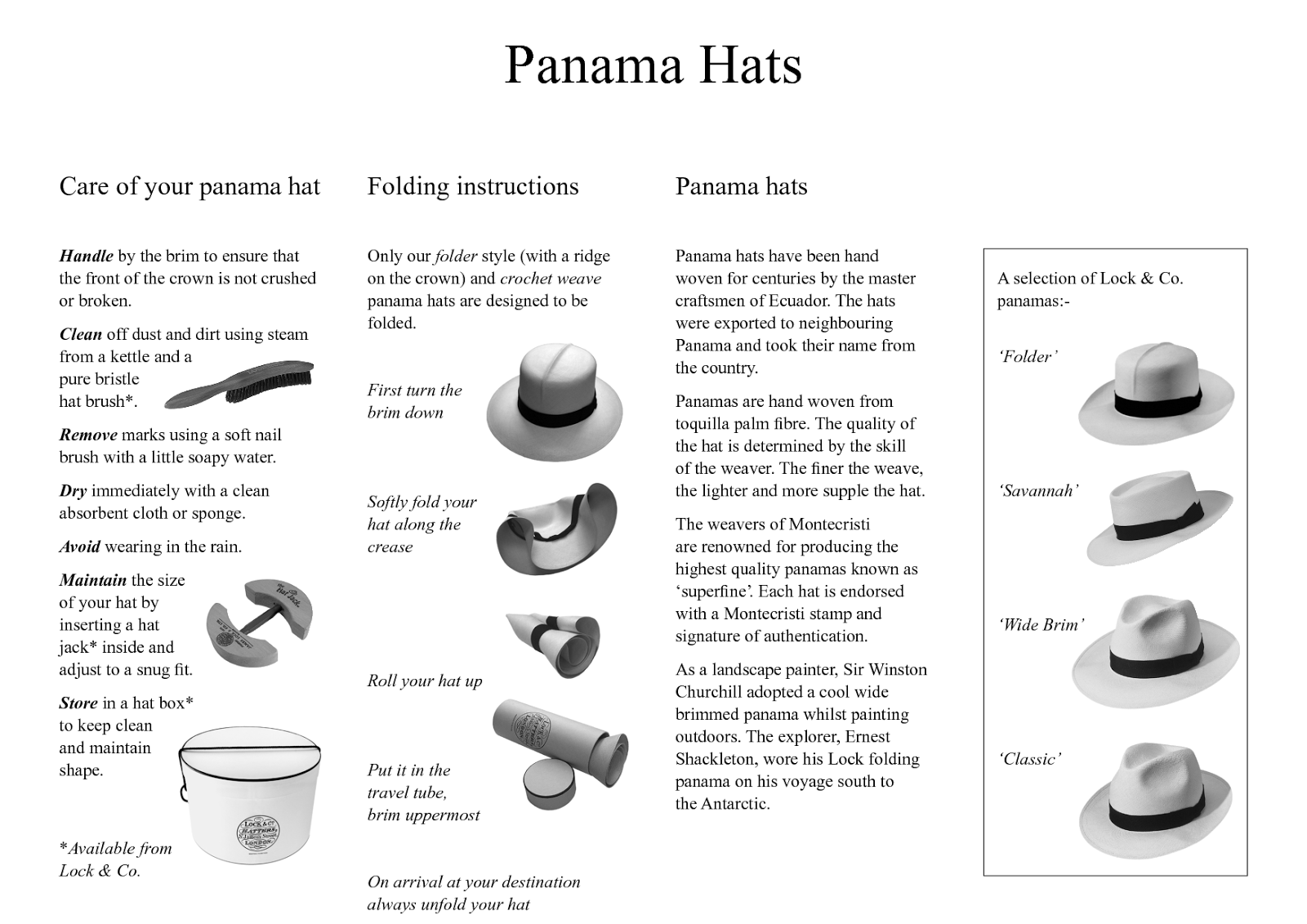 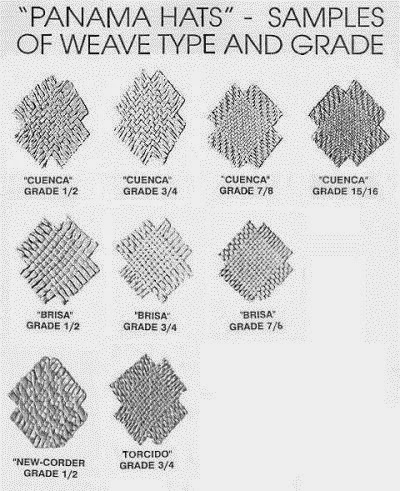 The Panama Hat: A Legend, a Lifestyle
http://www.panamahatsco.com/About-Us/Panama-Hat-History

Authentic hats have a rich and fascinating history. As unique as the artisans who create these hand-woven, stylish hats, each Panama hat combines natural resources of with a long tradition of South American culture.
Most people don’t know that the Panama hat actually originated in , not , as the name suggests.
In the 16th century when Spaniards first arrived in , they found native people wearing head coverings made of straw from the carludovica palmata plant. Spaniards encouraged locals to produce Spanish-influenced hats and, over time, these handmade straw toquilla hats evolved into the brimmed straw hats known today as hats.
But it wasn’t until the 1800s that these Ecuadorian-crafted hats made their way to . Workers on the wore these straw hats to protect them from the hot sun and heat, while the tightly woven hat could double as a bucket to hold water. At the same time, travelers and merchants began purchasing the hats at Panamanian ports and the “” hats began to make their way across the world. The Panama hat first marked its place in history when it was showcased at the at the World Fair in in the mid-1800s, receiving worldwide attention and becoming the defining fashion accessory for the elite.
Today, the legendary genuine Panama hat continues to be made of toquilla palm, and the very finest hats are hand-crafted by artisans in the small town of , . Each hat is unique and can take from one to six months for a true master weaver to complete, adding to the Panama hat’s mystique and universal appeal.
With its long history, the traditional art of hand-weaving toquilla hats has been passed down for generations and continues to receive world attention. UNESCO (the United Nations Educational, Scientific and Cultural Organization) recently recognized the Ecuadorian art of weaving a genuine Panama hat as an Intangible Cultural Heritage, a term used to define practices, traditions, knowledge and skills communities pass down from generation to generation as part of their cultural heritage.
For years, hats have been worn by trendsetters worldwide such as notable world leaders Winston Churchill and Nikita Khrushchev, European royalty, international celebrities, and Presidents such as Harry Truman and Theodore Roosevelt – who appeared in a New York Times photo wearing a Panama hat on a visit to the construction site in 1906. hats are as much a legend as the extraordinary men and women who have donned them to make them popular.
The Panama hat remains at the forefront of fashion today worn by numerous world figures, movie actors, celebrities, intellectuals, writers, painters, socialites, and others all over the world. 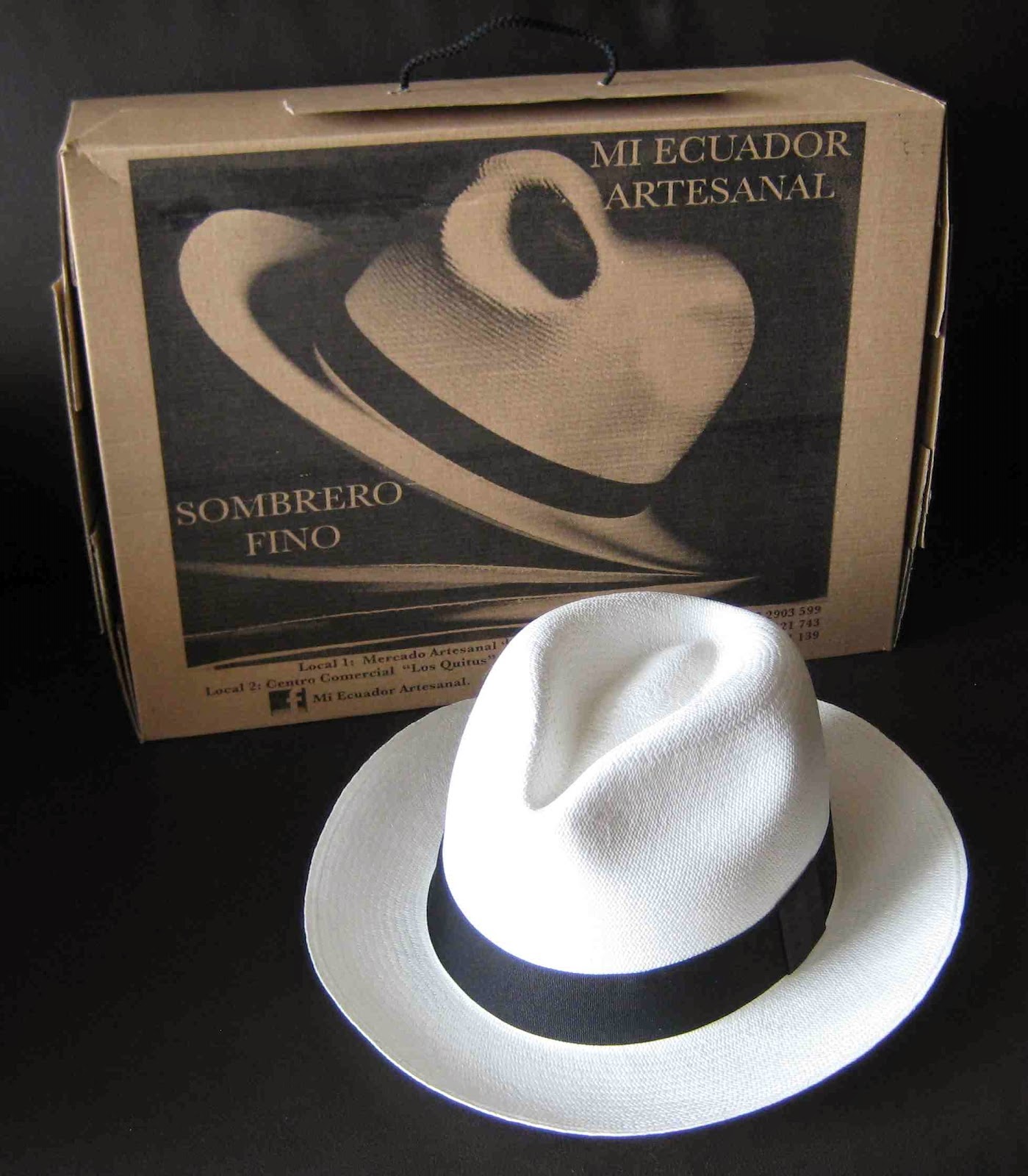 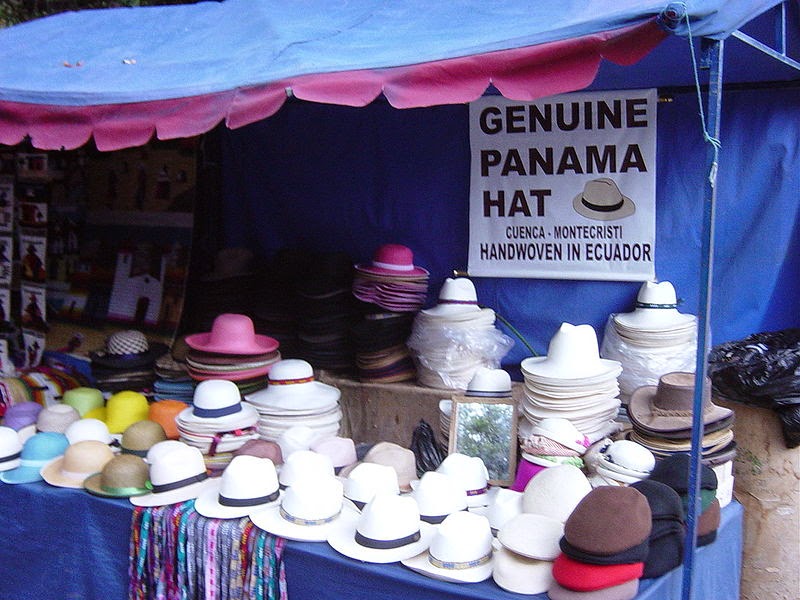 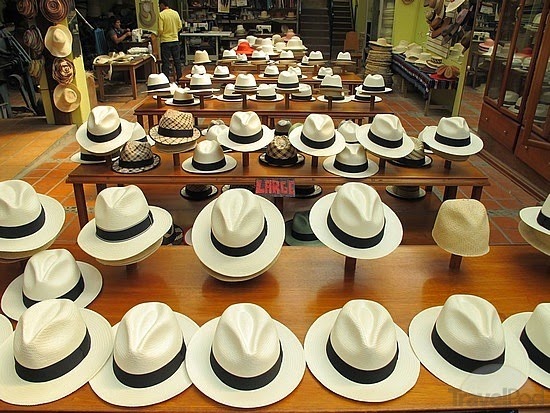 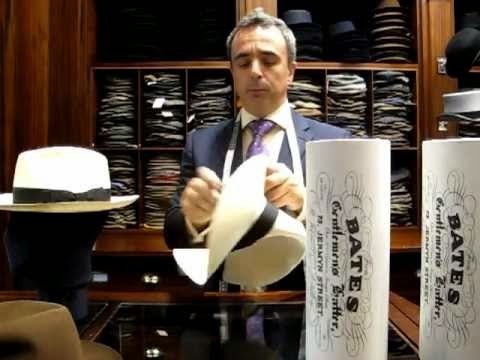 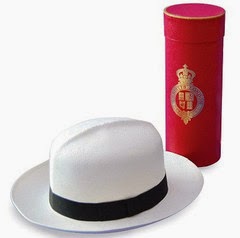 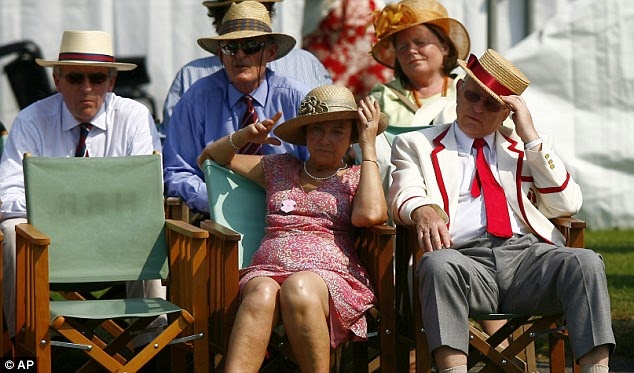 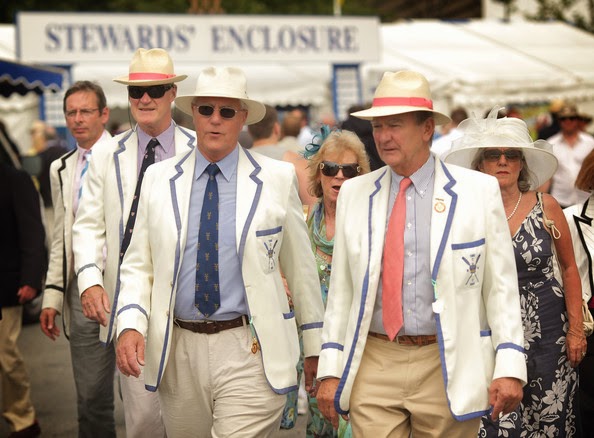 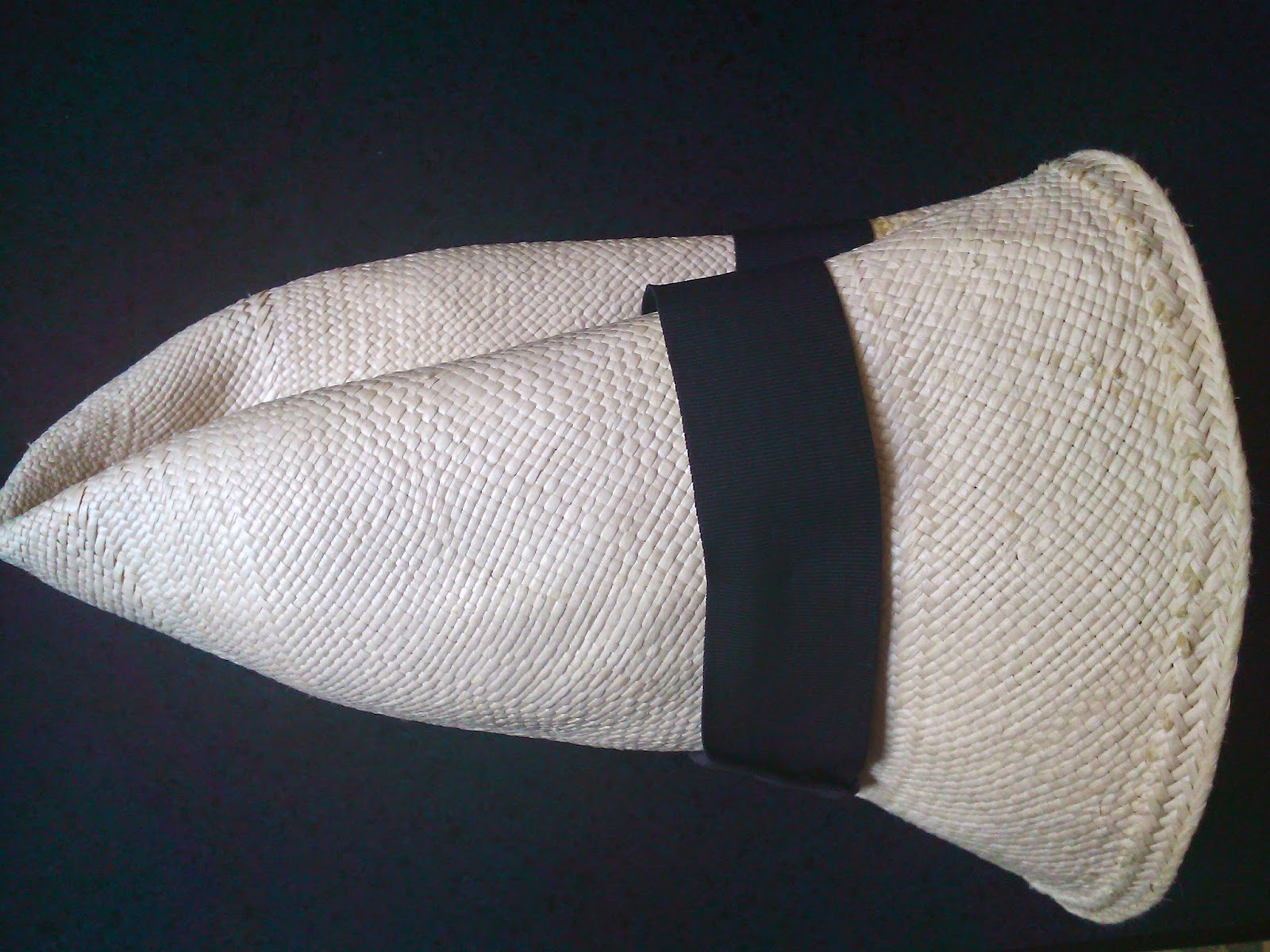