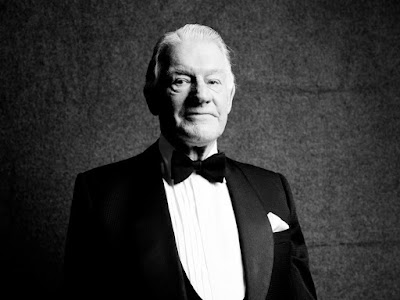 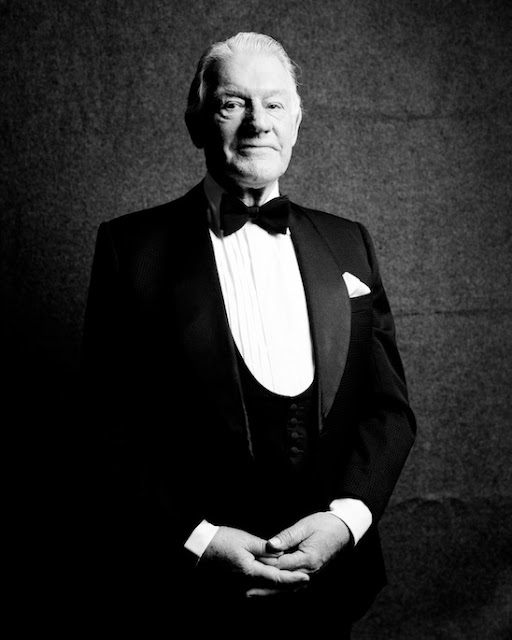 Henry Poole & Co is delighted that their Chairman, Angus Cundey has been awarded an MBE for services to bespoke tailoring and trade charities in the New Year’s Honours List. Mr Cundey who has worked on Savile Row for 58 years has worked tirelessly to uphold the bespoke standards of Savile Row and to ensure the future of pure bespoke tailoring through training and apprenticeships.
Mr Cundey has also played an active role in the Bespoke Tailors Benevolent Association, a charity which supports tailors in financial need and which this year have supported over 60 beneficiaries. (The Bespoke Tailors Benevolent Association was formerly the Master Tailors’ Benevolent Association (est. 1887) and the Tailors’ Benevolent Institute (est. 1861). He is also a founder member of Savile Row Bespoke, an association which ensures the tailoring houses on the Row work together to protect pure bespoke tailoring, a craft which has been practiced in this part of Mayfair for over two centuries.
At the outset of his career Angus Cundey was taught to sew at Lanvin in Paris in 1955 before continuing his training at the Tailor and Cutter Academy in London. He joined the family firm, Henry Poole & Co in 1957 as sixth generation where for many years he was a salesman and fitter. Mr Cundey, now aged 78 still works part time for Henry Poole & Co and is affectionately regarded as the ‘Godfather of Savile Row. 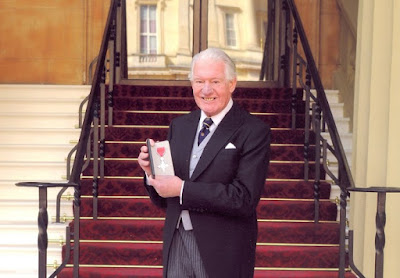 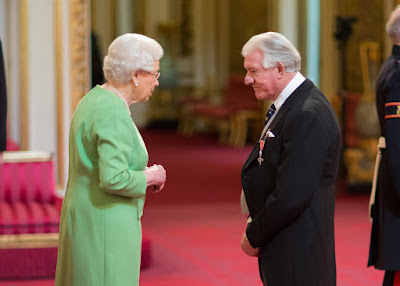 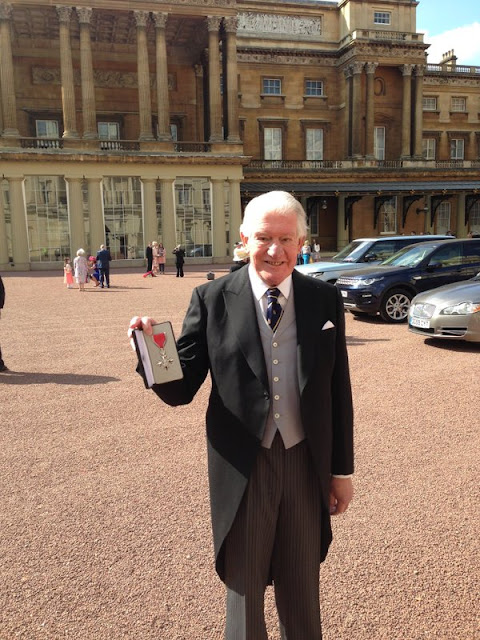 Angus Cundey presented his MBE medal by The Queen
March 30, 2016 Posted In: MBE
On Tuesday 22nd March, Angus Cundey was presented his MBE medal by The Queen at Buckingham Palace. Later that evening the great and good gathered for a party at Henry Poole & Co in honour of Angus’s outstanding achievement. Poole’s also commissioned Mich Turner MBE of Little Venice Cake Company to create a cake and not surprisingly it was fantastic. As you can see from the images the detail in the cake was astonishing.
We can’t thank Mich and all those that helped Angus celebrate enough. It was a huge success and a day that Angus won’t forget.
PHOTO © ANGUS RECEIVING MBE FROM QUEEN ELIZABETH II CREDIT - IMAGE COURTESY OF BRITISH CEREMONIAL ARTS LIMITED. 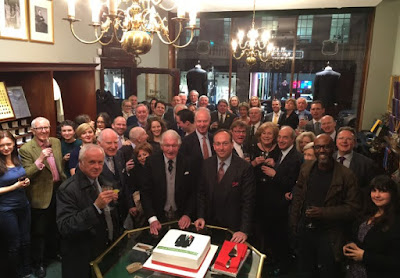 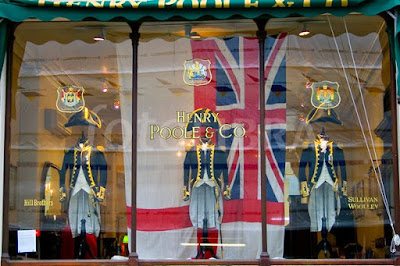