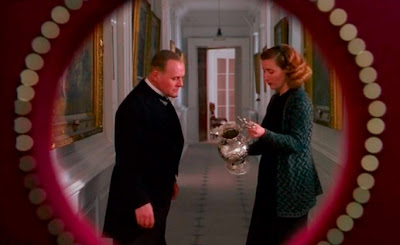 A butler is a domestic worker in a large household. In great houses, the household is sometimes divided into departments with the butler in charge of the dining room, wine cellar, and pantry. Some also have charge of the entire parlour floor, and housekeepers caring for the entire house and its appearance. A butler is usually male, and in charge of male servants, while a housekeeper is usually a woman, and in charge of female servants. Traditionally, male servants (such as footmen) were rarer and therefore better paid and of higher status than female servants. The butler, as the senior male servant, has the highest servant status.
In modern houses where the butler is the most senior worker, titles such as majordomo, butler administrator, house manager, manservant, staff manager, chief of staff, staff captain, estate manager and head of household staff are sometimes given. The precise duties of the employee will vary to some extent in line with the title given, but perhaps more importantly in line with the requirements of the individual employer. In the grandest homes or when the employer owns more than one residence, there is sometimes an estate manager of higher rank than the butler.

The word "butler" comes from the Old French bouteleur (cup bearer), from bouteille (bottle), and ultimately from Latin. The role of the butler, for centuries, has been that of the chief steward of a household, the attendant entrusted with the care and serving of wine and other bottled beverages which in ancient times might have represented a considerable portion of the household's assets.In Britain, the butler was originally a middle-ranking member of the staff of a grand household. In the 17th and 18th centuries, the butler gradually became the senior, usually male, member of a household's staff in the very grandest households. However, there was sometimes a steward who ran the outside estate and financial affairs, rather than just the household, and who was senior to the butler in social status into the 19th century. Butlers used to always be attired in a special uniform, distinct from the livery of junior servants, but today a butler is more likely to wear a business suit or business casual clothing and appear in uniform only on special occasions.A Silverman or Silver Butler has expertise and professional knowledge of the management, secure storage, use and cleaning of all silverware, associated tableware and other paraphernalia for use at military and other special functions

Butlers were head of a strict service hierarchy and therein held a position of power and respect. They were more managerial than "hands on"—more so than serving, they officiated in service. For example, although the butler was at the door to greet and announce the arrival of a formal guest, the door was actually opened by a footman, who would receive the guest's hat and coat. Even though the butler helped his employer into his coat, this had been handed to him by a footman. However, even the highest-ranking butler would "pitch in" when necessary, such as during a staff shortage, to ensure that the household ran smoothly, although some evidence suggests this was so even during normal times.

The household itself was generally divided into areas of responsibility. The butler was in charge of the dining room, the wine cellar, pantry, and sometimes the entire main floor. Directly under the butler was the first footman (or head footman), who was also deputy butler or under-butler that would fill in as butler during the butler's illness or absence. The footman—there were frequently numerous young men in the role within a household—performed a range of duties including serving meals, attending doors, carrying or moving heavy items, and they often doubled as valets. Valets themselves performed a variety of personal duties for their employer. Butlers engaged and directed all these junior staff and each reported directly to him. The housekeeper was in charge of the house as a whole and its appearance. In a household without an official head housekeeper, female servants and kitchen staff were also directly under the butler's management, while in smaller households, the butler usually doubled as valet. Employers and their children and guests addressed the butler by last name alone; fellow servants, retainers, and tradespersons as "Mr. [Surname]".
Butlers were typically hired by the master of the house but usually reported to its lady. Beeton in her manual suggested a GBP 25 - 50 (USD 2,675 - 5,350) per-year salary for butlers; room and board and livery clothing were additional benefits, and tipping known as vails, were common. The few butlers who were married had to make separate housing arrangements for their families, as did all other servants within the hierarchy. 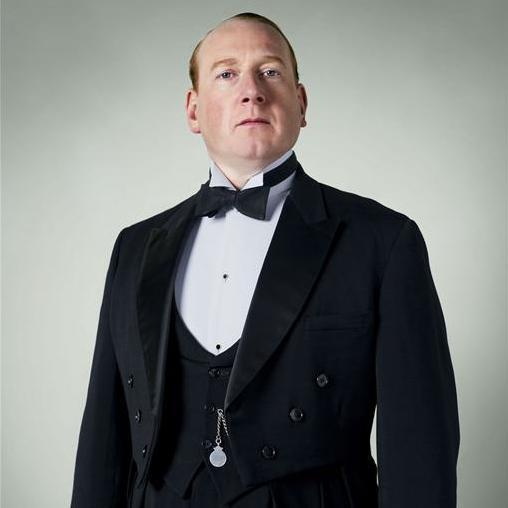 Beginning around the early 1920s (following World War I), employment in domestic service occupations began a sharp overall decline in western European countries, and even more markedly in the United States. Even so, there were still around 30,000 butlers employed in Britain by World War II. As few as one hundred were estimated to remain by the mid-1980s. Social historian Barry Higman argues that a high number of domestic workers within a society correlates with a high level of socio-economic inequality. Conversely, as a society undergoes levelling among its social classes, the number employed in domestic service declines.
Following varied shifts and changes accompanying accelerated globalisation beginning in the late 1980s, overall global demand for butlers since the turn of the millennium has risen dramatically. According to Charles MacPherson, vice chairman of the International Guild of Professional Butlers, the proximate cause is that the number of millionaires and billionaires has increased in recent years, and such people are finding that they desire assistance in managing their households. MacPherson emphasises that the number of wealthy people in China have increased particularly, creating in that country a high demand for professional butlers who have been trained in the European butlering tradition. There is also increasing demand for such butlers in other Asian countries, India, and the petroleum-rich Middle East.
Higman additionally argues that the inequality/equality levels of societies are a major determinant of the nature of the domestic servant/employer relationship. As the 21st century approached, many butlers began carrying out an increasing number of duties formerly reserved for more junior household servants. Butlers today may be called upon to do whatever household and personal duties their employers deem fitting, in the goal of freeing their employers to carry out their own personal and professional affairs. Professional butler and author Steven M. Ferry states that the image of tray-wielding butlers who specialise in serving tables and decanting wine is now anachronistic, and that employers may well be more interested in a butler who is capable of managing a full array of household affairs—from providing the traditional dinner service, to acting as valet, to managing high-tech systems and multiple homes with complexes of staff. While in truly grand houses the modern butler may still function exclusively as a top-ranked household affairs manager, in lesser homes, such as those of dual-income middle-class professionals, they perform a full array of household and personal assistant duties, including mundane housekeeping. Butlers today may also be situated within corporate settings, embassies, cruise ships, yachts, or within their own small "Rent-a-Butler" business or similar agency.
Along with these changes of scope and context, butlering attire has changed. Whereas butlers have traditionally worn a special uniform that separated them from junior servants, and although this is still often the case, butlers today may wear more casual clothing geared for climate, while exchanging it for formal business attire only upon special service occasions. There are cultural distinctions, as well. In the United States, butlers may frequently don a polo shirt and slacks, while in Bali they typically wear sarongs.
In 2007, the number of butlers in Britain had risen to an estimated 5,000. 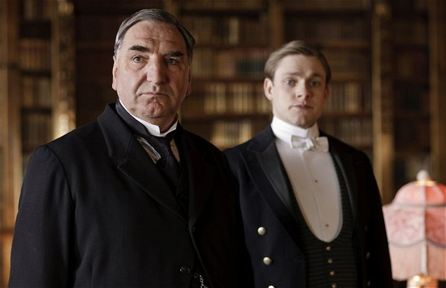 Butlers traditionally learned their position while progressing their way up the service ladder. For example, in the documentary The Authenticity of Gosford Park, retired butler Arthur Inch (born 1915) describes starting as a hall boy. While this is still often the case, numerous private butlering schools exist today, such as The British Butler Institute, the International Institute of Modern Butlers, the Guild of Professional English Butlers, and The International Guild of Butlers & Household Managers; top graduates can start at US$50,000-60,000 (£25,350-30,400). Additionally, major up-market hotels such as the Ritz-Carlton offer traditional butler training, while some hotels have trained a sort of pseudo-butler for service in defined areas such as "technology butlers", who fix guests' computers and other electronic devices, and "bath butlers" who draw custom baths.
Starkey International distinguishes between the "British butler" prototype and its American counterpart, often dubbed the "household manager". Starkey states that they train and promote the latter, believing that Americans do not have the "servant mentality" that is part of the British Butler tradition[citation needed]. They stress that their American-style butlers and valets are educated and certified, Starkey does lay claim to understanding the British butler tradition; however, her general approach seems to be that American domestic staff are better suited to American families although some students, numerous former Starkey employees, and several wealthy clients have criticised the programme and its owner. Magnums Butlers, a school based in Australia, conducts training after the British model at sites in Asia and the Pacific, Australia, the United Kingdom and the Middle East. The International Institute of Modern Butlers provides on-site training in various places around the world as well as via correspondence. In 2007, City & Guilds, the U.K.'s largest awarder of vocational credentials, introduced a diploma programme for butlers.
In addition to formal training, a few books have been published recently to assist butlers in their duties, including Arthur Inch's and Arlene Hirst's 2003 Dinner is Served. Moreover, websites, as well as a news publication, Modern Butlers' Journal, help butlers to network and keep abreast of developments within their field.
Ferry argues that what he calls a "butler mindset" is beneficial to all people within all professions. He states that an attitude of devoted service to others, deference, and the keeping of confidences can help all people succeed. 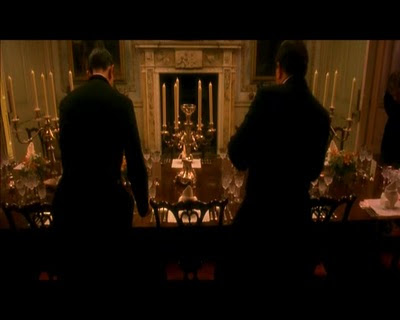 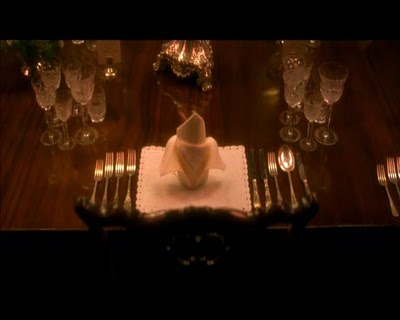 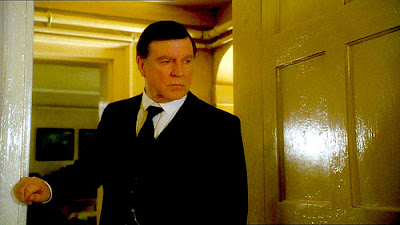 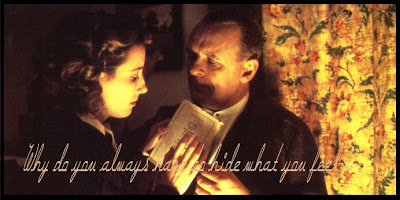 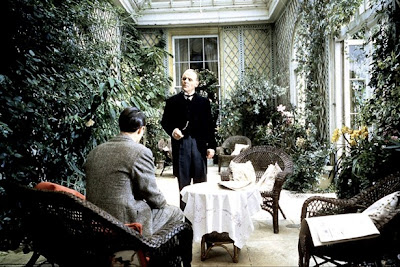