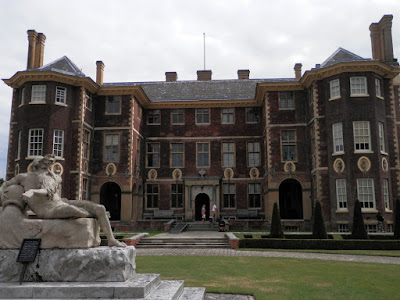 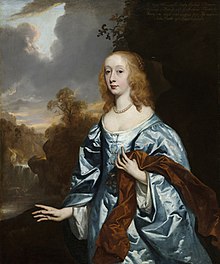 Who was Elizabeth Murray, Duchess of Lauderdale?

Baptised on 28 September 1626 in London, Elizabeth was the eldest of the five daughters of William Murray, first earl of Dysart, and Catherine Murray (née Bruce). Her father was a close companion of King Charles I, and from May 1625 he was a groom in the king’s bedchamber. Around this time William Murray obtained a royal lease for Ham House near Richmond and moved in with his family. Ham would play a major role in Elizabeth’s life and she, in turn, left a lasting impression on the place.

Civil War
By 1642 the Murray family was separated by the Civil War between King and Parliament which engulfed the British Isles.

In 1648, as Elizabeth was preparing to marry Sir Lionel Tollemache, her father was helping plan the escape of Charles I from captivity on the Isle of Wight, and her mother was still fiercely protecting Ham from seizure by Parliament.

‘Secret’ royalist activism
Elizabeth played a more active role in the royalist cause after her parents’ deaths. In 1653, at the age of twenty-seven, Elizabeth joined the Sealed Knot, a secret organisation committed to restoring the Stuart monarchy.

Elizabeth was entrusted with carrying coded correspondence to exiled supporters of Charles II. She travelled with Lionel to Paris and other European cities on clandestine missions. The couple were reported to the Protectorate as being royalist ‘spies’ in Flanders in 1657.

Double-dealing?
Although their activities raised some suspicions, Elizabeth was never detained or prosecuted. She was a skilful political operator, who protected herself and her family by maintaining relations with opposing political forces. Oliver Cromwell was among her frequent guests at Ham in the 1650s.

Elizabeth’s innermost thoughts about Cromwell and his regime, whether outright hostile or ambiguous, are a mystery, but her subtle manoeuvring shows her developing a form of political activism which was intrinsically early modern: the product of political pragmatism, strong familial loyalty and a taste for intrigue.

Ham transformed
In 1660 Charles II was restored and he rewarded Elizabeth with a pension of £800 a year for life. By this time she had inherited her father’s title, Countess of Dysart, and the Ham estate.

Following the death of Lionel in 1669, Elizabeth married John Maitland, earl (and later duke) of Lauderdale in 1672. In the decade after their marriage, they significantly extended and refurbished Ham.

A taste for luxury
A sequence of rooms was added facing onto the garden, richly decorated with stuccowork ceilings, carved panelling and Italianate furniture. Surviving inventories show that Elizabeth was a keen collector of Old Master paintings as well as a leader in fashion and architecture.

As senior courtiers, Elizabeth and her husband fashioned intimate and comfortable spaces, suitable for conducting business or leisure. Ham’s transformation thus mirrored the reconstruction of the family’s political fortunes and standing in post-Restoration England, combining old loyalty to the Stuarts and the embrace of new ideas.

The politics of intimacy
Elizabeth died at Ham House in 1698 at the age of seventy-two.

She has been remembered by historians as an artistic patron and collector, but her pre-marital intimacy with Lauderdale has allowed her political role to be underestimated by older generations of historians.

What ought to be emphasised, by contrast, is the significant influence Elizabeth wielded in Restoration politics, as a courtier in her own right and as Lauderdale’s most trusted adviser.

The politics of intimacy that Elizabeth negotiated was a vital mechanism through which stability was restored and divisions healed in the years after the Civil War. 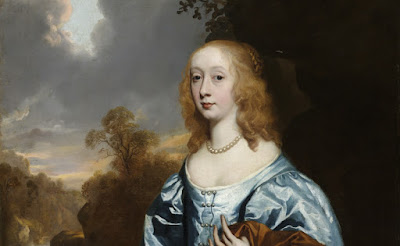 Ham House, Surrey, is thought to be one of our most haunted places
https://www.nationaltrust.org.uk/features/the-ghosts-of-ham-house

Cold spots, the sound of footsteps and an inexplicable scent of roses have been reported at Ham House in Surrey. Glimpses of mysterious characters all around this place has won it the reputation of being one of our most haunted places.

At the centre of it all seems to be the restless spirit of Elizabeth Murray, Duchess of Lauderdale. She inherited Ham House from her father in 1655.

Ruthless ambition
In life Elizabeth was ambitious and ruthless. She played a dangerous political game by being friends with both Charles II and Oliver Cromwell. Her aim was to guarantee herself a place of influence with whoever ended up in power.

She was equally strident in her personal life, taking family members to court if they crossed her.

Murder?
Some speculated darkly about how the suspiciously close deaths of both her husband – and the Earl’s wife – facilitated Elizabeth’s rise further up the social ladder.

But, in the end, she ran out of luck. After the death of her second husband came financial problems. This, along with ill health, forced Elizabeth to confine herself to a single ground floor apartment at Ham House.

A haunted looking glass
It's on the ground floor where ghostly events seem to be concentrated. Many visitors report a strange oppressive atmosphere in the room. Pets seem reluctant to enter. There is also a large looking glass dating from Elizabeth’s time that some people say they are too scared to glance into, inexplicably afraid of what – or whom – they might see staring back.

In fact, so powerful is the force that dominates the room that staff have been known to mutter, ‘Good afternoon your ladyship’ before entering, just to be on the safe side.

A woman in black
In addition, a woman in black, believed to be Elizabeth, has been seen on the stairs nearby.
But Elizabeth isn’t the only spirit to haunt Ham House. The ghostly screams of a suicidal young nobleman who fell in love with – and was rejected by – a servant girl have also been heard at the property. 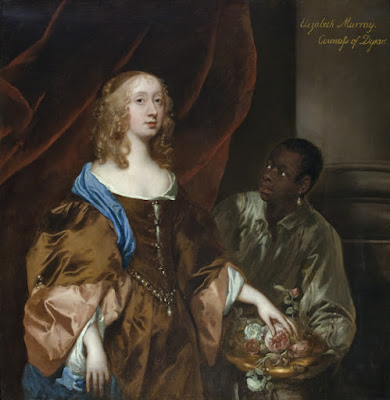 The Real "Magic" room in Ham House.
The Still House. 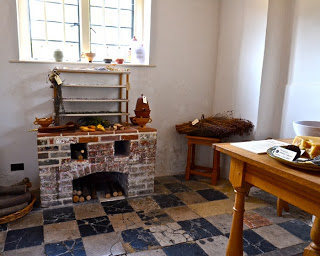 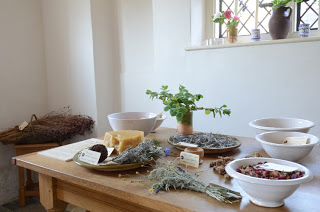 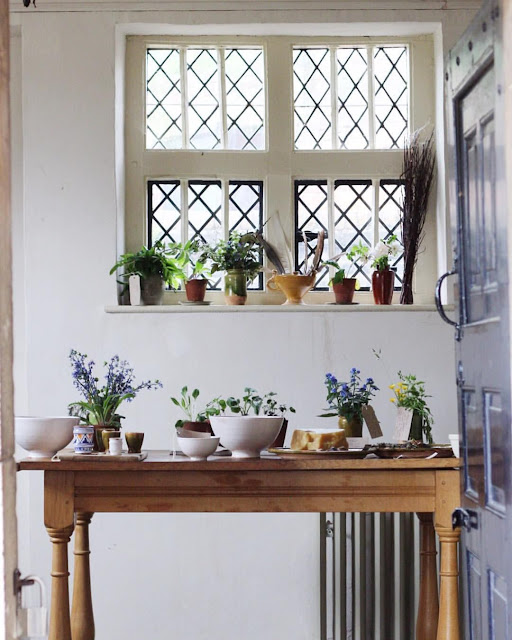 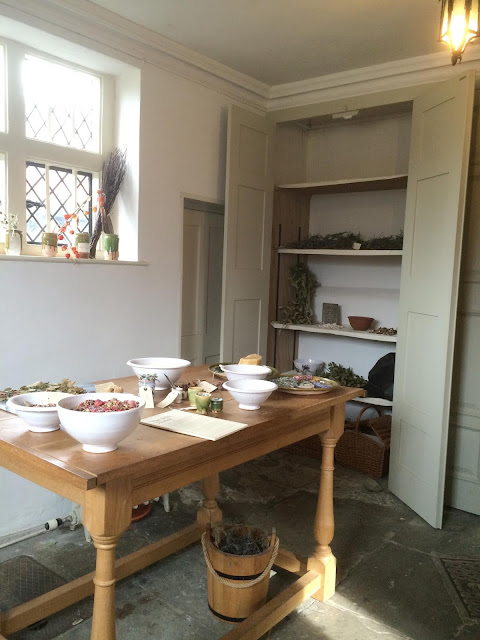 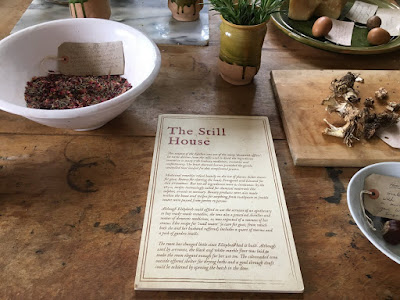 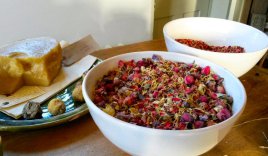