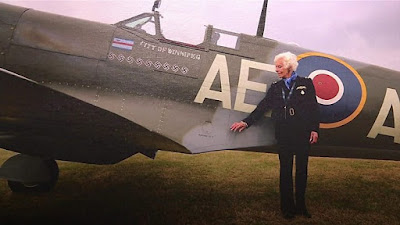 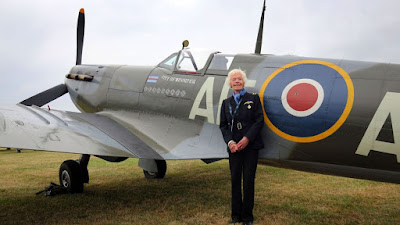 Mary Ellis delivered Spitfires and bombers to the frontline after responding to an appeal for female pilots.
Mary Ellis, one of the last surviving British female pilots from the second world war, has died aged 101 at her home on the Isle of Wight.

She delivered Spitfires and bombers to the frontline after responding to a radio appeal by the Air Transport Auxiliary for female pilots.

Ellis, née Wilkins, joined the ATA in 1941 and flew about 1,000 planes over the next four years, including 400 Spitfires and 47 Wellington bombers.

After the war, Ellis moved to the Isle of Wight and managed Sandown airport from 1950 to 1970.

She married fellow pilot Don Ellis in 1961 and continued to live in their home beside the runway at Sandown after his death in 2009.

Ellis was awarded the freedom of the Isle of Wight earlier this year, and was described by the council leader, Dave Stewart, as a “national, international and island heroine”. 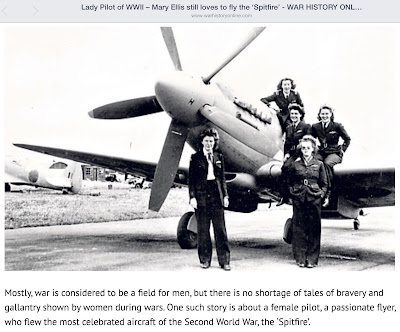 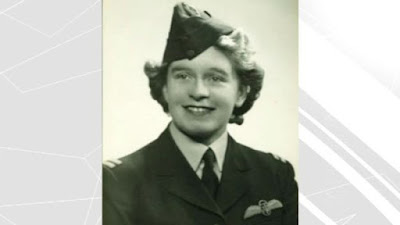 The TV presenter Dan Snow said he took his children to meet her last week, when Ellis shared her thoughts about the Spitfire. She described it as her favourite aircraft at her 100th birthday celebrations last year, saying: “I think it’s a symbol of freedom.”

Dan Snow
✔
@thehistoryguy
Mary Ellis, one of Britain's greatest aviators, died yesterday at age 101. Last week I took my kids to meet her. My boy clasped a model plane. She asked what it was. 'Spitfire' he whispered. She leaned down and shared a few private thoughts about the aircraft.
9:00 AM - Jul 26, 2018 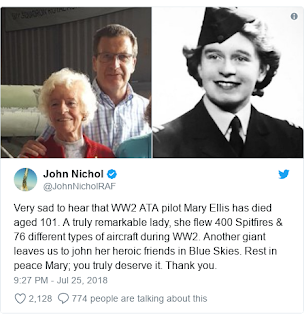 John Nichol
✔
@JohnNicholRAF
Very sad to hear that WW2 ATA pilot Mary Ellis has died aged 101. A truly remarkable lady, she flew 400 Spitfires & 76 different types of aircraft during WW2. Another giant leaves us to john her heroic friends in Blue Skies. Rest in peace Mary; you truly deserve it. Thank you.
11:27 PM - Jul 25, 2018

The author and historian James Holland said it was “traumatic” to see how fast Ellis’s “amazing generation” of pilots was slipping away.

James Holland
✔
@James1940
First Tom Neil, then Geoff Wellum and now the wonderful Mary Ellis.  Three flying legends gone, just like that.  It’s really quite traumatic how fast that amazing generation is slipping away.  I feel more than wistful.
8:15 AM - Jul 26, 2018

The youngest Spitfire pilot in the second world war, Geoffrey Wellum, who was 18 when he joined the Royal Air Force in 1939, died last week aged 96.

Ellis was born in the village of Leafield, Oxfordshire, in 1917.

The Royal Flying Corps had an active presence in the county, and Ellis enjoyed flying aircraft for pleasure up until the war began in 1939, and all civilian flying was banned in Britain.

After coming to terms with the possibility of being unable to fly again for a long period, two years into the war, Ellis heard the ATA’s appeal for female pilots.

Women were allowed to fly military trainer and communications aircraft from 1940. A total of 168 women served in the ATA during the war; 15 died in the line of duty. 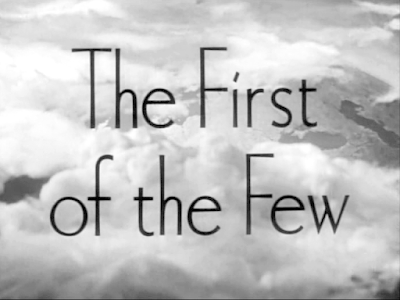 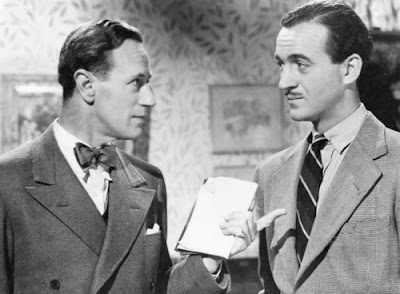 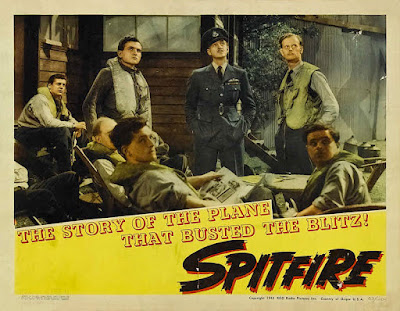 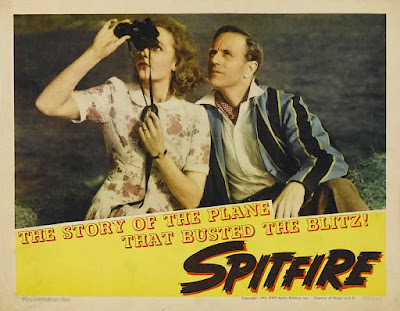 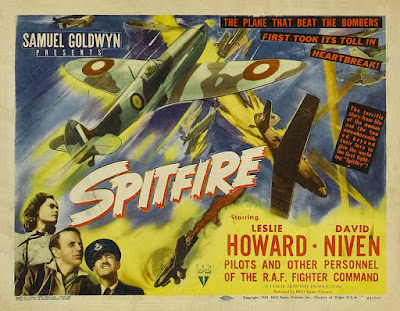 The First of the Few (US title Spitfire) is a 1942 British black-and-white biographical film produced and directed by Leslie Howard, who stars as R. J. Mitchell, the designer of the Supermarine Spitfire fighter aircraft. David Niven co-stars as a Royal Air Force officer and test pilot, a composite character that represents the pilots who flew Mitchell's seaplanes and tested the Spitfire. The film depicts Mitchell's strong work ethic in designing the Spitfire and his death. The film's title alludes to Winston Churchill's speech describing Battle of Britain aircrew, subsequently known as the Few: "Never was so much owed by so many to so few".

Leslie Howard's portrayal of Mitchell has a special significance since Howard was killed when the Lisbon-to-London civilian airliner in which he was travelling was shot down by the Luftwaffe on 1 June 1943. His death occurred only days before The First of the Few was released in the United States on 12 June 1943, under the alternate title of Spitfire.

A newsreel sets the scene for summer 1940, showing Nazi advances in Europe with Britain facing invasion and aerial attacks on the island increasing. On 15 September 1940, during the Battle of Britain, RAF Squadron Leader Geoffrey Crisp (David Niven), the station commander of a Spitfire squadron, recounts the story of how his friend, R. J. Mitchell (Leslie Howard) designed the Spitfire fighter. His pilots listen as Crisp begins with the 1922 Schneider Trophy competition, where Mitchell began his most important work, designing high speed aircraft. While watching seagulls with his binoculars, he envisages a new shape for aircraft in the future. Crisp, an ex-First World War pilot seeking work, captivates Mitchell with his enthusiasm and the designer promises to hire him as test pilot should his design ever go into production. Facing opposition from official sources, Mitchell succeeds in creating a series of highly successful seaplane racers, eventually winning the Schneider Trophy outright for Great Britain.

After a visit to Germany in the 1930s and a chance meeting with leading German aircraft designer Willy Messerschmitt, Mitchell resolves to build the fastest and deadliest fighter aircraft. Convincing Henry Royce of Rolls-Royce that a new engine, eventually to become the famous Rolls-Royce Merlin, is needed, Mitchell gets the powerplant he requires. Faced by the devastating news that he has only one year to live and battling against failing health, Mitchell dies as the first prototype Supermarine Spitfire takes to the skies. Crisp ends his account when the squadron is scrambled to counter a German attack: the fight sees the Germans beaten, with the Luftwaffe losing more planes than the British. In the end, Crisp is happy over the victory and looks to the heavens to Mitchell, voicing a thanks to Mitchell for creating the Spitfire.

R. J. Mitchell, subject of the biopic
The First of the Few is a British film produced and directed by Leslie Howard, with Howard taking the starring role of aviation engineer and designer R. J. Mitchell. Leslie Howard bore little resemblance to R. J. Mitchell, however, as Mitchell was a large and athletic man. Howard portrayed Mitchell as upper class and mild-mannered. Mitchell – "the Guv'nor" – was in fact working class and had an explosive temper; apprentices were told to watch the colour of his neck and to run if it turned red. Howard himself was well aware of these deliberate artistic discrepancies, and dealt delicately with the family and Mitchell’s colleagues; Mrs. Mitchell and her son Gordon were on the set during much of the production.[1] When told that the "authorities" had come up with the name "Spitfire", Mitchell is reported to have said "Just the sort of bloody silly name they would think of".

The film's score was composed by William Walton, who later incorporated major cues into a concert work known as Spitfire Prelude and Fugue.

Because The First of the Few was made during the Second World War and dealt with subjects related to the conflict, it was, in effect, propaganda. Because of its value as propaganda, the RAF contributed Spitfire fighters for the production. U.S. producer Samuel Goldwyn allowed Niven to appear in exchange for U.S. rights to the film, which was distributed by RKO Pictures. After seeing the prints, Goldwyn was furious that Niven was cast in a secondary role and personally edited out 40 minutes before reissuing the film as Spitfire.