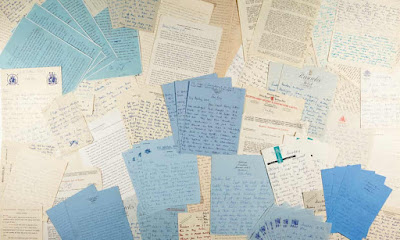 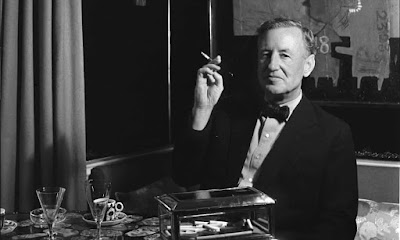 'Extraordinary' letters between Ian Fleming and wife to be sold

An extraordinary stash of letters that shine a light on the tangled relationship between the James Bond creator, Ian Fleming, and his wife, Ann, from their intense and secret affair to the bitter end of their marriage, are to appear at auction.

Sotheby’s is selling more than 160 letters between the couple, written over 20 years. Gabriel Heaton, a specialist in books and manuscripts at the auction house, said the letters in their scope and scale provided what “must surely be an unmatchable record of the life of the author as his fortunes changed”.

They also provide insight into the rise of Bond. Heaton said it was no coincidence that Fleming wrote his first Bond novel, Casino Royale, in the year of his marriage.

It was “both as an outlet for his libido and imagination, and also in an attempt to make money for a woman who was used to being unthinkingly rich”.

Ann Fleming, née Charteris, was born into the aristocracy and married wealthy men. Her first husband was Shane O’Neill, the 3rd Baron O’Neill. After his death in military action in 1944, she married the newspaper magnate Esmond Harmsworth, the 2nd Viscount Rothermere.

During both marriages she and Fleming were lovers, an intense relationship that had sado-masochistic elements. “I long for you even if you whip me because I love being hurt by you and kissed afterwards,” Ann once wrote to Fleming.

In 1948 Ann became pregnant with Fleming’s child, a girl who was a month premature and lived only eight hours. The collection includes a number of sad and gentle letters written by Fleming on Gleneagles stationery shortly after he played golf with Rothermere, the cuckolded husband.

In one letter he writes: “I have nothing to say to comfort you. After all this travail and pain it is bitter. I can only send you my arms and my love and all my prayers.”

Fleming had numerous flings and affairs with other women and when the couple finally married in 1952 that was never likely to stop.

Ann once wrote to him: “You mention ‘bad old bachelor days’ – the only person you stopped sleeping with when they ceased was me!”

A letter from Fleming written on British Overseas Airways Corporation stationery reads: “In the present twilight, we are hurting each other to an extent that makes life hardly bearable.”

Heaton said the letters were packed with stories of high society, travel, love of nature and gossip.

“They are quite something, it has been a real treat,” he said. “They are an extraordinary read because Ian Fleming is pretty much incapable of writing a dull sentence.”

Fleming wrote all of the Bond novels at GoldenEye, his house in Jamaica, a place visited by many of Ann’s remarkable circle of friends. The artist Lucian Freud, for example, and the Labour leader Hugh Gaitskell, with whom she had a long affair.

There were also surprising visitors. “Truman Capote has come to stay,” Fleming writes. “Can you imagine a more incongruous playmate for me. On the heels of a telegram he came hustling and twittering along with his tiny face crushed under a Russian Commissars’ uniform hat [...] he had just arrived from Moscow.”

The letters consist of more than 500 typed and handwritten pages, at least three written on endpapers torn from books. Two of the letters from Ann are written on the back of a gin rummy card and a hospital temperature chart.

It was important to keep them together, said Heaton. “They are much more than the sum of their parts, the correspondence as a whole is far more substantial and interesting and revealing and exciting than simply an accumulation of individual letters.” 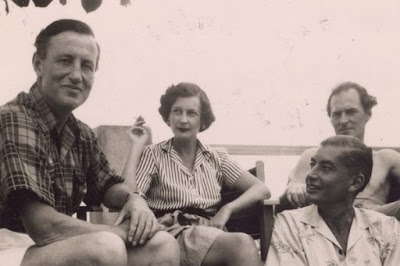 Life
Fleming was born to Frances Lucy Tennant (1887–1925) and Captain Guy Lawrence Charteris (1886–1967) in Westminster, London on 19 June 1913. She was the eldest daughter and her grandfather was Hugo Charteris, 11th Earl of Wemyss. She learnt to value conversation and friendship from her grandmother, Mary Constance Charteris, Countess of Wemyss,[1] who had her own hedonistic past, having been one of The Souls.

She was educated by governesses after an unsuccessful term at Cheltenham Ladies' College. She had a good understanding of literature but her future was to be a debutante and she quickly married Lord O'Neill who was both an aristocrat and a financier in 1932. She had two children before beginning an affair with the influential Esmond Cecil Harmsworth in 1936.

The couple entertained and their social circle included the painter Lucian Freud (who painted her portrait), the choreographer Frederick Ashton and the artist Francis Bacon. Meanwhile, Ian Fleming left the navy and became a journalist with The Sunday Times. He had built Goldeneye on land in Jamaica and he had demanded three-month vacations from his employer to enjoy his holiday home. The two spent three months of every year together in Jamaica; her new husband thought she was in Jamaica to visit Noël Coward.

In 1951 she was divorced by Lord Rothermere, and the following year she married Fleming. They had one child, Caspar. Ann was pregnant with her son when they married; he was born on 12 August 1952. Anxiety over his forthcoming marriage is said to be the reason that Ian Fleming wrote the first James Bond novel, Casino Royale. Ann had a £100,000 divorce settlement and Fleming sought additional sources of revenue to add to his salary from The Sunday Times. The book and its sequels were immediate successes.

The Flemings bought a house in London, where they entertained. They later rebuilt Warneford Place at Sevenhampton, near Swindon, renaming it Sevenhampton Place and moving there in 1963. Her husband was not keen on the socialising, but their houses attracted Evelyn Waugh, Cyril Connolly and Peter Quennell, and she had affairs with Hugh Gaitskell and Roy Jenkins.

Her son Caspar died in London in October 1975 from an overdose of narcotics. Ann Fleming died at Sevenhampton Place on 12 July 1981. Both were buried alongside Ian at the church of St James in Sevenhampton. 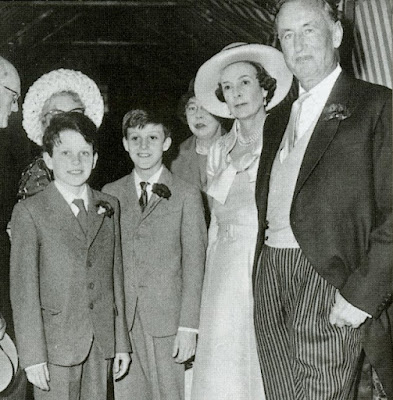 Drugs, guns and the torment of his only son: As James Bond author Ian Fleming's life is dramatized, the TRUE story of his family proves just as fascinating

One of Caspar Fleming’s favourite places in all the world was Shane’s Castle, a ruin steeped in legend on the shores of Lough Neagh in County Antrim.
The castle and its 1,800-acre estate is the family seat of the illustrious O’Neill family; Caspar — the only son of James Bond creator Ian Fleming — was, through his mother, Lord O’Neill’s half-brother. During a visit in September 1975, Caspar would venture out each day, searching for old arrowheads from battles fought long ago.

To the outside world, he seemed in high spirits. Yet, at that point, he had almost certainly made the decision to kill himself. A week later, he returned to his mother’s flat in Chelsea, wrote a short suicide note, took a massive quantity of barbiturates and lay down to die. He passed away on October 2, 1975, aged just 23.

Caspar Fleming was a young man as brilliantly clever as he was tortured and, until now, the full tale of his tragically short life has never been told.

The story of his father Ian’s life is currently the focus of a new four-part TV drama, Fleming. The plot of the Sky Atlantic show follows a familiar path: Fleming’s glamorous life in London; the louche parties at GoldenEye, his Jamaican retreat; his womanising and his predilection for being spanked by his lovers.

But Caspar’s story is not so familiar to Bond aficionados. Ian Fleming’s name is synonymous with 007, but few identify him with an equally famous story, Chitty Chitty Bang Bang, about the car that could fly. That was the tale he wrote especially for his son.

Any suicide is unbearably sad, and Caspar’s left a deep wound within the Fleming family that has never truly healed. Only now can the true story of what drove him to commit such a desperate act be told.