Here’s a brief hit list of the details that we typically see on American-style suits:

It’s well-known negative stereotype that Americans aren’t the best-dressed people in the world. Anyone in any airport in the world can spot the comfort-above-all-else Americans.

American Suit Vs British Suit
If you take a British suit, remove its waist suppression, and lower its armholes, you get an American suit. Further, British suits are almost never made in three-button single-breasted stances, whereas this is relatively commonplace for American suits.

American Suit Vs Italian Suit
Traditional American suits and the ones you’ll find at the likes of Jos.A Bank and other such retailers are, in many ways, the polar opposites of Italian or Continental suits. American suits are known for looseness, lack of shape, and a general sense of being about a size too big.

Italian suits, on the other hand, are known for extreme cleanliness, slimness, and lack of bulk. They can get so slim, in fact, that their wearers can come off, as Flusser has said, “as walking phallic symbols.”

History Of The American Suit: Brooks Brothers, J.Press, & Sack Suits
On the positive stereotype front, America is known for a love of equality. Whether or not it lives up to that ideal is worthy of debate, but as it relates to suits, keeping this in mind makes the sack suit make sense, as it was a suit designed for anyone to wear.

Brooks Brothers’ “No. 1 Sack Suit” was released in 1901. A child of the Industrial Revolution, the Sack suit was the first-ever mass-produced tailored garment for men.

Mass-produced garments, to be economically viable to the companies making them, need to fit what we call the “largest common denominator.” In terms of suits, this translates to a boxy fit with large armholes (a small man can fit into large armholes, but a large man can’t fit into small ones). The ability to walk into a retail store and buy tailored clothing that was ready to wear was unheard of at the time. 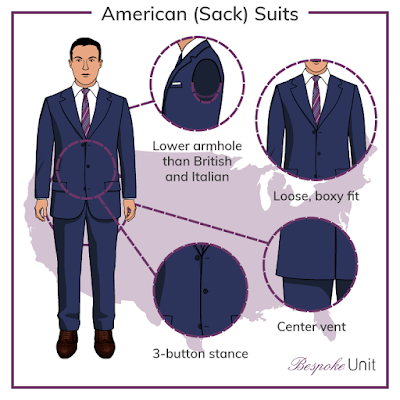 It wasn’t until the 1920’s when Brooks’ invention became popular. Ivy Leaguers (students at elite Northeastern American universities such as Harvard or Yale) were the ones to fall in love with the suit and popularize it, wearing it with penny loafers.

Interestingly, the sack suit was considered fine for college kids at the time, but inappropriate for grown men. As college kids became adults, they were expected to dress with more sophistication. Baggy clothing has typically been the purview of the young, especially those of us who grew up in the sartorially dreadful 1990’s. That college kids seventy years prior were wearing baggy versions of their parents’ clothes serves as proof that the more things change, the more they stay the same.

After the Second World War, the sack suit’s popularity amongst middle-aged adults soared. In large part we can attribute this phenomenon to a common desire of postwar American men to blend into the background, desiring peace and quiet after years of violence and war. A suit that retained the wearer’s anonymity through shapelessness was the perfect uniform for that.

The Sack suit became the silhouette of choice for American men in the 1950’s. Though Brooks Brothers barely makes them anymore, J.Press, the last bastion of American sartorial conservatism, makes nearly all of their tailored clothing in this silhouette. 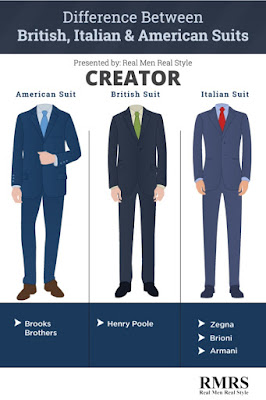 In the 1920s, the target group encompassed a wide target group made of the dominant and wealthy business class. Companies, like Brooks Brothers for example – who are considered among the pioneers of the American suit, had to start reinventing the suit in order to make it suitable for mass production. And we see these elements loud and clear just by having a quick attentive look at the American suit.

The American Suit: The Jacket

The American jacket also goes by the name of “the sack”. Now, common practice associates the name to the look of the jacket itself. Which may or may not be the case, depending on whether you had to jacket custom fitted or just picked it off the rack.

“The sack” actually comes from the French “sacque”, which is a particular construction technique for coats and jackets. The jacket, in fact, is made out of only two straight fabric panels. A technique that would be perfect for large scale production of clothes.

The jacket also comes with almost no padding and a straight silhouette. It is usually single breasted, with two or three buttons. The canvas features no darts, which – in case you’re not familiar – are folds in the canvas layer that give it a more voluminous look.

It also has a single vent in the back, low armholes and flap pockets. The sleeves wear with a loose fit and feature three buttons only. 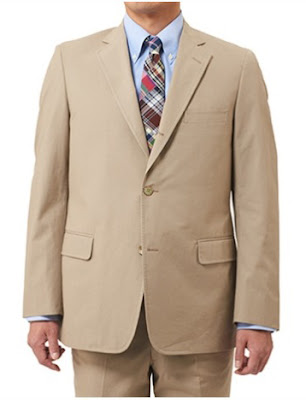 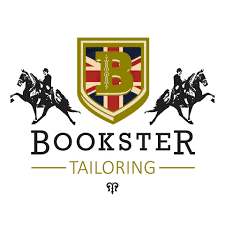 Bookster Tailoring
Was established from a background of a deep passion and interest in historic fine quality, in the main British clothing. But not exclusively. Classic and rare American leather jackets, Pioneer wear and US styles from the early part of the last century but with a particular focus and interest from the 20’s to the 60’s. We acquired and traded in some incredible pieces over the years.
Always knowing that genuine Vintage clothing was a finite resource, and most often found in quite small sizes led us to make our own and here we are. Being a relatively small but well established Tailoring House means we have the flexibility to indulge our long loved interests. We make quality rather than quantity. One offs for our loyal band of customers that is still growing.
As it is some of our existing models cross over nicely into Ivy Style, the most obvious being our made to order top notch Boating Blazers from a vast choice of colours and patterns. But our other separates such as Trousers and our Sack Suit or Jacket etc can be tweaked with a large range of detail options, again from a huge choice of cloths and fabrics.
We are ready and waiting to welcome new prospective customers to create one of a kind garments including Sack Suits, Overcoats, Trousers, Blazers ad Jackets in as good or better quality as the 50’s and 60’s originals.
Below is an example of our Sack Suit in English Cavalry Twill, inc. a snapshot of the happy US customer who has a penchant for iconic cloths from here in the UK, a  great collaboration. 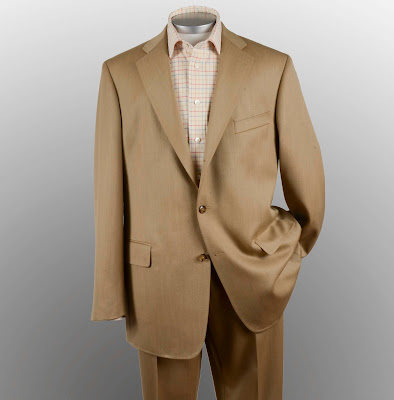 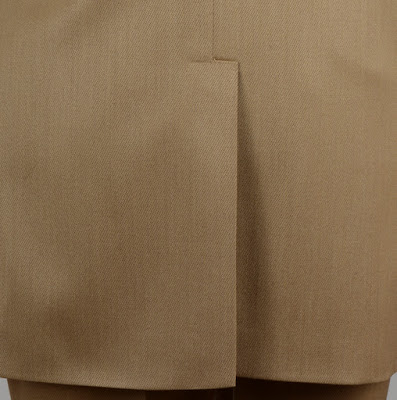 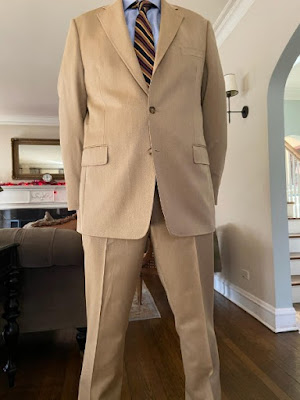 As a native New Yorker, a preppy and an Ivy League grad ( and "Oxfordian" ) who worked in a Boston law firm and Wall Street investment ( Merchant) bank, I grew up in a family wearing BB, J Press, Triplers, etc. Both suits and the ubiquitous blue BB blazer from first year of school through private ( public) "prep" school. However, My GGF, GF, F and Uncles wore bespoke suits as well as the sacks, although I recall only during work days, the reason being comfort. Twelve plus hours at a desk ( especially when gentlemen did not remove jackets in the office) in a "properly" fitted suit may have lead to its popularity. The comment regarding off- the - rack, RTW sack suits is also relevant. I recall being fitted in BB as a teen which likely took less than 5 minutes. Sleeve, trouser length, perhaps a tuck in the waist, but still baggy. BB was notorious for trousers being shortened to about a half inch above the shoe so that the cuffs( turn ups) would swing while one walked! I had to complain to the "tailor" every time as I watched his chalk marks. You are correct that ( likely in the 60s) the waists were too low so that a belly - however slight-was usually prominent over a low-slung belt. The Sack suit was perfect for big athletic guys and the obese. The 60s brought in the narrow- lapel slim suit to the RTW market ( JFK is an ex., except his were bespoke) But on needed to be slim. things have changed here- Many men just don't wear suits if not "required" which results in horrid clothing. Joseph M Banks? Chinese trash

Errata: Joseph " M ' Banks should be Joseph "A", I believe my memory bank sourced "Rosey M Banks " from Mr Wodehouse?

Thanks Lexington Whitney for your reactions. JEEVES