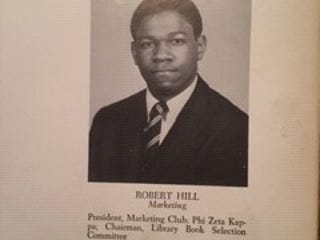 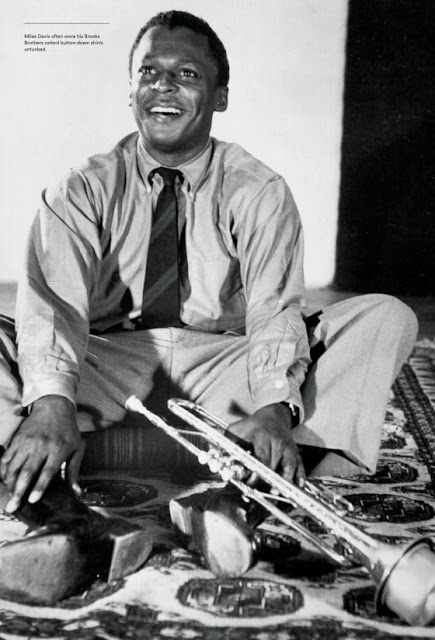 Brooks Brothers is departing this life. The imposing 10-story limestone and brick edifice at 346 Madison Ave. in Manhattan was not the original home of the store. Yet, for 105 years, the northwest corner of 44th St. and Madison Ave has been headquarters to the haberdasher that defined, since 1818, the American classic style in menswear for the upper class, the professional class and — in the last third of the 20th century — their upstart urban cool wannabes.

Brooks Brothers largely created the Ivy League look, but it was popular on more than just college campuses. In the days of mid-century New York, city street kids like me threw away their blue suede shoes in favor of penny loafers and wing tips and kidnapped the Ivy Jivey image — as the Harlemites nick-named it — making it their own.

By the time of my sophomore year in high school, I was one of those African American kids who affected the Ivy Jivey persona. But, that wasn't enough — I wanted to sell it. Upon graduation, I could join Brooks’ executive training program and by the time I was 21 become the first Black buyer of something — anything — at Brooks.

It did not end up happening that way, but I did make it through the employment door at Brooks. Things did not end well for me at pre-Black Lives Matter Brooks Brothers. Now, the clothier is bankrupt, but I’m not.

Moving on up to the top floor
My jobs at K&M Delicatessen on East 96 St. and the Swift Messenger Service at 10 West 46 St. enabled me to present myself daily in both casual and dressy Ivy Jivey tradition as a senior at the predominately-African American High School of Commerce (today the site of the Juilliard School of Music) in 1965.

And the Distributive Education Club of America — a fancy name for the retailing club — enabled me to present myself to personnel directors from top Manhattan retailers. Seniors in the club had varying interests in college. But we all wanted to be big shots at major department and specialty stores.

Who decided our racial identity? What a shopping mall taught me and my friends about Latinos, race and segregation

Club members (all of us African Americans) invited store executives to a reception we hosted at the school in honor of ourselves. They came, Caucasians all. Only Brooks Brothers interested me, and I was the recent second place winner of the high school New York sales competition. Before the party ended, I had an offer from Brooks. Of course, I accepted. The Borough of Manhattan Community College (BMCC) of the City University of New York had other ideas, however.

BMCC, the only public junior college in Manhattan, had recently opened; it offered an expense-free full time/day program for economically and educationally disadvantaged New York youngsters, to which I was admitted. The catch: Students could not work during their first school quarter.

Family handout
BMCC advocated for Brooks to hold my job for me. It did. In the fall of 1965 I started in the vast 10th floor men’s furnishings stock room, working with a group of about six other full time and part time racially diverse male clerks, including a grouchy supervisor and three teen college students. My job consisted of shooting cashmere sweaters — or whatever was required — through pneumatic tubes to fill orders.

The beginning of our end
It was magical. Here was the high temple of the iconic gray flannel three-button suit, button down collar shirt, Chesterfield top coat, the “bull and bear” or diagonally striped BB No. 1 Rep tie and, underneath it all, buttoned boxer shorts that tied in the back. Though a lowly entry-level peon, I was on top of it all, literally, in that stock room on the top floor.

But for us employees, there was an added benefit: the semi-annual "Taken Out of Stock" sale for Brooks staff only.

After the inventory counts were complete, merchandise not destined to be sold to the public was taken to the roof where we workers were turned loose to buy. We could snag an all-wool three-piece suit worth hundreds of dollars at the price of just $5.00.

How to not let your anti-racist passion: Advice from your one Black friend

Within a year, I was moved up by moving down to the suits stock room on floor five, home of the fabled Brooks Brothers suits. We stacked the jackets on beautiful hardwood tables inside out, revealing the exquisite workmanship. I was in the store the day Prince Phillip visited in 1966, but I did not see him pronounce our stacks untidy.

In 1967 I graduated with an associate degree in applied science in business and won a scholarship to the Stern School of Business at New York University. A white college student, a work friend of mine from the 10th floor stock room, was awarded a similar credential. We both got promoted to junior executives in buying offices with pay raises, and we were still permitted to go to school full time to complete our bachelor’s degrees.

We were ecstatic. Then I learned he earned $85 a week.

That was the beginning of the end of my relationship with Brooks Brothers. The personnel director I had hosted at that school reception two years earlier explained the other assistant was at Brooks before me. But he only arrived a few weeks before me. Furthermore, I pointed out that prior to the raises, we made the same hourly rate. Brooks did not budge. At the time, I knew nothing of the newly enacted laws against workplace discrimination based on race.

Around that time, my counselor back at BMCC informed me that United Airlines was recruiting at the college. Thus, I can fairly claim first Brooks Brothers, then the world. Immediately, I quit the clothier for the friendly skies. On a vacation from United, I worked my way around the world in 30 days, and I never worked in an Ivy Jivey store — or any other store — again.