THE RETURN OF THE OVERALLS 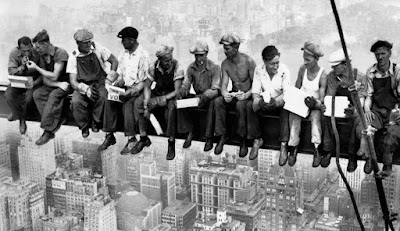 Overalls, also called bib-and-brace overalls or dungarees, are a type of garment usually used as protective clothing when working. The garments are commonly referred to as a "pair of overalls" by analogy with "pair of trousers".

Overalls were originally made of denim, but they can also be made of corduroy or chino cloth. Overalls were invented in the 1890s by Levi Strauss and Jacob W. Davis at Levi Strauss & Co., but they went through an evolution to reach their modern form. Initially only used for protective clothing in work settings, they have become a garment of high fashion as "potential cult items".

The first evidence of overalls being mass-produced are those made by Levi Strauss and Jacob Davis in the 1890s. The first "jeans" they invented were actually overalls ("waist overalls" or "waist-high overalls"), consisting of suspenders attached to denim pants with buttons but with no top part with a bib. From the beginning, denim overalls were popular workers' garments due to their durability. In fact, Levi, Strauss & Co.'s slogan in the 1880s-1890s was "Never Rip, Never Tear".

In 1911, Harry David Lee made the first bib overalls, made of pants with pockets with a bib and straps over the shoulders. 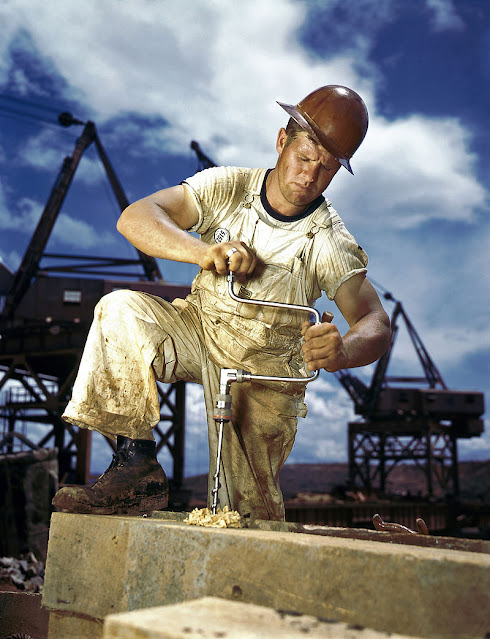 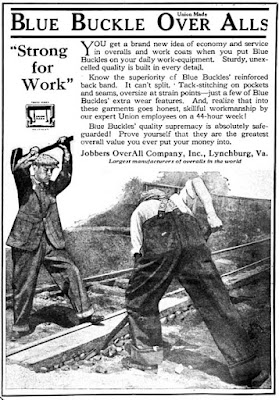 The Overalls Movement of 1920

In 1920, groups of "Overalls Clubs" formed around the United States. They took overalls as their symbol to protest the rising cost of clothing, and profiteering in the garment industry.

In the 1930s, the poorest segments of the American population wore overalls: farmers, miners, loggers, and railroad workers. They were most commonly worn by men and boys in the Southern and Midwestern United States. They can be seen in many of Walker Evans's photographs.

Bib overalls (in different colors and textiles) have become popular garments among American youth, from the 1960s onward. 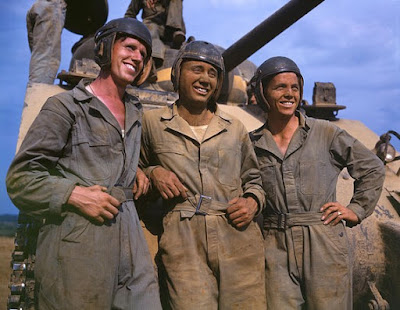 Lee's and Levi, Strauss & Co. were not the only companies making overalls in the late 19th and 20th centuries.

One of the oldest brands of overalls, OshKosh B'gosh, founded in 1895 in Wisconsin, specialized in hickory-stripe (blue-and-white stripe) bib overalls. The company produced bib overalls for children in the late 1960s.

Larned, Carter & Co., from Detroit, called themselves the "World's Greatest Overall Makers". They marketed their products as uniforms for railroad workers.

One of the biggest overall manufacturers was Blue Bell, which began in North Carolina in 1904. It was popular among railroad workers.

Salopettes for a motorcycle rider

Shortalls (a contraction of the words "short" and "overalls") are overalls adapted so the part of the garment below the waist is shorts.

Salopettes is the French word for bib-and-brace overalls. The word is used in English for a similar garment to overalls worn for sailing, skiing, diving, and other heavy-duty activities. They are made of wind-and-waterproof trousers, traditionally with a high waist reaching to the chest and held up by adjustable shoulder braces.

Historically, military "overalls" were loose garments worn in the 18th and early 19th centuries over soldiers' breeches and gaiters when on active service or in barracks. After 1823, the term was replaced by that of "trousers" in British Army documents, but it survives to the present day in reference to the tight-fitting garments strapped under the instep, worn as part of the mess dress and full dress uniforms of cavalry regiments.

A Brief History of Overalls and the Origins of Blue Jeans

The term for this clothing is always the plural term overalls, as in "a pair of overalls" and is never the singular "overall." Overalls were introduced about 1750 as a protective article of clothing intended to prevent work related wear and tear to breeches and stockings, which were the standard clothing items required by fashion at the time. The "trowsers" of the day were very loose, reached only to the upper calf, and were basically only worn by "sailormen."

Overalls evolved from thigh-high gaiters known as "spatterdashes" or "kneecaps"; side-buttoning canvas or leather gaiters that covered almost all of the shoe in addition to most of the leg, that came into use about 1650. A buckled garter strap was fastened about three inches above the knee to prevent slippage. Spatterdashes were made both with and without straps which buckled or buttoned under the shoe sole. The lower part of the gaiter covered the shoe top and hopefully kept out water and mud, while the upper portion protected the stockings and breeches. In the case of riders, the side buttoning feature allowed them to be put on over the riding boots. To keep the tight, second skin look demanded by fashion of the time, kneecaps were closed up and down the outside by many, usually bright, buttons. The placement of the buttons could then be adjusted to maximize tightness. In those days, it was more important to look good, than to feel good. Spatterdashes were used by cavalry, foot soldiers and civilians alike when working outside or campaigning. Canvas spatterdashes with full canvas feet and a leather sole were called "mud boots."

By 1750, tight spatterdashes became part of the dress uniform for some regiments, even though originally they had been only a protective cover for the stockings and breeches of the dress uniform while on the march. About the same time, civilians got the idea to extend the spatterdashes all the way up to the waist (that's about an inch above your navel), adding a seat, crotch, and fall front, so the leggings were transformed into something like what we might call trousers today. The new garment was an overall covering for the shoetops, stockings, breeches, and even the bottom of the waistcoat, if desired; all clothing from the waist down was protected. Thus a pair of spatterdash leggings had been transformed into the first pair of overalls. This transformation first took place either in England or in her thirteen colonies, and was strictly for civilian work wear.

The first use of overalls as part of a military uniform was probably by the Americans. In fact, the earliest written reference to "overalls" in the English language dates to 1776 in the uniform regulations of various American militia units organized to fight in the American Revolution. Overalls were also used by loyalist units, as well as by patriots. As with the gaiters they replaced, military overalls of the Revolutionary War were very tight in the leg, and while some styles retained the full buttoned sides, most relegated the buttons to the distance from mid-calf to the hem. The gaiter style foot covering was retained, as the first military overalls were intended for infantry soldiers. Early regulations and military records show that overalls were stricitly a protective layer of clothing for the breeches and stockings for the first couple of years of war. However, the 1778 uniform regulations for the Continental regulars specifically state that overalls, made of linen for summer and wool for winter, will be issued as a replacement for breeches. This is the first purposely non-protective use of overalls in place of breeches as a regular piece of clothing.

Canvas and osnaburg overalls for cavalry were soon introduced which omitted the gaiter style foot covers. Since cavalry overalls were intended to be worn over the rider's breeches and boots, and tightly so, many cavalry style overalls retained the fully buttoned sides of the spatterdashes and some were reinforced with leather in the seat, inside the leg, and often at the ankle. The French soldier term for cavalry overalls was "pantalons á cheval" literally "horse pantaloons." Previously, "pantaloons" was a term used for tights (from the tight wearing stock-character "Pantalon" in Italian "Commedia dell'Arte"). As with the infantry overalls, people soon took to wearing skin-tight horse overalls as garments in their own right and not just as protective wear. Although nothing like tights, overalls worn in this manner were known as pantaloons, with the term most likely picked up from the French. By 1785, civilians in England and America were wearing what started out as protective overalls instead of the breeches and inside the boots they were originally protecting. "Pants" were born. Even traditional sailor's "trowsers" with drawstring waists and calf-length striped bloomer legs had transformed into a white canvas or wool version of the cavalry overall with a narrow-fall front and ankle length leg by the 1790's. Pantaloons evolved from overalls and trowsers evolved into pantaloons so that what was essentially the same garment had three different names by 1800, due to the military tendency to retain outdated clothing terms. What civilians quickly came to call pants (or pantaloons for the classy) continued to be called overalls by the Army (until the 1850's) and trowsers by the Naval Services.

Civilian overalls continued as protective clothing to be worn over less durable breeches or pants. It also became common in hot weather for workers to wear overalls in place of pants or breeches, just as Washington's orders had first stipulated for the Continental Regulars in 1778. With the availiability of cheap cotton in the 1800's, cotton canvas, duck, and denim replaced the linen canvas and osnaburg used in the overalls of the 1700's. Many, many local tailors and bulk manufacturers produced overalls and jumpers for working men all across America. The next development in the history of overalls would be the invention of "Levis" by adding copper rivets to the stress points of cotton duck overalls.