Remembering ... the question of Lord Glenconner will ...

HE created a Caribbean Shangri-La for the rich and famous that became known for its wild midnight bathing parties and attracted stars such as Mick Jagger and David Bowie, as well as the Queen's sister, Princess Margaret.

Now flamboyant Scottish peer Lord Glenconner, who died aged 83 nearly a year ago, has proven to be as controversial in death as in life after it emerged he left his entire multimillion-pound Mustique estate to his manservant Kent Adonai.

The 48-year-old West Indian, who served the peer for decades, was favoured over Lord Glenconner’s whole family who had been cut out the peer’s will seven months before he died.

The news came ahead of a thanksgiving service for Lord Glenconner, one of the country’s most colourful aristocrats today near his Scottish estate.

The celebration of the life of Lord Glenconner at Traquair Church, Peeblesshire, will be attended by scores of his family and friends.

He died almost a year ago in St Lucia after a battle against cancer.

Lord Glenconner’s wife of 54 years, Lady Anne Coke, has spoken of her disappointment at learning that Mr Adonai has inherited Lord Glenconner’s entire estate in the West Indies including his beachside house between the Pitons in St Lucia, all its contents and a valley overlooking the Caribbean.

She was quoted as saying: “Unfortunately, he changed his will seven months before he died and not one member of his family was named in his new will – not me, his wife for more than half a century, or any of his children or grandchildren.”

Mr Adonai was said to have been with the peer when he died, and he was best man at the wedding of Lord Glenconner’s only surviving son, Christopher.

The manservant led tributes at Lord Glenconner’s funeral, at which Bryan Adams sang, when he said: “There are no words that can sum up how much he meant to me, my family and the village. I am now lost. I cannot describe how big the gap is that has been left in my life. He was not only a father to me but to everyone.”

The 5000-acre estate and baronial castle at The Glen, near Innerleithen, Peeblesshire, have been inherited by the peer’s 27-year-old grandson Euan who works in marketing in Edinburgh. The title of Lord Glenconner has been passed to his 17-year-old grandson Cody.

It had been expected that Cody would receive the West Indies estate.

Today’s thanksgiving service will take place at 2.30pm and will be conducted by the Reverend Janice Faris.

It is less than a mile away from the family seat at The Glen which was built in 1852.

Yesterday, Lord Glenconner’s daughter-in-law Tessa Tennant – the widow of his son Henry and mother of Euan who has inherited The Glen – said: “It is a thanksgiving service and is mainly for the people who were unable to go to the West Indies for the funeral. It is an opportunity to remember him and give thanks for his life at the same time. The service is not private but it is a family occasion focussing on his life.”

She confirmed The Glen was not affected by the will contents in St Lucia.

Among the guests will be Lord Glenconner’s recently discovered illegitimate son, Joshua Bowler. Glenconner had five other children, though his two eldest sons died before he did.

Kent, 48, who was also invited, will not be there. Instead, he will be represented by his former common-law wife. 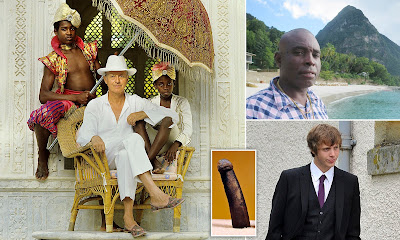 Kent Adonai's had been facing a legal battle with 20-year-old Cody Tennant, who became the fourth Baron Glenconner when his grandfather died

By SHARON CHURCHER and COLIN MAXIMIN

He became the world’s richest  manservant when left a £30 million fortune by his playboy boss who  cut his heir out of his will.

But now Kent Adonai – who was Lord Glenconner’s valet and carer for 30 years – has struck a secret deal to share the windfall with the peer’s grandson.

The 51-year-old had been facing a legal battle with 20-year-old Cody Tennant, who became the fourth Baron Glenconner when the former owner of Princess Margaret’s favourite island retreat died in 2010.

He had expected to inherit the family estate – only to discover his grandfather rewrote his will seven months before his death aged 83.

The Scottish university student was backed in his battle by his family, including Glenconner’s widow, Lady Anne, who was also shocked to learn she had not been left a penny.

Mr Adonai, who cannot read or write, hired a top legal team on  St Lucia, Glenconner’s home after leaving Mustique, where he once hosted Royalty.

However, appearing before a judge last week at the East Caribbean Supreme Court, Mr Adonai’s representatives agreed he will share the property with the new baron.

A court insider told The Mail on Sunday: ‘The lawyers who represent Kent and Cody respectively each handed a sealed brown envelope to the judge. The deal was in them.

'My understanding is that Cody is getting a share in the land that potentially will make him a multi-millionaire.’

Cody’s lawyer Peter Foster – also speaker of the St Lucia Parliament – said: ‘Yes, there was a dispute over the will and now it has been settled amicably.’

He declined to put a value on the property relinquished by Mr Adonai, but added: ‘The way it has been settled is to the mutual satisfaction of all parties.’

Although the grounds of the challenge have not been revealed, one legal expert said it may have involved a clause in which Glenconner directed the servant to ‘apportion’ the fortune ‘to himself and heirs in whatsoever manner he wishes as I have discussed with him’.

‘One might argue that Glenconner expected Kent to look after his heirs, including Cody and Lady Anne,’ the expert added. ‘It also might have been argued he was elderly and not in his right mind.’

Lady Anne has also pointed out that her husband was battling cancer when he died.

Mr Adonai has always maintained that, along with inheriting land worth millions, he was also saddled with Glenconner’s debts which, he claims, left him impoverished. He says this was the reason he sold the peer’s belongings two years ago.

However, at the time of his death, Glenconner was sitting on one of the Caribbean’s most desirable pieces of land and had plans for a resort development that was to include seven villas priced up to £7 million each.

‘Developers are vying for land in the area,’ a Caribbean property specialist said. ‘Cody and Kent each stand to earn millions.’

Mr Adonai’s lawyer did not respond to a request for comment. 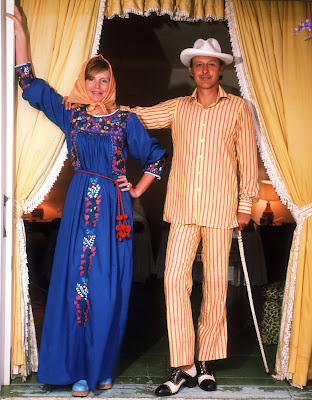