The original Orient Express train will soon return to Europe.

The original Orient Express train will soon return to Europe 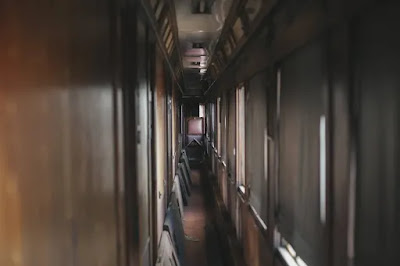 How exactly does one “lose” a train? It might sound difficult, but that is apparently what had happened to the Orient Express – or at least 17 of its original carriages – until the cars were rediscovered in a remote train station in Poland, near the Belarusian border. Now, the carriages are undergoing restoration in France and will be redeployed in time for the 2024 Olympics in Paris.

In 2015, French historian Arthur Mettetal was working for the national rail service of France, SNCF, when he uncovered a video on YouTube that led him to uncover 17 of the original Nostalgie-Istanbul-Orient-Express carriages dating to the 1920s and 1930s; several years later, the owner of the cars agreed to sell them to the Orient Express brand, and in 2018, they were returned to France. On Tuesday, Accor, the company which owns the brand, announced that the 12 sleeping cars, restaurant car, three lounges and van will all be incorporated into live services between Paris and Istanbul from 2024 onwards, after a thorough renovation.

The vintage carriages reportedly still have many of their original period features, including Lalique glass panelling, marquetry by Morrison and Nelson, and art deco detailing. Speaking to Travel + Leisure magazine, the vice-president of the Orient Express Guillaume de Saint Lager explained how restoration work had been ongoing for a year, with architect Maxime d’Angeac given the brief to refresh the carriages’ Gilded Age splendour. “​​The brief to the designer was really to find this perfect balance between past, present, and future," he told the magazine. “Some guests will think that [the train] has been built in the 1930s. Others will see that it's a modern interpretation, but we like to play with the notion of time and to really blur the line between past and future.”

The first nine cars are expected to be revealed in December, including six sleeping carriages, a restaurant, a bar, and what they describe as “an experimental salon”, before the final eight cars will be revealed on a staggered basis by 2024. The train will boast three varieties of suite, including a Presidential suite that will take up a whole car. The “salon” car will host performances and events, and will take as its theme a fantastical winter garden – which Saint Lager characterises as a deliberate stylistic break with the rest of the train.