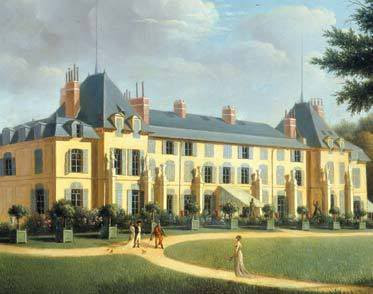 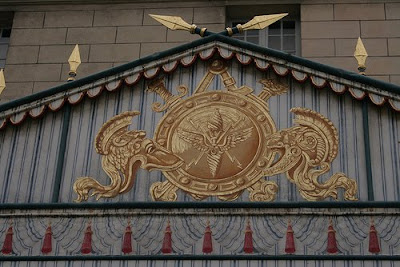 Joséphine de Beauharnais bought the manor house in April 1797 for herself and her husband, General Napoléon Bonaparte, the future Napoléon I of France, at that time away fighting the Egyptian Campaign. Malmaison was a run-down estate, eight miles (13 km) west of central Paris that encompassed nearly 150 acres (0.61 km2) of woods and meadows.
Upon his return, Bonaparte expressed fury at Joséphine for purchasing such an expensive house with the money she had expected him to bring back from the Egyptian campaign. The house, for which she had paid well over 300,000 francs, needed extensive renovations, and she spent a fortune doing so. Malmaison would bring great happiness to the Bonapartes. Joséphine's daughter, Hortense would call it "a delicious spot".
Joséphine endeavored to transform the large estate into "the most beautiful and curious garden in Europe, a model of good cultivation". She actively sought out flora and fauna along with rare and exotic animals from around the world. Joséphine wrote: "I wish that Malmaison may soon become the source of riches for all [of France]"...
In 1800, Joséphine built a heated orangery large enough for 300 pineapple plants. Five years later, she ordered the building of a greenhouse, heated by a dozen coal-burning stoves. From 1803 until her death in 1814, Josephine cultivated nearly 200 new plants in France for the first time.
The property achieved enduring fame for its rose garden. Empress Joséphine had the Belgian artist Pierre-Joseph Redouté (1759 – 1840) record her roses (and lilies), and prints of these works sell quite well, even today. She created an extensive collection of roses, gathering plants from her native Martinique and from other places around the world. She grew some 250 varieties of roses. From the foreword to Jardin de la Malmaison (1803):

You have gathered around you the rarest plants growing on French soil....as we inspect them in the beautiful gardens of Malmaison, an impressive reminder of the conquests of your illustrious husband...

Birds and animals of all sorts began to enrich her garden, where they were allowed to roam free among the grounds. At the height of her days at Malmaison, Joséphine had the company of kangaroos, emus, black swans, zebras, sheep, gazelles, ostriches, chamois, a seal, antelopes and llamas to name a few.Some were from the Baudin expedition.
After her divorce from Napoléon, Joséphine received Malmaison in her own right, along with a pension of 5 million francs a year, and remained there until her death in 1814. Napoléon returned and took residence in the house after his defeat at the Battle of Waterloo (1815), before his exile to the island of Saint Helena.
The Malmaison has been all restored by the french famous architect Pierre Humbert in the early 20th century. 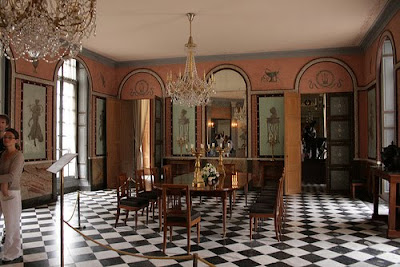 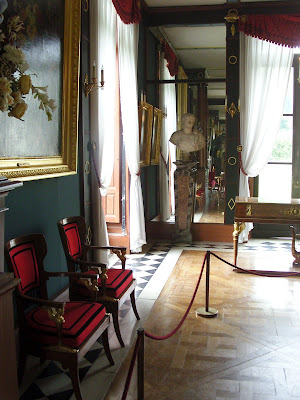 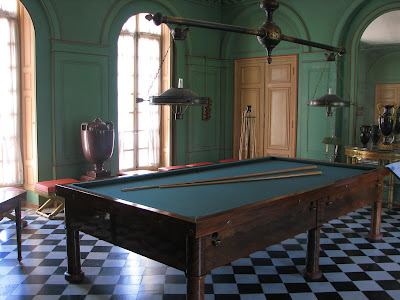 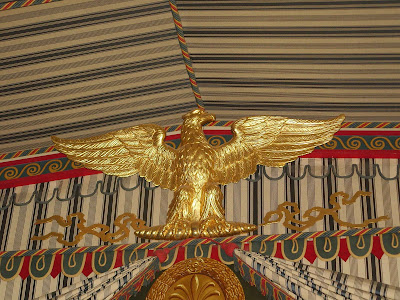 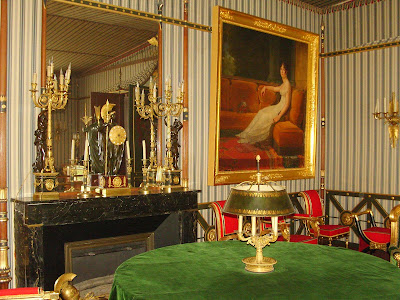 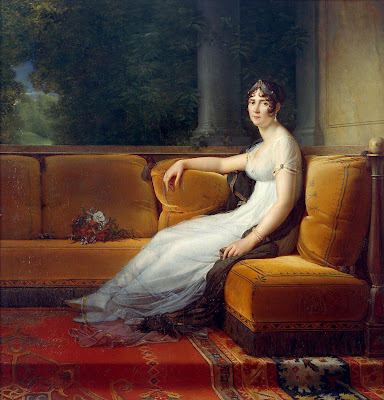 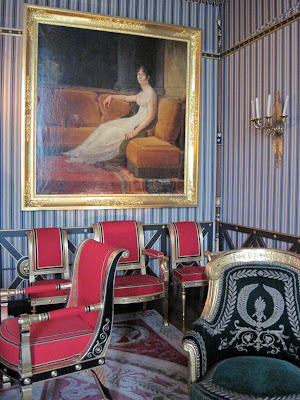 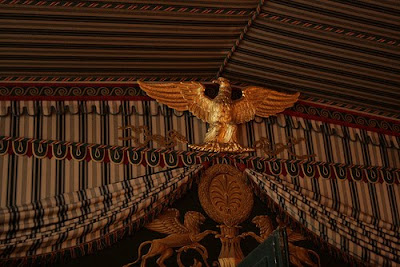 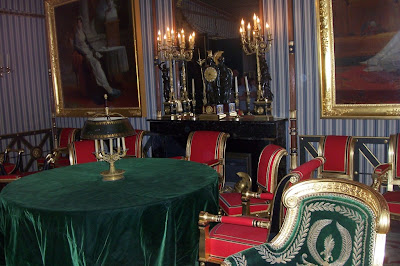 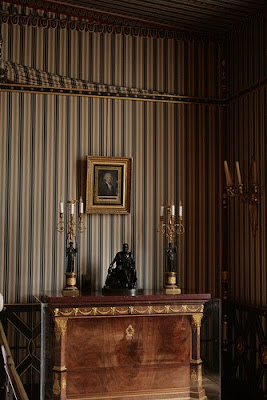 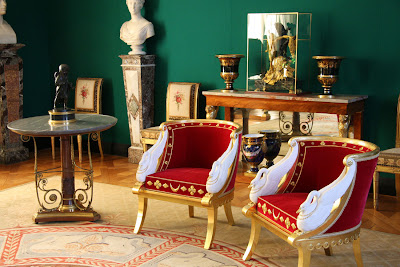 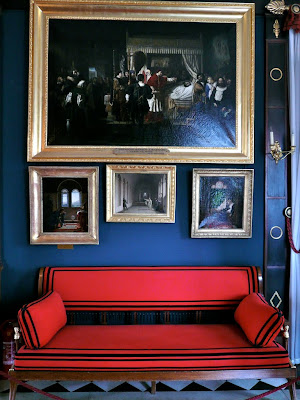 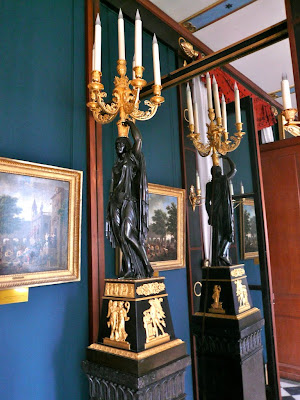 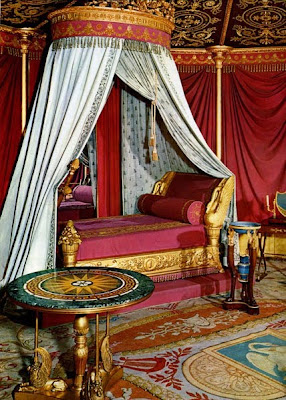 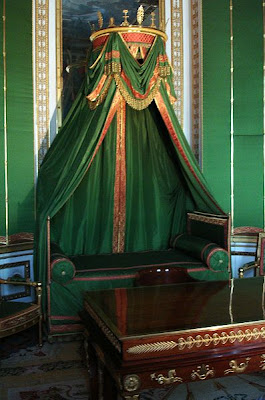 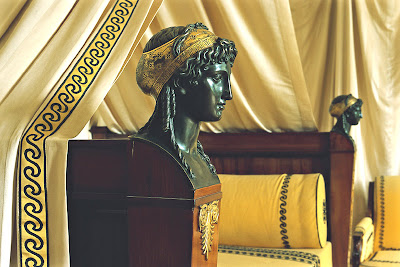 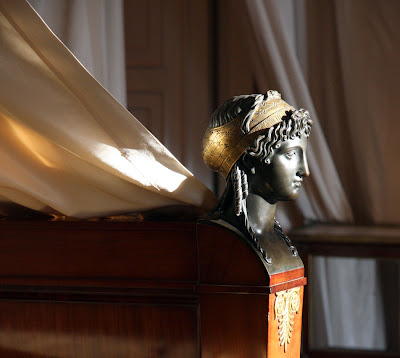 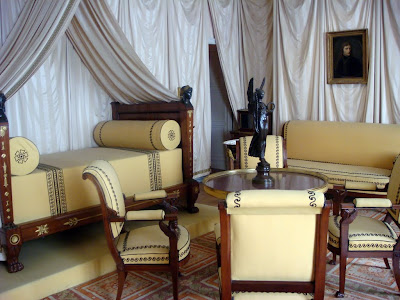 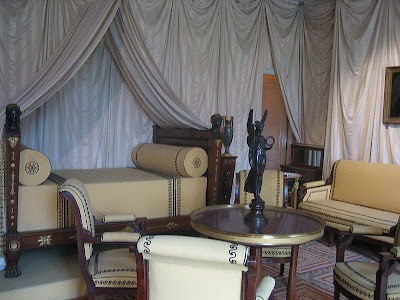 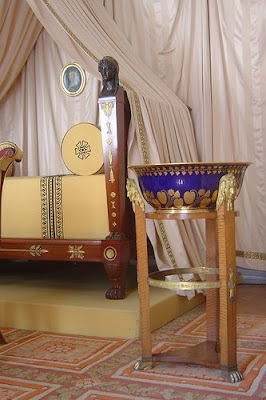 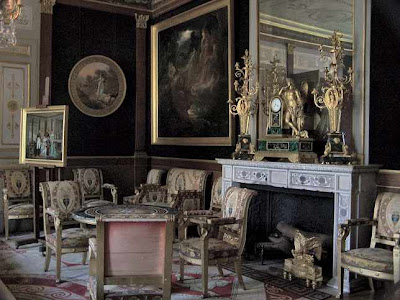 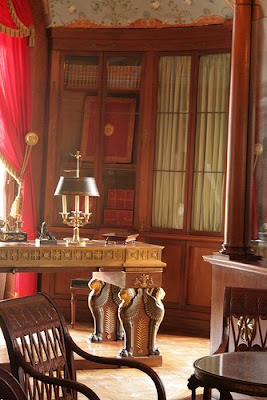 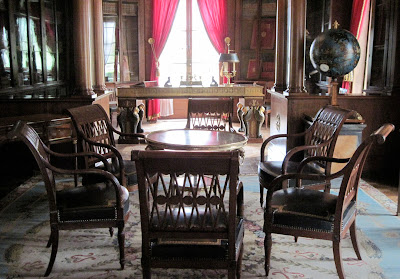 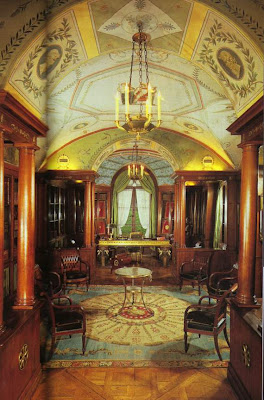 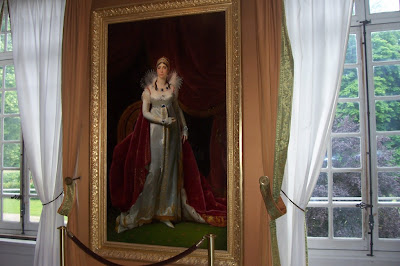 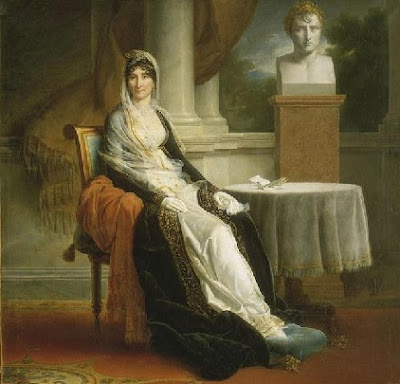