A most painful and inconvenient truth ... Was "Prince Charming" a Nazi sympathizer and a traitor ? 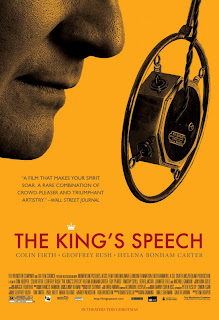 After the release, "The King's speech" script, apart of its effectiveness of focusing on the importance of its main theme, has been criticised for not paying enough attention to the really very serious threats that the character of the Duke of Windsor and his unspeakable "muse", have played in this decisive moment for World History ...( "The Guardian" Monday 31 january 2011 by Chistopher Hitchens and "Express" Saturday 11 July 2009 by Simon Edge )
Even if this aspect can only confirm and accentuate our deepest respect for the courage shown by King George VI and the Queen Mother assuming the personal and historical responsabilities and saving the Monarchy for posterity ... this remains a painful and extremely serious and decisive historical episode ...
Even if recentelly another documentary has been produced by Channel 5 ... instead ... I recomend the 1995 Documentary produced by Channel Four : "Edward VIII The Traitor King" ...and I recomend also a little visit to the neither perfect but interesting approach of "Bertie and Elizabeth"
Yours ... Jeeves 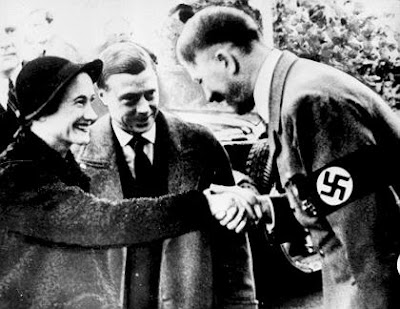 In October 1937, the Duke and Duchess visited Nazi Germany, against the advice of the British government, and met Adolf Hitler at his Obersalzberg retreat. The visit was much publicised by the German media. During the visit the Duke gave full Nazi salutes. The former Austrian ambassador, Count Albert von Mensdorff-Pouilly-Dietrichstein, who was also a second cousin once removed and friend of George V, believed that Edward favoured German fascism as a bulwark against communism, and even that he initially favoured an alliance with Germany. Edward's experience of "the unending scenes of horror" during the First World War led him to support appeasement. Hitler considered Edward to be friendly towards Nazi Germany and thought that Anglo-German relations could have been improved through Edward if it were not for the abdication. Fellow Nazi Albert Speer quoted Hitler directly: "I am certain through him permanent friendly relations could have been achieved. If he had stayed, everything would have been different. His abdication was a severe loss for us."

The Duke and Duchess settled in France. On the outbreak of the Second World War in September 1939, they were brought back to Britain by Lord Mountbatten on board HMS Kelly, and the Duke, although an honorary field marshal, was gazetted a major-general attached to the British Military Mission in France. In February 1940, the German Minister in The Hague, Count Julius von Zech-Burkersroda, claimed that the Duke had leaked the Allied war plans for the defence of Belgium. When Germany invaded the north of France in May 1940, the Windsors fled south, first to Biarritz, then in June to Spain. In July the pair moved to Lisbon, Portugal, where they lived at first in the home of Ricardo de Espírito Santo, a Portuguese banker with both British and German contacts. During the occupation of France, the Duke asked the German forces to place guards at his Paris and Riviera homes: they did so. A "defeatist" interview with the Duke that was widely distributed may have served as the last straw for the British government: Prime Minister Winston Churchill threatened the Duke with a court-martial if he did not return to British soil.[69] In August, a British warship dispatched the pair to the Bahamas, where, in the view of Churchill, the Duke could do the least damage to the British war effort.

The Duke of Windsor was installed as Governor of the Bahamas. He did not enjoy the position, and referred to the islands as "a third-class British colony". The British Foreign Office strenuously objected when the pair planned to tour aboard a yacht belonging to a Swedish magnate, Axel Wenner-Gren, whom American intelligence wrongly believed to be a close friend of Luftwaffe commander Hermann Göring. However, the Duke was praised for his efforts to combat poverty on the islands, although he was as contemptuous of the Bahamians as he was of most non-white peoples of the Empire. He said of Étienne Dupuch, the editor of the Nassau Daily Tribune: "It must be remembered that Dupuch is more than half Negro, and due to the peculiar mentality of this Race, they seem unable to rise to prominence without losing their equilibrium." He was praised, even by Dupuch, for his resolution of civil unrest over low wages in Nassau in 1942, even though he blamed the trouble on communist agitators and draft-dodging Jews. He resigned the post on 16 March 1945.


The Duke in 1945Many historians have suggested that Hitler was prepared to reinstate Edward as King in the hope of establishing a fascist Britain. It is widely believed that the Duke and Duchess sympathised with fascism before and during the Second World War, and were moved to the Bahamas to minimise their opportunities to act on those feelings. In 1940 he said: "In the past 10 years Germany has totally reorganised the order of its society ... Countries which were unwilling to accept such a reorganisation of society and its concomitant sacrifices should direct their policies accordingly." Lord Caldecote wrote to Winston Churchill just before the couple were sent to the Bahamas, "[the Duke] is well-known to be pro-Nazi and he may become a centre of intrigue." The latter, but not the former, part of this assessment is corroborated by German operations designed to use the Duke. The Allies became sufficiently disturbed by the German plots that U.S. President Franklin D. Roosevelt ordered covert surveillance of the Duke and Duchess when they visited Palm Beach, Florida, in April 1941. Duke Carl Alexander of Württemberg (then a monk in an American monastery) had convinced the Federal Bureau of Investigation that the Duchess had been sleeping with the German ambassador in London, Joachim von Ribbentrop, had remained in constant contact with him, and had continued to leak secrets.

Some authors have claimed that Anthony Blunt, an MI5 agent, acting on orders from the British Royal Family, made a successful secret trip to Schloss Friedrichshof in Germany towards the end of the war in order to retrieve sensitive letters between the Duke of Windsor and Adolf Hitler and other leading Nazis. What is certain is that George VI sent the Royal Librarian, Owen Morshead, accompanied by Blunt, then working part-time in the Royal Library as well as for British intelligence, to Friedrichshof in March 1945 to secure papers relating to the German Empress Victoria, a daughter of Queen Victoria. Part of the castle's archive, including surviving letters between daughter and mother, as well as other valuables were stolen by looters, some of which were only later recovered in Chicago after the war. The papers rescued by Morshead and Blunt, and those returned by the American authorities from Chicago, were deposited in the Royal Archives.

After the war, the Duke admitted in his memoirs that he admired the Germans, but he denied being pro-Nazi. Of Hitler he wrote: "[the] Führer struck me as a somewhat ridiculous figure, with his theatrical posturings and his bombastic pretensions." However, during the 1960s he said privately to a friend, Patrick Balfour, 3rd Baron Kinross, "I never thought Hitler was such a bad chap." 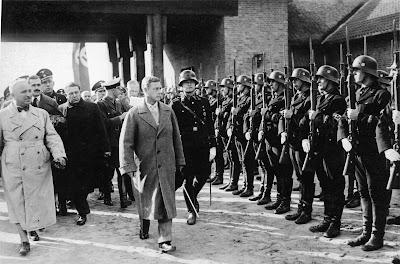 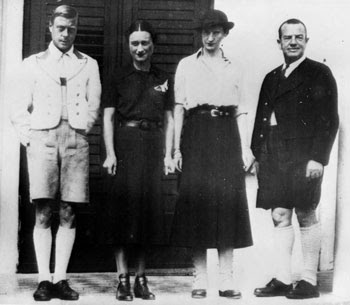