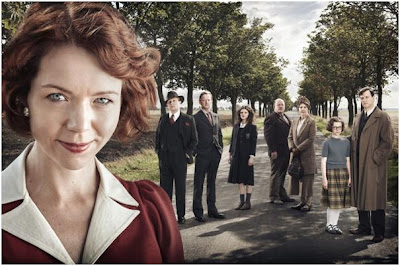 Anna Maxwell Martin and David Morrissey lead the cast in South Riding, Andrew Davies's new three-part adaptation for BBC One of the novel by Winifred Holtby.

Producer Lisa Osborne says: "South Riding is a sweeping, panoramic story about an entire community living on the edge of England in the 1930s, beset by economic crisis, doing what they can to make the world a better place.

"It's deeply attractive from a producer's point of view for the chance to bring to the screen a little-known novel, set in a rarely seen English landscape, with a great cast of rich and real characters, and with universal themes that make it as accessible to a contemporary audience as it was when it was written.

"From Sarah Burton (Anna Maxwell Martin), the crusading head teacher who arrives in Yorkshire with a mission to reform; Lydia (Charlie May-Clark), the slum child with a passion to learn; Carne (David Morrissey), the doomed hero damned and bankrupt for love; Mrs Beddows (Penelope Wilton), hopelessly in love with a man 20 years younger; Huggins (John Henshaw), the corrupted innocent; Snaith (Peter Firth), slipping and sliding like a snake in the grass, there are characters for us to root for or hiss at all levels of South Riding society.

"And although Sarah the 1930s career woman may think she is done with love, it is perfectly clear from the moment she meets gentleman farmer Robert Carne that love is not yet done with her, and she is shocked to find that she is losing her heart to the man least likely in the whole of the South Riding to have won it.

"Andrew Davies has brought his usual mastery to the task, ripping from an epic novel a muscular story that subverts expectations.

"This adaptation honours Winifred Holtby's messy, compassionate, humane storytelling, with no easy answers to the question, How shall we live? but with a deeply satisfying willingness to grapple with the question." 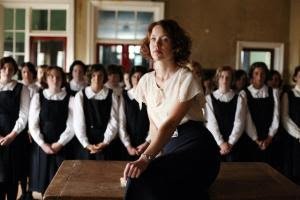