The Best Dressed Man In The Room By Daniele Delerme Flores 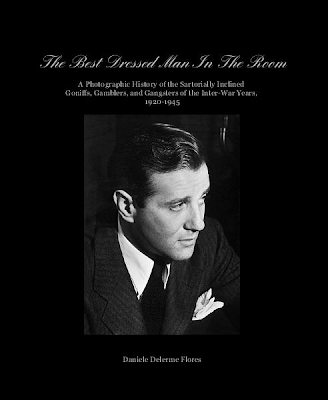 The Best Dressed Man In The Room
A Photographic History of the Sartorially Inclined Goniffs, Gamblers, and Gangsters of the Inter-War Years, 1920-1945
By Daniele Delerme Flores

“Look at him. . . He’s the best dressed man in the room. . . When you meet men like Strauss, draw quickly and shoot accurately . . . Don't be afraid to muss 'em up. Make it disagreeable for them. Drive them out of the city. Teach them to fear arrest. Make them fear you. . . . Don't be afraid to manhandle them … Mark 'em up and muss 'em up. Blood should be smeared all over that velvet collar."
So spoke New York City Police Commissioner Lewis Valentine to a roomful of detectives on the morning of November 26, 1934, after Harry Strauss arrived at Police Headquarters in his chesterfield overcoat for questioning in connection with yet another unsolved murder. Although an artist with an ice-pick and one of Murder Incorporated’s most prolific triggermen, it was on account of Strauss’ sartorial achievements that the boys called him “The Beau Brummell of Brownsville.”
Strauss is just one of the infamous characters to be found in The Best Dressed Man In The Room, a photographic history of the sartorially inclined goniffs, gamblers, and gangsters of the inter-war years. The photographs have been compiled from a variety of sources, including private collections and newspaper archives. The photographic collections, organized by criminal organization, are accompanied by essays based on research drawn from primary and secondary sources, and trial transcripts.
With Ralph Lauren recently patterning his 2011 RRL lookbook after a collection of 1920s Australian mugshots and HBO’s Boardwalk Empire relying on 1920s tailoring books from FIT’s research libraries to enhance its costume design, the time is right for a closer look at the sophisticated style of the criminal elite of the Roaring Twenties.
This standard edition features a black linen hardcover with dustjacket and standard paper. 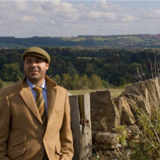 About the Author
Daniele D. Flores
New York, New York, USA
An attorney practicing in New York City, Daniele Delerme Flores is also the curator of the men's style blog An Uptown Dandy. In addition to The Best Dressed Man In The Room, Daniele has also written for print and …
A lifelong New Yorker, Dan currently resides in Maplewood, New Jersey with his wife and three children.