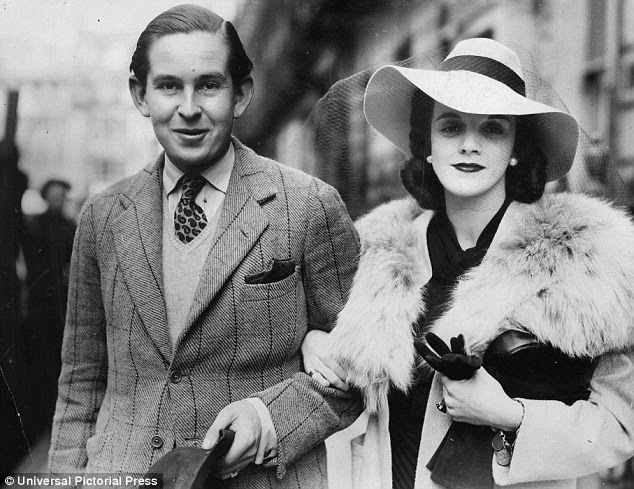 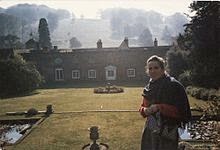 Julia Maria Cristina Mildred Camoys Stonor (born 19 April 1939) is the eldest daughter of Sherman Stonor, 6th Baron Camoys by his wife Jeanne Stourton. She is best known for her books about her family, exposing long-suppressed family scandals and her claims to be the rightful heir to the Camoys barony.

Legally, Jeanne Stourton's maternal grandfather, was the paternal grandson of Charles Stourton, 19th Baron Stourton. Jeanne Stourton's great-uncle the 20th Lord Stourton succeeded as 20th Baron Stourton in 1872, and as 23rd Baron Mowbray & 24th Baron Segrave in 1878 when those baronies (last held by Edward Howard, 9th Duke of Norfolk) were called out of abeyance 101 years after his death in 1777.

Stonor is the author of 's Wife: A Wartime Childhood Among the English Aristocracy, a rather scandalous memoir of her controversial mother Jeanne, Lady Camoys. She is currently at work on the second part of her memoirs, 's Daughter. In the first book, she described her half-Spanish half-English mother, who was fathered by a Spanish aristocrat, and whose lover died in the Spanish Civil War on Franco's side. Stonor alleged in the book that her mother was an ardent Nazi sympathizer, and had been the lover of several men including Joachim von Ribbentrop and her own father-in-law. More controversially, she argued that her mother Jeanne had murdered her husband Lord Camoys (who died in 1976) and that Lady Camoys had been murdered by her younger son Honourable Robert Camoys (died 1994).

In later years, Stonor has claimed that she is the only legitimate child of her parents; her mother's other four children, including the present Lord Camoys, being illegitimate and biologically unrelated to Sherman Stonor. Thus, she has argued that she is the rightful heir to the Camoys barony.

She is an active supporter of several charities, including Exiled Writers Ink!, and has worked as a freelance writer, author, human rights activist, volunteer, and charity-supporter. 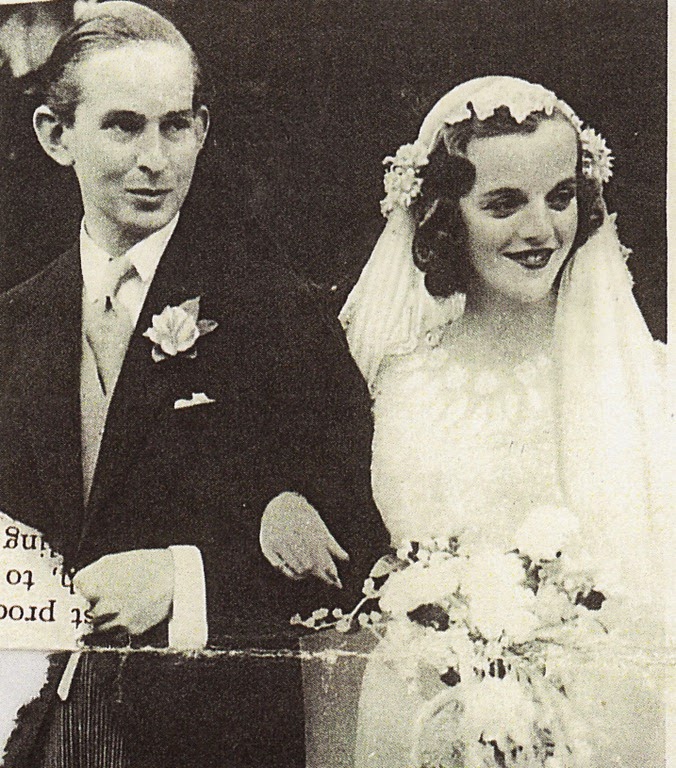 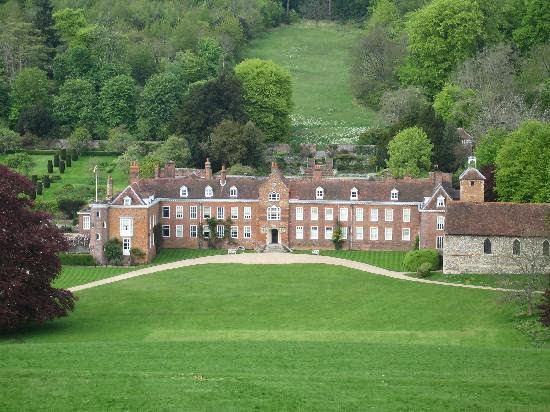 Heil Hitler!’ shouted Mummy as she pushed Daddy down the stairs at , our ancestral home in Oxfordshire.
Standing terrified in the hallway below, I watched as my father, the Honourable Sherman Stonor, heir to the 5th Baron Camoys and a descendant of Sir Thomas de Camoys, Henry V’s standard-bearer at the Battle of Agincourt, picked himself up off the floor and dusted down his khaki army uniform.
My mother stared at him, her scarlet finger nails glittering and a lit cigarette clinging perilously to her clenched lips.
‘You’re totally useless and the sooner I’m rid of you the better,’ she yelled. ‘Get the hell out of here.’
At that, my father made his way out of the tradesmen’s entrance and back to the dangers of World War II, leaving behind the perpetual battlefield that was life with my mother Jeanne.
Surely one of the most eccentric characters ever to have graced, or rather disgraced, the pages of Debrett’s Peerage, my mother was an ardent Nazi sympathiser who seduced Woolworth heiress Barbara Hutton, drove Cecil Beaton’s brother Reggie to suicide, and slept with Hitler’s henchman Joachim von Ribbentrop.
And all that was before she openly cuckolded my father with a string of lovers, insisting throughout my childhood that I should include this ever-growing list of ‘Uncles’ in my nightly prayers.
That drama on the stairs was just one of many colourful episodes during my upbringing at , the stately home near which has been in my family for more than 850 years and where my mother once entertained British and European royalty and leading lights of the day including Benjamin Britten, John Betjeman and Graham Greene.
They accepted her hospitality at a price. She was once described by her friend John Mortimer as ‘a great beauty’ but ‘endlessly quarrelsome and singularly unforgiving’ and this was certainly true when it came to her treatment of my father.
Bit on the side: SS general Joachim von Ribbentrop was the lover of Lady Camoys, with her very obviously having an affair more than likely with her husband knowing
Bit on the side: SS general Joachim von Ribbentrop was the lover of Lady Camoys, with her very obviously having an affair more than likely with her husband knowing
She tolerated his presence only so far as was necessary to satisfy the craving for money and social standing which stemmed from her impoverished childhood.
Her mother Frances Stourton was an army major’s wife, deserted by her callous husband when he discovered that she was sleeping with a dashing Spanish diplomat named Don Pedro de Zulueta — but not before he had embezzled her substantial inheritance. My mother was the result of that liaison. Born in in 1913, she was brought up by Feckless Fanny, as she called her mother, in a flat above a butcher’s shop.
Although she never forgave my grandmother for the reduced circumstances into which she was born, she was immensely proud of her aristocratic blood, her father coming from a family of Castilian grandees.
She often proclaimed that she was ‘an aristo Spanish bastard’ and soon exploited her exotic beauty, seducing wealthy beaux including department store tycoon Gordon Selfridge, 47 years her senior.
This secured her an entree into fashionable society where she found what promised to be a lucrative source of income in the form of sexual blackmail.
One of her targets was society photographer Cecil Beaton’s younger brother Reggie, an RAF officer whom she knew to be gay. They were supposedly friends but when they met for dinner one evening in October 1933 she threatened to reveal his homosexuality unless he agreed to meet her for tea the next day and hand over a large sum in cash.
Later that night Reggie jumped to his death in front of a London Underground train. Far from showing remorse, my mother let it be known that she would tell the Beatons’ mother the reason for his suicide unless Cecil let her sit for him.
The result, a beautifully composed portrait by the most celebrated photographer of the day, confirmed her status as ‘one of society’s loveliest girls’ as one newspaper described her, and in 1935 she caught the eye of Barbara Hutton who employed her as her social secretary. Vulnerable and gullible, ‘my own darlin’ Barbara’, as my mother called her, was then on the second of her seven husbands.
Her third would be Cary Grant, one of the biggest heart-throbs of the era, but she is also said to have taken various female lovers, including Greta Garbo. This made her an easy target for my mother, who flirted her way into her bed and remained there as long as it took to secure various magnificent gifts, including a diamond and ruby brooch, and a watch studded with sapphires and emeralds, both from Cartier.

“My grandmother refused to attend my parents' marriage, weeping with what proved justified concern for her son”


Adapted from ’s Wife by Julia Camoys Stonor, published by Stonor Lodge Press and available as an ebook from www.Amazon.co.uk  at £5.99. © 2012 Julia Camoys Stonor
Julia Maria Cristina Mildred Camoys Stonor (born 19 April 1939) is the eldest daughter of Sherman Stonor, 6th Baron Camoys by his wife Jeanne Stourton. She is best known for her books about her family, exposing long-suppressed family scandals and her claims to be the rightful heir to the Camoys barony. 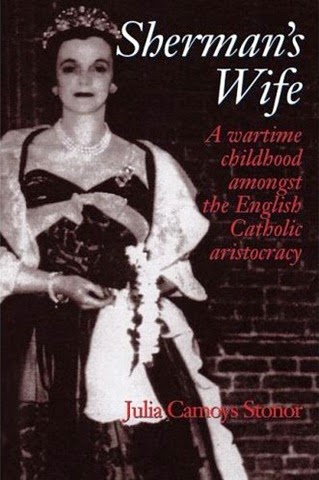 There can seldom have been a better first sentence in a book by a daughter about her mother: ‘“Heil Hitler!” shouted Mummy as she pushed Daddy down the stairs at Assendon Lodge.’ Even better, the next few lines reveal that the second world war was in progress at the time, Daddy was in uniform, and the author was watching and listening from her hiding place under the said stairs.

Alas, the rest of the book fails to live up to its brilliant opening. This is a pity, because Julia Camoys Stonor has a bloodcurdling tale to tell and a monstrous parent to describe; and apart from taking the lid off her family, she has a serious purpose — to indicate just how strong, in certain pre-war English upper-class circles, sympathy for Hitler and Franco could be. This fact is not, of course, unknown; but with proper editing her book could have filled in another corner of the tapestry and been useful to historians. Repetitive and at times wildly overwritten, it reads, instead, as if it has not been edited at all.

Nevertheless it is quite a story. Julia Stonor’s mother, Jeanne, née Stourton, was a society beauty from a well-connected tribe of Catholic grandees. Jeanne’s flighty mother had an affair with a Spanish aristocrat, Pedro de Zulueta, who was acknowledged to be Jeanne’s father; one of her great-uncles was the Spanish ambassador in in the 1930s, and another was a cardinal and adviser to two Popes. By her daughter’s account, the dark-haired, volatile Jeanne, with her rapacious appetite for money and sex, her complete disregard for convention, her alarming mendacity and her streak of cruelty, exhibited all the faults the English like to associate with the Spanish; oddly, even the photographs in this book give her the alarming look of a Goya cartoon. She boasted of being an ‘aristo Spanish bastard’ and was much given to shouts of ‘Olé’.
Publicada por Jeeves em 05:28