Atalanta Motors is a new British car company created in 2011 by Martyn Corfield to relaunch the dormant 1930s Atalanta which stopped production due to the war after a production run of only 21 cars.

Initially announcing the rebirth of the marque in 2012 with the retro-designed Sports Tourer, Atlanta Motors displayed another car at the 2014 Concours of Elegance at Hampton Court Palace, but production models have yet to be announced.

The new Atalanta is built from hand-beaten aluminium panels over an ash wood chassis, with a claimed 90 per cent of the components designed and engineered in-house. The Atalanta features disc brakes, rack and pinion steering and is powered by a 2.5-litre 4-cylinder engine producing 200 bhp
(149 kW; 203 PS 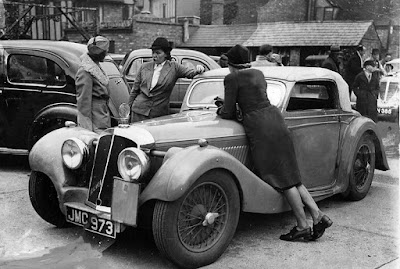 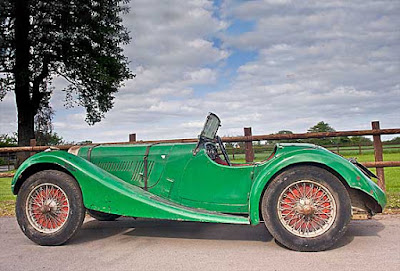 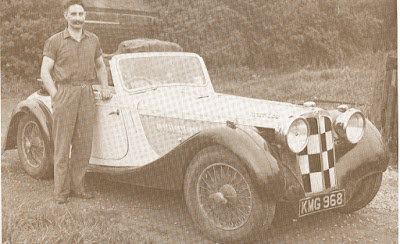 Atalanta car company reborn after 75 years
The car company that faded into existence during World War Two is finally revived
One investor is trying to change the perception that the days of British motor engineering are long gone.
Martyn Corfield has brought Atalanta, a motor company that stopped producing cars during World War Two, back to life.
The car manufacturer was founded in 1936 and was the most technically-advanced vehicle of its time, Mr Corfield said.
"It's a British motor company with good heritage that's been lost in the years", he said.
Mr Corfield enquired about the dormant company in 2006 and has since brought it to new glory.
http://www.telegraph.co.uk/motoring/classiccars/11084157/Atalanta-car-company-reborn-after-75-years.html 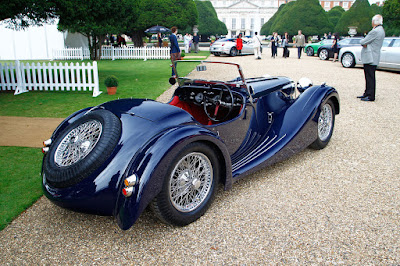 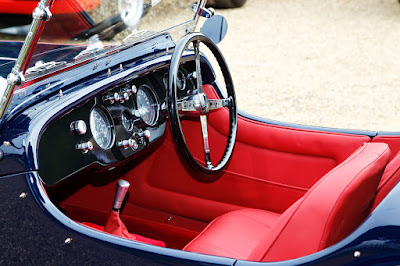 Atalanta Motors today brings its original vintage sports car up to date. Acknowledging over 75 years of automotive evolution, yet remaining true in spirit and sympathetic to the style and function of the original Atalanta sports car design.

Established in December 1936 and based in Staines Middlesex, Atalanta Motors Ltd designed and produced innovative and exciting sports cars for just over two years before the outbreak of war halted development and production after only about 22 cars were made.

Atalanta cars were available in a variety of configurations including an open two seat sports car, two door saloon and a drop head coupe; these advanced and expensive sporting cars were regularly tested by both their owners and the works in various competitive events with some success in the late 1930’s. All Atalanta models benefited from a lightweight construction that contributed to delivering excellent performance and coupled with revolutionary road holding (that was reviewed in a 1939 road test as “beyond criticism; rough, almost colonial sections can be treated like main roads. The Atalanta has the tenacious quality of a racing car when cornering, and it is nearly impossible to cause the tyres to squeal”) the cars gave great traction and high levels of grip.

Our objective is again to provide discerning owners with a stylish, exhilarating drive, with easily accessible ‘torque derived’ performance; a comfortable ride with assured traction yet engaging handling that delivers driver satisfaction even at modest speeds.

Remaining true to the original design ethos, delivering sporting performance by employing modern materials and technology, today’s car enhances the positive and enjoyable characteristics of vintage motoring in a reliable and usable package that is relevant to today’s driving environment. 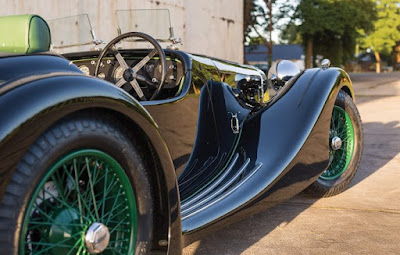 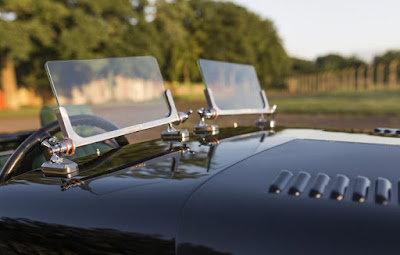 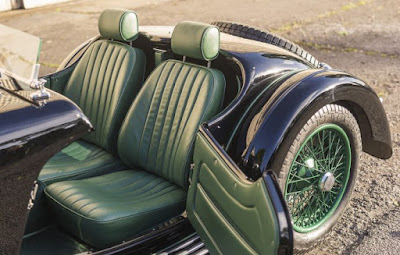 Each car is built to order. Traditionally hand crafted from scratch, with automotive advancements discretely packaged within the elegant lines of the original 1930’s design.

The New Atalanta is neither a recreation nor a facsimile of any other motor car from a bygone era. It is the perpetuation of an original exquisitely crafted sports car, that provides prospective owners with an authentic opportunity to demonstrate truly individual style and good taste.

Responsive performance and a comfortable ride, coupled with engaging yet benign handling, delivers an exhilarating drive even at modest speeds.

Remaining true to the original design and hand crafted ethos, all round performance is assured through employing modern materials and technology only where appropriate.

As a result, todays Atalanta enhances the positive and more enjoyable characteristics of vintage motoring whilst providing the much improved performance, reliability and safety so relevant to today’s driving environment.

As befitting a traditional coach built car, our clients are engaged in the creative process, defining their Atalanta’s style and final appearance.

Infinite possibilities are available from specification of any paint and trim combination, to influencing the more subtle and individual points of finish and fine detailing.

Not just an individual statement, at its core the new Atalanta will always be an authentic and impeccably British sports car rarity.

By Telephone
If you are interested in coming to talk to us please telephone to make an appointment.